How to Try Out Apple’s OS X El Capitan 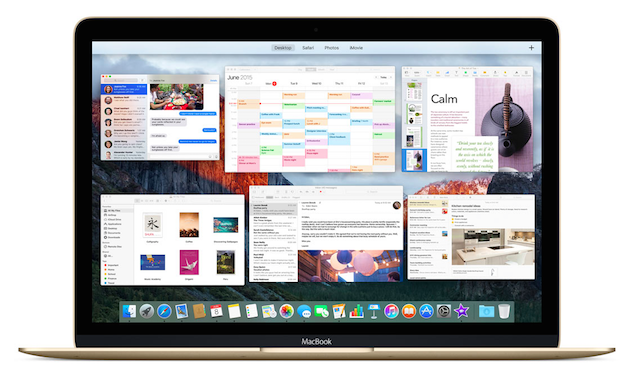 You’ve likely heard that Apple will release a new version of its OS X operating system this fall. But you won’t have to wait until September to try it out because Apple just released a beta version of OS X El Capitan for anyone to download and test-drive. Ars Technica’s Andrew Cunningham notes that there doesn’t appear to be any limit to the number of users who can test-drive the beta of El Capitan, while the Yosemite public beta that Apple released last year was only available to the first million people to sign up.

The main reason for Apple to share a pre-release build of the software with the public is to gain valuable feedback on bugs and issues. Apple explains on its website for the beta software program that the feedback you provide on the pre-release software will help the company to identify and fix potential issues. And just like any other company offering users the opportunity to download beta software, Apple warns, “that since the public beta software has not yet been commercially released by Apple, it may contain errors or inaccuracies and may not function as well as commercially released software.”

But if the warnings don’t change your opinion and you’re still ready to go ahead with the download? Here’s how to install the pre-release build of Os X El Capitan. Before anything else, you should thoroughly back up your system. To actually install the beta software, you’ll need to sign up for the beta software program on Apple’s website by signing in with your Apple ID, or creating an Apple ID.

Participating in the program and downloading the software are both free. As a member of the program, you’ll be able to enroll your Mac to get the latest public beta, as well as subsequent updates that Apple will release in the future, directly from the Mac App Store. Just follow Apple’s instructions to download and install the software.

The OS X El Capitan public beta ships with a Feedback Assistant app, which you can use to report any bugs or issues to Apple. You can open Feedback Assistant from the Dock or from the help menu of any app under the option to “Send Feedback.” Apple tells users, “when you come across an issue that needs addressing, send your report directly to Apple with Feedback Assistant.”

The build also just bring significant improvements in your Mac’s performance. Jason Snell reports for Macworld that Apple claims that in El Capitan, apps will launch up to 40% faster and switching between apps will take half the time thanks to the company’s adoption of Metal, the high-speed graphics technology that came to iOS last year. Apple is already using Metal for its key graphics technologies.

As with any other pre-release software, you’re likely to encounter a few bugs and crashes if you choose to run the beta software. That means that you should back up your Mac using Time Machine before installing the beta software in case problems arise with the operating system or with apps.

Additionally, Apple cautions users against installing the software on anything other than “non-production devices that are not business critical,” and even suggest installing it only on a secondary system or device, or on a secondary partition on your Mac. (Ars Technica has directions on creating a test partition here.) An old, backup Mac is a great candidate, especially because the El Capitan beta will run on any machine that can run Mountain Lion, Mavericks, or Yosemite — which includes some machines dating back to 2007 or 2008.

TechCrunch’s Sarah Perez reports that while there isn’t an official downgrade path if major problems do come up, there are a few ways to revert back to stable version if need be. As Apple’s website explains, “If you would like to go back to a previously released version, you must first erase the beta software, then re-install the latest shipping version of OS X, and finally restore from your Time Machine backup.”