How to Update iTunes on Windows or Mac

Trying to figure out how to download and install an iTunes update? Read on for the easiest way to update your software, whether you’re on a Mac or a PC | Source: Apple.com

Of all of Apple’s software platforms, the one that you’re most likely to use on your computer, whether you have a Mac or a PC, seems to be iTunes. It’s not only a useful place to manage the giant media library you probably still have, but it’s also an essential piece of software for managing any Apple devices you may own. And as Jacob Kastrenakes reports for The Verge, Apple recently released an iTunes update that makes an attempt at improving the user interface and simplifying navigation. (Whether that attempt was successful or not depends on whom you ask.)

To get the latest features and design improvements that Apple has released for iTunes, you’ll need to make sure that you’re running the latest version of the software. You can easily check to see if there’s an iTunes update for you to install whether you’re on a Mac or a PC. On a Mac, just open iTunes, choose iTunes and then Check for Updates in the menu bar. Then, you can follow the prompts to install the latest version. Or if you’re on Windows, just open iTunes, click Help and then Check for Updates, and follow the onscreen instructions to install the latest iTunes update.

If you aren’t prompted to install a new version of iTunes when you check the program on your computer, that means that you already have the latest version that your operating system can support. However, some features may require a newer version of iTunes than your system supports.

In addition to opening iTunes on your computer and checking for an update there, you can also download an iTunes update on Apple’s website. If that’s the route you choose, you can easily select iTunes for Mac or iTunes for Windows. When you’re on Apple’s website, you can also check the system requirements for the iTunes update you need to download, and review whether your system meets the requirements for the features that you want to use.

Currently, the basic requirements for an iTunes update for Mac include OS X version 10.8.5 or later (and Apple Music requires OS X version 10.9.5 or later), plus 400MB of available disk space. To install an iTunes update for Windows, you’ll need Windows 7 or later, and 400MB of available disk space. On Mac or Windows, your computer will also need to meet minimum hardware requirements to take advantage of all of the latest iTunes features.

As Ian Paul reports for PC World, installing an iTunes update on a Windows machine can be a headache. If an iTunes update is refusing to install, your first line of defense should be to try updating a program called Apple Software Update, a utility that manages things like the iTunes update you’re trying to install. When you start the program, it will look for updates to any Apple software you have installed on your computer. You should deselect everything except the update for the Apple Software Update program itself. If that update installs correctly, then the program will be able to search for updates again, and install an iTunes update without a problem. 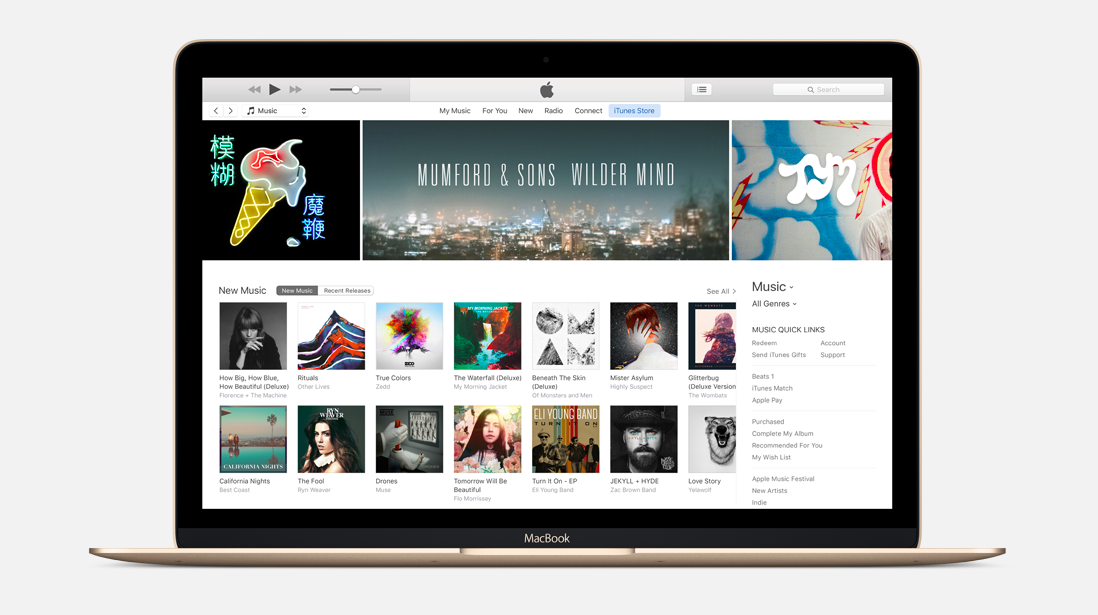 Though Apple only recently released iTunes 12,4, another iTunes update is expected sooner rather than later. Kirk McElhearn reports for MacWorld that there are still “some elements of iTunes that need a refresh.” For instance, Apple Music Connect is still present even though Apple has dropped hints that the feature would be removed. Additionally, you still can’t get from the iTunes Store to Apple Music, which may change when Apple Music is refreshed. However, the update addresses many of the criticism leveled at iTunes 12. And, as you might expect from a good iTunes update, this update makes the app more usable and a little more intuitive.