How to Wear the Looks From New York Fashion Week: Men’s

One of the most handsome new dates on the calendar, New York Fashion Week: Men’s, just wrapped up its second season, but the reverberation from the designers’ runway styles is still going strong. The major Fall 2016 trends that started across the pond during the first three legs of menswear fashion presentations in London, Milan, and Paris, only earned further momentum in the Big Apple with everything from the glories of grunge to the mystique of mega-voluminous silhouettes making a statement.

But how do you really wear all those fashion show ensembles in real life — without looking as if you’re a GQ wannabe or a rapper gone wrong. The trick is in paring down the sartorial over-exaggeration and increasing the effortless vibe. Simple is often better. Translate runway to reality without a hint of try-hard with this how-to guide that will have you modeling the most take-home-ready trends in no time flat. 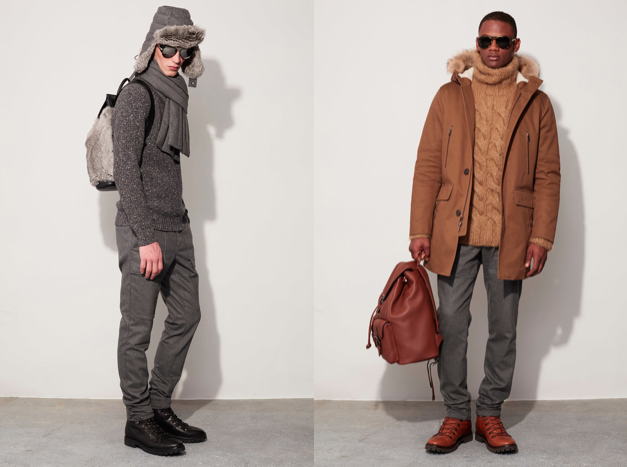 No matter your stance on fur, by next fall, you’ll want to invest in one (or more) faux or for-real versions. YOU don’t have to wear a full pelt to embrace this look — although you certainly could with Michael Kors Collection’s Fall 2016 long furry overcoats. But if you aren’t ready to get that wild or if you live in a more moderate, less arctic climate, start with a hood accented fur or carry another major accessory trend — the backpack — that boasts a softer side. A fur-lined jacket is also a good option that is a conservative yet effective way to wear the touchable trend. Just don’t blame us if everyone wants to pet you.

Wearing high-waters never looked hotter than in fall’s new crop of pants with abbreviated hems. Hitting just above the ankles, trousers from the collections of Jeffrey Rudes and John Elliott among others provided a fresh spin on the traditional bottoms. We love the look styled with a natty pair of brogues sans socks. But for a slightly warmer and less boundaries-pushing rendition, wear the shorter pants with dress boots. 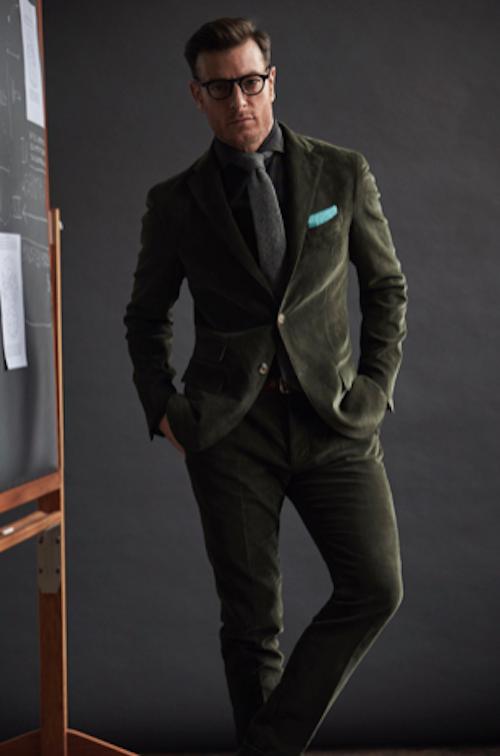 Green is definitely the new black for Fall 2016. And, with all apologies to Pantone’s pink and blue colors of 2016, we couldn’t be happier about this grassier fresh hue. While designers explored all measures of warm, natural tones for their fall palettes, the earthiness of olives and deep jade defined the green scene. The color took over the runways at Public School, Zachary Prell, Michael Bastian, Billy Reid, Simon Miller, and so many more. Todd Snyder had a whole section devoted to several different shades — a dark forest-green trench coat was particularly wearable and easy to throw on over a suit or denim alike. Ovadia & Sons’ took the color for a military spin. And, Michael Bastian simply went for monochromatic elegance, giving us all a lesson in the most effortless way to be green.

Layering is nothing new, but for Fall 2016, designers introduced a new way to wear a pile of different pieces. Far too many runways to count got in on the game, including Greg Lauren’s mega-loaded-up looks, but the most interesting moments were the brands that played with proportion in new and unexpected ways. Perry Ellis paired a layered jacket and a knit over a suit while John Elliott worked similarly cropped angles with a short-sleeve puffer coat over a sweater. This is one place where all the seams don’t have to match up. 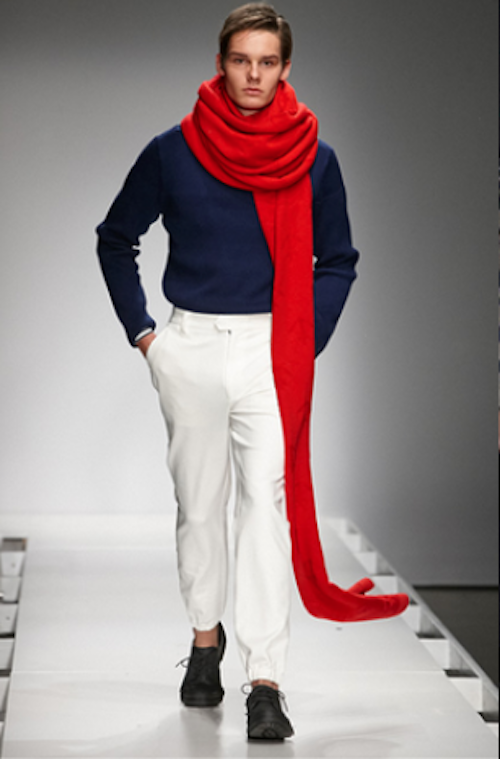 Sometimes a trend is not only, well, trendy but also quite functional. Such is the case with the long, duster scarves that wrapped up a range of different runways. The floor-scraping accessory not only provides a warm shield from those brisker days, it also is nothing short of a hot addition to a range of work and play ensembles. Nautica showed the sportier side of the nubby knit with looks that would be equally at home at a ski chalet or a city street. CWST added a touch of grunge to its accessorized looks while Michael Kors kept his classic and cool. All in all, the trick to wearing the long and strong scarf is all in the effortless wrap. If you want less volume around your neck, just fling the accessory once around and call it a day.

As much as we want to speak of the brilliant ways to wear the no-hands trend, there aren’t a lot of practical implications for this particular look. It’s another iteration of the voluminous silhouettes we’ve been seeing for several seasons, albeit a bit less pragmatic than baggy pants. McQ Alexander McQueen, Gypsy Sport, and Ovadia & Sons all sent out hands-free, super-long sweaters that fit right in. Part of the boyish charm is undeniably in the son-wearing-dad’s clothes aesthetic. But, guys, like it or not, you’ll have to roll up your sleeves on this one to make it work on the daily — but we say go for it and be as hands-free as possible. Or, meet in the middle, and wear a finger-less sweater glove as the Todd Snyder show so brilliantly demonstrated.