iOS 9: The 4 Best New Features for Your iPhone or iPad

Apple introduced its new iPhones on Wednesday, September 9, and is following up the high-profile media event with the release of iOS 9 on Wednesday, September 16. You may be planning to upgrade to the new operating system right away, or to wait a few days — or even a week or so if you have an older device — to make sure that there aren’t any early bugs that need fixing. But after you back up your iPhone or iPad and wait through the suspenseful download and install process, what can you expect of the new mobile operating system?

iOS 9 will bring a number of under-the-hood improvements, as well as new features that you haven’t yet seen on your iPhone or iPad. The result is a new operating system that should make your device run more efficiently, offer you new functionality throughout the operating system, and introduce brand-new apps as well as new versions of existing apps.

Brian X. Chen reports for The New York Times that the rollout of the latest version of the mobile operating system should be smoother this year than last year, when Apple released iOS 8 and some iPhone owners reported major bugs, including one that disabled cell phone service and another that made the Touch ID fingerprint sensor stop working. The rollout of iOS 9 should be less eventful in part because Apple enabled users to test-drive and offer feedback on early versions of the operating system. Chen reports that he tested preview versions of iOS 9 for two months, and on multiple Apple devices. While he ran into a few minor bugs, he reports that there were “no significant issues.”

So what should Apple fans expect when they update their devices to iOS 9? Read on to learn about the four best new features that your iPhone or iPad will gain with the new mobile operating system. 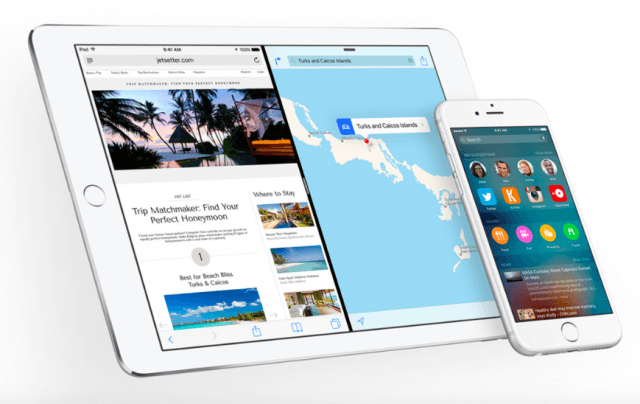 With the iPhone, as with most smartphones, a persistently annoying problem is the battery, which almost never lasts as long as you’d like it to. iOS 9 integrates new mechanisms to conserve battery power and improve your iPhone’s battery life. Chen reports that if you put your iPhone facedown on a table, it won’t light up with notifications, since the sensors will know that it isn’t placed face up for you to see them. Apple has updated the operating system’s built-in apps to run more efficiently and consume less power. It also added a new low-power mode, which, when activated, will turn off power-thirsty features like animated wallpapers and motion effects.

Apple says that these advances should afford users an extra hour of battery life, or three extra hours of battery life with the new low power mode on. Chen, in testing the preview operating system on a new iPad Air 2 and a two-year-old iPad mini, reports that he didn’t experience “noticeable leaps” in battery performance, but an Apple spokeswoman said to reserve battery testing for the full, official release of the operating system.

When Siri was introduced four years ago, the virtual assistant was showered with praise — until users tried it and reported that it was often unreliable and its capabilities limited. Apple is expanding Siri’s functionality significantly in iOS 9, making the virtual assistant “better at understanding you, using the context of your data.” Siri is also more tightly integrated into the operating system’s search tool.

You’ll be able to search for photos stored on your iPhone or iPad by the date or location of the photo, or by the album name. Or when you swipe to the left of the home screen to call up the search bar, you can type in the same kinds of commands you would say to Siri to bring up the same results. The operating system will also study the patterns of your actions to make recommendations based on the apps that you open most frequently or the actions that you perform. 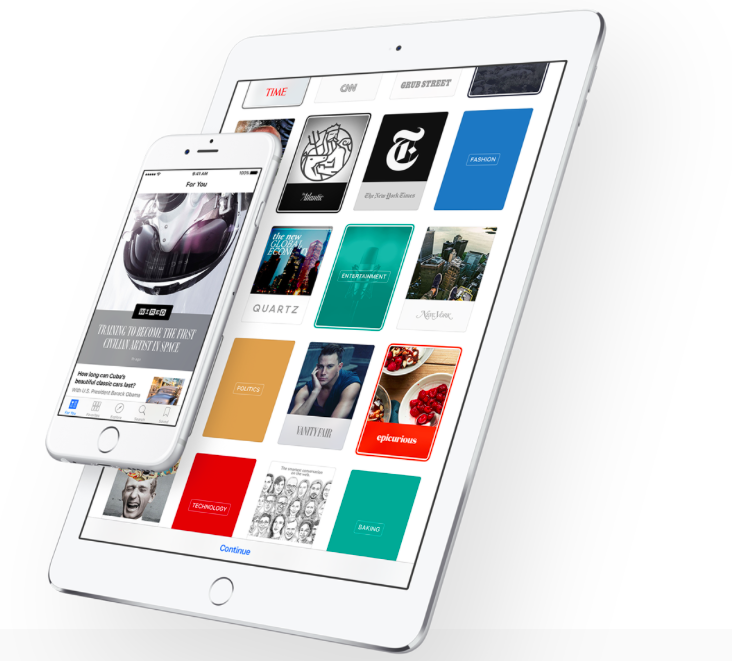 iOS 9 does away with Newsstand and replaces it with the News app, which Chen reports “works like Apple’s Music app by creating lists of recommendations for articles you might like to read based on your preferences.” When you first open the News app, you’re asked to add some of your favorite publications or topics you’d like to read. The app reformats articles into a magazine-style layout, and emphasizes photos over text. Apple’s iOS 9 page notes that articles are pulled from “a wide range of sources, from top news organizations to indie publications.”

With iOS 9, users will also gained an improved Notes app, with new options to make checklists; add photos, apps, and web links; and sketch with your finger. You’ll also be able to add to new or existing notes via the Share button in Safari, Maps, and other apps, and access your notes across your devices with iCloud.

The Maps app is gaining public transportation routes and directions in select cities around the world, and will be able to show you lines and stations for subways, buses, trains, and ferries. The new Nearby feature will show you what’s around you, in categories like Food, Drinks, Shopping, and Fun.

A new iCloud Drive app built in iOS 9 will enable you to access any file you’ve saved to iCloud, either by searching the app or browsing files by date, name, or tag.

Chen reports that the customers who will be most significantly affected by iOS 9 are those who own iPads, especially the latest, high-end models. Apple is adding iPad features that enable the tablet to function more like a traditional computer, including the new ability to run two apps side-by-side, called Split View; the ability to open a second app without leaving the one you’re in, called Slide Over; and the ability to scale down a video or FaceTime window to a corner of the display, called Picture in Picture.

Not all iPads, however, will get these new features. For the time being, only the iPad Air 2 will support using two apps at the same time. Users of less-powerful iPads will be able to view two apps at the same time, but interact with only one at a time. Watching video while using another app will work on the iPad Air 2, the second and third-generation iPad mini, and the older iPad Air, but not any tablets older.