The New iPhone 8 Is Doomed to Backfire Horribly for Apple

With the recent leak of the new iPhone 8 specs, the internet is ablaze with excited fans showing their love for Apple products. So far that has worked out great for Apple, as it has curated its products to offer cutting-edge communications technologies.

But is all the hype really something to get excited for? With an introductory price that’s through the roof, many are wondering if Apple can measure up to hype, or if it’s simply bound to continue to free-fall in the post-Steve Jobs era. Here’s what we know.

The $1,000 price tag is not going to be something that consumers can absorb

Apple is offering its new iPhone at the round price of $999 a pop. This hefty price tag may be a little too much for the market to absorb. In our own humble opinion, if they’re going to charge that price, the phone better be built in the United States (hint: it won’t). The iPhone was always a desirable product because of its sleek design and user experience, but with a price tag like this, that reputation may not be enough for people anymore.

Next: Apple has tried this before, and it did not go over well.

They have tried to offer high-end products before

Remember the Airpods that Apple created when they got rid of the headphone jack on the latest iPhone? Odds are, you haven’t exactly seen them spreading like wildfire (at least not like the white cord that seemed to be flopping around everyone’s neck a few years ago). The reason most cited by consumers for not buying into Apple’s AirPods is that they were too expensive, at a hefty $159 price point. Between that, and concerns about the lack of a cord, it’s been a tough sell ever since its launch.

Next: What’s so innovative anymore about the iPhone? 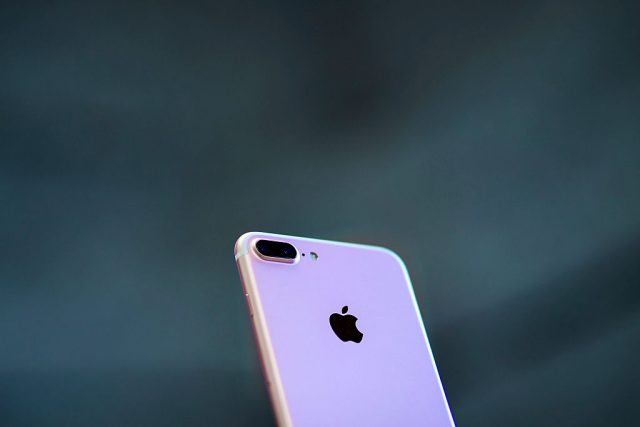 An iPhone 7 Plus with its new dual camera is displayed at Puerta del Sol Apple Store the day the company launches the iPhone 7 and 7 Plus. | Gonzalo Arroyo Moreno/Getty Images

It may seem that the iPhones, or any Apple product, are the state of the art. But realistically, Apple hasn’t provided us with any truly groundbreaking technology in a long time. In fact, many of the components that they use have already been on the market for awhile now, including facial recognition, high definition touch screen, high definition cameras, high speed/capacity processors, and wireless charging. Unless they give the new iPhone a perpetual energy battery that never runs out, or can produce a hologram, consider us amused, but not impressed.

Next: Will the torches and pitchforks come out?

A man listens to an iPod MP3 player through earphones. | Ian Waldie/Getty Images

Aside from the price of the Airpods that Apple was offering, consumers were generally (for lack of a better word) pissed. It seems that the iPhone user really likes to keep things the same for the most part. They do enjoy innovation and forward-looking technologies, but for the most part they value the user experience over anything. So when something goes to disrupt that comfort, consumers tend to be a little skittish. Even a change in color can have adverse effects, as we saw when the iPhone 5c offered just that.

Next: Apple could be shooting itself in the foot.

Apple could be cannibalizing its own market

Apple’s new smartwatch is looking like it may have its own LTE connection. The watch itself has been slow to catch on, but it has been a success. Now, if it can in fact operate independently, it may not necessitate the phone itself. For a lot of iPhone users, the watch has allowed them to put the phone away and just use the watch to address updates and messages in a more socially acceptable way. So who’s to say people won’t simply forego the $999 phone, and just get the watch instead, while maintaining their current model until the price comes down?

Next: Apple has an ace up its sleeve to make this product a success.

The Apple logo is displayed at the Apple Store on Fifth Avenue in New York City. | Eric Thayer/Getty Images

Inherent obsolescence is the idea of creating something that is almost guaranteed to break down or become obsolete. Apple is the king of updates, and many of its products get a new update about once or twice a month. With so many iterations of iOS (iPhone Operating System), eventually the computing power of the phone won’t be able to keep up. Therefore the consumer is going to have to either upgrade, or switch their product manufacturer. That in itself could backfire on Apple if its consumers turn their backs on the $999 price tag.

Next: Customer loyalty is everything to Apple, but will it hold the course for success?

Customer loyalty will be put to the test

A man walks down the street with the white headphones of the Apple iPod. | Spencer Platt/Getty Images

Apple has built its design and user experience around a unique consumer culture. Fans wait patiently in long lines, often overnight, just to be the first ones with the newest Apple gadget. But there may be a strain on that loyalty if the customer base is unable to absorb that hefty price tag. That all being said, it could be that the loss in loyal consumers will be outweighed by the massive hype surrounding the release of any new iPhone.