iPhone 8 Release Date and Features: All the Rumors So Far 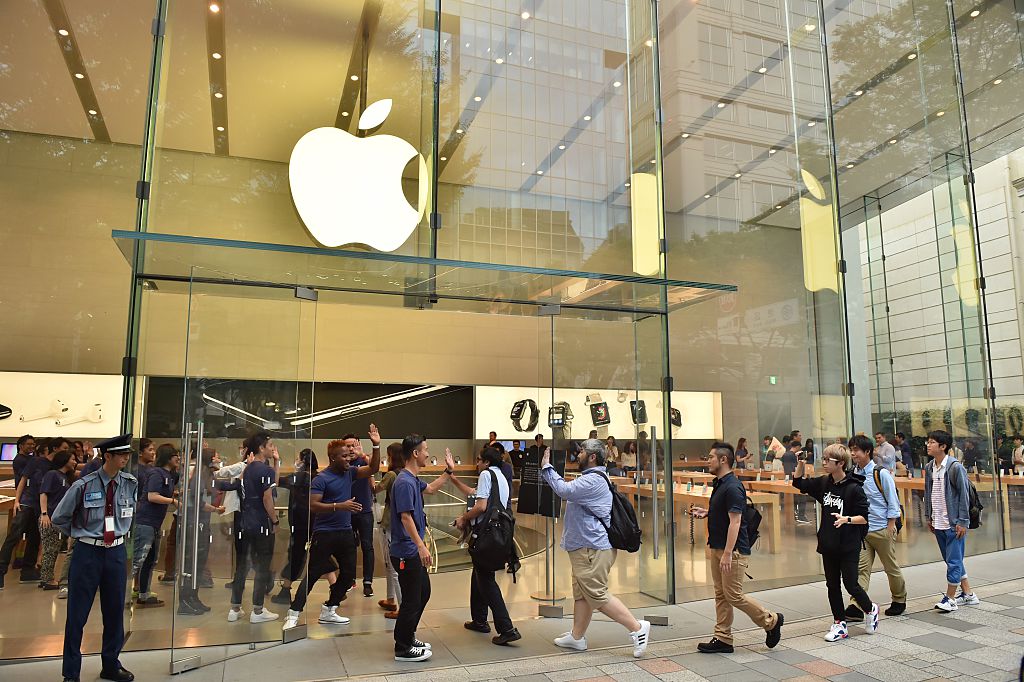 Rumors are already circulating about what Apple will introduce on the iPhone 8 release date. Here’s what we know so far about the 2017 iPhone. | Kazuhiro Nogi/AFP/Getty Images

Even before Apple had officially introduced the iPhone 7, the ever-active Apple rumor mill was already speculating about what choices Apple will make with the iPhone 8 (which, alternately, could be called the iPhone 7s). Everything about an upcoming iPhone — from its release date to its features, its design to its specifications, and its software to its price — is discussed at length by the Apple rumor mill. In the coming year, the same will be true of the iPhone 8 release date, the phone’s new features and specifications, and any design changes that Apple may or may not introduce with the 2017 iPhone. (As we saw with the iPhone 7, not all of those rumors will end up proving true.)

The iPhone 8 release date will be the day that Apple fans have the most reason to look forward to in 2017. While plenty of Apple fans are still considering whether they should upgrade from an iPhone 6s or older model to the iPhone 7, some have already decided that they’re going to wait for Apple’s 10th-anniversary iPhone instead. Apple is expected to release a new model, tentatively dubbed the iPhone 8 by the rumor mill, with new features, upgraded specifications, and the latest version of iOS.

Since before Apple’s launch event for the iPhone 7, we heard plenty of speculation that the iPhone 8 could bring a major redesign, an edge-to-edge display, and a Touch ID sensor integrated right into the screen. What’s gotten even more Apple fans talking is the rumor that Apple could introduce three iPhone 8 models, including one with an OLED screen. In the year ahead, it may get a little bit difficult to figure out which rumors you can trust and which features are actually likely to appear on the iPhone 8.

Read on to learn what we know so far about the iPhone 8, and which rumors seem the most plausible so far. And make sure to bookmark this page for an easy way to stay up to date as we get new information about the iPhone 8 release date, features, specifications, and price. 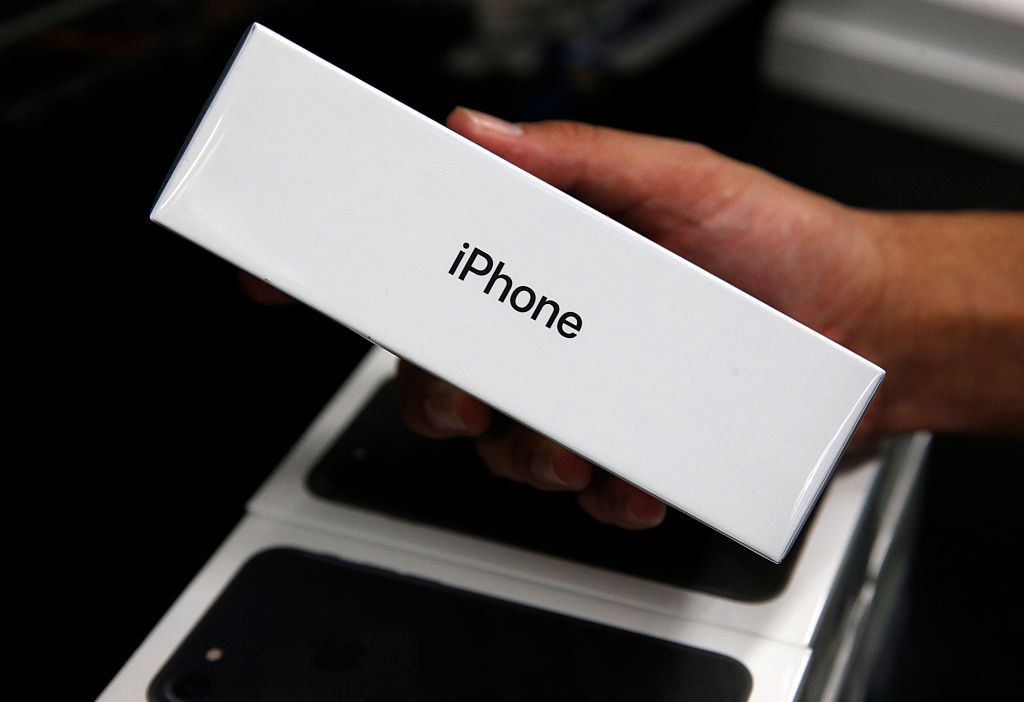 2017 will bring the 10th anniversary of Apple’s iPhone, and it seems safe to expect that Apple is planning a major event to celebrate that milestone. (Hence the tentative consensus that Apple’s 2017 iPhone will be named the iPhone 8, instead of the iPhone 7s, as tradition would dictate.) But when exactly that event will come is likely to be the subject of debate until shortly before the event is actually announced. Apple has made a significant change to its iPhone launch schedule only once: when it switched from the June and July releases it chose for its first four iPhones to the fall launches it’s chosen for the rest, with the iPhone 4s launching in October and all subsequent models launching in September. 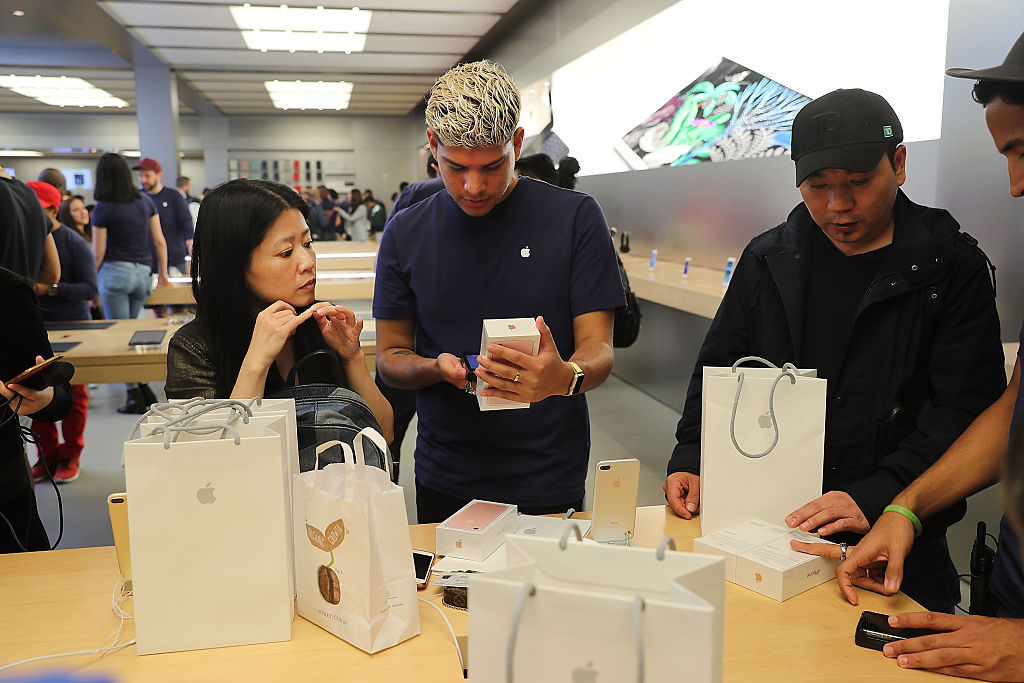 Major redesign: The first thing that most Apple fans and analysts expect from the iPhone 8 is a major redesign. Bloomberg reported in August 2016 that Apple was already at work on a major redesign of the iPhone for 2017 — one that “focuses more heavily on the display by removing the Home button.” Back in 2015, Apple Insider reported that an iPhone without a home button was on Apple’s roadmap, and would require Apple to build functionality like the Touch ID fingerprint scanner into alternate locations on the iPhone. Brian X. Chen reports for The New York Times that the 2017 iPhone “will have a full-screen face with the virtual button built directly into the screen,” and Apple Insider reports that a “virtual button” would have to combine the iPhone 7’s pressure-sensitive technology with “some sort of onscreen representation, possibly even when the phone is otherwise sleeping. It’s also unclear how Apple would handle Touch ID, one option in theory being turning to iris scanning as a replacement.” Apple has since patented a fingerprint sensor that would work through displays and enable Apple to do away with the traditional home button, and perhaps opt for an edge-to-edge screen.

Edge-to-edge screen: Eliminating the home button as part of a major iPhone redesign could enable Apple to implement an edge-to-edge display — which means that users would get a bigger display without a bigger footprint. A June report from The Wall Street Journal’s Daisuke Wakabayashi and Eva Dou claims that the big changes expected with the iPhone 8 could “include an edge-to-edge organic light-emitting diode, or OLED, screen.” Additionally, the Journal reports that Apple chief design officer Jony Iver has long expressed “a desire for the iPhone to appear like a single sheet of glass,” and design ideas for the 2017 iPhone are expected to “push the handsets in that direction by eliminating much of the bezel around the display with the OLED screen.”

Glass and stainless steel build: According to a KGI report seen by 9to5Mac, the iPhone 8 may feature a glass front and back, and stainless steel for premium models. Zac Hall writes that reliable analyst Ming-Chi Kuo expects Apple to adopt a glass front and back design, like that of the iPhone 4 and iPhone 4s. Kuo suggests that Apple could use 2.5D glass instead of 3D glass, a choice that would lead to a more durable build. He also expects that next year’s iPhone models will feature either a stainless steel or aluminum casing, with higher-end models likely to use stainless steel. Such a design choice could also recall the design of the iPhone 4 and iPhone 4s, and Apple could use the differences in metal to push customers toward higher-end models. 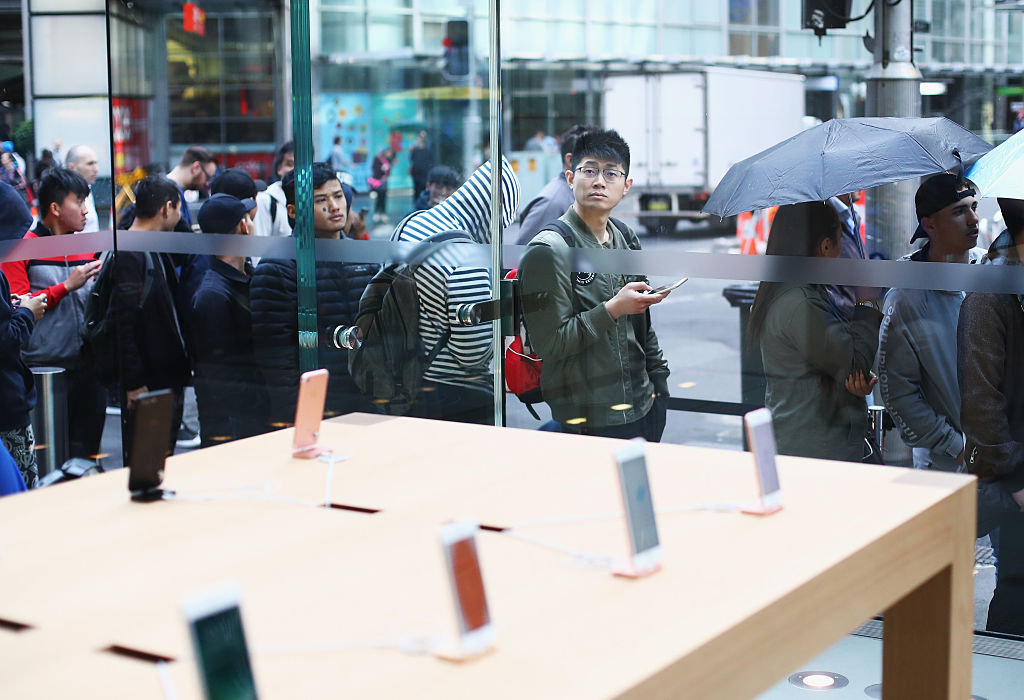 Glass chassis: 9to5Mac reports that according to KGI’s Ming-Chi Kuo, Apple will need to decide among glass, plastic, and ceramic for the casing on its 2017 iPhone. But in Kuo’s assessment, Apple is likely to ultimately settle on glass, “as plastic doesn’t offer thin and light form factor designs, and it would be not easy to precisely control the tolerance of ceramic.” Kuo expects the iPhone 8 to feature a curved display with a curved glass body, plus metal sides and a narrower bezel. According to a recent report spotted by Apple Insider, Taiwanese firm Mirle Automation has developed forming machinery to create a curved glass chassis for Apple’s 2017 iPhone. And according to 9to5Mac, Foxconn is developing a glass chassis for the 2017 iPhone.

Ceramic build: Alternately, Apple’s switch to ceramic for the Apple Watch Edition could mean a ceramic build for the iPhone 8, according to speculation by Cult of Mac’s Killian Bell. Ceramic is four times harder than steel — rated at 8.5 on the Mohs scale of mineral hardness, as compared to steel’s 4.5 rating and aluminum’s rating of 2.5 to 3 — and is almost impervious to scuffs and scratches. Additionally, it can be easily pigmented without the use of exterior paints that tend to scratch and chip, and zirconia ceramic would be much more efficient at carrying heat away from the phone’s processor and components than aluminum. Plus, a ceramic chassis would enable Apple to get rid of the antenna bands, ceramic is easier to manufacture quickly and precisely than metal is, and thanks to lithium ceramic battery technology, the entire case could function as the device’s battery. 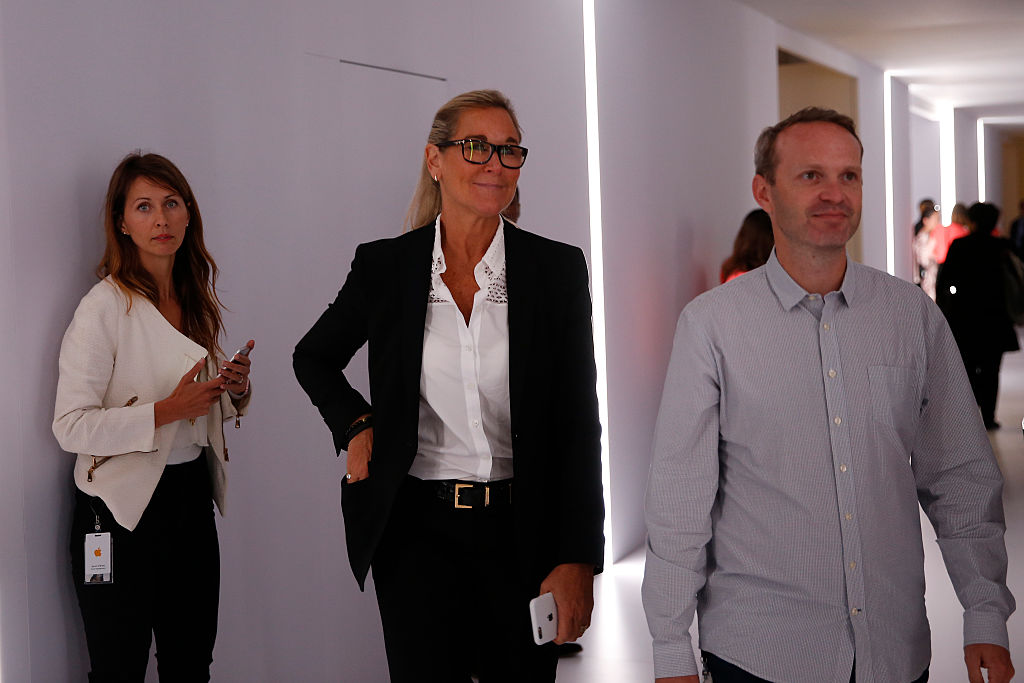 OLED display: At least one 2017 iPhone model could have a curved OLED display, similar to those used in the Edge versions of Samsung’s Galaxy flagships. (There may be up to three 2017 iPhones — more on that in the next section — but OLED screens may or may not be featured across the entire lineup. ) A source that told Japanese publication Nikkei about the curved display didn’t specifically mention OLED technology, but making a curved screen effectively requires it. The report was unclear on whether the other two iPhone models would feature OLED screens, or continue to rely on more conventional low-temperature poly-silicon (LTPS) panels. Mashable notes that Apple already has intellectual property that paves the way for curved screens, and many think that the 2017 iPhone lineup could switch completely to flexible OLEDs from LCDs. And Buster Hein reports for Cult of Mac that a Sharp executive has seemingly confirmed the rumor that the iPhone 8 will feature an OLED screen, telling students at Tatung University that “the iPhone has been evolving and now it is switching from LTPS to OLED panels.”

iPhone 8 models: The 2017 iPhone lineup is already the subject of much speculation. According to a research note from KGI, Apple could introduce a 4.7-inch iPhone 8, a 5.5-inch iPhone 8, and a premium, OLED-equipped iPhone model that could feature a screen that’s sized somewhere between the current iPhone and iPhone Plus. A Nikkei report spotted by Apple Insider claims that Apple will introduce the standard 4.7-inch and 5.5-inch models, plus a premium model that will measure 5.5 inches or larger with a curved screen. On the other hand, a DigiTimes report indicates that a huge 5.8-inch iPhone model could be in the works, and KGI analyst Ming-Chi Kuo also believes that Apple will introduce a new 5.8-inch iPhone in 2017. But Kuo asserts that despite the larger display, the device will feature a form factor that’s ultimately smaller than that of the current 5.5-inch iPhone — which Kuo thinks the 5.6-inch model could entirely replace. More recently, a report from Nikkei Asian Review claims that Apple plans to offer the iPhone 8 in three sizes: 4.7 inches, 5 inches, and 5.5 inches. But an Apple Insider report indicates that Apple’s immediate plans are to stick with its usual 4.7-inch and 5.5-inch models with the iPhone 8. 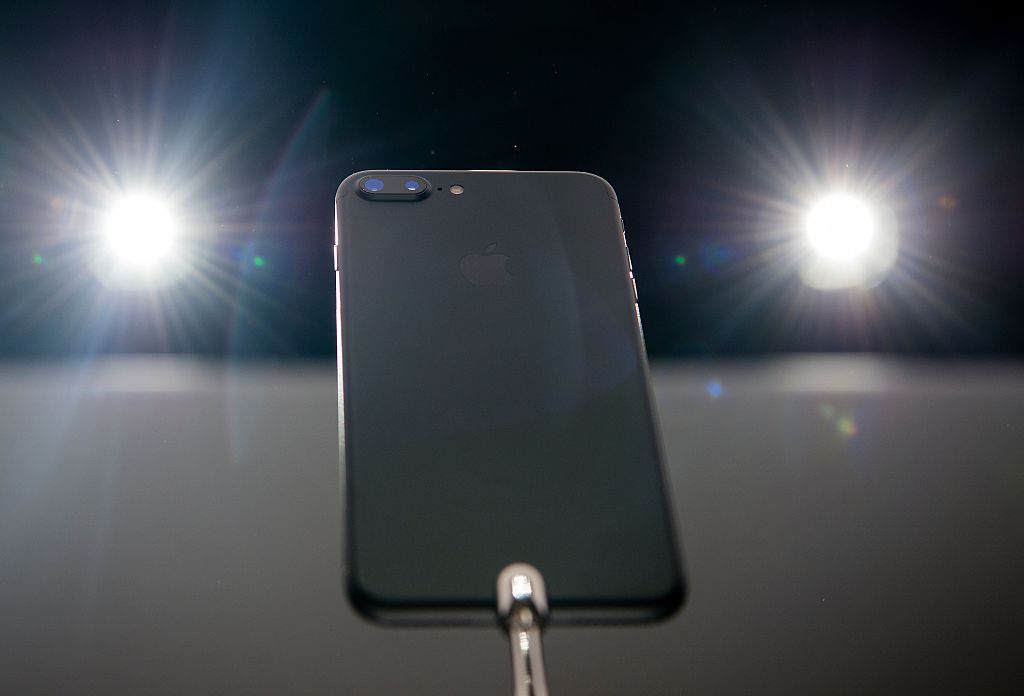 Iris scanner: Scanning your fingerprint may not be the only way for the iPhone 8 to quickly and securely unlock your phone. According to Apple Insider, rumor has it that Apple may implement an iris scanner in its 2017 iPhone. While many of those rumors rely on information from Apple’s supply chain, reliable KGI Securities analyst Ming-Chi Kuo wrote in March that he expects both iris and face scanning technology to debut in the iPhone 8. It’s possible that iris scanning technology could replace the Touch ID sensor entirely on an iPhone without a home button.

Dual camera system: According to Ming-Chi Kuo, the dual-camera system introduced on the iPhone 7 Plus could remain exclusive to the larger iPhone model in 2017 due to the cost of the system and the niche appeal of the dual camera. That means that the camera could appear only on the iPhone 8 Plus model, if Apple continues to offer the same standard and Plus lineup. (If there’s an additional model of the 2017 iPhone, things could get even more complicated on the iPhone 8 release date.) Kuo also expects that optical image stabilization could be added to the telephoto camera, since in the iPhone 7 Plus, only the wide angle camera has optical image stabilization. AppleInsider reports that Apple has patented a “super resolution” multi-sensor camera, which may make its way onto next year’s iPhone 8. A recent KGI note predicts that the iPhone will feature optical image stabilization in both camera lenses across most of the line in 2017, and that about 85% of the line will feature a dual-lens camera similar to that in the iPhone 7 Plus by 2018.

A11 chip: On the iPhone 8 release date, Apple is expected to introduce a new 10-nanometer A11 chip that’s both faster and more efficient than its predecessor. MacRumors reports that TSMC has begun to “tape out” its designs for the A11 chip, and explains that “taping out refers to the initial design of the chip having been completed for creation of the masks that will be used to print the actual chips, although further tweaks are likely as test production is carried out.” As is typical for an Apple chip upgrade, the A11 should be faster, smaller, and more energy-efficient than the A10.