Is Apple Making a Retina Display iMac an Affordable Option? 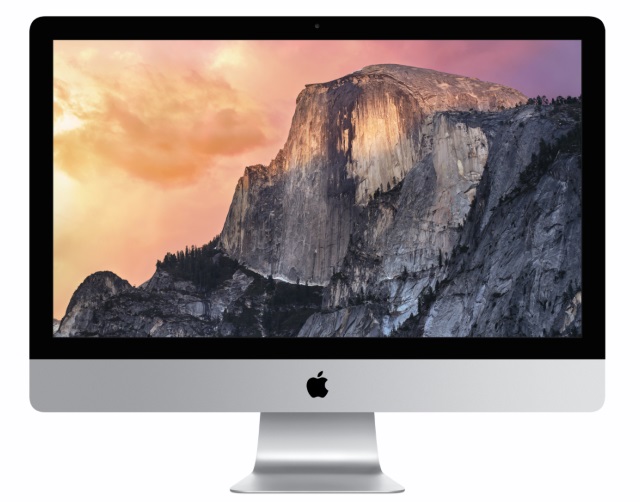 New iPhones, the all-new iPad Pro, and a new Apple TV may not be the only products that Apple has planned to unveil before the year is out. Mark Gurman reports for 9to5Mac that the company is planning on launching a new 4K 21.5-inch iMac next week, and putting the super-sized iPad Pro on sale early in November. While the larger, 27-inh iMac has received a number of updates over the past two years — including the addition of Retina 5K models at the high end of the line — the 21.5-inch iMac has remained largely unchanged since September 2013, with the exception of the introduction of a low-end model in June 2014. That refresh introduced a 1.4GHz model that was priced at $1,099.

Rumors of a refreshed 21.5-inch model first surfaced over the summer. Even now, Apple hasn’t yet officially announced plans for a 4K version of the smaller all-in-one, but code discovered in a developer release of the latest version of Apple’s Mac operating system referred to an unknown iMac model, one with a 4096×2304 display. Eric Slivka reports for MacRumors that signs of a Retina update for the smaller iMac were discovered in OS X El Capitan late in June, and the evidence pointed to an update that used Broadwell processors, as well as Iris Pro or improved AMD graphics.

Rumors about the timing of the refresh began to break in the weeks following the revelation, and initially seemed to point to a launch late in the third quarter or early in the fourth quarter. More recently, rumors have indicated that the 4K iMac would be announced late in October, and Apple would start making deliveries in early November. Gurman thinks that if they’re announced next week, the new computers could begin showing up in Apple Stores as soon as Tuesday, October 13. But he expects that Apple won’t begin ramping up production of the new machines until November, which might make finding and purchasing one early on in the new model’s availability a challenge.

The new 4K iMac is expected to look largely the same as the current, non-4K version. The highlights of the upgrade will be the new 4096×2304 resolution screen, and significantly faster graphics cards. The machines will likely come with OS X El Capitan, the latest version of Apple’s operating system for the Mac, already installed. As with the launch of the 5K iMac last year, the new 4K iMacs are expected to cost slightly more than the non-4K models.

Apple has reportedly been working on a new Magic Mouse, which is expected to feature Force Touch integration, and a new Bluetooth keyboard with improved battery life. It’s unclear if those accessories are ready to be launched alongside the new iMac, though they would be apt accompaniment for the new 4K model. Filings made with the Federal Communications Commission last month revealed that both accessories integrate rechargeable batteries, and support for Bluetooth Low Energy connectivity.

Oscar Raymundo reports for MacWorld that with the introduction of a 4K 21.5-inch iMac, the Retina display could finally become a relatively affordable feature for Apple fans. Only the 27-inch iMac models currently feature that level of resolution, but they start at $2,000, which makes them the most expensive computer that Apple sells — barring, of course, the wrist-worn Apple Watch Edition. Introducing a cheaper, 21.5-inch iMac with a 4K display would put an iMac with a Retina display within reach of consumers who don’t want to spend $2,000 on a computer.