Is Apple Updating the iPod This Week? 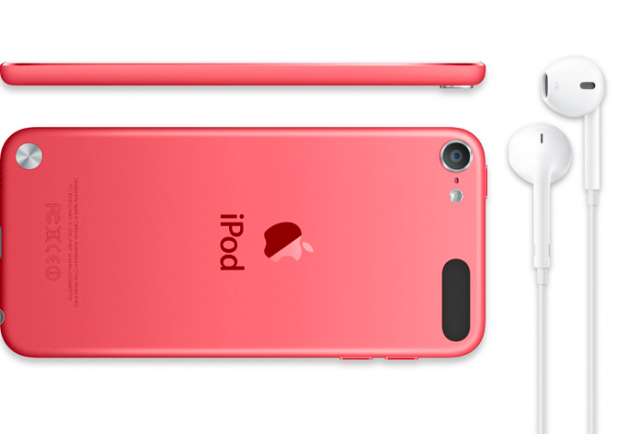 The iPod hasn’t seen a substantial upgrade for several years, and the music player recently ceded its place at the top of Apple’s website to the new Apple Music streaming service. But Apple doesn’t seem to have forgotten about the iPod, and a current rumor suggests that the iPod lineup could see some significant updates — and sooner rather than later.

As spotted by 9to5Mac, French website iGen, which has a good track record of reliably reporting on Apple’s plans, says that the company’s iPod lineup will see a refresh on or around July 14. While there’s little evidence other than internal model numbers, the report speculates that Shuffle and the Nano will see color changes that were spotted in iTunes 12.2, but the iPod Touch may see some more significant changes.

As Apple Insider notes, there’s no word on which processor Apple has chosen for the updated iPod Touch. But the A7 from the iPhone 5s seems “a likely choice,” and could also mean that Apple will include the M7 motion coprocessor. The current iPod Touch uses the 32-bit A5 chip, which makes it and the A6-equipped iPhone 5c the only two iOS devices that haven’t made the transition to 64-bit. The 5c is expected to be replaced with an iPhone 6c this fall.

As MacRumors reported earlier in the month, the release of iTunes 12.2 with Apple Music support offered the first clue that Apple is likely to refresh the iPod lineup. An image of an iPod Touch, Nano, and Shuffle that’s shown when setting up or restoring an iPod in iTunes showed iPods in colors that aren’t currently offered by Apple. The image shows a darker blue iPod touch, a gold iPod nano, and a brighter pink iPod shuffle. After further investigation, MacRumors found additional iPod images in iTunes 12.2, discovering images of the iPod Nano, Shuffle, and Touch in six different colors: silver, space gray, red, bright pink, deep blue, and light gold. Aside from the new color options, the devices appeared largely the same as the current models, with the exception of the absence of an attachment for a wrist loop.

Apple hasn’t updated the colors for its iPod offerings since it shifted from “slate” to “spray gray” in 2013. The company typically updates the iPod line in September, but the Calendar icon on the iPod touch screenshot seen in iTunes showed a date of Tuesday the 14th — which led to speculation that new iPod models could launch on Tuesday, July 14. That speculation now lines up with iGen’s reported timing for the iPod line refresh. Aside from color changes, storage capacity updates, and other minor changes, Apple last substantially updated the iPod Touch and the iPod Nano in October 2012, and the iPod Shuffle in September 2010.

The iPod, especially the iPod Touch, offers a lower-cost entry point to Apple’s line of iOS devices. The iPod Touch is a great choice for preteens who aren’t yet ready for iPhones, but are more likely to choose one when they do get a smartphone. Making a new iPod Touch that performs on the level of the iPhone 5s seems an ideal way to continue to get a new generation using iOS before they (or their parents) are ready for the bigger financial commitment of an iPhone and the monthly payments associated with owning a smartphone.

Simon notes that the iPod line is clearly delineated by features. The iPod Touch could easily be brought “into the new generation” by adding a 64-bit chip, and even LTE, which would bring it into parity with the iPhone. The iPod Nano and Shuffle are more music-centric than the Touch, but Simon thinks that if Apple outfits the Nano with a 4G chip strictly for music streaming, “much like Amazon does with its Kindle e-readers,” it could be “an always-on gadget that puts not thousands of songs in your pocket, but tens of millions.”

While there isn’t an Apple event scheduled for July 14, an iPod refresh on that date is still a possibility. Apple doesn’t hold events when it updates products like the MacBook, for instance, and Apple could kickstart the iPod’s comeback without fanfare this week.