Is In-Flight WiFi Really Worth the Price? 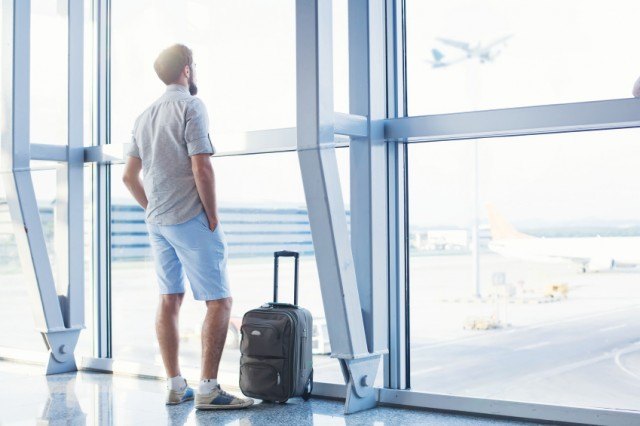 On your next flight, you may be tempted to buy access to in-flight WiFi so that you can get some work done, or simply have some entertainment after the task of making it through security, navigating through the airport, and patiently waiting out the airline’s boarding procedures. But does the value of in-flight WiFi actually match the often exorbitant cost?

Brian X. Chen reports for The New York Times that many travelers experience sticker shock when they consider buying access to in-flight WiFi. Examining the prices demanded by Gogo — the top provider, which equips more than 2,000 planes from American Airlines, Delta Air Lines, Virgin America, and others — Chen finds that Gogo’s prices are variable, depending on when and where you fly.

But on some flights, particularly transcontinental routes packed with business travelers, prices have doubled over the past three years, and now range from $28 to $40, up from approximately $18 in 2012. The idea seems to be to charge business travelers as much as possible, since they’ll pay any price when their employer is footing the bill. On flights where fewer people are likely to use WiFi, Gogo’s pricing has remained unchanged. And on those flights, passengers can often choose to buy WiFi access for just a portion of a flight, instead of the entire trip, for a smaller price.

Gogo’s prices are not just higher, but they’re also more unpredictable than they were three years ago. With the company’s “dynamic pricing” method, it tries to forecast the demand for WiFi on each flight, and sets its pricing accordingly. The cost of WiFi on a transcontinental flight, for instance, tops out at $40 on Mondays and Thursdays, drops to $34 on Tuesdays, Wednesdays, Fridays, and Sundays, and falls to $28 on Saturdays.

Gogo relies on higher fees to ease overcrowding on its limited networks. In-flight WiFi works like a cellular network that provides service for phones, using antennas to transmit signals to and from towers on the ground. Chen notes that adding capacity is difficult because there’s a limited amount of radio spectrum available. Gogo uses satellite technology for flights over water, and is upgrading to a new satellite technology called 2Ku, which will add capacity and, eventually, enable the company to lower its prices.

Some rivals are already competing with Gogo’s prices. JetBlue, using satellite technology provided by ViaSat, offers free WiFi on most of its routes, or enables travelers to pay $9 per hour for faster Internet speeds. Southwest Airlines, using satellite service from Global Eagle Entertainment, charges a flat rate of $8 per WiFi session. The idea is to find the “sweet spot,” avoiding either overcharging and losing customers, or underpricing and attracting too many users. But airlines’ efforts to do so often results in confusion for travelers. Travelers can find the best prices either by choosing an airline that offers cheaper WiFi, choosing a day of the week when WiFi prices are lower, or, if you’re flying on a Gogo-equipped plane, ordering the service before boarding the plane.

Kevin Fitchard reports for Fortune that another source of frustration is the discrepancy in Internet speeds that travelers experience on different flights and different airlines. While the airline’s business model determines the price of WiFi access, the speeds users experience are determined by the type of network, and whether it connects to satellites in orbit or to ground-based towers. Depending on how a plane gets its Internet connection, and what kind of antenna is on the plane, the network could support a connection between 3 Mbps to 70 Mbps. And that’s shared capacity, which you’re splitting not only with all of the other passengers in your cabin, but with other planes in the same airspace.

Gogo, for instance, currently offers connections between 3.1 Mbps to 9.8 Mbps, which often translates to 1 to 2 Mbps per passenger. Its satellite technology offers speeds between 40 Mbps to 70 Mbps, but that capacity is spread over a very large geographic area. Row 44 powers Southwest’s WiFi, and uses satellite technology that can support connections up to 40Mbps. Because Southwest’s planes have to share the connection with other aircraft, passengers can expect speeds between 1.5 Mbps to 2 Mbps. ViaSat, whose main customer is JetBlue, has a satellite with 140 Gbps of total capacity, and while JetBlue’s planes share that capacity with homes that subscribe to ViaSat’s residential broadband service, JetBlue is able to deliver 10-15 Mbps speeds.

In-flight WiFi is getting faster as airlines upgrade their planes, and competitive airlines are expected to move toward discounted or even free Internet access to differentiate themselves from their rivals. However, prices on major airlines are likely to continue to increase as the airlines test how much travelers with corporate credit cards are willing to pay. For now, it seems your only recourse if you really need or want WiFi access while in the air is to stay informed on the prices you’ll have to pay, and be pleasantly surprised if the connection feels anything close to quick.