Is Microsoft Giving Up on Windows Phone? 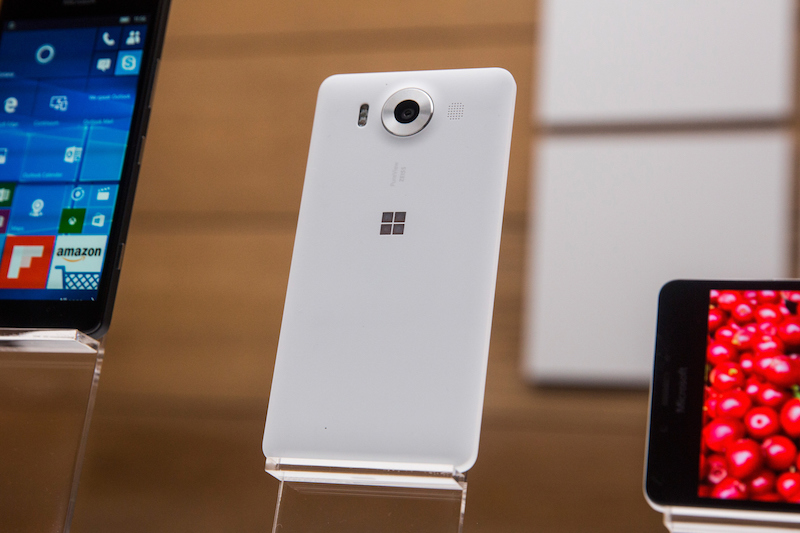 Windows Phone fans can look back fondly on the origins of the platform, when Microsoft positioned its range of Windows Phones as a compelling alternative to the Android and iOS ecosystems. But that early promise was never fully realized. While we’ve recently seen the launch of some new Windows 10 smartphones, device makers have historically built few Windows phones, app developers have created only a small selection of apps for the platform, and few carriers have stocked even Microsoft’s phones. So it’s time to ask: Is the Windows Phone platform dead?

As Tom Warren reports for The Verge, Microsoft reported selling only 4.5 million Lumia devices in its most recent financial quarter, compared to 10.5 million in the same quarter the  year before. Warren notes that this decrease represents a “massive 57 percent drop,” which comes at a time when “even a 57 percent increase wouldn’t be enough to save Windows Phone.”

Even worse, Microsoft and Nokia sold a total of 110 million Windows Phones, as compared to 4.5 billion iOS and Android phones in the same period. Warren notes that data from IDC indicates that 400 million phones were sold in the most recent quarter, meaning that just 1.1% of them were Lumia Windows Phones. In Warren’s estimation, Microsoft “does not have any compelling Lumia handsets,” and the Lumia 950 and Lumia 950 XL are, in his estimation, “both disappointing flagship devices with unfinished Windows 10 Mobile software.”

From declining Lumia sales and Microsoft’s unwillingness to produce a large variety of devices, Warren extrapolates that “we’re witnessing the end of Windows Phone.” While rumor has it that Microsoft is developing a Surface Phone, even creating a phone with technology advanced enough to convince users to switch from iOS or Android wouldn’t solve the platform’s app situation and the absence of high-quality native apps for Windows 10.

Additionally, a single phone wouldn’t remedy the lack of selection, which holds the platform back, and simply introducing a new phone wouldn’t achieve the important goal of ensuring that all of Microsoft’s products and services leverage Windows 10 features in new and exciting ways. Warren notes that while “real Windows” on phones might eventually be made possible by Continuum, he thinks that Windows Phone as we know it is over. That may not stop Microsoft from creating a phone or two each year “as a vanity project,” but “for everyone else it’s the end of the line.”

Natasha Lomas reports for TechCrunch that the Windows Phone platform has been “walking dead for years now, given its failure to achieve significant traction outside a handful of European markets.” The platform never really took off in the United States, and even in markets where the platform did gain some traction, it failed to translate that into anything approaching sustained growth.

In Lomas’s estimation, Windows Phone is an “ex-platform.” She thinks it’s possible that Microsoft will even shut down its smartphone division entirely, since it’s already begun laying off phone-related staff. But in any case, she thinks that people aren’t going to be buying smartphones that run Windows for much longer, since “people know a dead parrot when they see one.”

But not everyone agrees with the assessment that Windows 10 Mobile is the end of the line. Mary Branscombe reports for ZDNet that it’s still too early to say whether Windows 10 Mobile will appeal to businesses, because there’s only one smartphone that can support Continuum, because the FIDO standard that will use the new Lumias’ iris scanner to log you into enterprise apps isn’t finished yet, and because the operating system itself is still a work in progress.

Branscombe reports that the immaturity of Windows 10 Mobile “is a casualty of re-implementing the OS on yet another platform, and of the unpopularity of Windows 8.” She notes that when Microsoft transitioned from the Windows CE underpinnings of Windows Phone 7 to the NT kernel for Windows Phone 8, it kept the same interface. But because that interface was perceived as a failure on PCs, the company had to change both the design and the inner workings of the operating system when it developed Windows 10. The result is that it’s taking time for the operating system to stabilize.

But Branscombe still thinks it’s possible that Windows 10 can be a “sleeper hit” once it matures, since there are “still plenty of great features” in Windows 10 Mobile, and “the future of Windows Mobile is the future of Windows Store apps, and they’re not going away whatever happens to Windows Mobile.” If Microsoft advances its own mobile operating system alongside the apps and services it creates for iOS and Android, it could stay the course and eventually end up with a mobile platform with powerful apps and services, even if Windows Phones aren’t a hit right now.