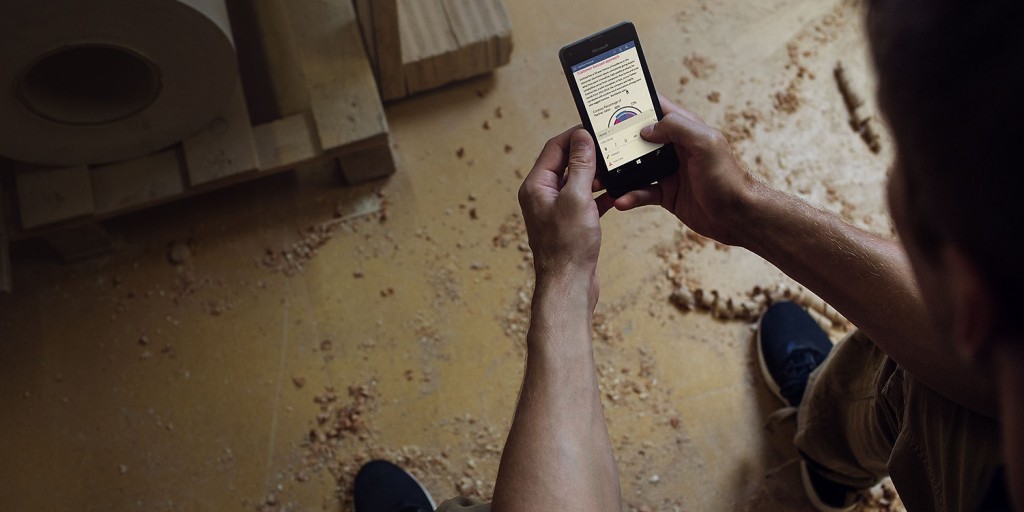 Since the end of last year, you’ve probably been hearing speculation that Microsoft may introduce a Surface Phone. Windows Central reported that Microsoft was giving up on an Intel-powered Windows 10 phone and was instead building a Surface phone that it planned to release in the second half of 2016. But so far, there’s very little evidence to suggest that that’s really true. Evan Blass reports for VentureBeat that the latest news about the mythical Surface Phone is that Microsoft has registered the domain “surfacephone.com.” But as Blass notes, the registration doesn’t really mean anything, and probably doesn’t have anything to do with what the now-combined Surface and Lumia teams are working on, even if they are working on a Surface-branded smartphone.

Blass notes that Microsoft acquired the domain sometime between August and December of 2014 — a full 14 to 17 months ago, in the same year that Microsoft’s acquisition of Nokia’s Devices and Services division closed. And Microsoft owns at least 67,681 of them, according to the latest records. Of the 1,680,376 domains and subdomains cataloged for nameserver ns1.msft.net, 55 of them begin with the word “surface.” That’s the count from a list that’s far from complete, and doesn’t even include surfacephone.com.

The sampling shows a number of generic “Surface” brandings, like “surfacemouse,” “surfacelaptop,” “surfacecam,” and even “surfacecar.” The registration of surfacephone.com probably had little to do with any product that the company is actually planning, and is likely just part of Microsoft’s effort to secure as many Surface-branded domains as it can. Bless points out that while Microsoft may be developing a phone within the Surface division, the recent discovery of the surfacephone.com domain, which currently redirects to the Surface landing page on Microsoft.com, is “hardly evidence” that such a device is coming.

Nate Swanner reports for The Next Web that the single, recently-discovered URL is “the strongest hint yet that a Surface phone may be in the works.” That doesn’t bode well for the actual launch of a Surface Phone, even though the popularity of Microsoft’s line of Surface tablets has many Microsoft fans hoping that the company is actually planning to launch a Surface-branded smartphone in the near future. It’s possible that if the smartphone is actually in development, we could hear more about it at the company’s Build developer conference at the end of March.

According to Computerworld’s Matt Hamblen, analysts expect a Surface Phone launch either late in 2016 or early in 2017. Many think that even though the smartphone hasn’t been confirmed, it makes sense for Microsoft to build a Surface Phone, which would be welcomed by the small user base of Windows Phone fans as well as by enterprise users. For users who love Windows on their computers or tablets, a high-quality phone that enables them to access the same features and experience on a phone would be a logical extension of Microsoft’s Windows 10 strategy.

Marco Chiappetta writes for Forbes that even if Microsoft does launch a Surface Phone, the device wouldn’t be enough for Microsoft to shake up the smartphone market, let alone make Windows 10 a popular platform for the smartphone. Unless Microsoft somehow manages to develop a Surface Phone that’s significantly and unequivocally better than every smartphone on the market, it has little chance of convincing many users who already use iOS or Android to switch to Windows.

The proportion of users who are longtime Windows Phone fans and prefer the platform to either Google or Apple’s operating systems represent a minority among smartphone users. Popular perception of the platform, the app gap between Microsoft’s platform and the more popular mobile operating systems, and the small selection of Windows phones available to users all hold the platform back. And Chiappetta notes that the release of the Lumia 950 and Lumia 950 XL have illustrated that simply releasing new high-end smartphones isn’t enough to appeal to iPhone and Android users.

Before Microsoft puts the effort into developing a Surface Phone, its platform might be better served by incentivizing developers to make high-quality native apps for Windows 10 smartphones. If Microsoft is developing a phone, it should be aiming to make the best phone on the market, one with the best battery life, the best touchscreen, the best camera system, the best build quality, and the best connectivity options. It should also ensure that all of its products and systems use Windows 10 phones in new, exciting ways. And finally, Microsoft needs to make sure that any customer, regardless of his chosen wireless carrier, can easily buy or ask an associate about Microsoft’s phone.