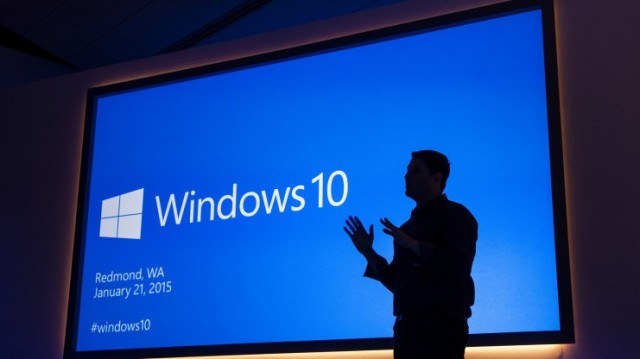 Microsoft’s Windows 10 is about to be thrust into the spotlight with its initial launch to users enrolled in the Windows Insider Program, followed by other Windows users who have signed up for the upgrade. But is the new operating system really ready?

Adriana Lee reports for ReadWrite that with the supposedly polished release of Windows 10 coming on July 29, Microsoft should be putting the finishing touches on the new operating system. Instead, it’s scrambling fix a bug in the latest update it sent out to members of the Windows Insider program, build KB3074681. The update triggered unexpected behavior when some users attempted to uninstall programs through the Control Panel instead of through the newer Settings screen. Doing so crashed the Control Panel app.

Because Microsoft wants Settings to replace the Control Panel, Lee notes that this could be one way to force users to stop using the Control Panel. But the issue isn’t intentional, and Microsoft has promised a fix. While the bug seems minor, it could become a major annoyance for users. But ReadWrite explains that such last-minute glitches can shake developers’ faith in what looks like Microsoft’s best operating system update in years.

In order to prevent potential issues with the Windows 10 rollout, Microsoft has structured it into stages. The first to receive the update on July 29 will be members of the Windows Insider Program. By limiting the number of users who can download the software at one time, Microsoft will mitigate the server issues that tend to occur if large numbers of users rush to download software at the same time.

The move also limits the number of users affected by any glitches, and buys Microsoft some extra time to address any remaining bugs before the software ships to large numbers of users. The next users to get the update after Windows Insiders will be Windows 7 and Windows 8.1 users who have already signed up for the free upgrade. Russell Brandom reports for The Verge that some Windows 7 and 8 users have already noticed full installer files being downloaded ahead of the operating system’s official launch.

Users of Windows 7 and Windows 8.1 will have a year to decide whether they want the free upgrade before retail prices go into effect. The cost will be $119 for Windows Home, $199 for Windows 10 Pro, and $99 for the Windows 10 Pro Pack to upgrade Windows 10 Home to Windows 10 Pro. Windows 10 is designed as a straight upgrade, so that if your computer meets the specification requirements, you should be able to install it right away. (As with any major update, however, it’s still a good idea to complete a full backup beforehand.)

As for whether the operating system is really ready, the evidence we have is somewhat troubling. The Verge notes that as recently as June, there were persistent bugs in the developer preview. After Windows Vista and Windows 8, Microsoft faces a lot of pressure to get the launch of Windows 10 right, but it’s certainly been an uphill battle for the company’s engineers to try to get there. Tom Warren reported for The Verge in June that while Windows 10 progressed well over a short development period, it still had “a lot of bugs,” and the remaining time Microsoft had left didn’t seem like enough time to adequately finish the operating system.

How complete and stable Windows 10 feels will likely depend on your hardware and your usage. Patches and updates are sure to follow its initial July 29 release, and Warren posited that “Windows 10 will never really be ready,” thanks to Microsoft’s plan to continually roll out new features and updates for the rest of this year and beyond. Though “the road could be a little bumpy to start,” as Warren notes, “it’ll only get smoother and smoother over time.”

As Steven J. Vaughan-Nichols reported for Computerworld as early as April, Microsoft is expected to ship Windows 10 even if the operating system isn’t truly ready. In Vaughan-Nichols’ estimation, adhering to the July 29 deadline is likely to result in an operating system that’s “guaranteed to annoy users.” He explains that “The problem isn’t that there are problems. It’s a matter of timing,” positing that there’s no way that Windows 10 will be polished and ready because of Microsoft’s choice to rush the launch of the new operating system.