You probably know and love a few American menswear labels, but clothes that are made in the United States aren’t the only ones you should be paying attention to. Menswear enthusiasts in the U.S. and elsewhere in the world are well aware of Japan’s stature in the fashion world. Avant-garde designs, Ivy League-inspired trends, and workwear brands alike are all part of Japan’s outsize contribution to the world of menswear, where Japanese denim is synonymous with superior quality and Japanese labels are well-known for attention to detail, technical features, and sophisticated twists on classic styles.

The world of Japanese style is broad and diverse, and diving into it for the first time can feel overwhelming. To help you out, we’ve compiled a list of our favorite Japanese menswear brands. And you can shop each one of these lines from right here in the U.S. From casual sportswear to tailored clothes to avant-garde designs, there’s something at these 10 labels for everyone. 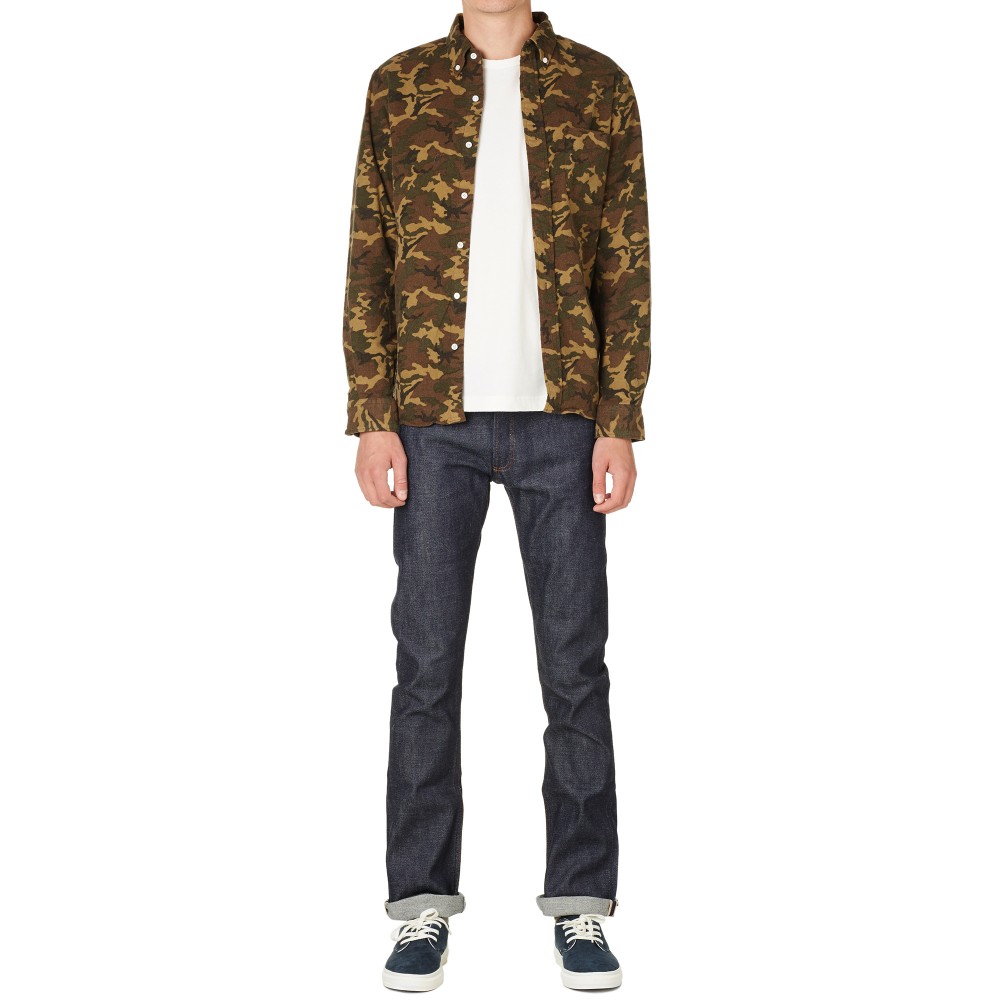 Beams Plus is an iconic Japanese brand known for its heritage workwear pieces, which are inspired by American style archetypes that originated in the military, in the sports world, and in workwear. The label began as a small shop in the Harajuku district of Tokyo in 1976. The men’s line, Beams Plus, was launched in 1999, and is now renowned for its workwear-inspired range of clothes. Perennial favorites include the label’s unstructured blazers and other jackets, which you can shop at Mr. Porter, END Clothing, Oi Polloi, and Unionmade. 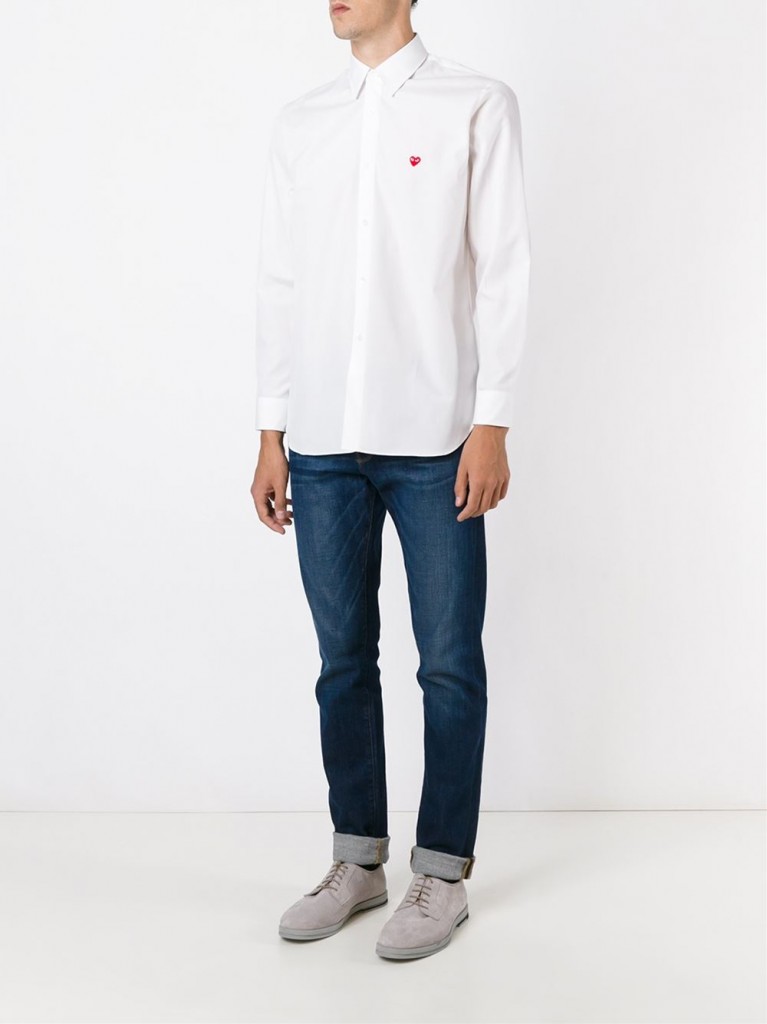 Don’t be deceived by the French name: Comme des Garçons is one of the best Tokyo-based labels. The label was founded by husband-wife duo Adrian Joffe and Rei Kawakubo and is a staple of the European fashion scene. Kawakubo is also behind Dover Street Market, a concept store that began with a location in London and now has stores in Tokyo and New York, too, where you can shop the latest Comme des Garçons PLAY line. You can also shop the line at FarFetch, Ssense, and Nordstrom. 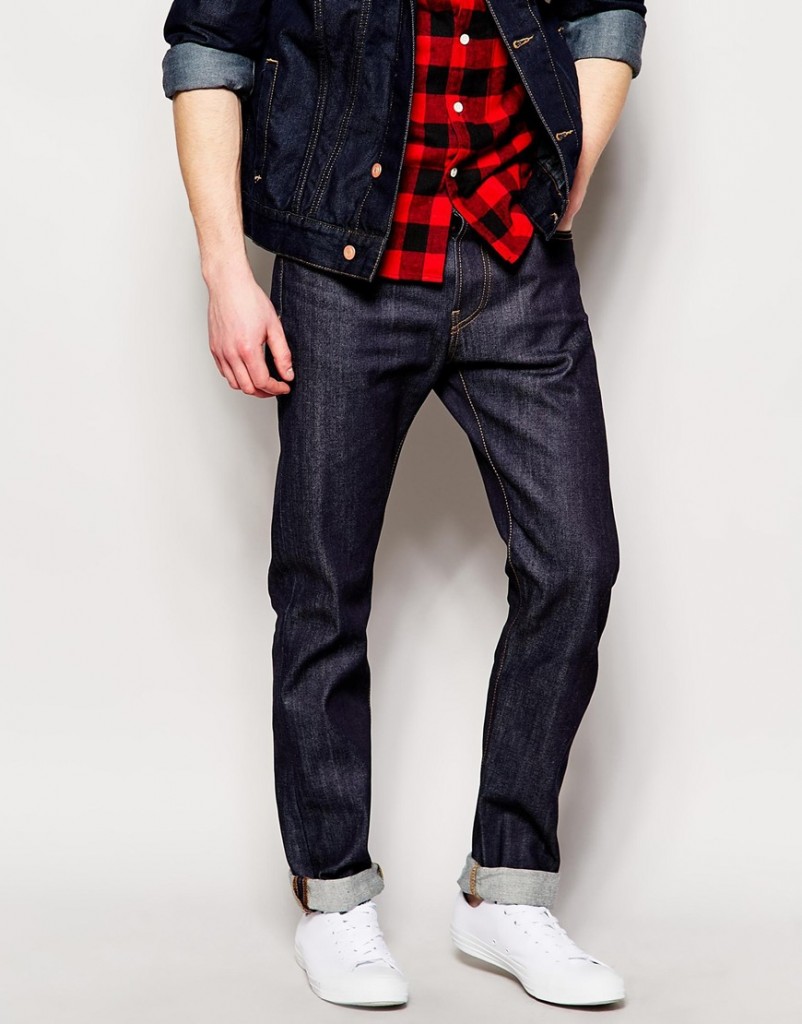 Edwin is a brand to follow if you love Japanese denim, and if you aren’t yet a fan of Japanese denim, Edwin may just change that. The label was found in 1947 by Yonehachi Tsunemi, and was one of the first big Japanese denim producers. Edwin played an important role in putting Japanese denim on the map, and the brand is known for its dedication to high-quality materials, superior craftsmanship, and unique production processes. You can shop for Edwin jeans at ASOS or END Clothing. 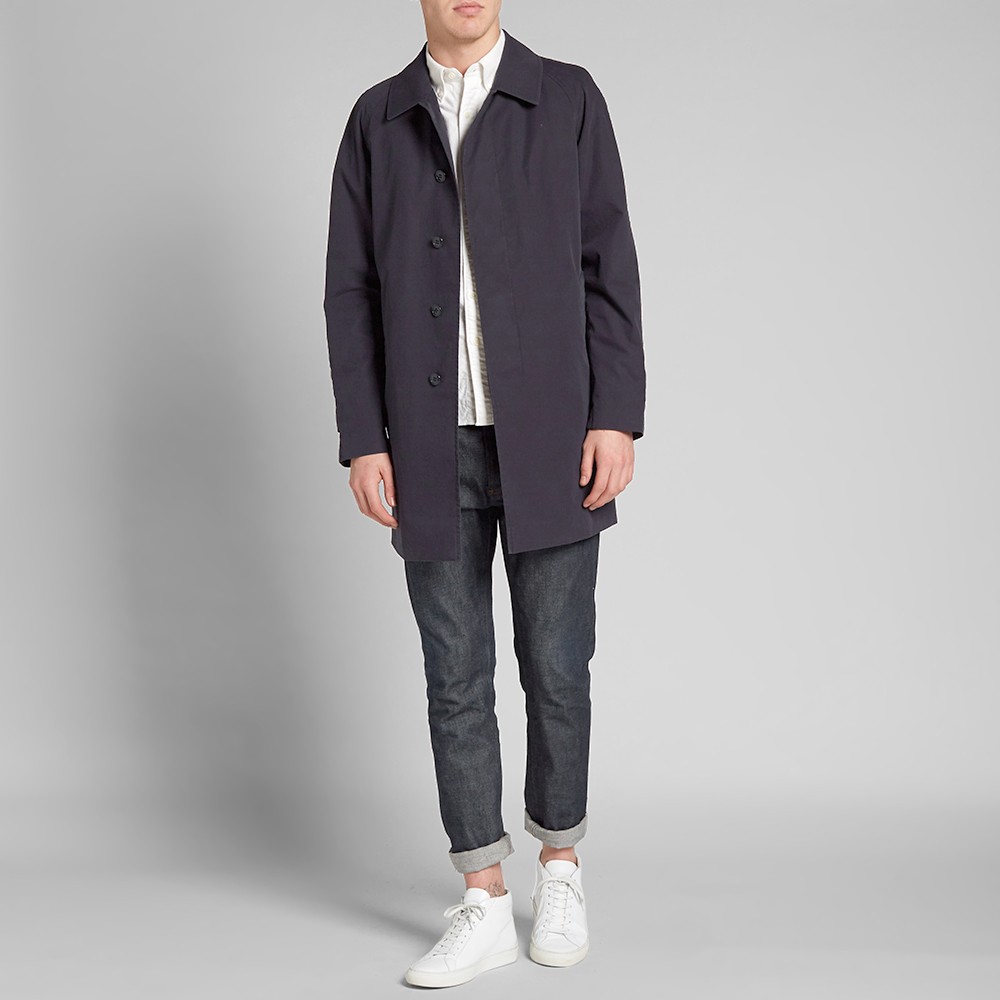 Journal Standard is a label to watch if you love classic casual wear and workwear-inspired staples. There are lots of Japanese brands that draw inspiration from the long tradition of American workwear, but Journal Standard is one of our favorites thanks to its perfect combination of classic style with modern styling. Think button-down shirts in must-have patterns, impeccably fitted sweaters, and versatile jackets, all constructed with an unwavering attention to detail. You can shop the Journal Standard line at Unionmade or END Clothing. 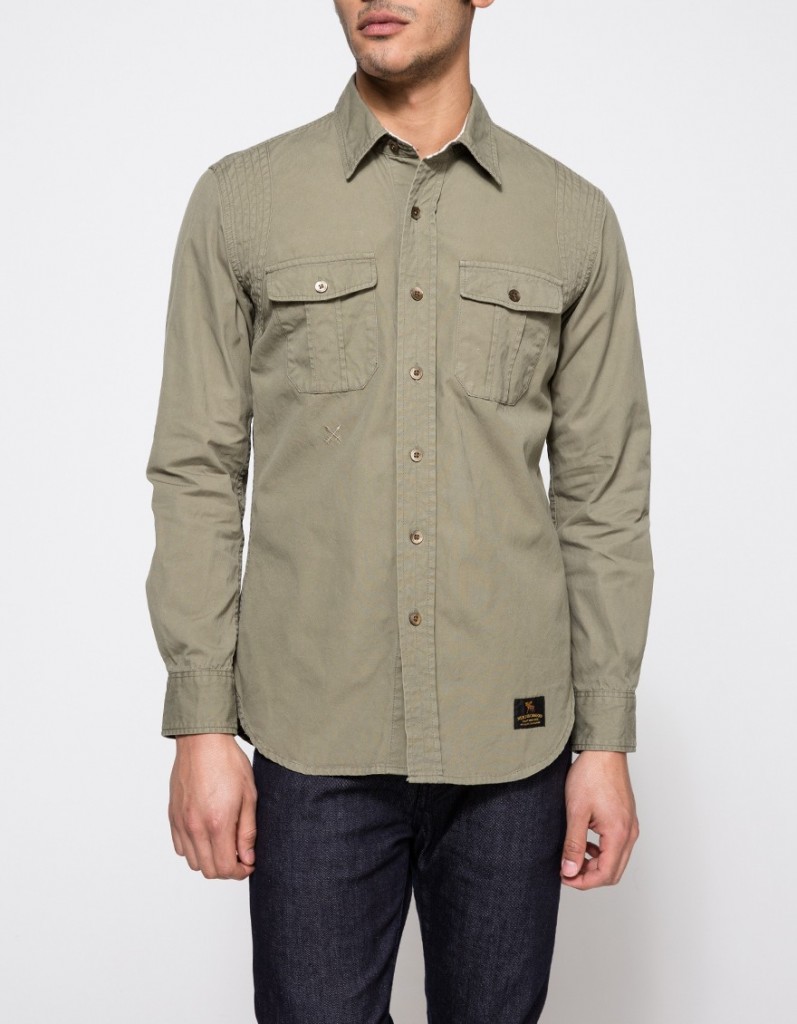 Neighborhood is a Tokyo-based label that was launched by Shinsuke Takizawa in 1995. The brand is known for its streetwear pieces, which draw inspiration from the traditions of American workwear, military styles, and even motorcycle gear. The label traditionally hasn’t been widely distributed outside of Japan, unlike some of the other Japanese labels that Americans have grown to love, but you can currently shop the label at Need Supply, Mr. Porter, and END Clothing. 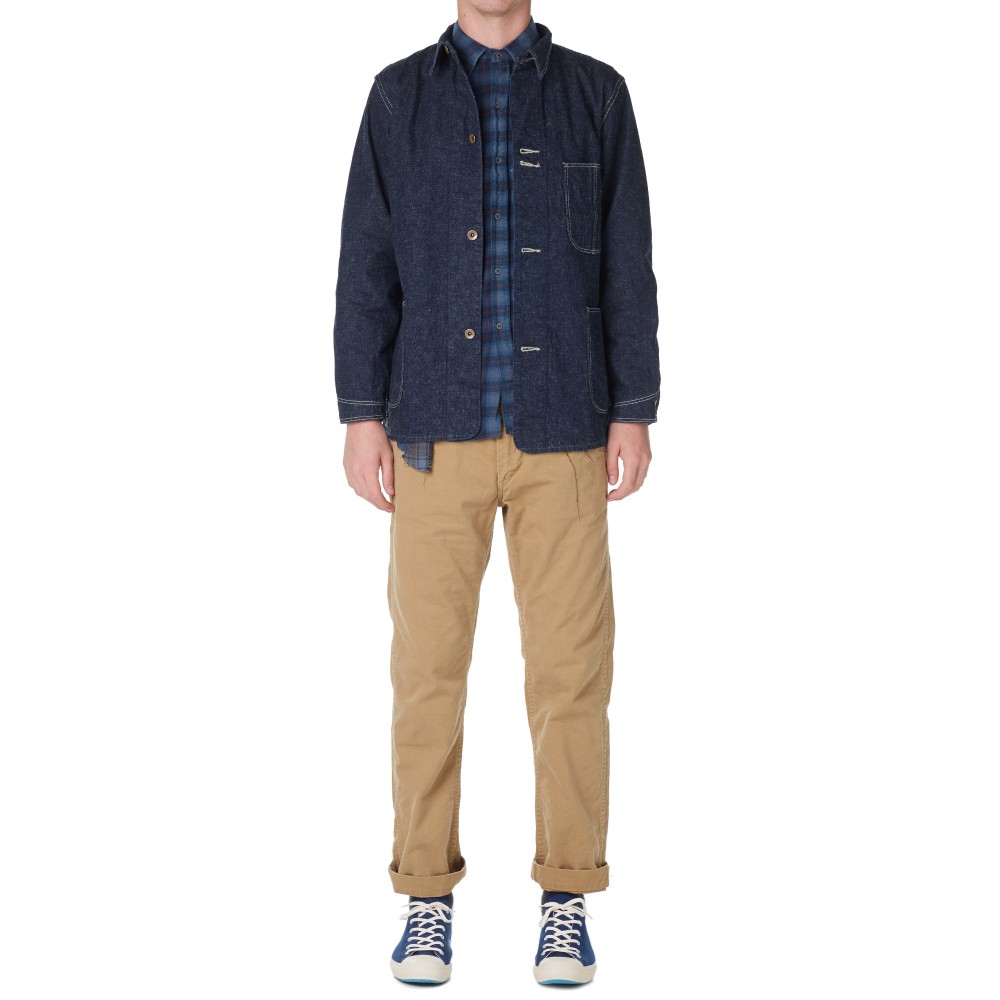 Orslow was founded by designer and clothing hoarder Ichiro Nakutsu, who began collecting vintage military clothing and workwear and in 2005, founded the label to produce clothes with a long and painstaking manufacturing process. The idea is to produce clothes that are built to last, and each piece is simple, with well-placed details, and made in Japan. The label’s clothes are stocked at Unionmade, END Clothing, and Oi Polloi. 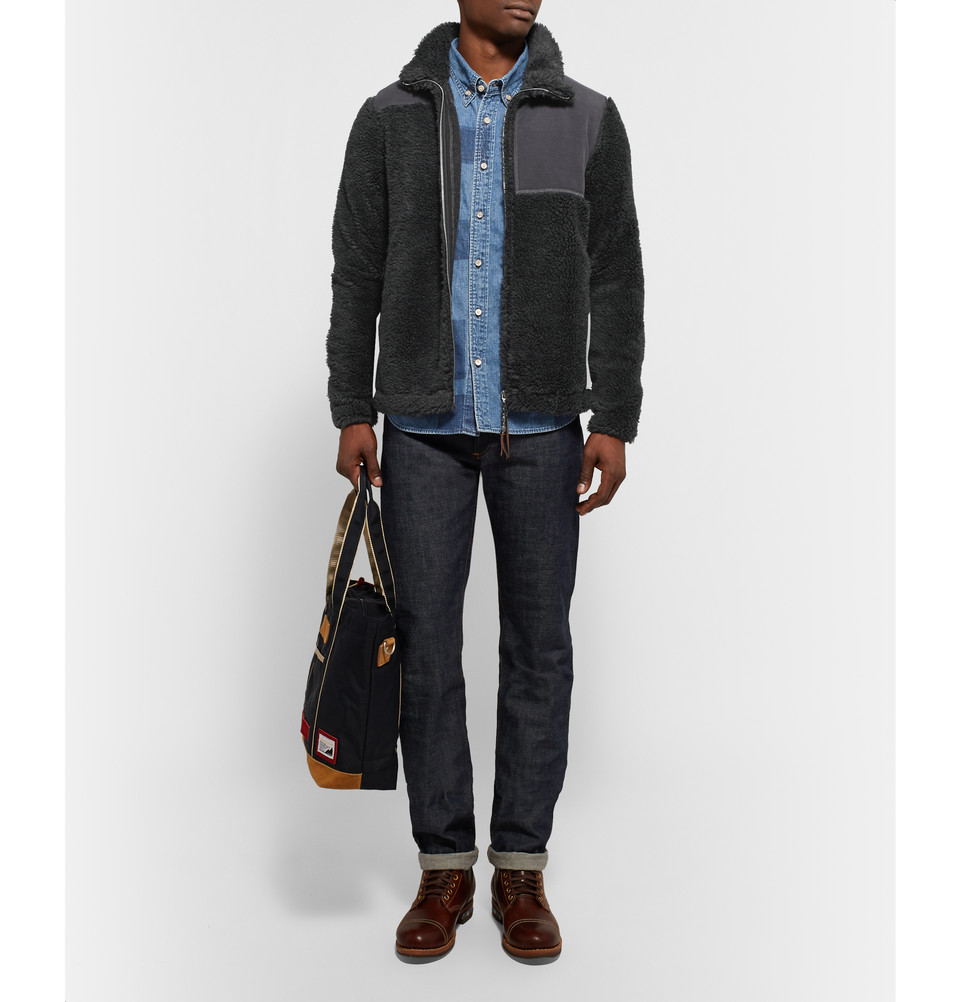 Remi Relief was founded in 2007 by Yutaka Goto, who draws inspiration from American culture of the 1960s and 1970s, particularly Californian skating and surfing subcultures. Goto is willing to go to great lengths to achieve his vision, as demonstrated by the fact that the company set up its own factory in Kojima, Okayama Prefecture, the home of Japanese artisanal manufacturing. Owning its own factory enables Remi Relief to use the best fabrics and experts modes of construction in order to create clothing that has an authentic vintage look and feel. You can shop Remi Relief’s line at Mr. Porter and END Clothing. 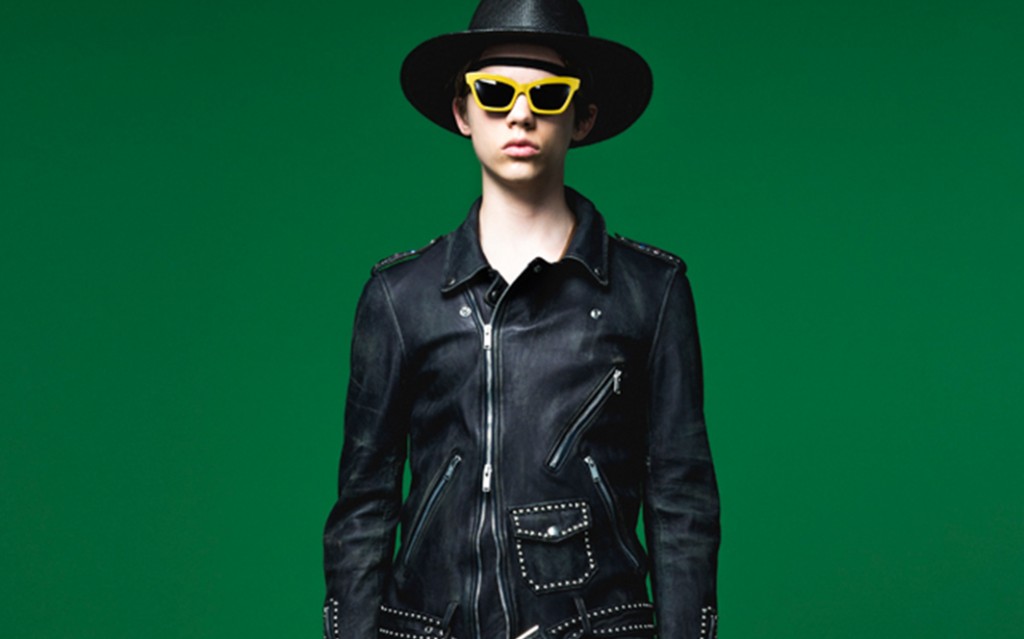 Undercover was launched in 1993 by Jun Takahashi, and the debut collection played an important role in putting Japanese fashion on the map. In turn, the label’s Paris Fashion Week debut in 2002 helped cement Undercover’s reputation as an iconic Japanese brand. Each of the label’s collections combines elements of streetwear and high fashion, and ushers in a new lineup of avant-garde and experimental pieces. You can find Undercover at Mr. Porter. 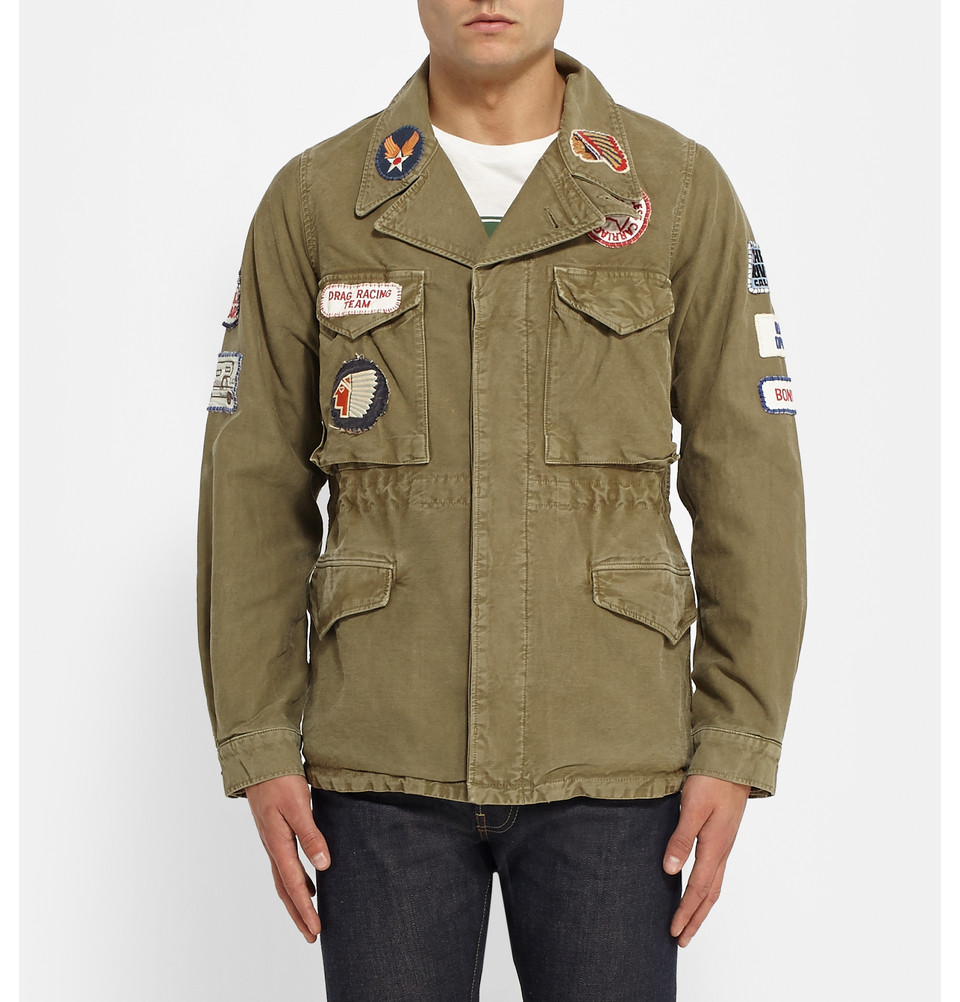 Visvim is a Tokyo-based label that was founded by Hiroki Nakamura in 2001. The brand is known for its outstanding craftsmanship and careful sourcing of materials, and each collection is influenced by American workwear and Native American art, combined with high-tech elements, traditional craftsmanship, and high-quality materials. It’s a favorite brand among fans of Japanese fashion as well as workwear enthusiasts who like to invest in pieces that will improve as they age. You can shop Visvim at Mr. Porter, END Clothing, and SSense. 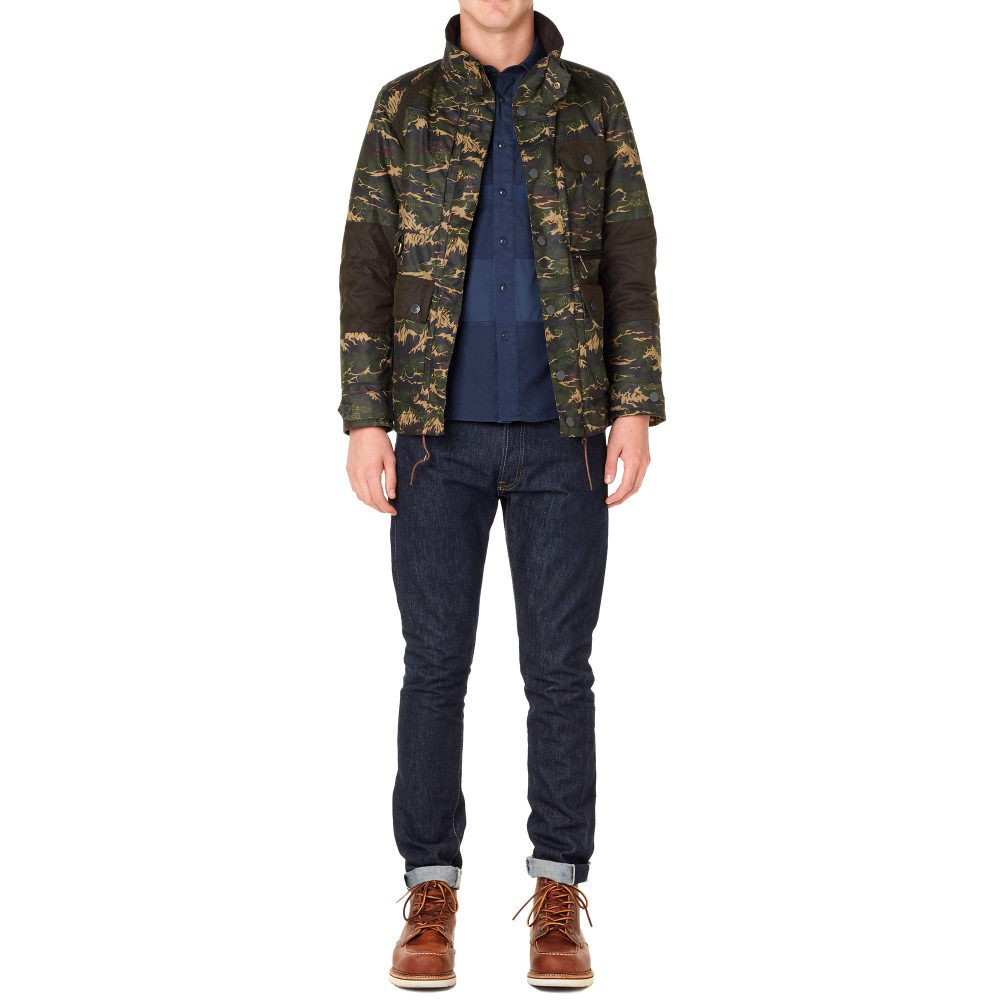 White Mountaineering is a label that’s mastered the marriage of form and function. It was founded in 2006 by Yosuke Aizawa, who was an assistant to Comme des Garçons designer Junya Watanabe, and has cultivated a reputation for collections of outdoor-inspired clothing. Each piece combines long-lasting construction with technical features and a unique kind of rugged elegance. You can shop the label at END Clothing.