While rumors spread and the world speculated, Khloe Kardashian miraculously kept her pregnancy a secret for six months. How did she do it? “It took a few styling sessions, serious strategy and a s***-ton of courage, but it worked,” the mom-to-be shared on her app. 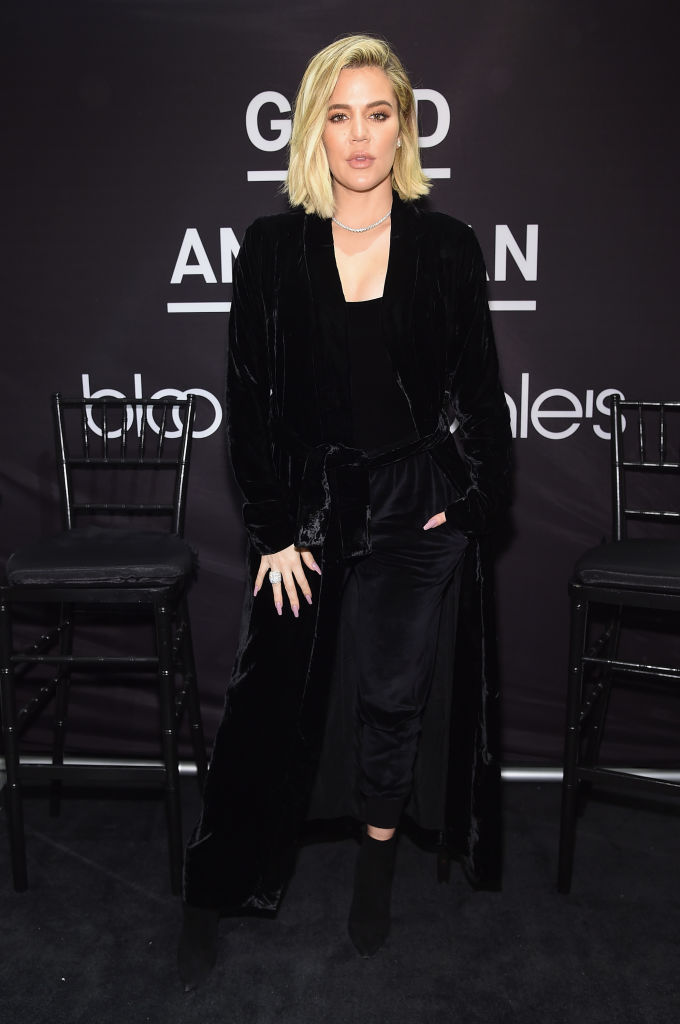 She used coats to cover her bump. | Jamie McCarthy/Getty Images for Good American

Kardashian’s pregnancy style go-to? Oversized coats. The mom-to-be preferred the oversized look to better hide her belly before she was ready to share the news.

That said, just because she confirmed her pregnancy, it doesn’t mean she’s giving up on oversized coats. Kardashian has adopted the look as one of her pregnancy staples.

Next: Her most effective styling hack She still uses this trick. | Khloe Kardashian via Instagram

When it came to hiding her growing belly, optical illusions were a must. To hide the bump, Kardashian wore tight-fitted bodycon dresses and oversized coats.

Although it might seem like a bodycon dress would be a dead giveaway, when paired with a large coat, it creates an illusion and draws the eyes elsewhere.

Next: She gives this accessory a whole new purpose. She found various ways to cover up her bump. | Khloe Kardashian via Instagram

In addition to optical illusions, Kardashian was a big fan of large bags during her months of secrecy. In almost all of the photos taken of her during the first six months of her pregnancy, the star can be seen carrying a large purse or tote bag. Placing it strategically over her belly when she walked, it was hard to tell she had a bun in the oven.

Next: The styling hack that saved her at her sister’s baby shower She wore this girly dress to hide her bump. | Khloe Kardashian via Instagram

Another way to distract from her growing bump? With a girly fit-and-flare dress like the one she wore to her sister Kim Kardashian West’s baby shower. “I went super girly for Kim’s baby shower,” Kardashian wrote. “Little did everyone know, I had a bun in my oven, too!”

Next: This styling tip could have blown her cover. She used the A-line to her advantage. | Khloe Kardashian via Instagram

A cinched waist can both hide and show off a baby bump. The key? Pairing it with an A-line flared hem. “A cinched waist with a flared, A-line hem is so $$$ [sic] for hiding a small bulge,” wrote the reality star. “It flows loosely at the exact right spot,” she added.

Next: An unconventional tip for hiding her bump

Her hair distracted from the bump. | Khloe Kardashian via Facebook

Another tactic Kardashian used while hiding her baby bump? Styling her hair differently. During her months of secrecy, she opted for big curls and more volume, stating “the bigger the hair, the smaller the bump!”

Next: Her sisters are her best accessories.

7. She used her sisters as cover Looking back, it seems so obvious. | Kim Kardashian via Instagram

We can’t forget the time Khloe had her sisters Kourtney and Kim strategically stand in front of her for a photo op in San Francisco. While the obvious cover-up sparked a storm of pregnancy rumors, it was also an excellent way to hide the bump.