Here are some of our favorite Khloe Kardashian pregnancy style moments — including ones from before she announced her pregnancy — up ahead.

1. The navy blue dress she wore on Jimmy Kimmel Live 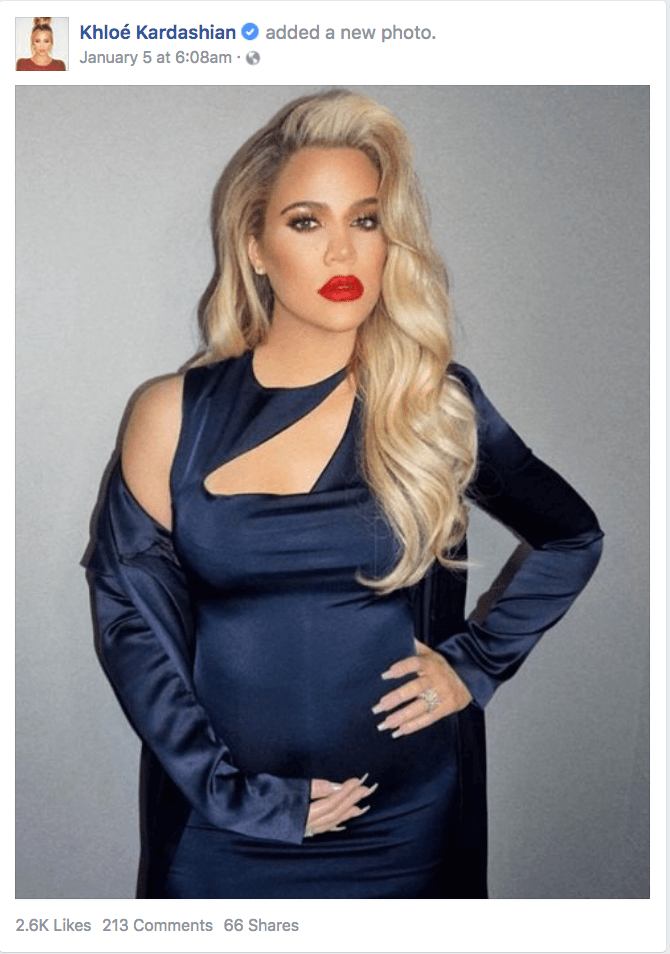 She went glam in this navy blue dress. | Khloe Kardashian via Facebook 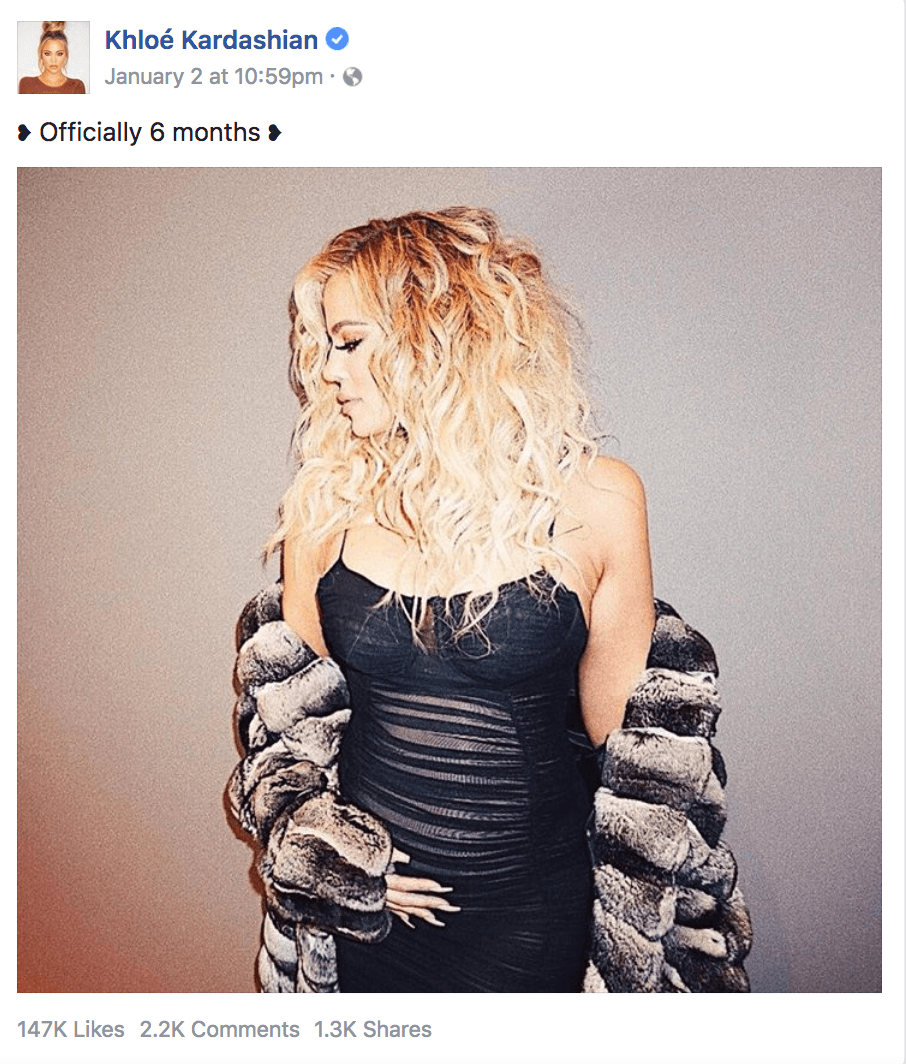 She rocked the little black dress. | Khloe Kardashian via Facebook

If one thing’s for certain, Khloe was bringing sexy back to pregnancy style. The reality star pulled out all the stops with this sexy little black dress and fur coat ensemble.

3. The silky white blazer and dress she wore on Ellen 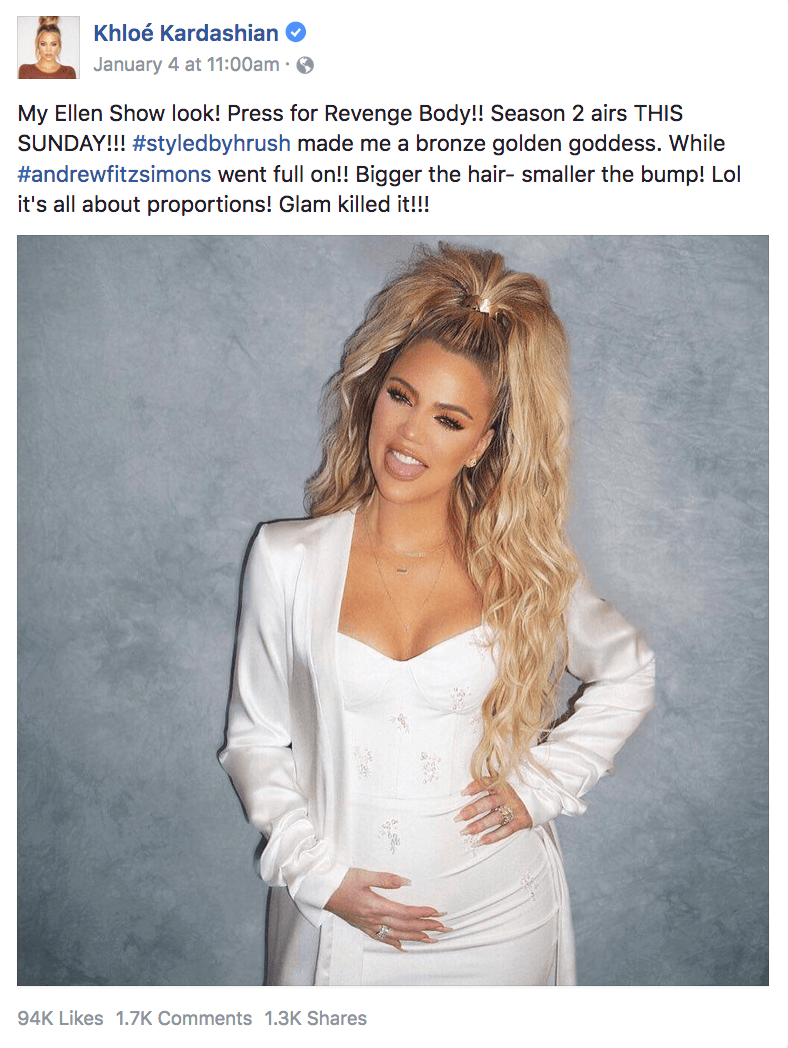 This white ensemble flattered her figure. | Khloe Kardashian via Facebook

In her first TV appearance since announcing her pregnancy, Khloe went on Ellen to promote the second season of her show, Revenge Body. We loved her silky, floor-length white blazer and figure flattering mini dress. 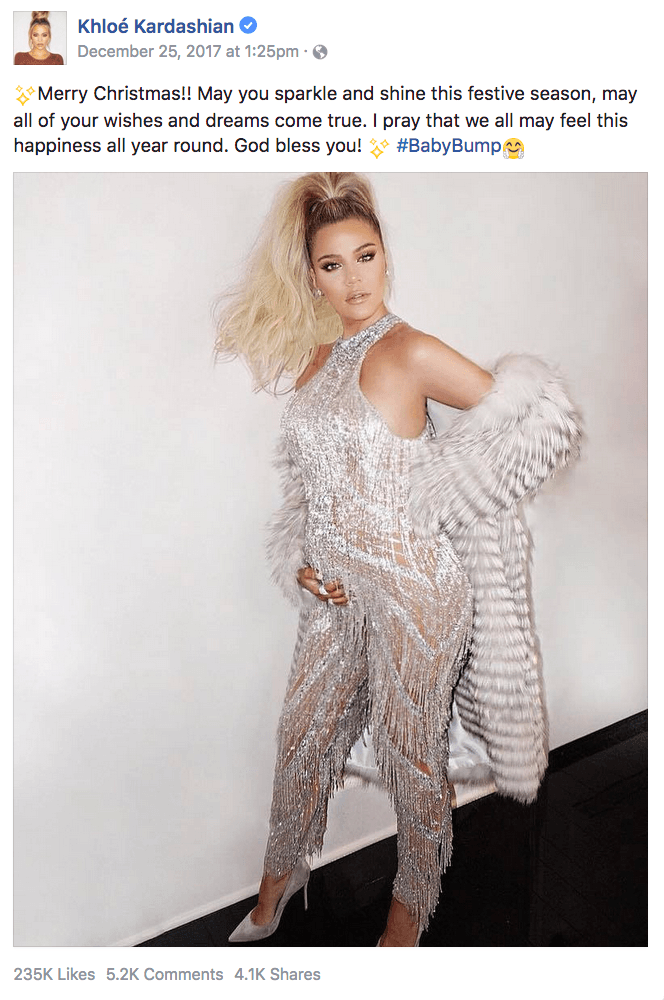 She sparkled in her Christmas outfit. | Khloe Kardashian via Facebook

Khloe gave fans and speculators the Christmas gift they’d been waiting for with this sparkling ensemble. At six months pregnant, the star looked absolutely stunning in a sparkling fringe jumpsuit and white fur coat.

5. The dress she wore to Kim Kardashian’s baby shower 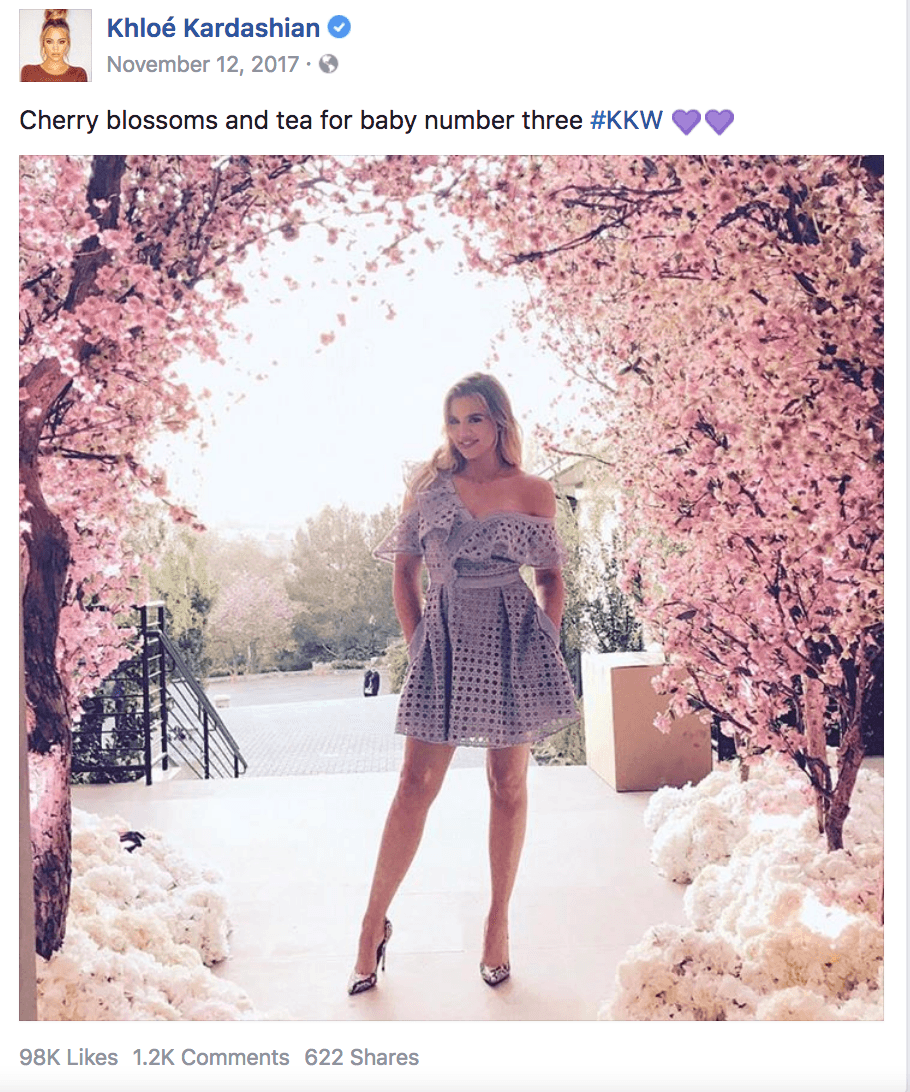 She celebrated at Kim’s baby shower before announcing her own pregnancy. | Khloe Kardashian via Facebook

Khloe wasn’t the only Kardashian-Jenner sister expecting. Before announcing her pregnancy in December 2017, Khloe hid her baby bump well in this periwinkle eyelet dress for Kim Kardashian’s baby shower.

6. The outfit she wore for the Kardashian’s Christmas 2017 card 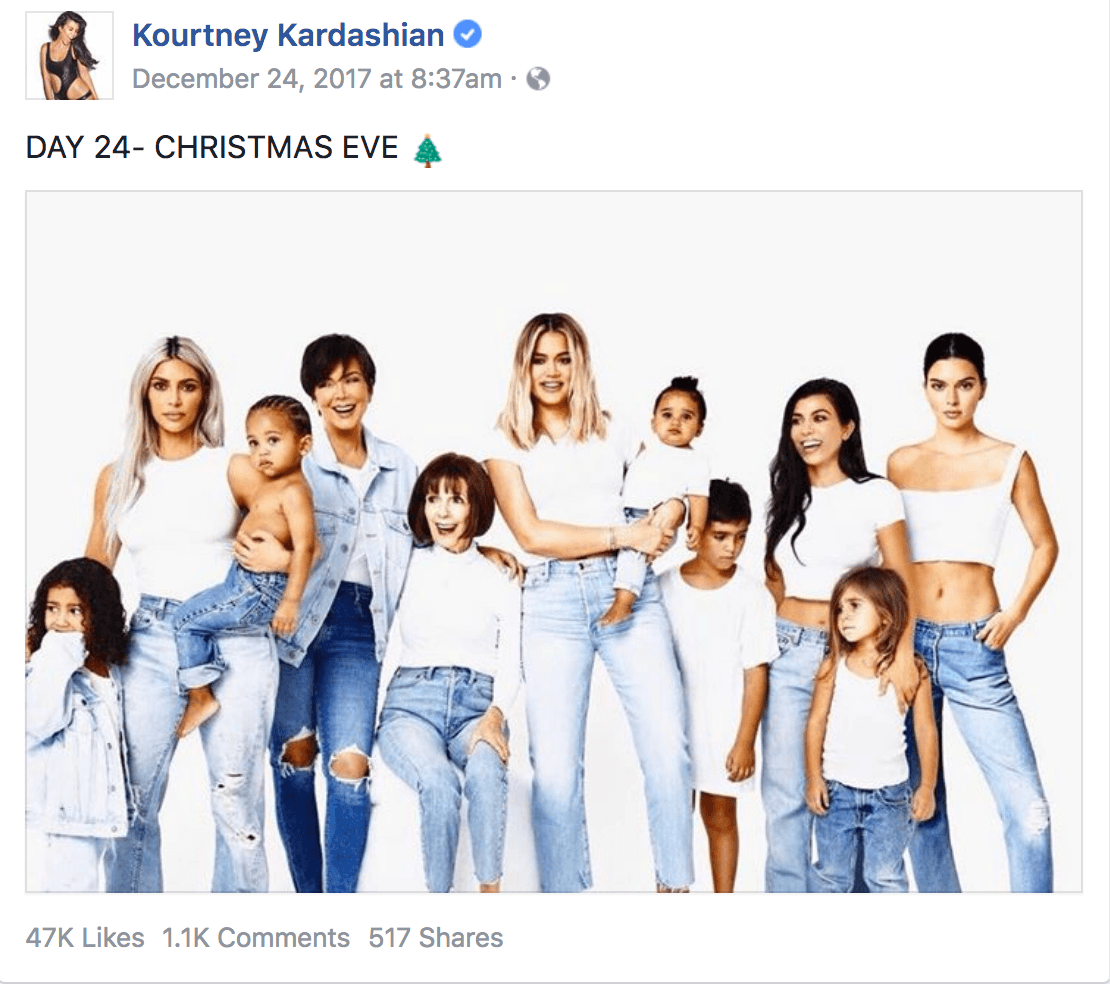 They sported a relaxed look for the card. | Kourtney Kardashian via Facebook

There’s no telling for sure whether the Kardashian family Christmas card was taken during Khloe’s pregnancy. But we love Khloe’s vintage jeans and white T-shirt look — a nice breakaway from the more glamorous Christmas cards her family has done in the past.

7. The black ensemble she wore to the KKW Fragrance launch 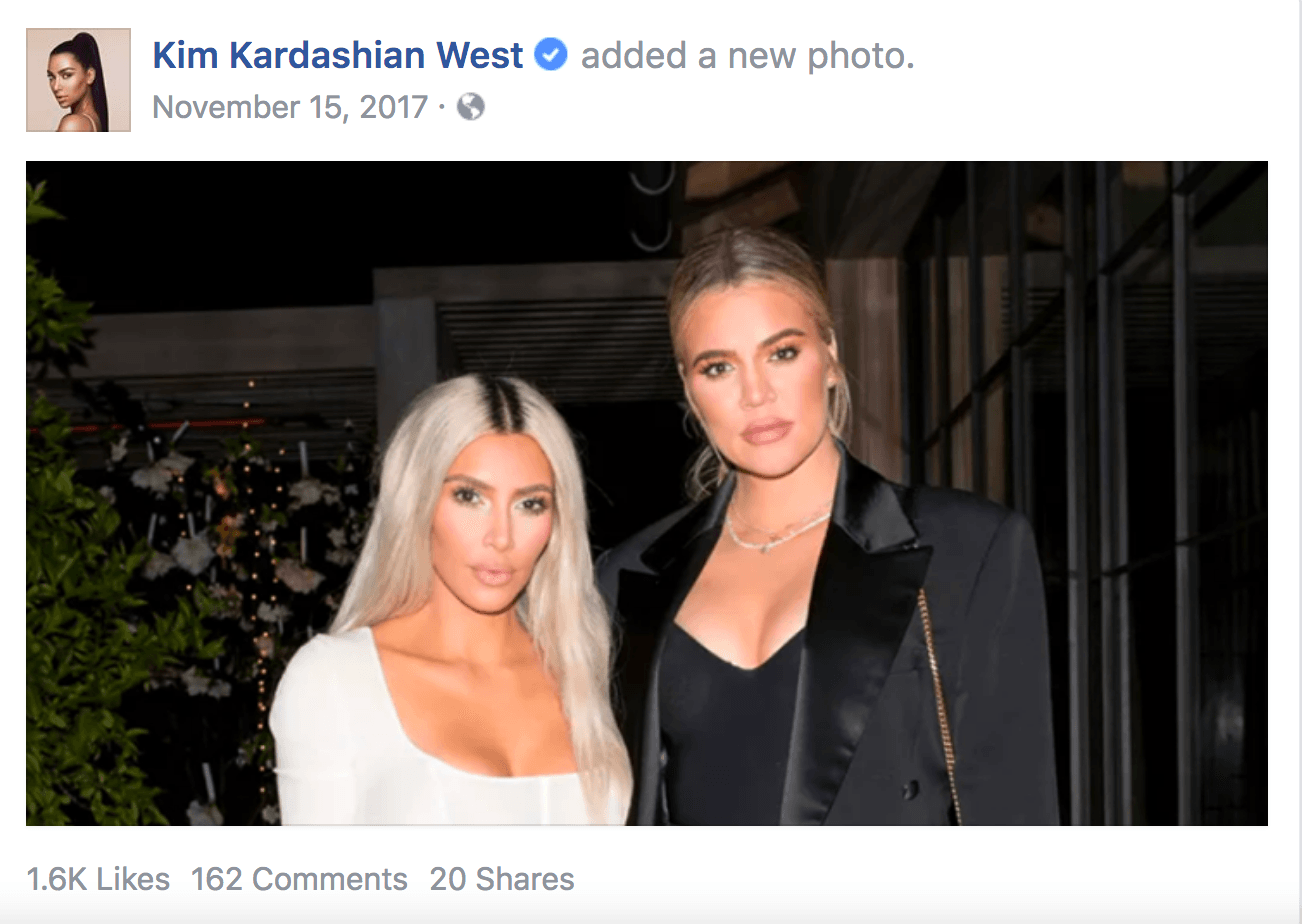 Although her baby bump was cropped out, we love the all-black ensemble Khloe wore to her sister Kim’s fragrance launch. The tuxedo blazer paired with a gold chain bag and gold eyeshadow with a nude lip gave the mother-to-be a classy, warm glow.

8. The all black outfit that made the internet go crazy 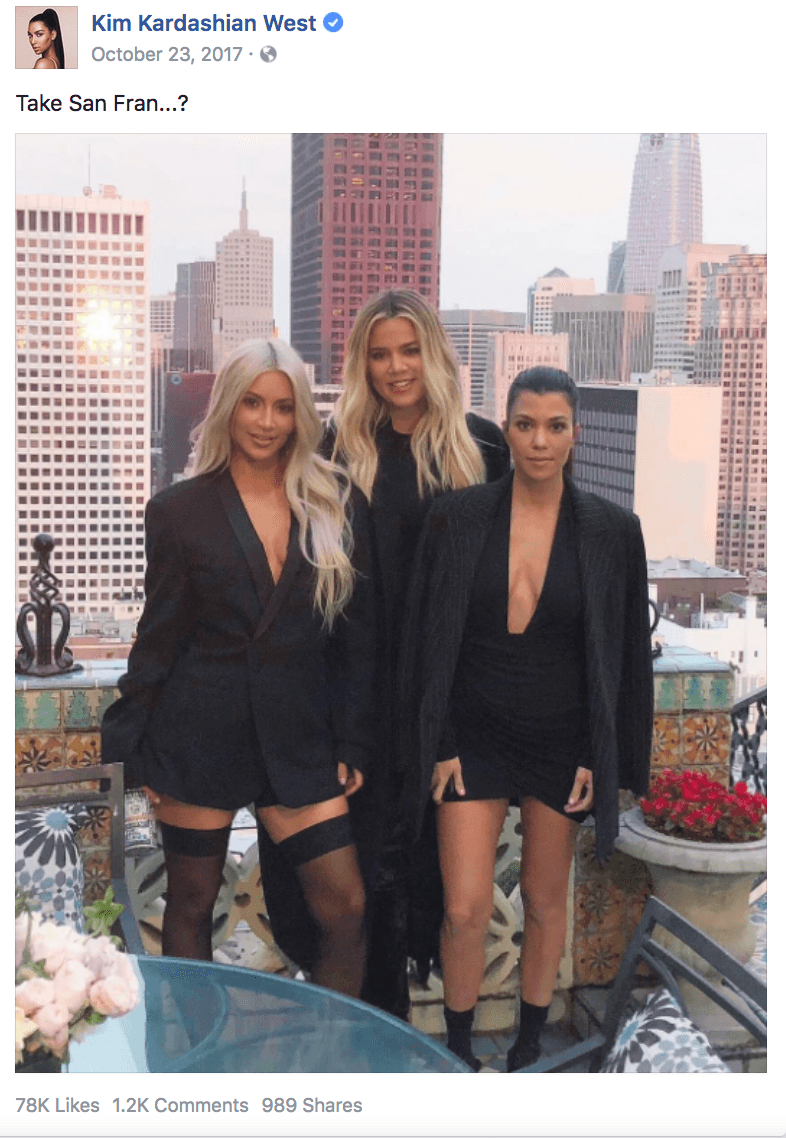 When Kim posted this picture to her Instagram account, the internet went nuts. Khloe was about three months pregnant here — but she hadn’t announced it yet. And her sisters appeared to be hiding her belly for a style shot.