As a self-proclaimed fashion guy, you think you know everything about style. You know the difference between cotton and cotton twill as well as the insider opinion that wearing white after Labor Day isn’t necessarily a fashion faux pas. But do you know designers? And the awkward silence ensues. Sure, you may know the basics (Ralph Lauren, Christian Dior, and Giorgio Armani), but not much comes to mind after that.

However, the world is full of designers who don’t have a bustling empire with fragrances and celebrity endorsements (yet). Not only is getting to know these obscure designers a great way to find some cherishable pieces, but your seemingly encyclopedic fashion knowledge will garner you as your friend group’s go-to style guy. And for any dress-conscious guy, isn’t that the dream? Time to brush up on your fashion IQ and read on for 10 brands you need to know about. 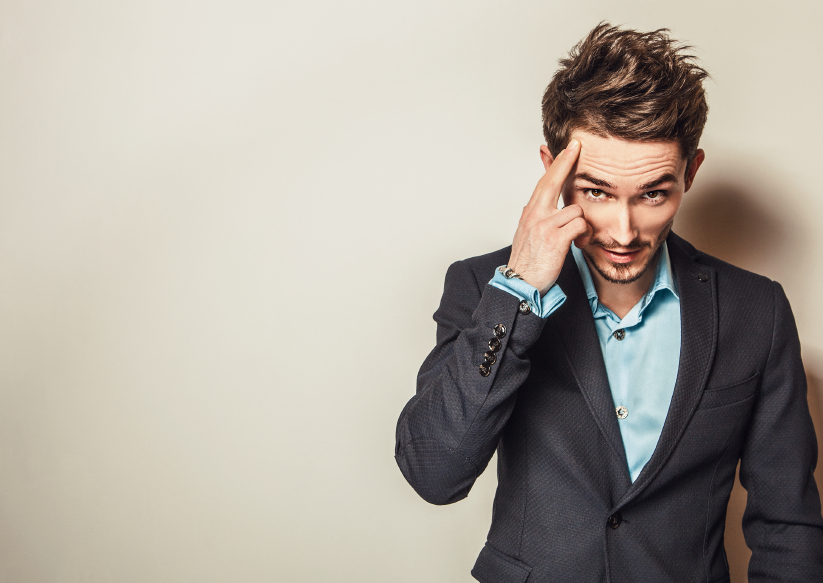 Every stylish man needs to know about these fashion brands | iStock.com

Even though Neil Barrett’s eponymous line dates back to 1999, the designer has an extensive resume. Born in South West England, Barrett studied design at two of the top fashion schools: Central Saint Martins School of Art and Design as well as the Royal College of Art in London. Between his experience at Gucci, spearheading Prada menswear’s collection, and being dubbed creative director of Puma Italia line in 2003, his very own label is just the tip of the sartorial iceberg. So now that you’re impressed by the man, let’s talk about the clothes. For starters, they’re perfect for the minimalist guy who isn’t afraid to make a statement: Think trimmed coats in deconstructed camo prints or fitted turtlenecks adorned with punchy graphics. But before you write off Barrett’s designs as showy, each statement print or material is featured in subdued neutrals like black, gray, or olive green. 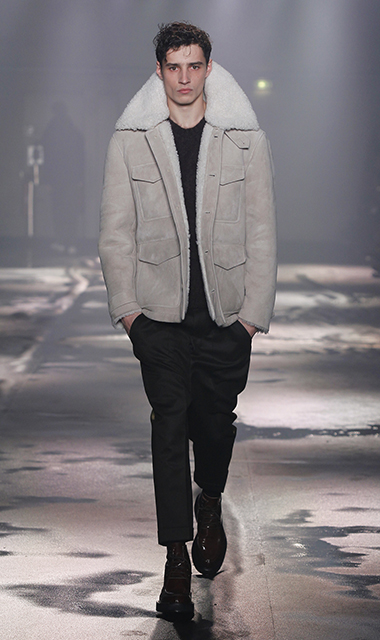 Once upon a time, French designer Alexandre Mattiussi tried his luck in selling T-shirts and shirts through retailers like Intermix and Lane Crawford. Alas, it was a flop, and in 2002, he closed down business. But, as Business of Fashion decrees, a lucky encounter with Marc Jacobs’ CEO prompted Mattiussi to give his fashion career another chance. And in 2011, Ami was born: A brand so cool and covetable that it won the Andam prize, a prestigious award in France, two years later. The comeback kid’s success can’t be solely attributed to good luck and perfect timing: Mr Porter writes that Mattiussi paid his dues at large fashion houses such as Dior, Givenchy, and Marc Jacobs. And then there’s his ability to make clothes that perfectly teeter between casual and dressy. From camel-colored wool overcoats, to felt-appliquéd sweatshirts, to washed-denim shirts, Ami has a bevy of threads that can be worn to a variety of events. They say that two brains are better than one, and that’s been proven true by New York-based brand Public School. The cult brand is a joint effort between street-wear designers Dao-Yi Chow and Maxwell Osborne. While the brand was launched in 2008, the designers didn’t hit their stride until 2013. In just a few years, the brand has won a litany of awards: the CFDA Swarovski Award for menswear in 2013, the CFDA Menswear Designer of the Year Award in 2014, and the International Woolmark prize. As for the clothes, Public School’s street-wear aesthetic is a far cry from your dad’s threads. Twill trousers are relaxed with a tapered hem and a drawstring closure. As for the accessories? Think leather sneakers that are far too fancy for the court and platform lace-ups that add some pizazz to your standard office kicks. 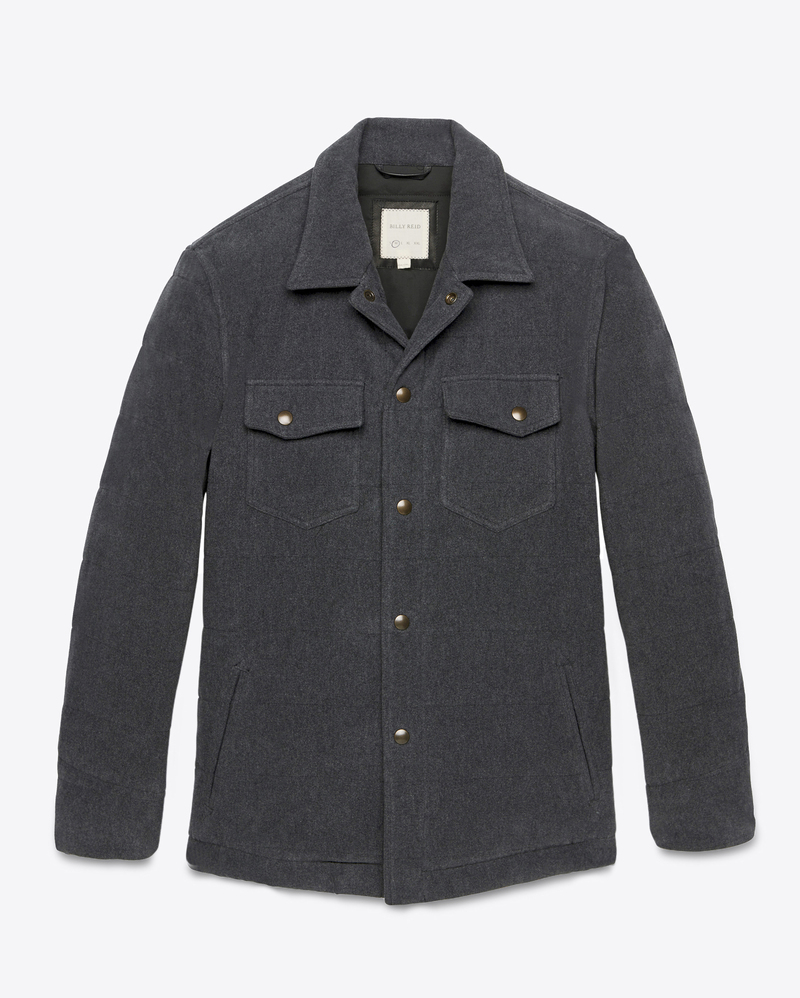 As every fashion-forward guy knows, finding a well-made luxury piece at an affordable price is no easy feat. Unless you have a penchant for vintage shopping, it feels like you’ll either sacrifice quality for an inexpensive piece or you’ll end up spending hundreds of dollars on a simple (albeit amazing) T-shirt. Enter Billy Reid, whose full namesake label debuted in 2004. With stints at Saks Fifth Avenue and Reebok, it’s no surprise that Reid’s line appeals to the fashion rookies and aficionados alike. This designer will tug at the heartstrings of guys who want to give classic traditionalism a hip twist at an affordable price. Navy wool coats for under $1,000, zesty cotton button downs for $200 each, and cotton twill chinos for as little as $325 (which is a bargain for Reid’s handcrafted Heirloom collection). Plus, each affordable garment can be mixed and matched for a quirky ensemble.

Step aside, J.Crew and Brooks Brothers: There’s a (not-so) new office attire alternative in town. While the American brand dates back to the 1930s, this brand is more modern and fashion-forward than the brand’s heritage background suggests. Prioritizing quality above all things, Gitman Brothers‘ specialty lies in button downs and ties — tactile silk, knit, and wool ties in dreamy jewel tones and standard stripes as well as cool geometrical prints. As for the shirts, the brand boasts 100% cotton Oxford shirts with signature details like chalk buttons and double-track stitching that are stylish with a suit jacket or relaxed pair of chinos. If you want to sport these after hours, swap the brand’s traditional solids and stripes and opt for Gitman’s selection of cheetah shirts, flannel, and Navajo-inspired prints. 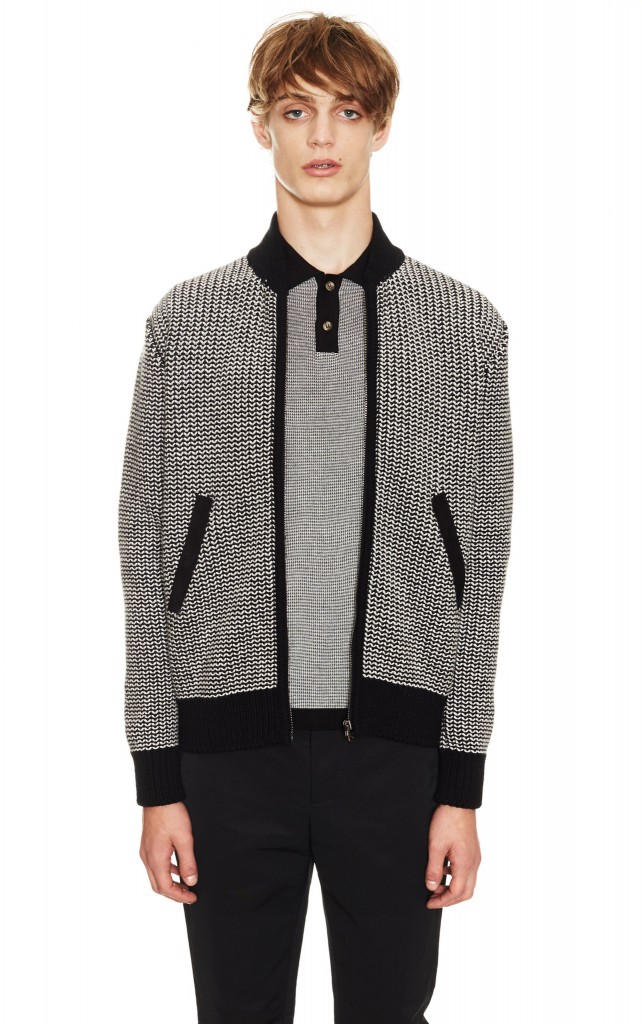 If you’re one of many who will be looking for luxurious basics, look to Orley. Introduced in 2012 by Matthew, Alex, and Samantha Orley, creating high-quality basics is a family affair. And with a slew of nominations and recognitions from the Council of Fashion Designers of America, Orley is destined to be the next big brand. Sure, a chain stitch hand knit pullover will set you back $1,795, but the wool cashmere blend is so worth it. If you’re looking for less expensive options, Orley also produces long-sleeved polos, henleys, and cardigans in lightweight merino. From solids to kooky chevrons and color-blocking, these picks can be dressed up with a neat pair of trousers or dressed down with a faded pair of jeans.

If it was available back when you were in high school, all the cool kids (you know, the ones who definitely missed their curfews) would’ve worn Ovadia & Sons. Currently stocking crewneck T-shirts with a rebellious zipper element, Nirvana-esque Buffalo checked flannels, and leather jackets with that tough motocross quilting along the shoulders and waist, consider the brand fashion’s cooler, badass cousin. It’s no surprise then that brothers-turned-designers Ariel and Shimon Ovadia were inspired by music and street style. Unlike their fashion week colleagues, the Ovadia brothers had no formal training in fashion design when they launched their brand in 2010. But it seems the gamble paid off: GQ dubbed the brothers “Best Menswear Designers” in 2011, and they have been nominated for several CFDA awards since. 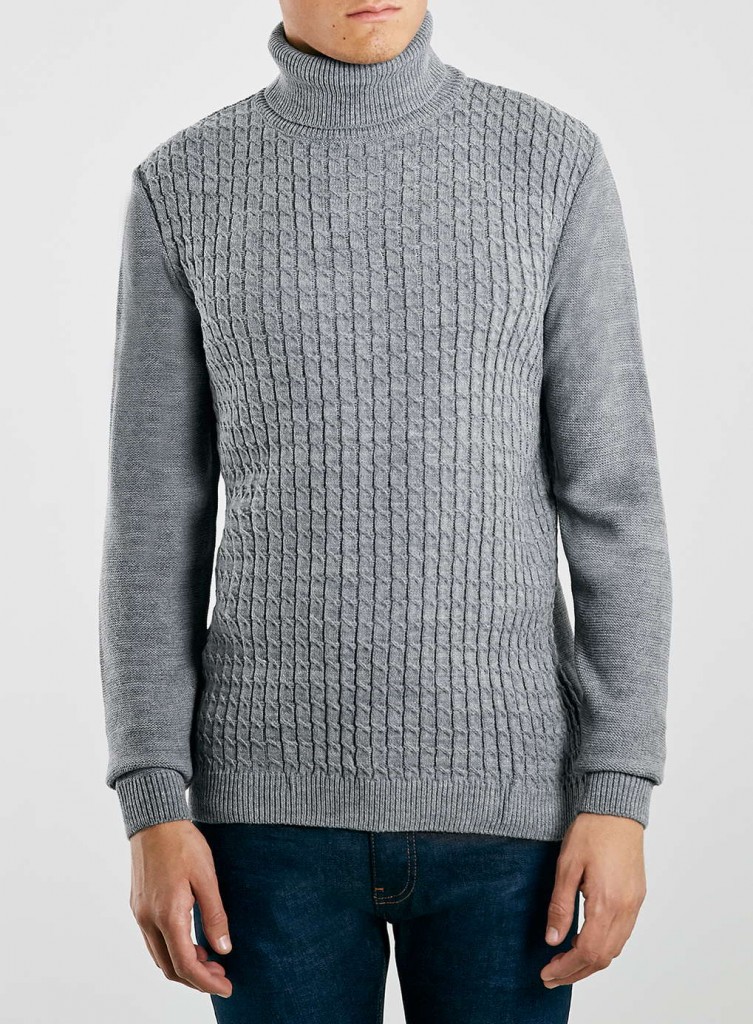 Let’s get one thing straight: Not every stylish guy needs to sport strictly high-fashion threads. Some may lean more toward a preppy aesthetic. If you have a passion for repp-striped belts, polos in punchy brights, mid-thigh shorts, and quilted vests, who better to turn to than Sid Mashburn? Based in Atlanta, Georgia, his resume is stacked with design gigs at ultra-preppy houses such as J.Crew, Tommy Hilfiger, Ralph Lauren, and Lands’ End. With a simple click on Mashburn’s site, you’ll be able to purchase all your necessities: underwear, socks, ties, shirts, pants, and belts, just to name a few. And not only are his designs loaded with cheery prints and shades, but Mashburn’s collection also boasts wearable fabrics like wool, cotton, and cashmere for an affordable price.

For any guy with a stylish girl in his life — whether it’s a mother, sister, friend, or significant other — you may know that Sacai is nothing new to the style circuit. After all, Japanese designer Chitose Abe launched her women’s line way back in 1999. But it wasn’t until 2009 that she started crafting clothes for the dudes as well. The result? A collection of cool, unconventional, and quirky threads. Not only is Sacai’s array of eye-catching prints and languid silhouettes enough to attract the fashion flock, Abe’s use of layerable garments is both a style lesson and a must-have for any guy’s wardrobe.

Sexy dressing for women and men are two completely different things. To some, ladies may look irresistible in a tight minidress. As for men? Nothing’s sexier than fitted pieces, neutral hues, and integrating playful textures. Translation: Jeffrey Rüdes’s collection. With over 35 years in the fashion industry — highlights include founding the denim company J Brand — there’s no denying that Rüdes knows clothes. His styles are ideal for the cultural guys who prefer wine bars over dive bars: silk crepe button downs, velvet blazers, and leather shawl lapels upgrade your standard suiting basics. But these modern threads aren’t only appropriate for fancy evening outings. With a pair of fitted jeans and dressy sneakers, these pieces will also look great at a more casual affair.