Men’s Jeans: What You Need to Know About Raw and Selvedge Jeans

Denim jeans are not only a wardrobe staple but also the foundation from which we build most of our outfits. In one word, jeans are our essentials. In fact, it would be challenging for most of us to try not wearing our favorite denim at least once during the week. You would think with denim jeans having such a hold on our sartorial consciousness that we could also consider ourselves jean experts. But if you’re unfamiliar with selvedge or raw denim, it’s time to start studying. Here’s our handy guide. 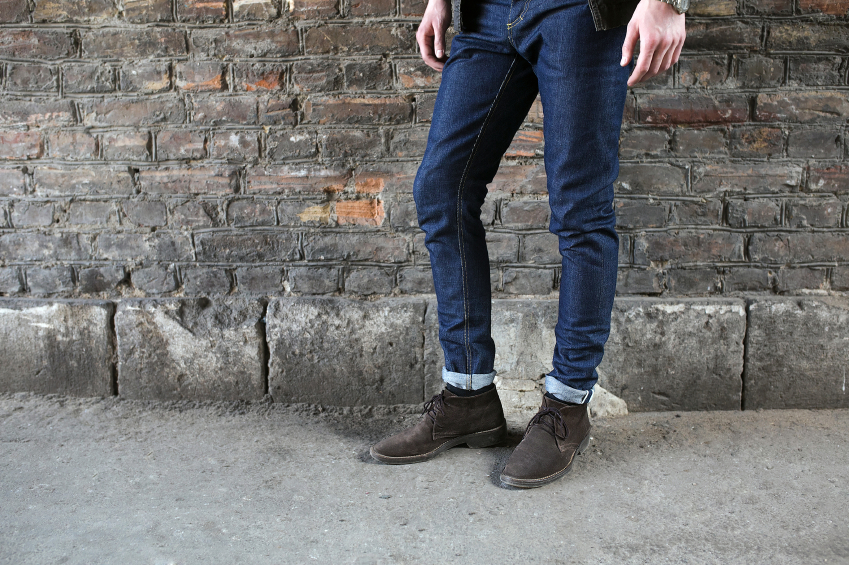 According to GQ style director, Robert Johnston, selvedge denim is a self-finished fabric in which a particular edge stitching — usually finished in red or orange — ensures that the fabric won’t unravel. Selvage denim is made on something called a shuttle loom (as all denim was prior to the ’60s), and the resulting fabric is narrower and associated with premium quality. Unfortunately, few factories in the world still use shuttle looms. For a while, the Japanese held a near-monopoly on the production of selvedge denim, as it’s where most of the remaining shuttle looms are.

Japan’s embrace of the shuttle loom is due to their love of everything post-WWII Americana, according to the same story. However, there are a few companies in the U.S. that produce selvedge denim on old shuttle looms, with the most prominent mill being Cone Cotton Mill’s White Oak factory in North Carolina, which uses 100% grown and woven cotton in the U.S.

Due to the exclusivity of production, this denim is more expensive, running close to $300 — though you may be able to find it for less. Despite the rarity and price of selvedge denim, it’s experiencing a revival, thanks to what The Art of Manliness calls the “heritage movement” in menswear.

If you’re a traditionalist who loves denim, opting for selvedge denim is a solid investment. Selvedge denim jeans — particularly unsanforized selvedge denim — age brilliantly. According to Kiya Babzani, denim expert and founder of  Self Edge, you should look for unsaforized loomstate denim. The sanforization process “flattens” the denim, while simultaneously destroying much of the jean’s character. Loomstate unsanforized selvedge denim is taken right off the loom without any further processing. It yields a jean that will better mold to your body and will fade more richly with regular wear.

If you’re buying unsanforized, give them a soak and they’ll shrink down to size. After that, all you have to do is wear them. “With unsanforized denim, once you soak it, you can wear it just like a sanforized jean,” Babzani told Esquire. They’re also easy to take care of when they get dirty. Don’t be afraid to toss them in the washing machine — just make sure you hang them to dry though. In fact, not washing them will allow the dirt to break down the fibers and cause early-onset tearing. With unsanforized denim, you’ll still get that faded look you’re going for, even if you wash them regularly.

Most importantly, as you continue to wear them, you’ll truly understand why you made the right decision with your hefty investment: “It ages in a graceful way, ” Babzani sais in the story.

While most selvedge jeans are made with raw denim, some are made from selvedge denim — but the two terms are not interchangeable. “Selvedge” refers to the edge on the denim and “raw” simply refers to the lack of pre-washing on the fabric (sanforized versus unsanforized), which is why raw denim’s blue color rubs off on white sneakers. Raw is a term often used to replace “dry” when describing the denim. Many raw denim jeans are made on a projectile loom, and thus don’t have the selvedge edge.

Just as with selvedge denim, raw denim is created as a blank slate for the wearer. Getting the ideal result can take years of dedication, but in the end, you will have a sculpted piece of clothing that is all yours and yours alone. As with selvedge denim, purchase a pair in your size, wash regularly, and begin to see why it was money well-spent as they become your new favorite pair of jeans.