First ladies often become style icons for the country, and Michelle Obama was no different. From starting her own initiatives, such as Reach Higher, to her speech at the Democratic National Convention, she was the epitome of a poised first lady. To celebrate her eight years as first lady, here are eight of her best fashion moments. 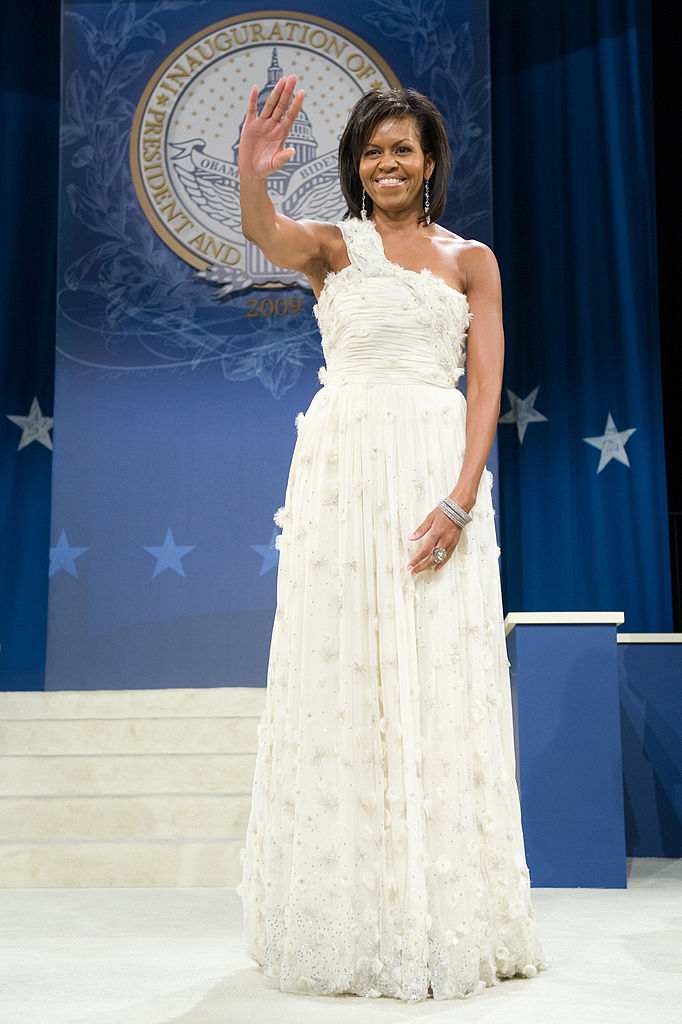 Let’s start at the beginning, shall we? The president hadn’t even been in the Oval Office for a full day when the first lady became America’s new favorite fashionista. The dainty appliqués on her gown were perfect for such a historic day, and the asymmetrical neckline offered a modern twist without looking too trendy. This dress was designed by New York designer Jason Wu, and this look single-handedly kick-started his career. After Obama wore this gown, Jason Wu went on to be one of the hottest designers at New York Fashion Week, and even developed a capsule collaboration with Target. 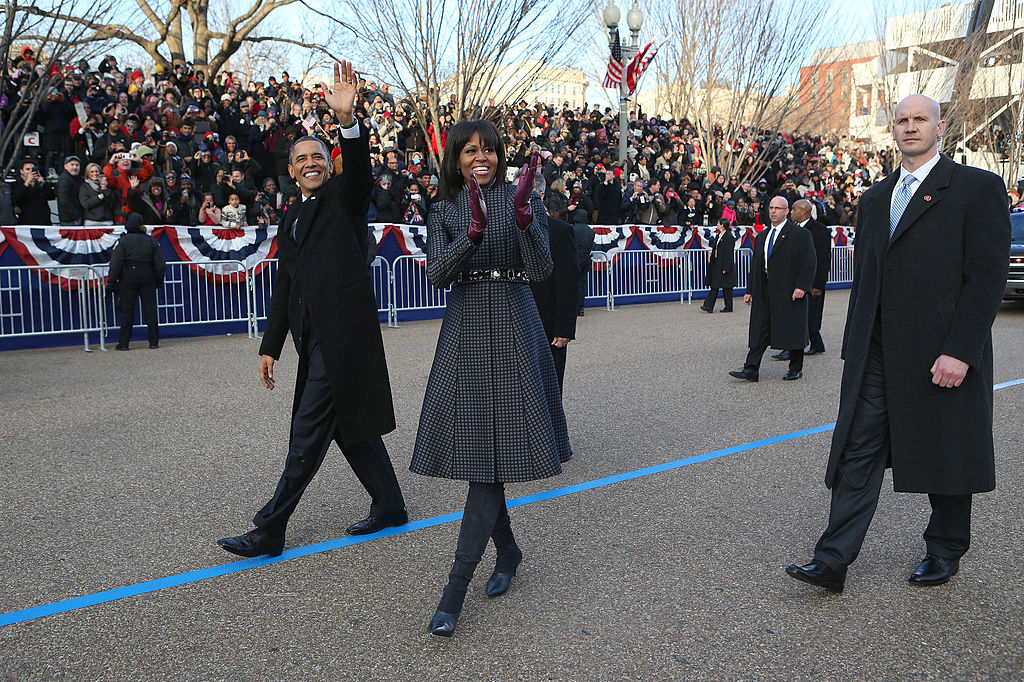 On a particularly cold day, opting for a statement — and warm — jacket can add some much-needed energy to your outfit. In addition to selecting a geometric Thom Browne coat, Obama also added a bejeweled belt and purple gloves to the mix. Now that’s how you look photo-ready this winter. Plus, this coat hits nicely above her knees, which elongates her legs and is very flattering. 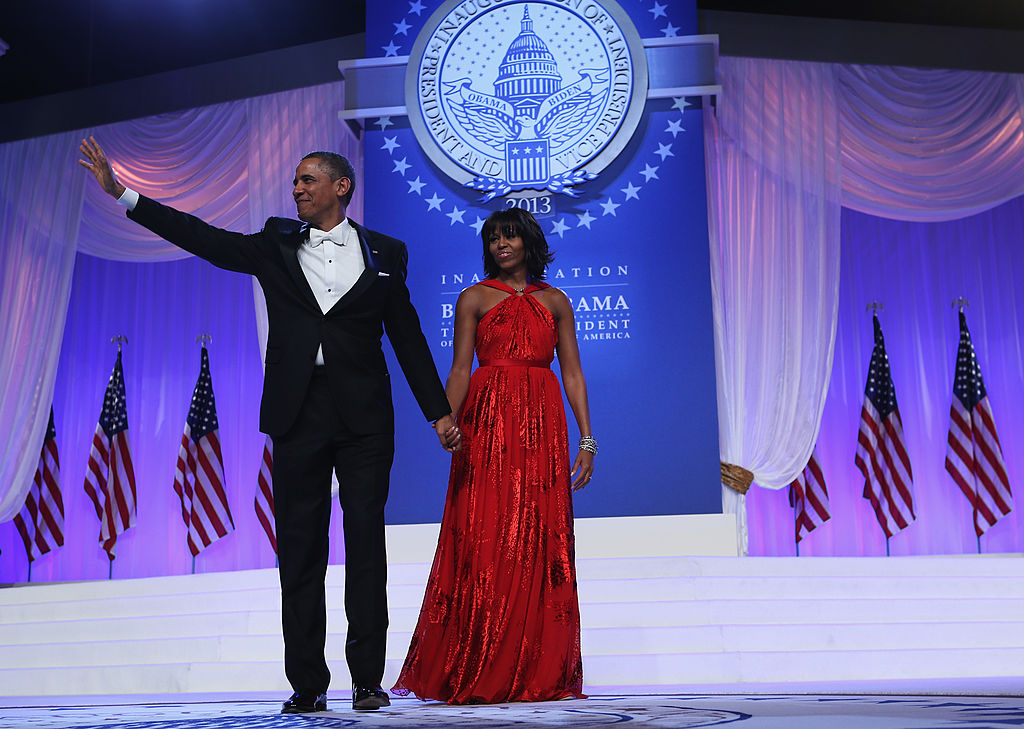 Another Inaugural Ball, another stunning Jason Wu frock. This one, however, is different from Obama’s ethereal gown four years prior. This fiery red halter is cool, but event-appropriate, and her hair — which is usually blown dry to perfection — boasts some subtle beach waves. With the exception of a wrist of sparkling bangles, Obama opted for minimal accessories to keep the attention on this striking look. 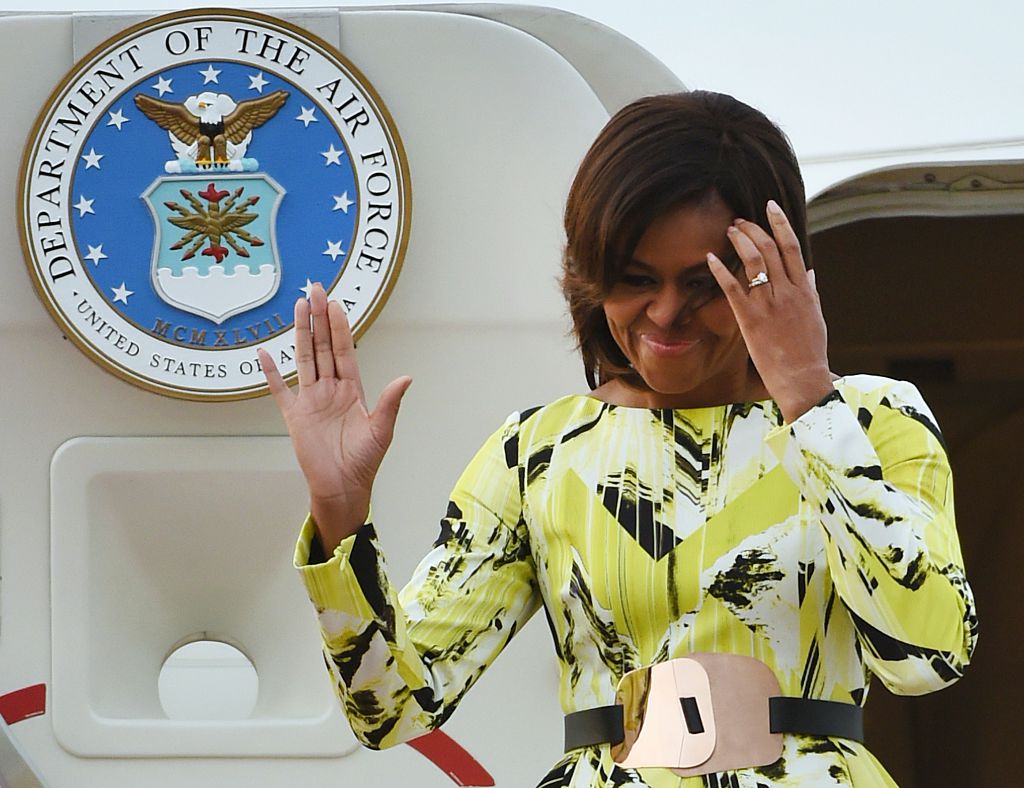 File this look under “yet another miraculous moment from Michelle Obama.” The sad truth is most of us wouldn’t look good in this look. Between the bright neon shade, lively pattern, and full skirt, many would look like they’re trying too hard. Not her, of course. While she does manage to wear every look with complete confidence and control — no matter how many colors and prints are involved — the accessories added to this Kenzo dress are brilliant. By sticking with a subtle pump and adding a metallic belt to the mix, the print looks a lot softer than if she were to wear the dress as is.

Never underestimate the power of a strong print. Though it’s not one of her iconic, high-profile looks — Obama wore this Thakoon number to the Whitney Museum Dedication Ceremony in New York City — this getup is pretty fantastic. If it weren’t for the whimsical florals, this would’ve been another standard frock. However, this print adds a hint of romanticism to such a simple silhouette. To tie the look together, Obama paired this dress with simple black pumps, dainty earrings, and a poppy lip. 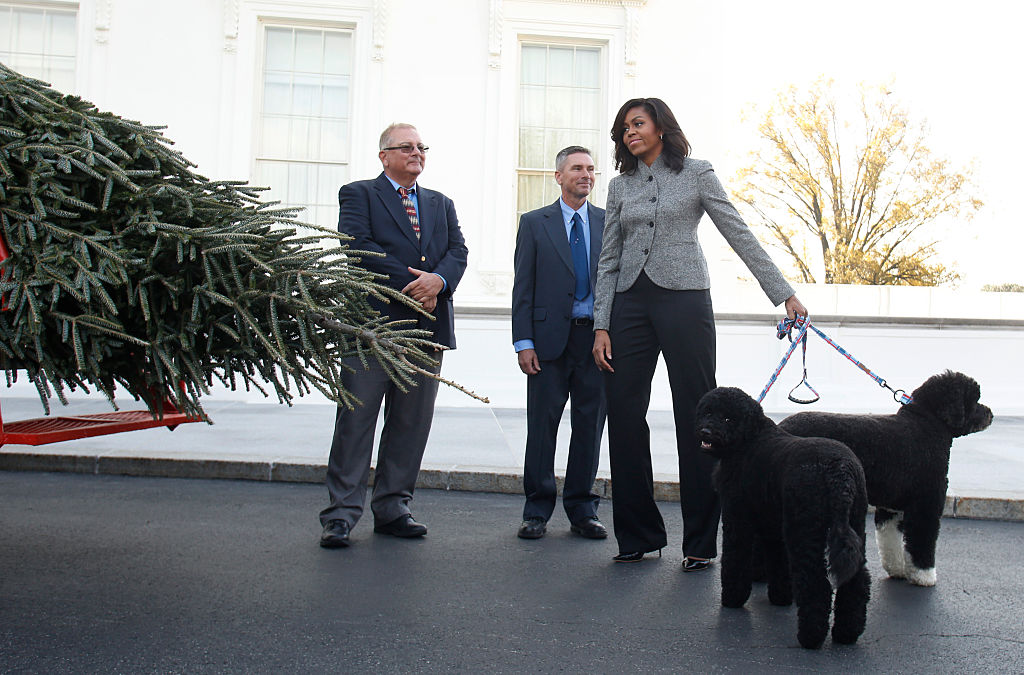 While Obama is known for wearing tasteful dresses to appearances, she knows how to rock some pants, too. In 2015, she welcomed the White House’s official Christmas tree in a pair of flattering slacks and a mod, button-up blazer. Though she strayed away from her signature formula, she looked just as polished and modern as always. It’s safe to say Jackie O. and Michelle O. have very different styles, but we’d like to think Obama channels the former first lady with this ensemble. 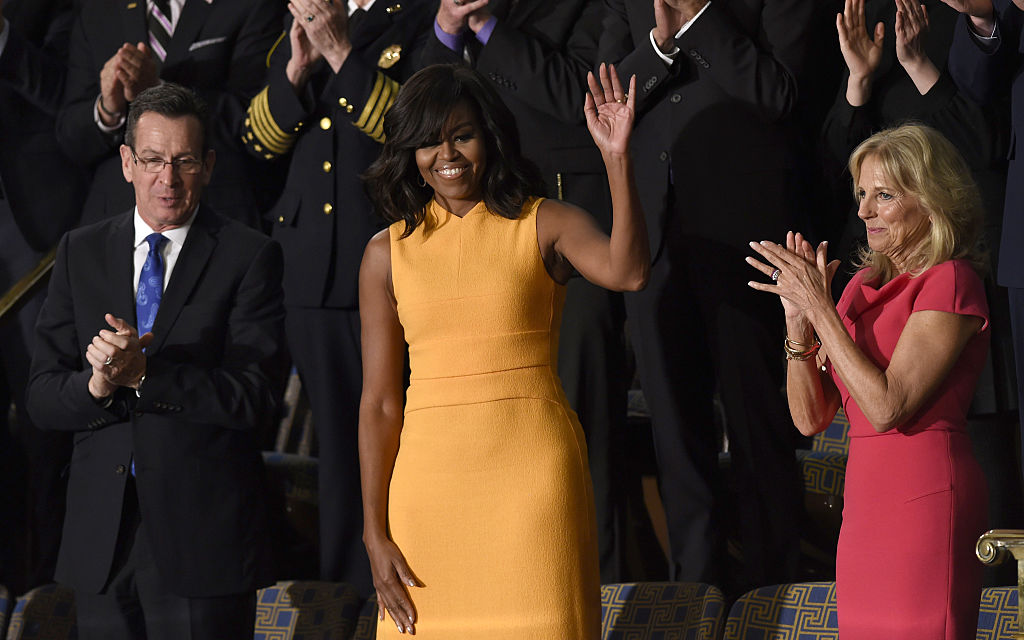 Obama’s sartorial influence spreads beyond fashion blogs and glossy magazines: Real women want to dress like her, too. Everyone knows a leader’s State of the Union address prioritizes global affairs and our country’s morale, not fashion. Yet when President Barack Obama delivered his final address, the cheery Narciso Rodriguez dress she wore to the occasion was sold out before the speech was over. While a mac-n-cheese yellow isn’t universally flattering, Obama wore it so well viewers couldn’t resist adding it to their e-carts. 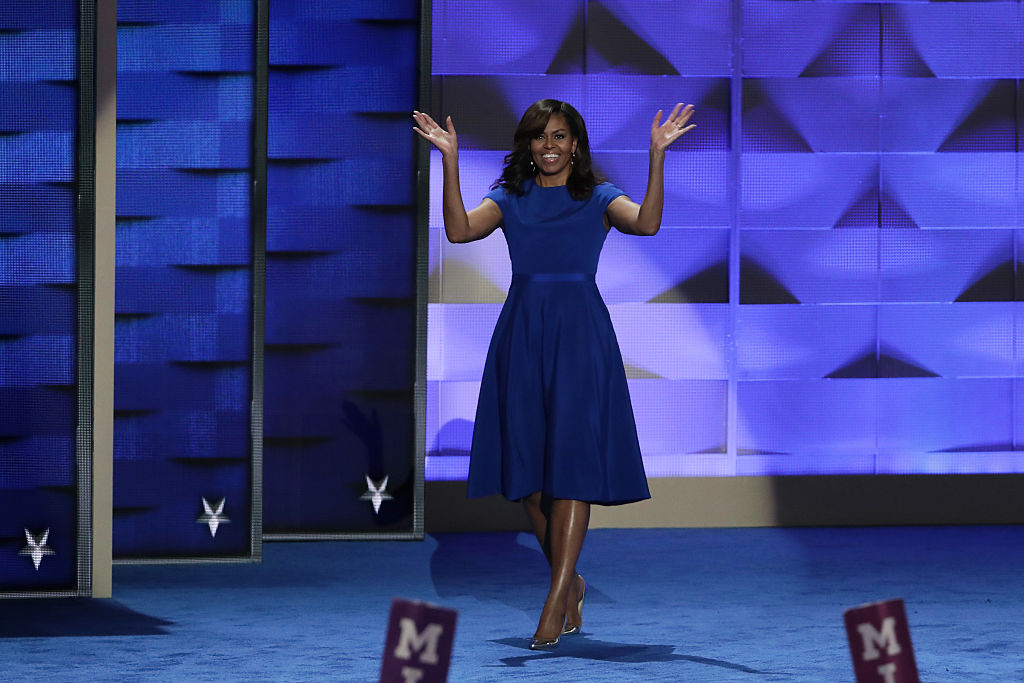 Anyone can look nice in a set of versatile neutrals, but a true trendsetter experiments with color — and looks good doing it. Take 2016’s Democratic National Convention, where Obama sported a belted Christian Siriano dress. What made this look wasn’t the sweet — but slightly predictable — silhouette, it was that daring cobalt blue shade. Of course, this isn’t her first foray into color theory: Whether she was sitting on the sidelines at a presidential debate or headed to a stately gala, this first lady never shied away from a bright hue.