Mobile Data: How to Find Out How Much Data You Need 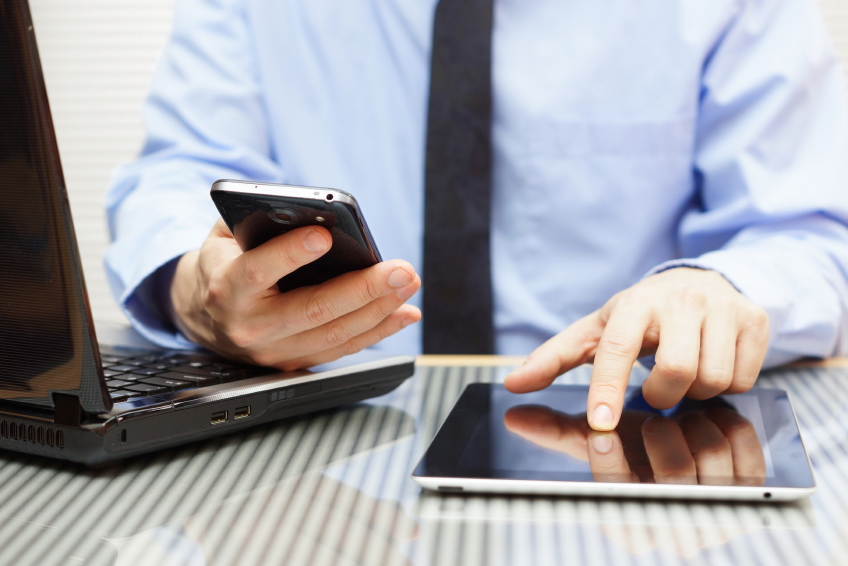 Whether you’re actively looking for a new smartphone plan or are simply in the stage where you’re getting dissatisfied with your current one, you’ve probably realized that it can be a difficult task to figure out how much data you really use and how much you actually need. And that’s saying nothing of how difficult it is to figure out what the best deal is when you are in the market for a new plan.

Your carrier probably doesn’t make it particularly easy to track how much data you’re using. And that becomes a problem when you go over the amount of data you’re paying for each month. Depending on your plan, you’ll either see sizable charges added to your bill, or see the speed of your data slowed down to a crawl. And The New York Times’ Brian X. Chen points out that even if you think that you know how much data you normally use, your consumption can quickly change when you get a brand new smartphone, which is probably faster and more capable than your old device — and more prone to guzzling larger amounts of data.

Chen notes that the average amount of mobile data consumed keeps growing each year. In 2014, American wireless subscribers consumed an average of 1.9GB per month, up from 1.2GB in 2013. That number is expected to rise dramatically, to 11GB in 2019. But as your data usage increases, you can face heavier costs if you aren’t switching plans to keep up. Some carriers, like AT&T and Verizon, charge overage fees of $15 per gigabyte. Others, including T-Mobile and Sprint, offer plans that include unlimited data at reduced speeds, which means that when you run through the high-speed gigabytes you’ve been allotted, your speeds slow down to a crawl.

The problem is that even if you aren’t increasing the amount of time that you spend with your smartphone, you’re probably consuming more data anyway. As smartphone screens get bigger, their cameras get better, and carriers’ networks get faster, it’s becoming easier and easier to engage in data-intensive tasks, like uploading and downloading high-resolution photos and videos. Add in functionality like mobile hotspots, and it’s even harder to guess how much data you’re actually using. So it’s wise to sit down and look at how much data you’re using, especially if you’re thinking of re-evaluating your smartphone plan.

All of the major wireless carriers in the United States offer an app or an online tool for tracking your data usage. But Chen advises against relying on those tools, simply because they are often time-consuming to use or simply poorly-designed. Instead, Chen reports that the quickest way to monitor your data usage is to find the code that you can punch into your phone to get an update on how much data you’re using.

Unlike the process of combing through your carrier’s website or app, sending a text or placing a call to one of these numbers is a quick and easy way to get an update on how much data you’re using. For busy people, whether you’re prone to procrastination or not, that means that you’re much more likely to actually check on your data usage regularly, which can help you figure out how much data you really use and what you’re going to need if you decide to switch plans. Many carriers will send you a text message or even an email as you near your data cap to help you avoid any unpleasant surprises.

It’s a good idea to check your data usage at the end of the billing cycle at least a few times a year, if not each month. If you upgrade to a brand-new phone, it’s a good idea to watch your usage more closely, perhaps after the first three months of use, to see what new patterns you’ve settled into after the honeymoon phase with the new device is over.

If upon checking your usage, you notice that you’re routinely getting close to your monthly cap, consider upgrading to a new plan or consciously reducing data-intensive tasks by only watching videos or downloading apps when connected to a Wi-Fi network. If you find that you come nowhere near the amount of data that you’re paying for, consider downgrading to a smaller plan, so that you aren’t wasting money paying for more data than you really need.

If you’re in the market for a new smartphone plan, check out our guide to finding a better plan, and use online tools like the one from Cinch Financial to get some automatic recommendations on plans that may work well for you. With a dizzying array of options available to you, it’s smart to figure out exactly what you need so that you can find the best plan and the best price for your needs — and being aware of exactly how much data you usually use is a key piece of information when you’re making that decision.