New Technology May Make Charging Your Smartphone Much Easier 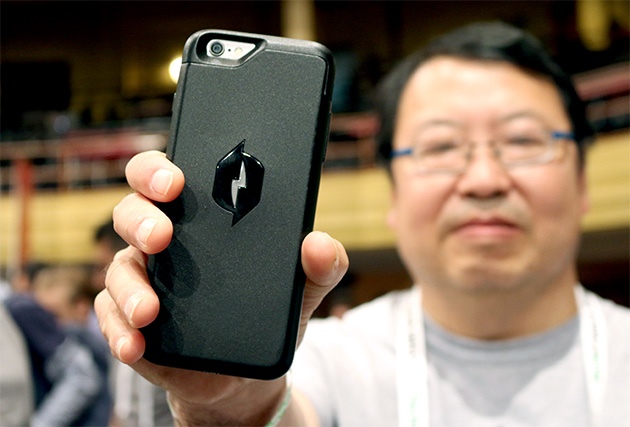 As smartphones gain faster processors, more impressive screens, high-powered cameras, and power-intensive apps, advances in batteries fail to keep up with the steady march toward ever-slimmer devices and more-capable components and sensors. So far, manufacturers have gotten away with subpar batteries because large phone sizes enable them to pack super-sized batteries into their phones. But many users still struggle to get through the day on a single charge. The state of your smartphone battery can be a major cause of stress, especially if you’re caught somewhere with a dying battery and no way to charge it.

Fortunately, a number of tech companies are working on solutions to the problem. Some are aligning with wireless charging technologies, like Qi and Rezence, though so far, only a handful of smartphone companies, including LG, Samsung, and HTC, have shipped phones that support the Qi standard, while the first Rezence-capable phones are expected to ship later this year.

Rachel Metz reports for MIT’s Technology Review that with wireless charging still far from mainstream — and still requiring your phone to remain on a charging mat or base that plugs into an outlet — other companies are looking in what could turn out to be a more promising direction with solutions that enable you to extend your smartphone’s battery life even when you’re far away from the nearest power outlet.

Ohio-based Nikola Labs is working on a smartphone case that captures some of the radio waves that the phone transmits when connecting to cell towers and WiFi routers, converts them to electricity, and feeds the resulting power to the phone’s battery.

As with a battery pack case, the company’s iPhone case plugs directly into the bottom of the phone, which enables it to intermittently send power to the phone’s battery. The technology, which works because it’s harvesting radio waves so close to the phone’s transmitting antenna and is capturing radio waves that aren’t needed for communication, was invented by Ohio State University research associate professor of electrical and computer engineering Chi-Chih Chen.

Will Zell, the chief executive of Nikola Labs, tells Technology Review that cases like his startup’s won’t render the need to plug in your smartphone obsolete. However, the phone case should be able to give users between 25 and 30% more battery life between charges — a significant boost. The company built the first working prototype of its case this spring, and the company has both raised private funding and is running a Kickstarter campaign to bring the product to market within the first three months of 2016. The company has begun early talks with phone makers about the potential of integrating the technology into the phone itself.

Metz points out that a French tech company called Sunpartner Technologies is already working on a transparent overlay called WYSIPS Crystal — the acronym stands for “what you see is photovoltaic surface” — that would be inserted between the glass and the touchscreen layers of a smartphone. The layer is covered with solar cells, which capture artificial or natural light and convert it into electrical current. Connecting the tech to the phone’s battery would enable the layer to send power directly to the battery. Sunpartner is working with Kyocera to get WYSIPS Crystal into phones that will ship next year. While the energy that the WYSIPS Crystal can produce depends on the light it’s exposed to, in its current form, it can only boost a smartphone’s battery by between 10 and 15%.

More suited to the job of powering a phone from scratch — a task that WYSIPS Crystal marketing director Matthieu de Broca says the layer won’t ever be up to — is a wearable charger from Illinois-based startup Ampy. The charger, which is about the size of a deck of cards, contains a battery that you power with motion. It contains inductors — essentially magnets moving within a coil — that are activated as you walk, run, or cycle, generating electricity that’s stored in an internal battery. You need to plug your smartphone in to Ampy to charge it, but the device can store enough power to fully recharge a smartphone — though it can take a while to build up that amount of power, since Ampy says that an hour of exercise equates to about an hour of “normal” smartphone usage.

Even though battery technology and the chemistry that powers it doesn’t keep pace with Moore’s Law and the chips in its domain, batteries need to find a way to keep pace with the increasingly sophisticated devices that depend on them. As we depend more on our smartphones, these companies and others in the consumer electronics industry will need to improve the way that devices use and produce power to keep up with consumers — who communicate ever more loudly through their app usage patterns and their sheer amount of screen time that the smartphone is an indispensable tool throughout many of the day’s activities and needs the battery power to last through all of them.