Not Familiar With Modular Devices? 4 Reasons to Pay Attention

Some trends in technology are easy to ignore, and modular devices so far have been one of them. To tech enthusiasts who don’t closely follow crowdfunding campaigns or actively speculate about Google’s moonshot projects, modular gadgets so far seem more science-fiction than reality. But such devices are gaining momentum — not least because there are many reasons to love them.

Thomas Ricker reports for The Verge that a major benefit of modular devices is “an elegance that comes from being able to manipulate complex engineering through a series of clicks.” But even better than that? Taking advantage of the modularity to make your device unique, to spend less time thinking about what device you should upgrade to next, to reduce your impact on the environment, and even to save money. Read on for some great reasons to start paying attention to modular devices.

1. You can make a modular device your own

When Dave Hakkens first shared the video concept for a modular phone, called Phonebloks, in 2013, the video captured the Internet’s imagination because it demonstrated that you could not only upgrade a modular phone yourself, but customize it. A modular phone could have exactly the components that you want, and you could quite literally make room to upgrade the technology that’s the most important to you, while putting less emphasis on the things that you care less about.

Ricker notes that in the two years since Hakkens posted that original video, the YouTube view counter has ticked past 21 million, and Google has gotten on board and is partnering with Hakkens to make the modular phone a reality under Project Ara. He also compares the satisfaction of manipulating hardware to the appeal of customizing Android to your exact preferences. If you like to spend some time on a DIY to get exactly what you want out of a device, then you’re going to love modular gadgets. 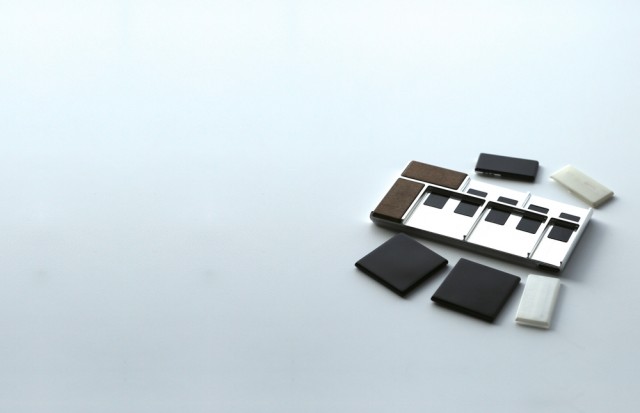 On the other hand, if you want to spend less time researching what device you should buy next and would prefer to stick with one for a long time, then modular devices will be great for you, too. As the Phonebloks concept made clear to many electronics fans, it’s wasteful to get rid of an entire phone every year or two, when what you really want to do is just upgrade one or two components.

If you want to add navigation to a modular smartwatch, for instance, you’d be able to just add a GPS module, instead of buying a new watch. If your tablet is getting slow, upgrade the processor or RAM. Or if you’re not happy with the photos your smartphone is taking, just buy a better camera module. As Google explains on its Project Ara page, “You can upgrade different parts of your phone when you need to. Replace a broken display. Save up for a high-end camera. Share a module with your family, or swap one with your friends. Now you don’t have to throw your phone away every few years.”

3. Modular gadgets make our tech addiction easier on the earth 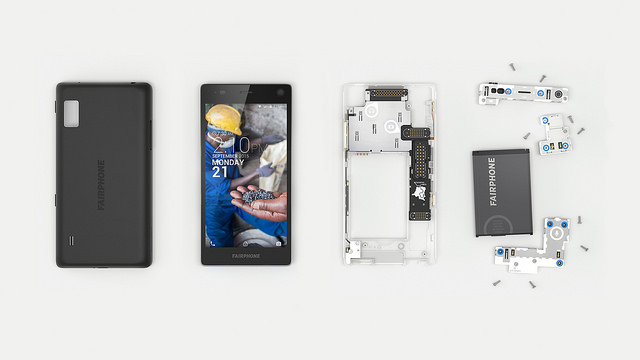 Another major benefit of being able to swap out components of devices instead of replacing those devices altogether is that modular gadgets are a lot more environmentally friendly than their traditional counterparts. And some early modular device manufacturers are already taking that benefit seriously.

Fairphone, for instance, offers an ethically-sourced smartphone that’s easy to repair, instead of replace, and enables users to swap out a broken screen, upgrade the camera or CPU, or add a new speaker instead of throwing the device away after its warranty expires. Every smartphone contains about 40 different minerals and metals, which Fairphone explains all enter the supply chain through the mining industry, which faces challenges like pollution, dangerous working conditions, and child labor. So the company is using as many responsibly-mined materials as it can in its phone, starting with gold, tungsten, tin, and tantalum. That reduces the negative environmental and social impacts of manufacturing the phone. And reducing the number of phones that get thrown away each year decreases the volume of phones that end up in landfills or being recycled in unsafe conditions.

4. A modular device can save you money

It’s easy to imagine how switching out your smartphone’s components, instead of having to decide every year or two how much you want to spend to get a new phone, would end up saving you money. But the concept applies to other devices, too, including ones that can be pricier even than the high-end phones we’ve all grown to love.

Ricker notes that Samsung offers a $299 Evolution Kit for some of its TVs, which enables you to extend the life of the display “for a decade or more while still supporting the latest advances in smart TV OSes.” And the sky-high price tag of Apple’s Apple Watch Edition has sparked speculation that the watch would be modular, in order to continue supporting software updates and perhaps even hardware upgrades even as new generations of the Apple Watch are released.

You might think that it’ll take you a lot of time to choose new parts and do DIY repairs and upgrades yourself. But consider how much time you spend researching a new device and then setting it up once you’ve made the purchase. Even if a modular device takes a little bit of time and energy to configure, it can save you a significant amount of money — or at least give you a lot more bang for your buck. From Acer’s modular Revo Build Mini PC to the BLOCKS modular smartwatch, it’s looking like building your own device is an increasingly useful option.