If you appreciate design and quality construction, you probably considered purchasing a Mac the last time you were in the market for a laptop or a desktop computer. But as you likely realized, Macs are pretty expensive, and it takes some careful thinking about your needs and priorities to determine whether you actually need a Mac. A Mac is an important investment for many people, particularly those in creative fields, but may not be quite as cost-effective if you primarily need a machine for basic browsing and lightweight tasks. Or, if you’re working or studying in a field where you need to have a PC, a Mac may be out of the question altogether.

So what should you do if you don’t want to buy a Mac, but wouldn’t mind finding a computer that looks like a Mac? We’ve rounded up a few choices for you, so that you can take your pick of a few PCs that look like a Mac, but actually run Windows or Chrome OS instead.

Andrew Cunningham reports for Ars Technica that the Acer Chromebase 24 is a rare example of a Chrome OS all-in-one — one that can be a compelling alternative to Apple’s iMac. The Chromebase 24 has a 23.8-inch 1080p IPS display, Intel Core processors, up to 8GB of RAM, 802.11ac Wi-Fi, gigabit Ethernet, three USB 3.0 ports, one USB 2.0 port, an SD card reader, and a webcam with four noise-canceling microphones. It also features what Cunningham reports is a “distinctly iMac-esque stand, which can tilt at angles between 5 and 30 degrees.” 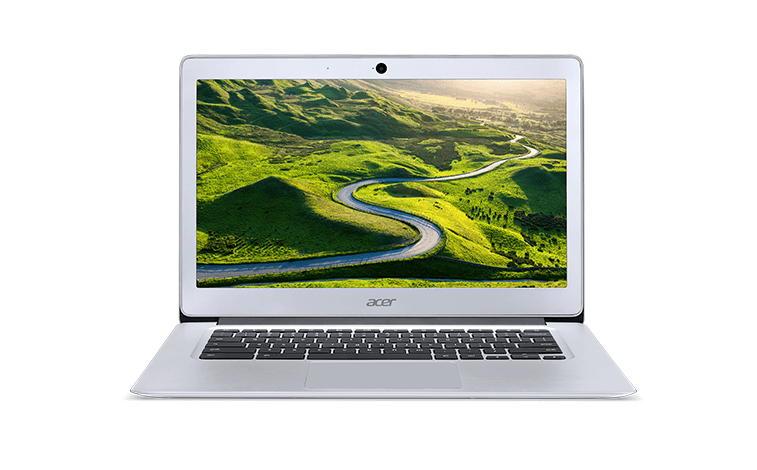 Joshua Goldman reports for CNET that the Acer Chromebook 14 has an aluminum body that’s “much nicer than the plastic competition,” and “stands out for its stylish design and big screen at an affordable price.” Chromebooks are generally known more for being affordable and portable than for stylish design. But the Acer Chromebook 14 has a 14-inch screen, a thin form factor, an aluminum build, and a sub-$300 build. The machine also features a dual-core or quad-core Intel Celeron processor, and 2GB or 4GB of RAM. Goldman notes that while this isn’t an extremely powerful machine, it’s “reasonably quick and responsive” under a normal load. While “power users will need more power,” Goldman notes that the “thin aluminum body looks and feels good,” and for users who don’t need expensive specs, this laptop is worth shortlisting.

Michael Passingham reports for Alphr that the Asus Zen AiO Z240ICGT is a “genuine challenger” to Apple’s all-in-one iMac, “with styling to match the specification.” The Asus Zen AiO gives you high-end specifications (at a top-of-the-line price), with what Passingham reports is a “glorious 24in, 3,840 x 2,160 resolution screen,” built-in speakers that offer impressive audio, an Intel RealSense camera that enables advanced motion controls, some motion-based gaming, and supports Windows 10’s Hello security feature. Passingham characterizes the machine as a “premium all-in-one PC with plenty of power and a terrific screen.” The only drawback is a sluggish hard disk, “which puts a dent in its professional photo- and video-editing credentials.” But if you aren’t a professional photographer or videographer, it still compares favorably to Apple’s entry-level 27-inch 5K iMac. “For your money, you get similar performance, better graphics capabilities but a smaller screen and cheaper peripherals.”

Andrew Williams reports for PC Advisor that the Asus ZenBook UX305CA is an ultraportable laptop that “takes up the slack left by the MacBook Air series, whose design and hardware is now a little out-of-date in certain areas.” Williams reports that this isn’t a laptop for users “who are going to spend hours poring over benchmark results, and worrying about whether it’ll run their favourite game.” Its aluminum build and thin frame make the device look like a MacBook Air, and while it features a high-resolution 32000×8100 pixel screen, it’s significantly less expensive than most other laptops with a 3K-resolution screen. Williams reports that while Windows laptops “continue to struggle to match the stamina of MacBooks,” the ZenBook UX305CA gets “respectable” battery life when used for everyday tasks. Additionally, he thinks that this is a “seriously portable, expensive-feeling laptop that really isn’t that expensive.”

Mark Spoonauer reports for Laptop Mag that HP’s answer to the Retina MacBook is the Spectre, which came out on top in the publication’s comparison of the two machines. Both are stylish laptops, with similar sizes and weights, but the HP Spectre offers three USB Type-C ports to the MacBook’s one, a more comfortable keyboard than Apple’s, a faster CPU than the MacBook, and better value for the money. As Spoonauer explains, “While both the MacBook and the HP Spectre are decidedly premium laptops, the Spectre is a better bargain. The starting $1,169 configuration for the HP gets you a Core i5 CPU, 8GB of RAM and a 256GB SSD. In comparison, you need to spend $1,299 to get a weaker Core m3 processor on the Apple with the same RAM and storage. Stepping up to $1,299 for the HP gets you a faster Core i7 processor.”

Kyle Alspach reports for CRN that Samsung’s Notebook 9 “channels some of the best qualities of Apple’s MacBook Pro.” Both computers are offered in 13-inch and 15-inch configurations (though the MacBook Pro uses a higher-resolution Retina display on both models). The Samsung Notebook 9 is thinner and lighter than its Apple rival, but the 13-inch versions of both feature an Intel Core i5 processor while the 15-inch versions feature an Intel Core i7 processor. Both laptops make some big promises when it comes to battery life. But a big difference between the two is the price. As Alspach summarizes, “the 13-inch version of the Notebook 9 starts at $999.99, compared with $1,299 for the MacBook Pro 13-inch. As for the 15-inch versions of each laptop, the Notebook 9 starts at $1,199.99 and the MacBook Pro has a starting price of $1,999.”