7 Reasons to Buy a Projector to Replace Your TV

TV shopping is notoriously complicated. When you go to upgrade the setup you currently have in your living room, you need to familiarize yourself with all kinds of terms that you probably don’t use on a daily basis. You have to think about how big your TV needs to be, and where people will sit when they watch it. And you have to make decisions on things like the display type and the resolution of the televisions you’re considering.

It’s a complex process — one that you probably don’t think there’s much of an alternative for. After all, if you need a TV, you need a TV. But have you ever considered whether you might not need that television at all? We’re not suggesting that you drop your Netflix habit. Or that you somehow, suddenly stop watching movies. Instead, we’re simply asking you to reconsider the flatscreen and think about whether a projector would work just as well, or maybe even better, for your space.

We’re all so used to TVs that few of us give much of a thought to replacing a traditional television with a projector. (Few of us really know how to shop for a TV, so how much more complicated will it be to shop for a projector?) It turns out that modern projectors offer a lot to love. They’re definitely worth considering, even if you’ve never thought about purchasing one as a TV alternative before. Ahead, we have a few reasons why you should think about buying a projector instead of a TV.

1. You can get a bigger picture with a projector 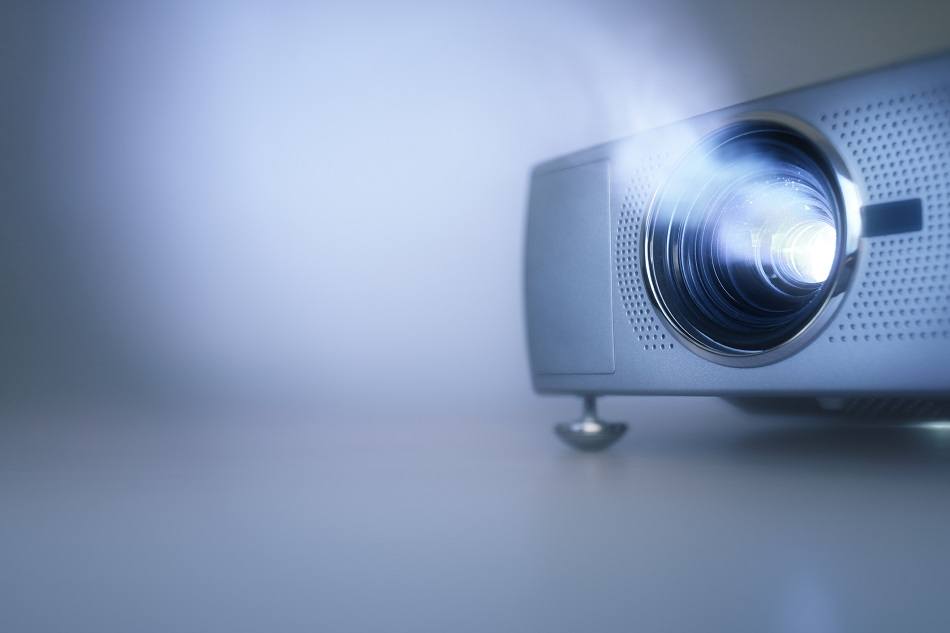 We all know that TVs are pretty expensive. And anyone who’s shopped for a TV recently knows they’re going to have to spend a significant amount of cash to get a television with a big screen. But, surprisingly enough, you can get a big picture with a projector setup — without spending tons of money on the latest, greatest technology. For instance, even cheap projectors can give you an image that’s 120 inches wide. And the widths that are possible just go up from there as your budget increases.

Are we saying that the 120-inch image from a sub-$100 projector will be the same as the picture from an extremely expensive television? Absolutely not. You still need to do your research and figure out what you’re really getting. But if one of your main priorities is getting a big image, and you don’t want to spend a huge amount of money to get it, a projector is absolutely worth researching. 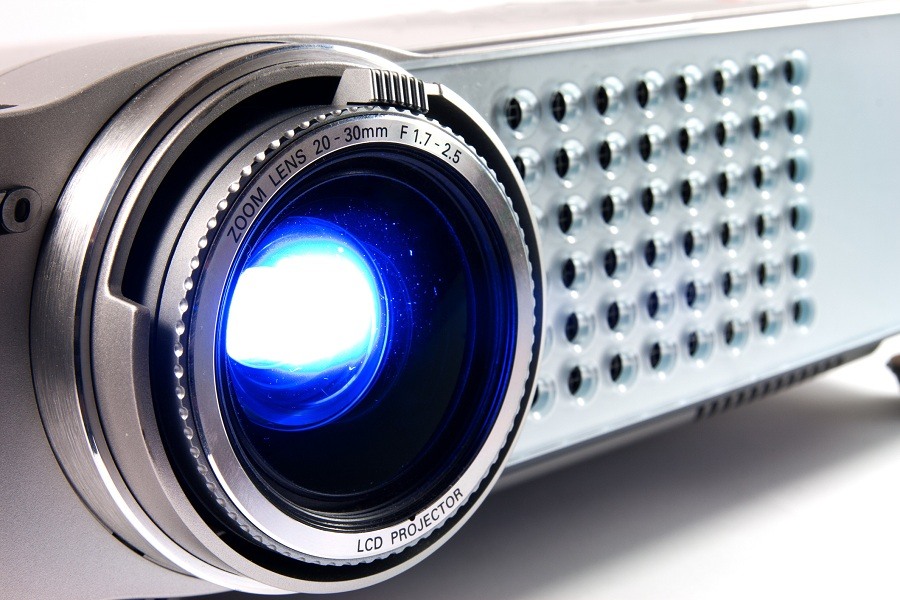 Setting up a projector is surprisingly easy | iStock.com/AigarsR

A common misconception is that a projector setup is complicated, since you have both the projector and the screen to deal with. And that’s without taking audio into account. But in reality, it’s not that difficult to figure out. You’ll need to figure out your audio setup, of course, but you probably already have that equipment on hand. (You can’t possibly be relying on the speakers that are built in to your TV, can you?) And if you buy the right equipment for your space, setting it up won’t be that complicated.

On the other hand, some people assume that projectors are pretty low-tech devices and they might not be able to get the same functionality with a project that they get with their smart TV. But if you do your research and assemble the right setup, you’ll be able to use all of your existing gadgets, including things like an Apple TV, a Chromecast, your DVD or Blu-Ray player, and even your game console.

3. You don’t need to dedicate floor or wall space to the setup 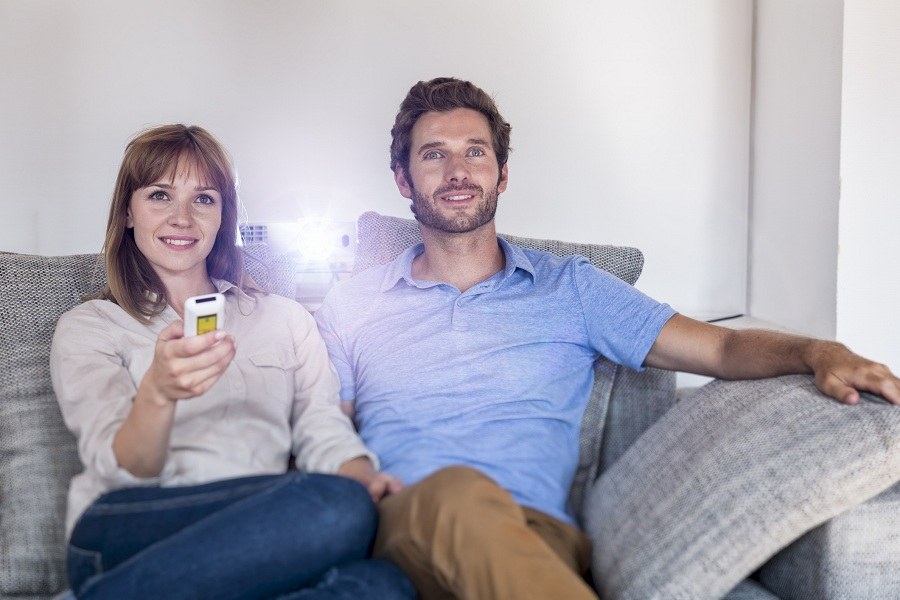 A projector doesn’t have to take up as much space as a TV | iStock.com/LDProd

A traditional television either needs to be placed on a (large) piece of furniture, or needs to be mounted to the wall. Few people end up mounting their TVs to the wall thanks to the hassle and the potential for damage. So odds are good that if you have a big TV, you dedicate a significant amount of floor space to it. And you probably arrange the rest of the furniture in your living room around it. That makes it the not-so-aesthetically pleasing focal point of the room, even when it’s off.

A projector, on the other hand, doesn’t need any dedicated floor space. And it doesn’t have to take up any wall space, either. You can place the projector itself on a shelf, or even on the ceiling. And if you buy a retractable screen, the setup won’t have to take up a significant amount of wall space, either. Just retract the screen and hang a piece of art. Then pull the screen down just when you need it. If you’re not too concerned with maximum image quality, you can forget the screen entirely — a plain white wall will work.

4. You can take your projector with you 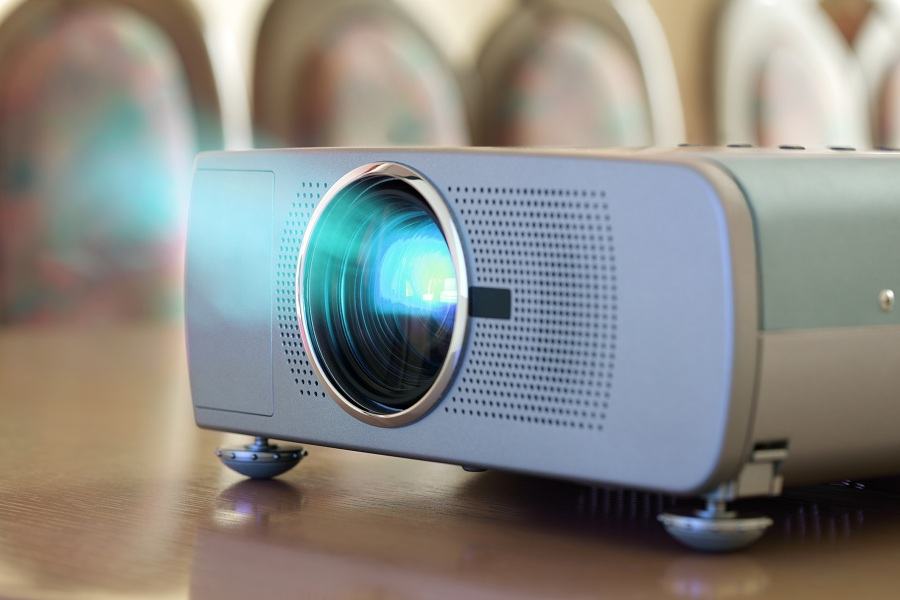 A projector is portable, too | iStock.com/BrianAJackson

When was the last time you packed up your TV and took it with you? Probably never, right? Even modern TVs, which are significantly lighter weight than their predecessors, are pretty unwieldy devices to move from room to room. So you’d probably never consider taking one with you on vacation or on a weekend trip. But a projector offers you a lot more flexibility.

It’s pretty easy to move your projector from room to room. For instance, you could move it from your living room to your bedroom or your den without much hassle. You could even take it with you when you go to stay with a friend, or take it outside to have a movie night with your friends and neighbors. You may not have considered doing those things if you have a traditional TV. And, to be fair, you might not want to. But for a lot of people, it’s nice to have options.

5. You don’t have to worry about your TV getting damaged 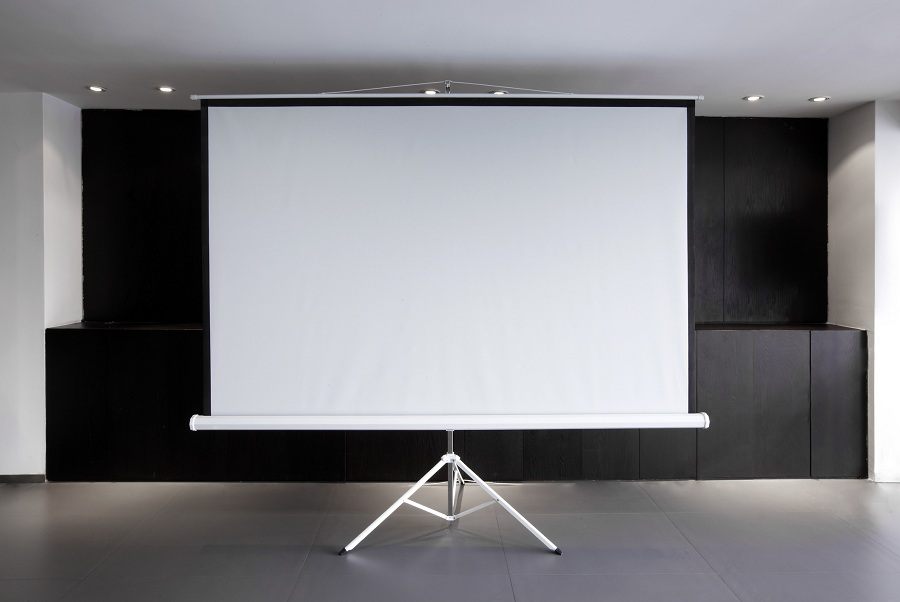 If you regularly have small children, drunken guests, or rambunctious pets in house (or any combination of the three), you’ve probably worried at least occasionally that something big and expensive, like your television, would end up broken. A TV, after all, is a pretty big target in the living room. Children throw things, cats like climbing (and knocking things over), and drunk people are pretty unpredictable.

But a projector is a much smaller target for residents and house guests who might accidentally damage your entertainment setup. The projector itself is small and durable and probably not that easy to knock off of a shelf. It’s less likely than a TV to be knocked over or run into accidentally, which can make rowdy gatherings a little less stressful for you to host.

6. You’ll be less tempted to watch TV during the day 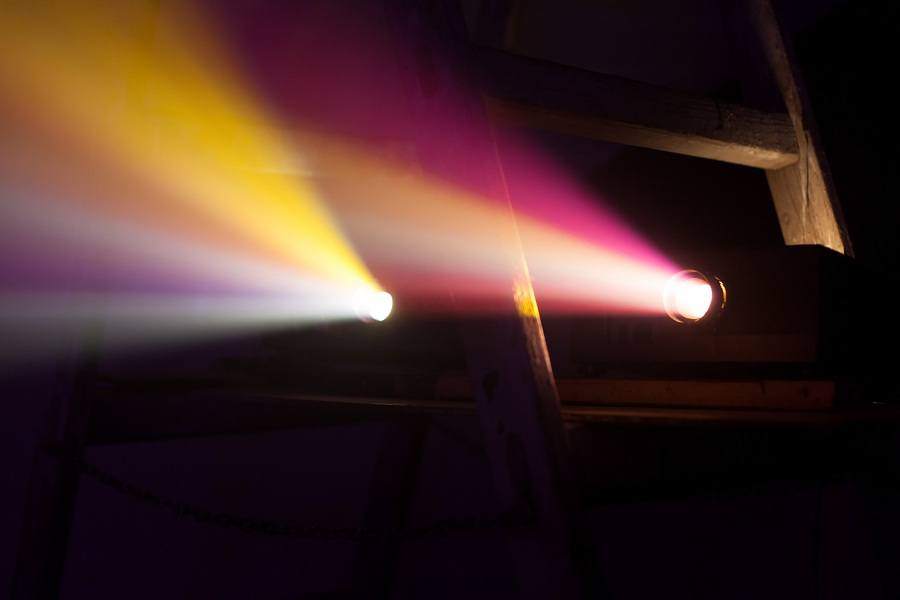 A projector will keep you from watching TV all the time | iStock.com/aerogondo

One of the notorious cons of going with a projector setup instead of a TV is the projector’s need for the room where you’re watching to be as dark as possible. Of course, it doesn’t have to be pitch black (something you’re unlikely to ever achieve if you live in a city). But for the most part, darker is better. And that means that it can be a little bit of a pain to watch something with a projector in the middle of a bright day if you don’t have solid window blinds.

That’s not to say you just can’t use your projector when it’s light outside. (The specific limitations will depend on your setup.) But the picture will definitely look better when there’s less light in the room than when there’s more. So if you wouldn’t mind limiting your daytime TV consumption, replacing your TV with a projector could have some positive effects on your productivity.

7. You can actually take advantage of 4K resolution 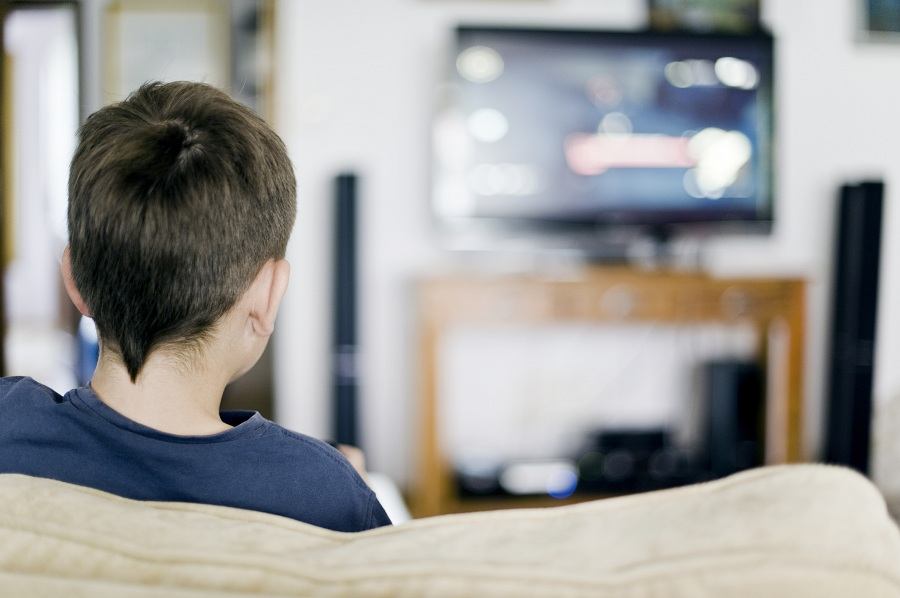 Projectors that support 4k resolution are worth the price | iStock.com/wikoski

It’s no secret that we think most 4K televisions aren’t worth the money yet. But thanks to a projector’s potential to show you a much bigger image than the average consumer could afford with a traditional TV, 4K may be worth considering when it comes to a projector. The much larger image you’ll get with a projector will actually benefit from the higher resolution.

Of course, 4K projectors aren’t that common. And the ones that you do find are likely to be pretty expensive. But if you do want to make the investment into a system that supports 4K, a projector setup is a much better place for it than a traditional TV, which probably won’t be big enough for you to even notice the difference between high definition and ultra high definition.