If you’ve been paying attention to the trends in messaging apps, you may be wondering whether you should ditch your phone’s default texting app in favor of a new messaging app, whether to protect your privacy and security or just to get access to fun new features. At Facebook’s 2016 F8 developers’ conference, Facebook chief executive Mark Zuckerberg said that activity on Facebook Messenger and WhatsApp combined reached three times the global volume of SMS messages, at 60 billion Messenger and WhatsApp messages a day compared to 20 billion SMS messages. But why are so many people opting to use messaging apps instead of the default texting apps on their smartphones? Read on to find out about eight great reasons to choose a new messaging app.

Using a new messaging app instead of the default texting app can help you control your security | Source: iStock

If you’re worried about your security — and there are plenty of reasons you should be, even if you don’t have anything to hide — it’s a good idea to choose a more secure way to message your friends and family. There are plenty of apps that offer an encrypted way to communicate, and many will enable you to create an anonymous profile that isn’t associated with your phone number or email address. You’ll need to do your research to figure out exactly what you’re getting with each app you’re considering on your platform of choice, but a few to check out include Signal, Telegram, Gliph, and Wickr.

2. Finding your contacts can be easier

A messaging app can make it easier to talk to new friends than a standard texting app | Source: iStock

Exchanging cell phone numbers with friends is such a basic part of staying in contact that most people don’t think twice about it anymore. But when you use a wildly popular messaging app like Facebook Messenger, you can start conversations with new and old friends without having to remember to ask for anyone’s number. In the case of Messenger, you don’t even have to have a Facebook account to use the app, and more and more people are going to be using Messenger not only to stay in touch with their friends, but also to take advantage of the many new features that Facebook is adding to the platform.

There are plenty of situations in which a default app can (and probably should) be replaced by something better designed. Think about it this way: the companies that make operating systems are creating dozens of apps for their phones, while the developers who create truly killer apps are usually only working on one or a small number of apps at a time. By choosing an app that didn’t come preloaded on your phone, you can choose an app with a better interface, more advanced features, or a stronger emphasis on the functionality that you want. Many messaging apps include useful features like location sharing, read notifications, and fun options like stickers, filters, and GIFs.

4. Syncing your messages between devices can be easier

A dedicated messaging app often makes it easier to get your messages wherever you are than the default texting app would | Source: iStock

Though you can see iMessages on your iPhone, iPad, and Mac, not every default messaging app enables you to see notifications and reply to messages on all the devices you use each day. Choosing a dedicated messaging app enables you to pick one that you’ll be able to check whether you’re working at your computer, catching up on the day’s news on your tablet, or checking the apps on your smartphone. That can be especially useful if all of your devices aren’t from the same manufacturer, or the default apps don’t automatically sync across platforms.

5. Apps can help you communicate with friends and family abroad 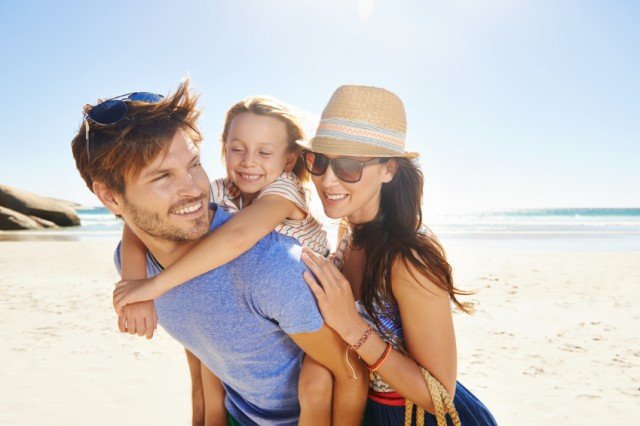 Staying in touch with family that lives abroad, or keeping connected when you travel internationally, is easier with a messaging app | Source: iStock

Depending on your carrier, texting friends and family who live abroad can get expensive. A messaging app can be a useful way to get around those unwanted fees, whether you’re staying in contact with friends who live in different countries or simply staying in touch with your family as you travel internationally. WhatsApp, in particular, is popular for international messaging, since you can use it via Wi-Fi and your friends on any mobile OS can download the app. In short, if you anticipate being somewhere where you won’t have reliable cell service, but will still be able to access Wi-Fi, a messaging app is a better choice than your phone’s default SMS functionality.

6. Avoiding the annoyances of cross-OS messaging is a big plus

If your friend group is divided neatly between iPhone and Android users, you may want to do everyone a favor and advocate for moving the conversation to a messaging app that everybody can use. Especially when it comes to group messages, conversations that are started by a user on one operating system and then include users on another operating system can spur lots of obnoxious notifications or threads that appear as individual conversations instead of a comprehensive group.

7. Ephemeral messages can give you peace of mind

If you want to worry less about where your messages end up, an app that enables ephemeral messaging can be a good choice | Source: iStock

If it’s important to you to cover your tracks, then you’d probably prefer that your messages self-destruct rather than stick around forever on your phone or your friends’ phones. If so, you can use an app like Snapchat to send photos and messages that won’t be saved forever. Bear in mind that people have come up with ways to screenshot or copy photos sent via Snapchat, so nothing is foolproof and you still shouldn’t send things that you know you’ll regret later. But if you want a little more peace of mind, a messaging app that automatically deletes photos can be a good choice.

8. Messaging apps can do more than send messages

If this year’s seismic shift toward chatbots is any indication, your favorite messaging app is going to be capable of many more tasks than simply helping you coordinate plans with your friends or send a photo to your significant other. From booking a flight to ordering lunch, shopping for an outfit or checking in with customer service, you’ll be able to interact with chatbots to do all kinds of things you’d ordinarily need to download an assortment of apps to accomplish.