When it comes to fashion, celebrities — particularly pop stars — are known for making a bold statement. From their on-stage costumes to their red carpet looks, these artists sure know how to make an entrance. That said, there’s a difference between making a bold statement and being just plain bold. Case in point? Rihanna.

The Barbadian singer, songwriter, and actress has been known to show some skin from time to time. And by some skin, we mean (almost) baring it all for the world to see. From red carpets to galas to award show performances, we take a look at some of the star’s most controversial outfits, up ahead.

1. This shimmery dress that leaves little to the imagination 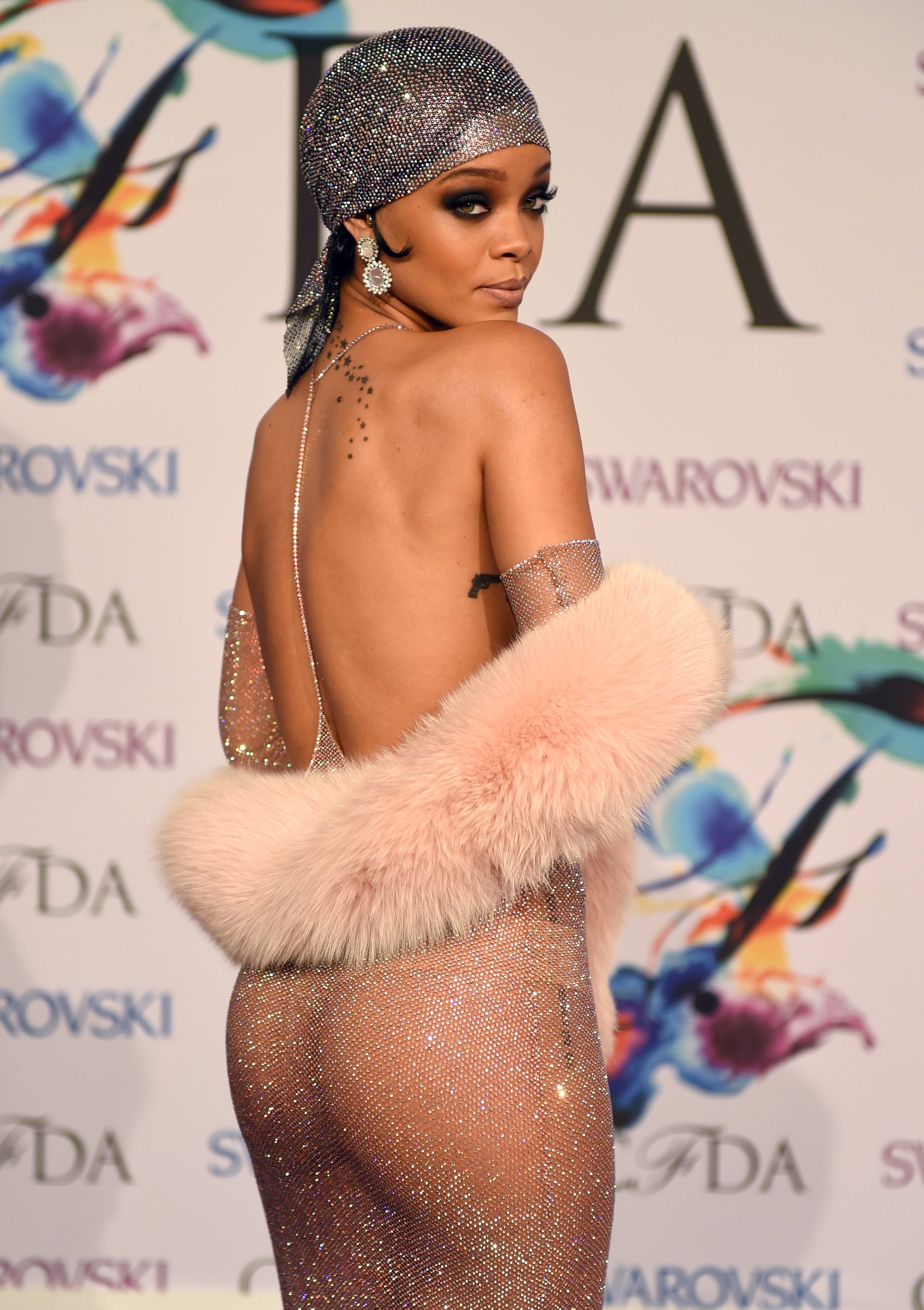 When walking the red carpet at the 2014 Council of Designer of America (CFDA) Awards in 2014, Rihanna stunned the crowd in a scandalous see-through number. While her goods were covered up with no-show undergarments, her backside bared all.

2. This gown with built-in pasties 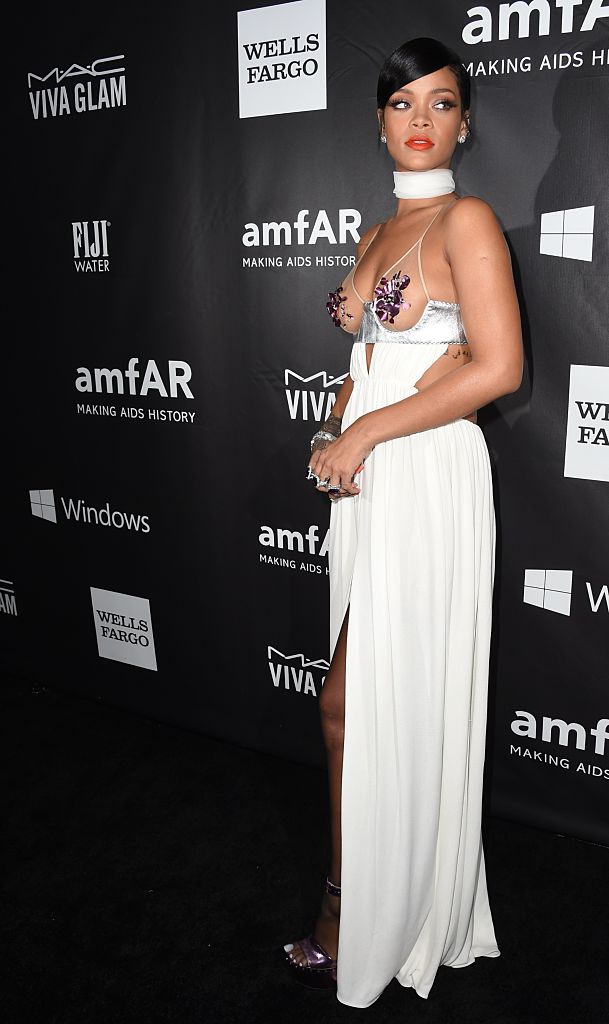 It was a good thing for the conveniently placed pasties. | Robyn Beck/AFP/Getty Images

If that first outfit wasn’t outrageous enough for you, take a look at what she wore to amFAR’s fifth annual Inspiration Gala in Los Angeles. The stunning white gown had major sex appeal with a mesh top and built-in sparkling pasties. 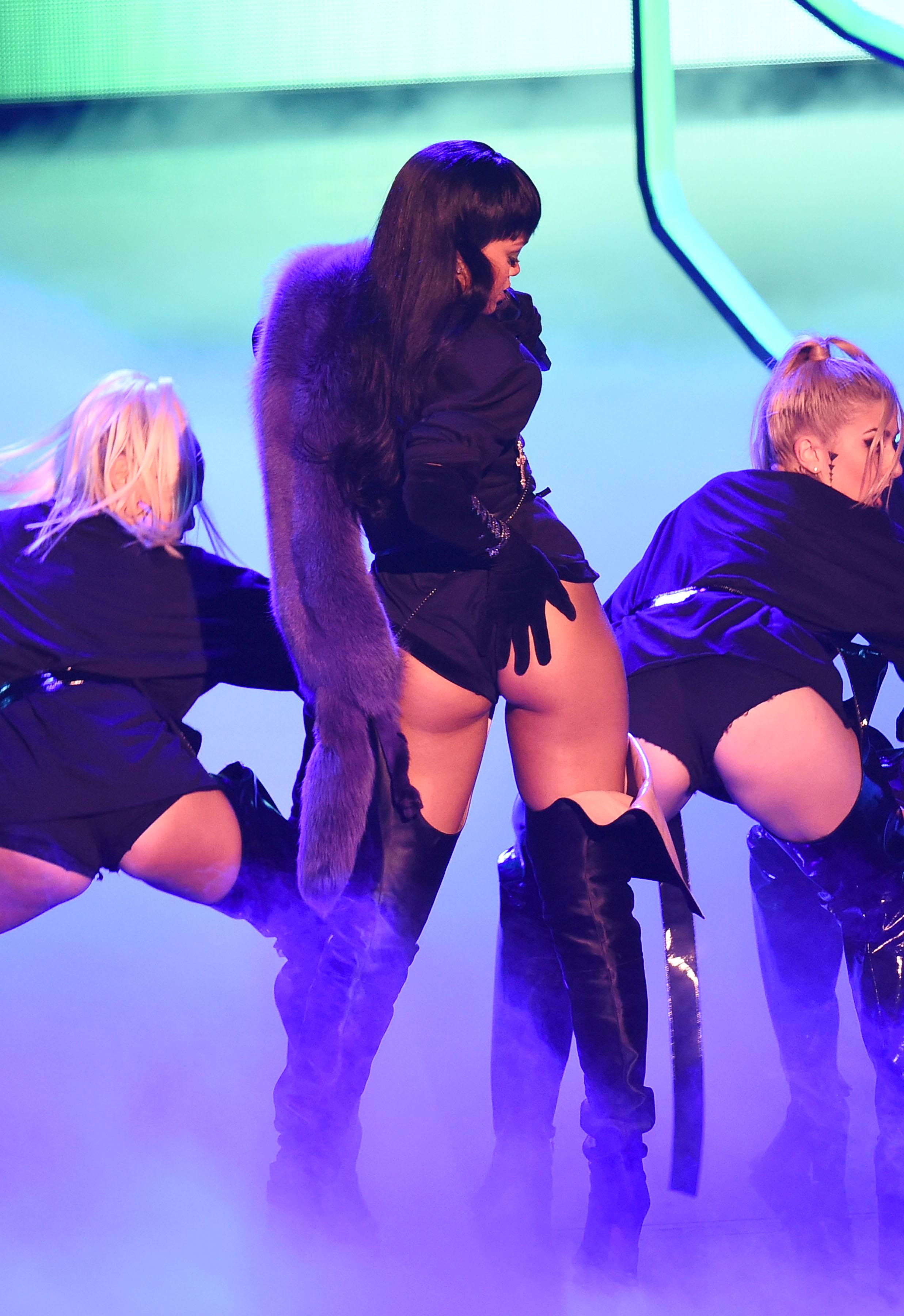 She has no fear of showing some skin. | Michael Loccisano/Getty Images

Rihanna may wear some revealing gowns on the red carpet, but it’s her on-stage costumes that cause heads to turn. Case in point? This revealing leotard she wore during her 2016 MTV Video Music Awards performance in New York City. 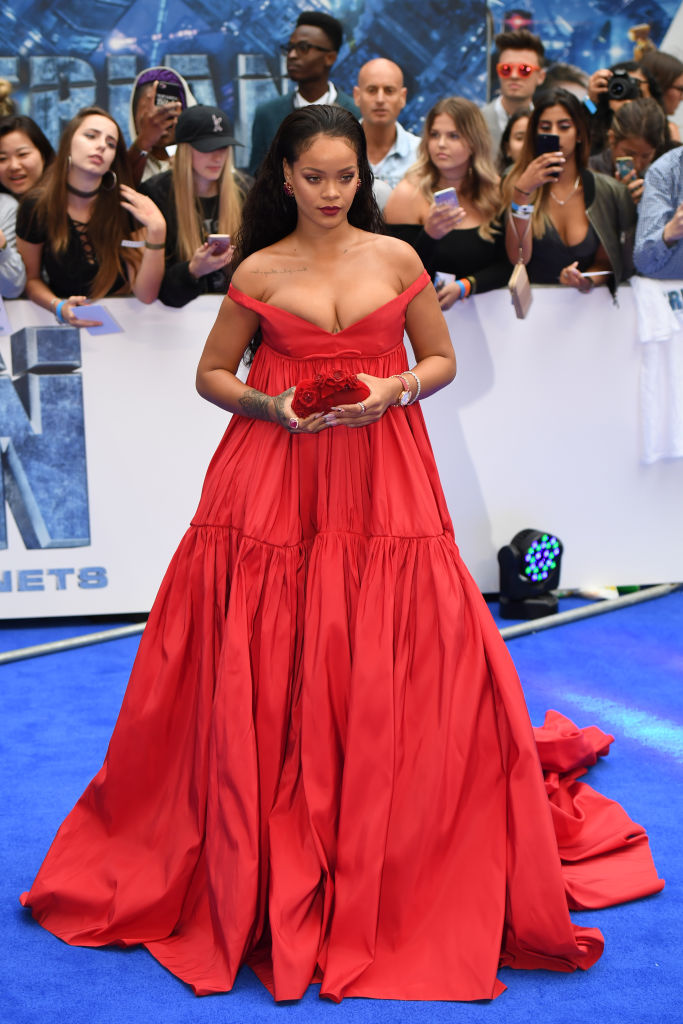 She put her chest on display. | Chris J Ratcliffe/AFP/Getty Images

From the waist down, the red ball gown RiRi wore to the European premiere of Valerian and The City of a Thousand Planets was rather conservative. But, waist up? That’s a whole different story. The singer looked as if she could pull a Janet Jackson at any moment.

5. This white mini dress was a fashion faux pas waiting to happen 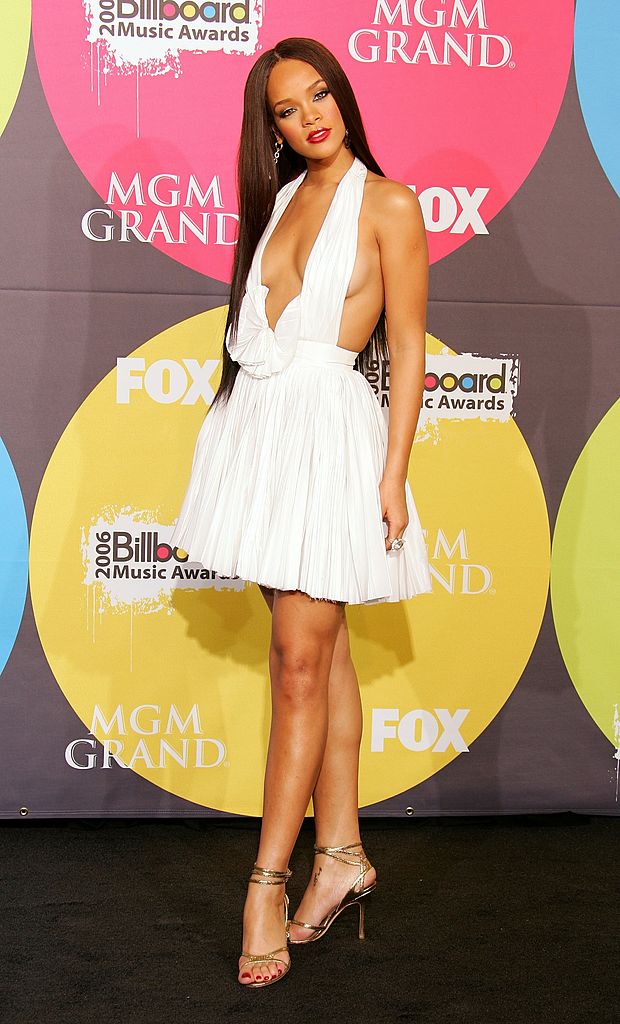 Speaking of pulling a Janet Jackson — the dress Rihanna wore to the 2006 Billboard Music Awards in Las Vegas was nothing short of revealing. One quick turn and it would have been a red carpet peep show. Here’s hoping her stylist taped her in good. 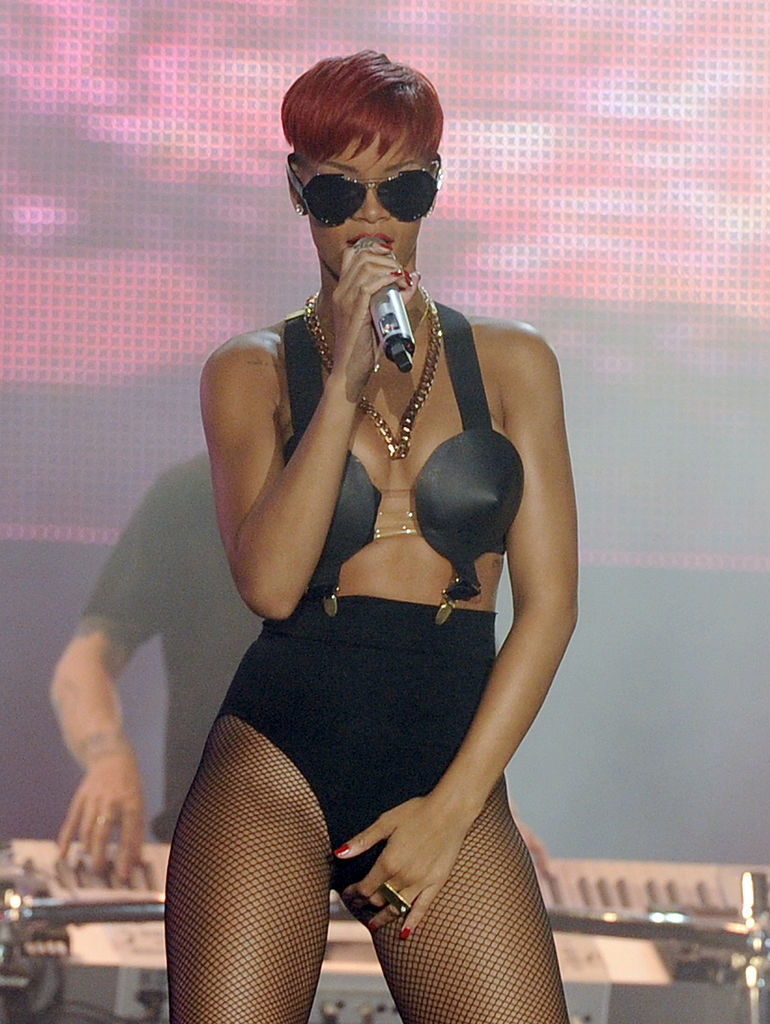 While she covered up her goods, the Madonna-inspired number Rihanna wore during her performance at the 2010 Rock in Rio music festival was as scandalous as ever. We just hope those suspender straps stayed in place. 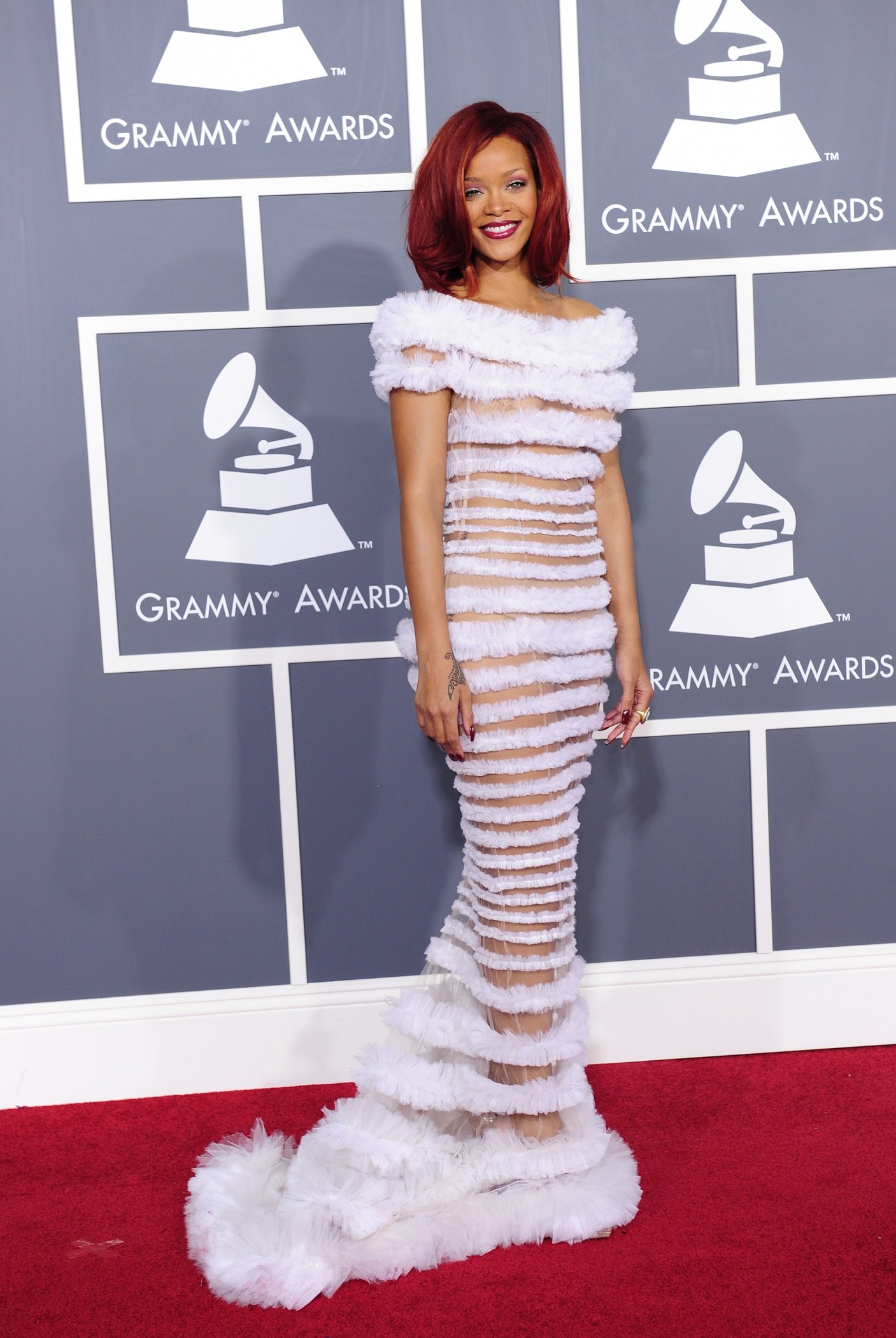 Compared to her other red carpet looks, this see-through striped gown is a bit on the conservative side. But, given the fact that she wore it at the 53rd annual Grammy Awards, we consider it pretty scandalous. The ruffled gown featured see-through horizontal stripes, leaving little to the imagination.