5 Samsung Rumors: From a Galaxy Note 7 to the Gear Fit 2

Each week, an array of exciting new Samsung rumors surfaces. Even if you aren’t normally interested in industry speculation or idle chatter about the differences between minor components, it’s hard not to be curious about what one of the biggest technology companies in the world is planning for its next phones, wearable devices, and apps. Read on for this week’s most interesting reports about Samsung’s plans and future products.

Sign outside of a Samsung store | Andrew Burton/Getty Images

While the report sounds a bit dubious, it cites the comment of a “high-ranking representative of a telecommunication industry,” who indicated that “When Galaxy Note 6 that has its model number lower than Galaxy S7, which is the newest model, is released, it can give out a feeling that it is an outdated phone. It is known that Samsung Electronics has made the numbers same to unify a premium image.” However, that justification didn’t stop BGR’s Chris Smith from commenting that “Samsung’s numbering system is dumb.” Smith notes that while it would make sense to use the same number for both flagship devices, “that doesn’t mean the reasoning isn’t silly as well.”

He explains, “In an age where most smartphone buyers are always connected, it’s highly likely they’re smart enough to tell the difference between the Galaxy S and Galaxy Note families, and to know that the Galaxy Note 6 should be the latest flagship phablet from the company.” Smith thinks a more likely reason behind a jump in numbers is that Samsung is looking forward to the Galaxy S8 and and Note 8, which would then arrive in the same year as the iPhone 7s series.

2. A Galaxy Note 7 Edge variant may be on its way, too

Abner Li reports for 9to5Google that a parts listing has hinted that Samsung is working on an Edge variant of the Samsung Galaxy Note 7. A listing on a customs imports site shows that a “metal mask” part for the SM-N935G has been imported to India, most likely for use in production. The Galaxy Note 5 has the SM-N920 model number, the Galaxy S7 has SM-G930, and the S7 Edge has SM-G935. At the least, the part indicates that Samsung is working on another Galaxy Note variant — possibly a Lite variant, though Samsung generally equips the Note line with high specifications. And adding an Edge variant with the Galaxy Note 7 would bring parity with the Galaxy S7 line.

An additional detail of the Korean report on the potential choice to launch a Galaxy Note 7 instead of a Galaxy Note 6 indicates that the next Note could feature a dual-edge display, which would help unify the Note lineup with the rest of Samsung’s high-end line. Maggio noted that 9to5Google had heard that Samsung is testing both a flat and a curved model. But if the current report is correct, Maggio writes, Samsung may have decided to proceed with the edge variant and not with the standard, flat model.

Regardless of screen type, the next Note is so far expected to feature a massive 4,000mAh battery, USB-C connectivity, water resistance, and perhaps an iris scanner. It’s rumored that the device could launch the week of August 15, so it’s possible that it could even run Android N out of the box. Samsung may use the Snapdragon 823 for the U.S. market at the Exynos 8890 for the rest of the world, and is also expected to integrate 6GB of RAM, 32GB of internal storage, a microSD card slot, and the same 12MP camera used in the Galaxy S7.

3. Samsung may be seriously considering a foldable phone

Edoardo Maggio reports for 9to5Google that a new Samsung patent application illustrates a concept that could become a foldable Galaxy smartphone. Past patents have indicated that Samsung is interested in such a device, and Maggio notes that the prototype shown in the most recent patent looks just like a regular smartphone when it’s open, but has a horizontal “cut” in the middle. That would enable it to be folded and carried at a more compact size.

The mechanism would rely on some kind of hinge, which means that it wouldn’t be that different in concept from a laptop. Some sort of connector would be exposed when the device is folded and serve as its charging port. As with any patent, it’s impossible to tell whether the company is planning on implementing the technology in a consumer product sometime soon, or whether it’s a far-fetched prototype that won’t be produced anytime soon.

Nonetheless, Chris Smith reports for BGR that Samsung’s foldable phone could be a more exciting release than next year’s Galaxy S8. While we’re far from certain what 2017 will bring in terms of Samsung flagship, rumor has it so far that Samsung is working on five flagships for 2017 releases. One of those is rumored to be the Galaxy X, which would feature a foldable screen with 4K resolution. 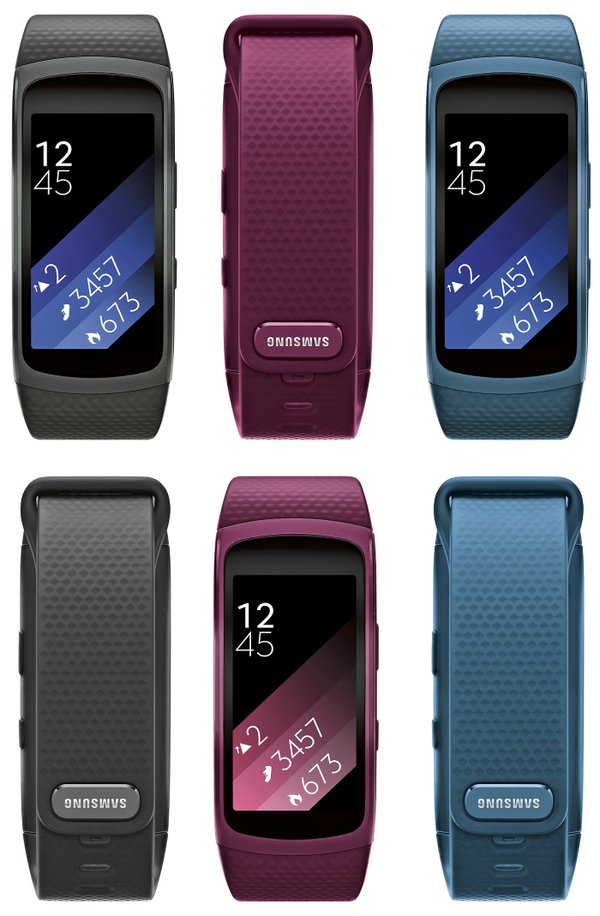 Abner Li reports for 9to5Google that Samsung has announced a June 2 press event, at which it might introduce the Gear Fit 2 and IconX wireless earbuds. The invitation doesn’t offer any clues, though the two fitness-focused Gear wearables seem to be a more likely candidate for a June unveiling than the next Note model.

The Gear Fit 2 is expected to succeed the model released in 2014, and is rumored to integrate a heart rate monitor, built-in GPS, a 1.55-inch curved Super AMOLED display, a dual-core 1GHz processor, 2GB of storage, and a 200mAh battery. Additionally, it’s expected to run Tizen, like the Gear S2, and cost around $200.

Li reports that the IconX — the other device to expect at the June event — would represent Samsung’s first foray into the wireless earbuds market. The earbuds are expected to pack smart tracking capabilities, and to double as a media player with touch controls. The earbuds would be charged and stored in a portable case.

5. Samsung may launch Samsung Pay Mini for iOS and Android 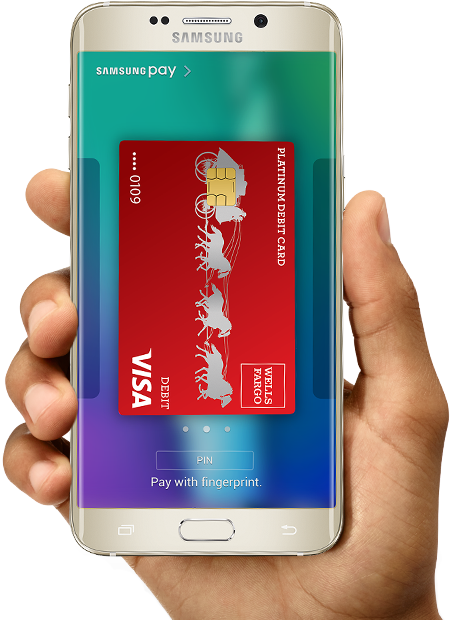 Mitchel Broussard reports for MacRumors that according to a Korean report, Samsung is planning to launch its mobile payments service Samsung Pay as an app for both Android phones and iPhones. While there are few details yet about the launch, it does seem that the app will be limited to South Korea at first. Another major limitation is that the service will be used exclusively to process online payments.

The app would enable Android or iOS users to enter their card information in order to make purchases in online stores. Broussard notes that the reason for Samsung to introduce support for its mobile wallet on iOS is to make up for Samsung Pay’s poor performance on its own line of Galaxy smartphones. Expanding to iOS would help Samsung Pay move beyond its limited scope. MacRumors sources indicate that Samsung wants the app to work on all Android devices as well as Apple’s iPhone.