Should Men Shave Their Armpits? 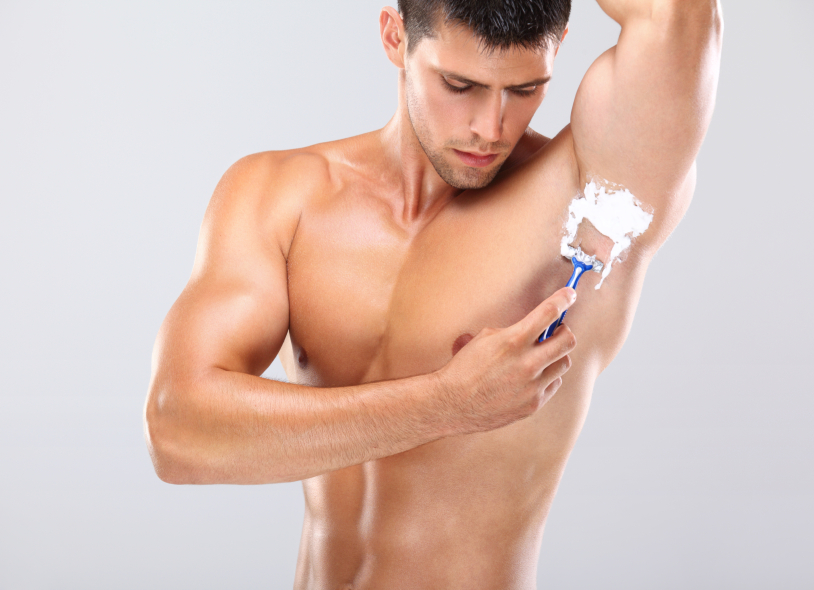 The desire to shave one’s underarms is no longer just a woman’s cross to bear, even though women’s underarm hair has made a recent comeback. Now it’s men who are considering removal — otherwise known as armpit manscaping. Men’s Health asked its male readers if it’s manly to shave your pits, and interestingly, the majority of respondents said yes, men should absolutely shave their pits, or at least when the occasion calls for it.

Shaving or trimming one’s armpit hair is in line with the rising trend of male grooming and manscaping. Craig Whitely, Hollywood’s leading expert on all things male grooming related, speculates that the results of the survey would have been radically different had these questions been asked five or 10 years ago. Now, manscaping isn’t contained to just pubic hair, as it was in recent years.

“If you’re already doing some form of manscaping and you’ve got your shaver out, why not keep going?” he says. Despite recent trends, maybe you don’t find it manly to trim or shave your pit hair, and that’s a personal choice, but consider this: If you have giants tufts of hair peeking out and it looks like a jungle, you might want to reconsider, especially because there is no scientific reason why men even have armpit hair.

Daniel Lieberman, Ph.D., professor of human evolutionary biology at Harvard University, says that it’s possible at one time that armpit hair was used to attract a mate. Your underarms have a lot of apocrine glands that produce sweat, which is made up of steroids, lipids, proteins, and other chemicals that can communicate “information.” So, that means your ancestors probably needed that armpit hair to trap their sweaty scent to attract a mate. Fortunately, that is no longer the case. 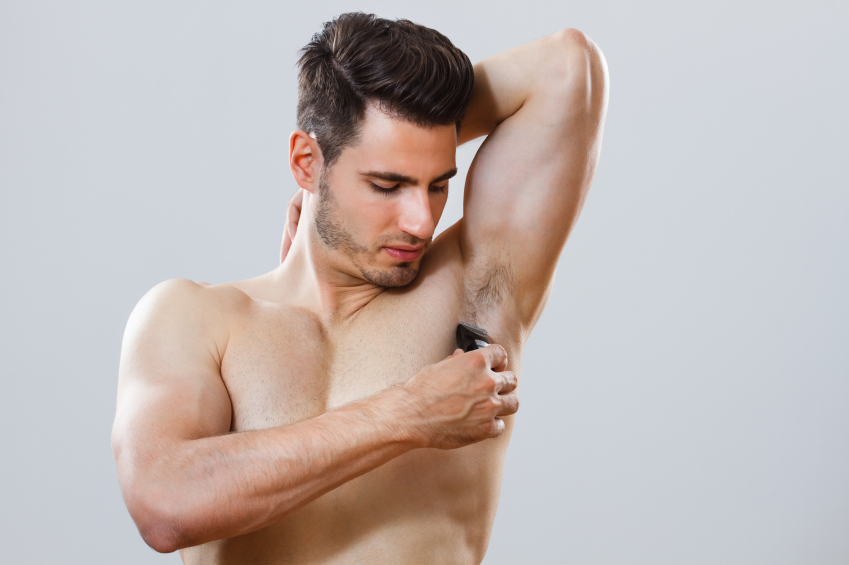 Has all this armpit hair talk piqued your interest to try grooming it? Here are three steps to easily grooming your pit hair.

Although you can cut your pit hair dry, Whitley recommends that you use a waterproof body hair trimmer and do it in the shower. Hot water softens the hair and reduces the risks of nicks or pulled hair, he says.

If you have straighter armpit hair, Whitely recommends cutting the hair down to an inch or a little less, but keeping at least three-quarters of an inch to prevent scratchy, prickly hair. If you have curlier underarm hair, Whitely says go as low as one-eighth of an inch.

Remember, it’s not totally necessary to shave it all completely — it may be more of a hassle than it’s worth, especially because your skin is likely to get irritated and you could get razor bumps or ingrown hairs.

You did it! You trimmed your armpit hair, you grooming god. Use an unscented shave balm right after trimming and make sure it’s not alcohol-based, since underarm skin is sensitive. Then wait two to three minutes before applying deodorant.