Sprint’s New ‘Unlimited’ Plan: Why You Shouldn’t Fall For It 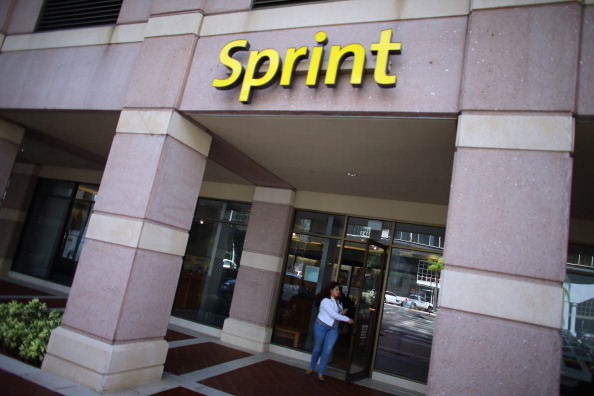 Sprint just announced a new “unlimited data” plan, called the “Starter Unlimited Data” plan, but when you look at the details, it’s immediately apparent that this is a marketing stunt you just shouldn’t fall for. The plan includes only 1GB of high-speed data. After that, you can use as  much data as you want, but after the first gigabyte, Sprint throttles you to just 2G speeds for the rest of the month. That data option costs $20 per month, and unlimited talk and text costs an additional $20 per month. For a total of $50 per month, you can opt for 2GB of high-speed data, and slow speeds after that.

Ars Technica’s Jon Brodkin notes that the plan is similar to those offered by T-Mobile, which sells so-called “unlimited data” plans that throttle customers after they go through their allotted amounts of high-speed data. Sprint is undercutting T-Mobile’s price by $10 per month. But Sprint’s throttled speed is, as Brodkin points out, apparently lower than T-Mobile’s. While Sprint’s announcement didn’t define “2G speeds,” it has previously defined them as up to 64kbps in the context of international roaming. T-Mobile, on the other hand, defines 2G as up to 128kbps.

Both carriers give customers the option of buying additional high-speed data after they use their allotted amount, and in both cases, there are no automatic overage charges. Sprint also sells an unlimited high-speed data plan — the kind that you probably think of when you hear “unlimited data” — for $70 per month, and T-Mobile offers one for $80 per month. Under neither of those plans are your data speeds automatically throttled once you pass a specific limit, but both Sprint and T-Mobile reserve the right to throttle unlimited high-speed data customers whose usage surpasses 23GB per month. Even so, the throttling only occurs when users connect to a congested cell tower.

Nick Statt reports for The Verge that 2G is the mobile data speed that launched in Finland 24 years ago, and is in the process of being phased out worldwide so that telecom companies can repurpose those portions of spectrum for technology that people actually use. Statt characterizes Sprint’s current predicament — as it calls a clearly limited plan unlimited — as a marketing problem. Sprint is trying to compare its plan to those offered by AT&T, T-Mobile, and Verizon, none of which use the word “unlimited.”

Instead, Statt points out, those carriers “dress up low-cost data offerings with phrases like mobile value share and simple choice.” But he argues that even with such “marketing speak,” offerings from AT&T, T-Mobile, and Verizon are more transparent than Sprint’s latest plan. None of Sprint’s customers in the United States could even subsist on 2G speeds, which usually range from 100 to 300kbps and take around 8 minutes to send a 5MB file.

Advertising unlimited access to such a speed tier is both nonsensical and deceptive, and it ignores the key benefit of the plan, which is access to a low data plan that offers 1GB of data without fear of overage charges. If you only use 1GB or 2GB of data each month, then it might not be a bad option, since you won’t have to worry about overage fees if you accidentally go over your data allotment (though you will have to deal with exceptionally slow data speeds).

But for customers who need more than one or two gigabytes of data, there’s a very narrow price window before it makes sense to pay more for a truly unlimited data plan. Statt reports that the worst part of Sprint’s latest plan and the marketing surrounding it “is that Sprint thinks it can get away describing a 1GB LTE data plan the way telecom companies hawked truly unlimited plans back in 2008. This is anything but.”

Plans like Sprint’s latest offering shouldn’t be labeled unlimited — and doing so is a shameless manipulation of the term. It certainly doesn’t inspire confidence that Sprint, with a network that by most accounts lags behind competitors’ coverage, is so desperate for new subscribers that it’s willing to resort to cheap deception to attract customers.