From the great mind of Gene Roddenberry, Star Trek has spawned numerous reboots and built a devoted cult, often referred to as Trekkies. Whether you love the original and every succeeding television and movie reboot, or you’ve just gotten into the franchise, you’ll need some gear to show off your fandom. If you’re a hard-core Trekkie, then you need these seven shirts in your life. Live long and prosper, friends. 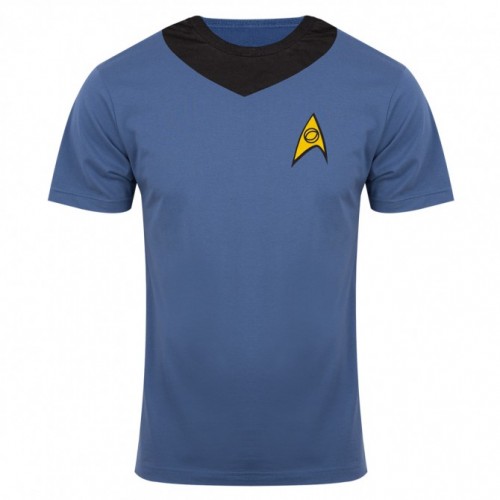 If Spock is your favorite Star Trek character, then you need this starship casual Spock uniform T-shirt. This tee has all the features of the official Sciences uniform: the black V-neck and the Starfleet Sciences insignia, with the addition of a vintage Spock Enterprise design on the back of the shirt.

2. Are You Out of Your Vulcan Mind? 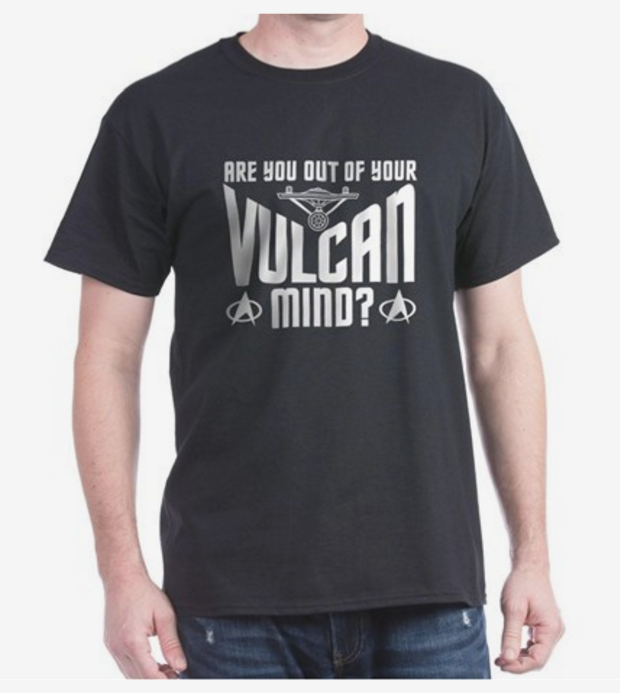 Word play is great, but Star Trek word play is even better. For those Trekkie’s that feel they’re really a Vulcan at heart, and can also take a joke, this shirt‘s for you. 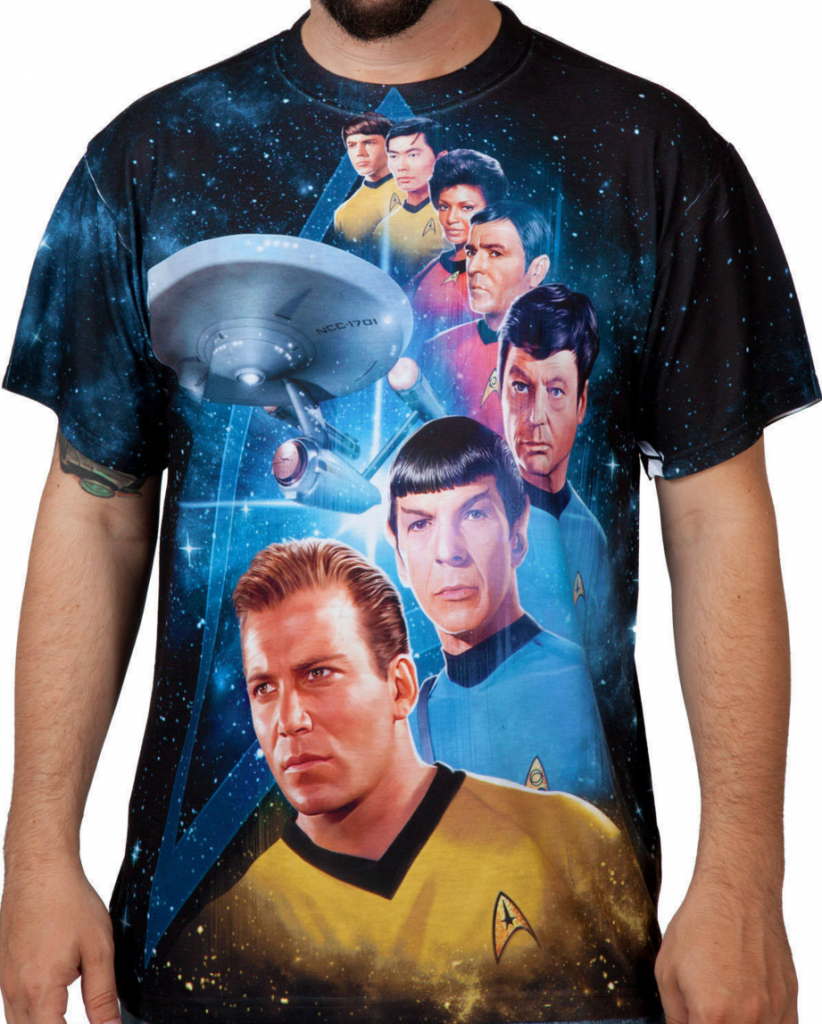 This specially sublimated shirt shows the original cast of Star Trek alongside the USS Enterprise. The Starfleet crew members that are shown on this fun-looking shirt are James T. Kirk, Mr. Spock, Leonard McCoy, Montgomery Scott, Nyota Uhura, Hikaru Sulu, and Pavel Chekov. On the back of the shirt is the logo of the popular TV series. This shirt is great to wear to any Star Trek conventions you attend. 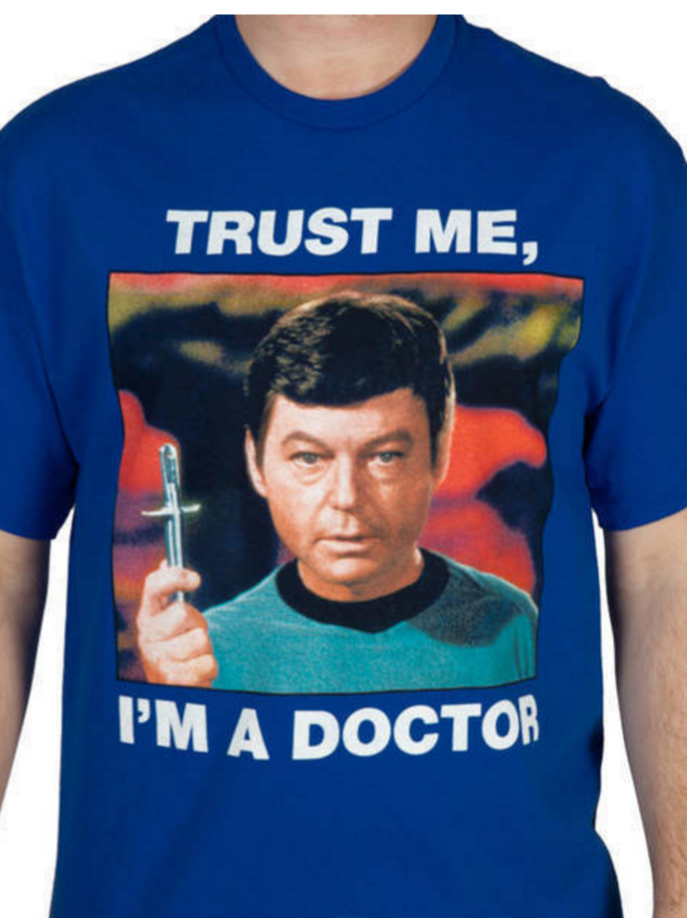 Only real Trekkies will get this one. Leonard McCoy, who is pictured on the shirt, is indeed a space doctor, and it also happens to be one of his catch phrases. This shirt is a must for the McCoy fans out there. 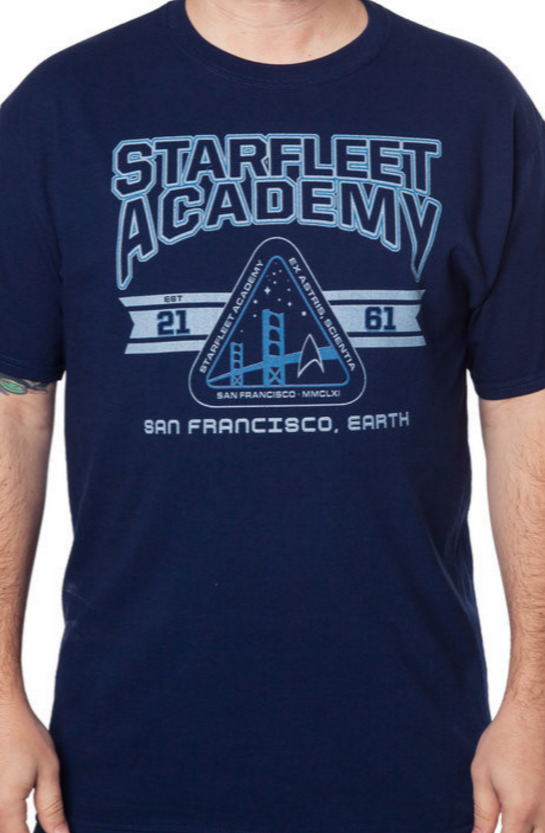 In the Star Trek Universe, it’s the Starfleet Academy where recruits to the officer corps are trained. This shirt will make you feel like a Starfleet alum wearing your class shirt. 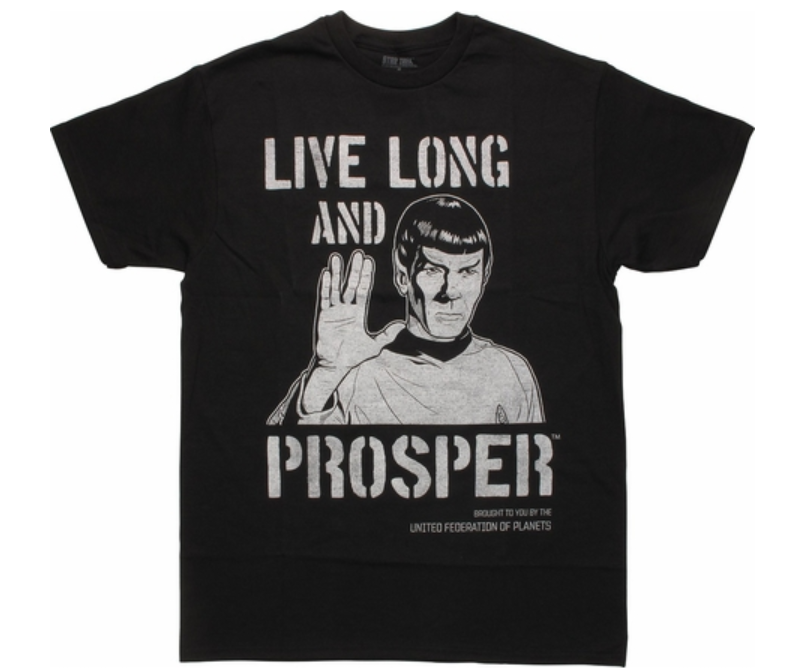 A Trekkie T-shirt list would be incomplete without the “live long and prosper” message from Spock. This vintage style Spock tee with his popular catchphrase features the split-fingered Vulcan greeting, brought to you by the United Federation of Planets. 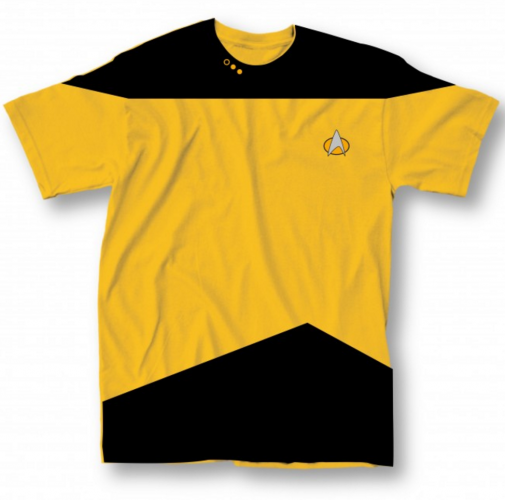 This stand out yellow shirt, the TNG Operations T-shirt, is the perfect way to show off that you represent the services and military functions of the Starfleet Command. The tee features pips below the collar, signifying your high rank, as well as a communicator badge on the chest.