10 Stars Who Dazzled in Metallics at the 2017 Academy Awards

Unless you’re living underneath a rock, you’re well aware the 89th annual Academy Awards aired over the weekend. A lot happened, too: Candy descended from the sky, some stars got political, and, of course, there was that whole Best Picture mishap. With every headline-grabbing encounter that occurred, it’s almost easy to forget all about the red carpet.

But, of course, we wouldn’t do that to you.

Like any awards season, there was a series of good, bad, and ugly looks, but this year’s red carpet overall was lackluster. The biggest trend of the night, however, was undeniably metallic. Below, 10 stars who wowed (or disappointed) in the gilded hues. 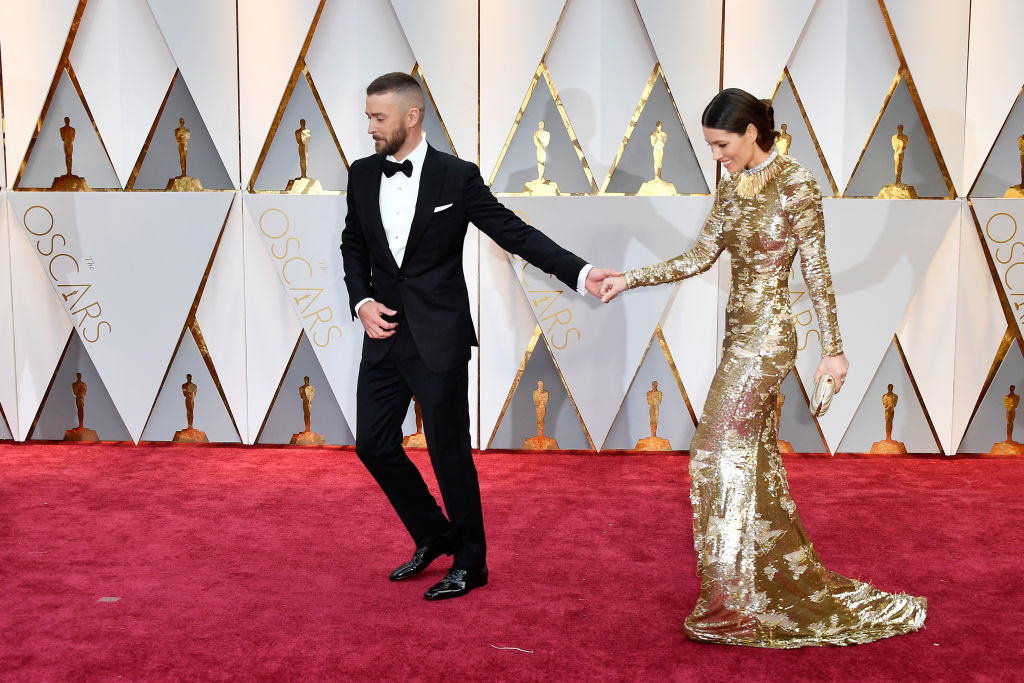 Wearing a skin-grazing Kuafmanfranco number, the actress looked like she was literally dipped in gold. Admittedly, we like most of the look. The dress fits her impeccably, the sleek bun was a smart addition to such a statement dress, and her makeup was gorgeous. What we’d change? The necklace. When you’re wearing such a loud dress, we recommend keeping the accessories to a minimum. The Tiffany & Co. rings were a nice touch, but such a dramatic necklace almost took away from the rest of the ensemble. 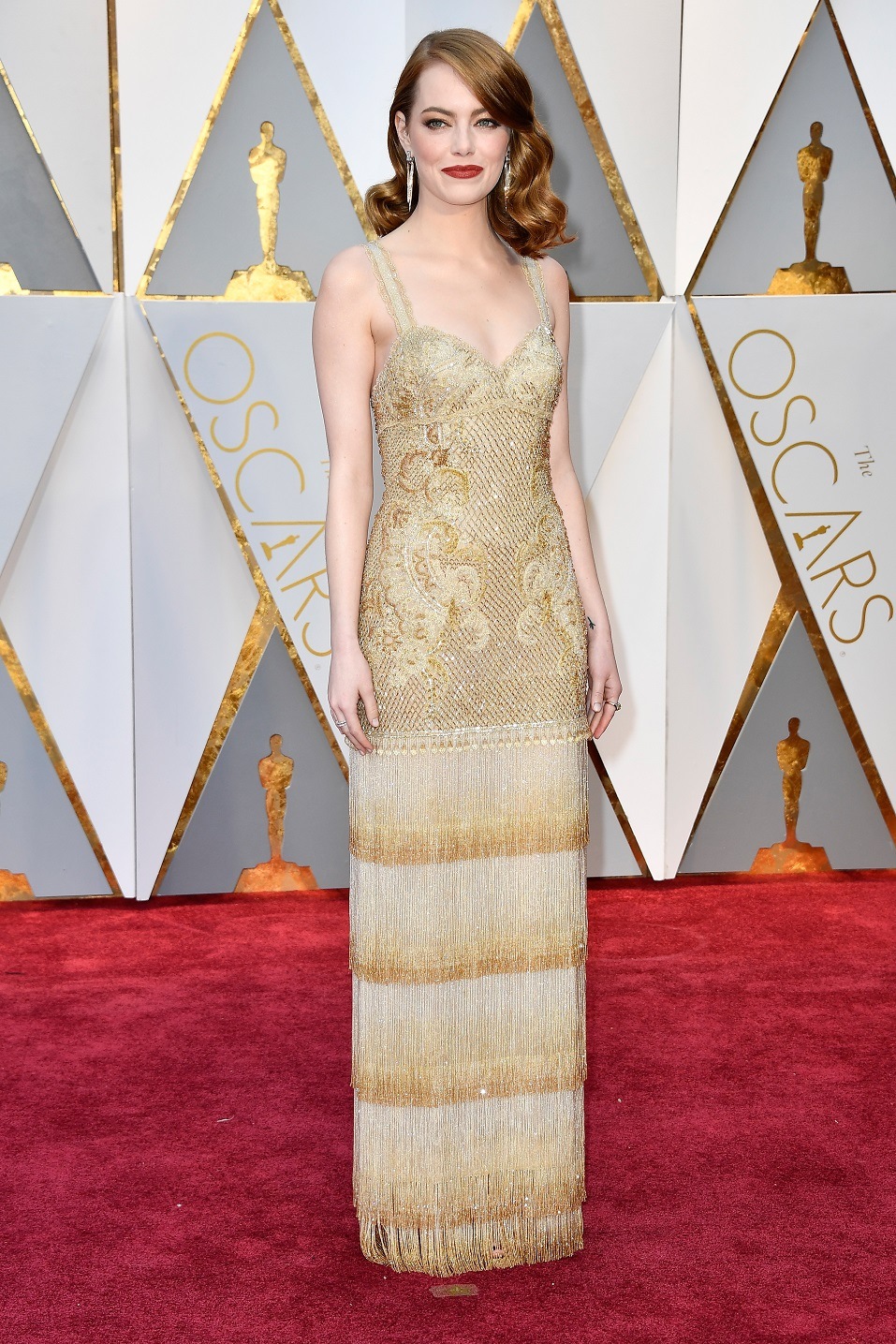 Over the course of her career, Emma Stone has worn virtually everything on the red carpet: A defiant dress and pants, masculine blazer getup, and that career-defining peach Calvin Klein Collection number. Though we were expecting more from the award-winning actress, Stone did top our best dressed list.

From head to toe, Stone’s look paid homage to actresses and musical movies of years past. In addition to the perfectly coiffed Old Hollywood waves, the intricate beading and layered fringe skirt was reminiscent of a flapper. As the perfect finishing touches, Stone ditched the accessories and opted for a stylish crimson lip. 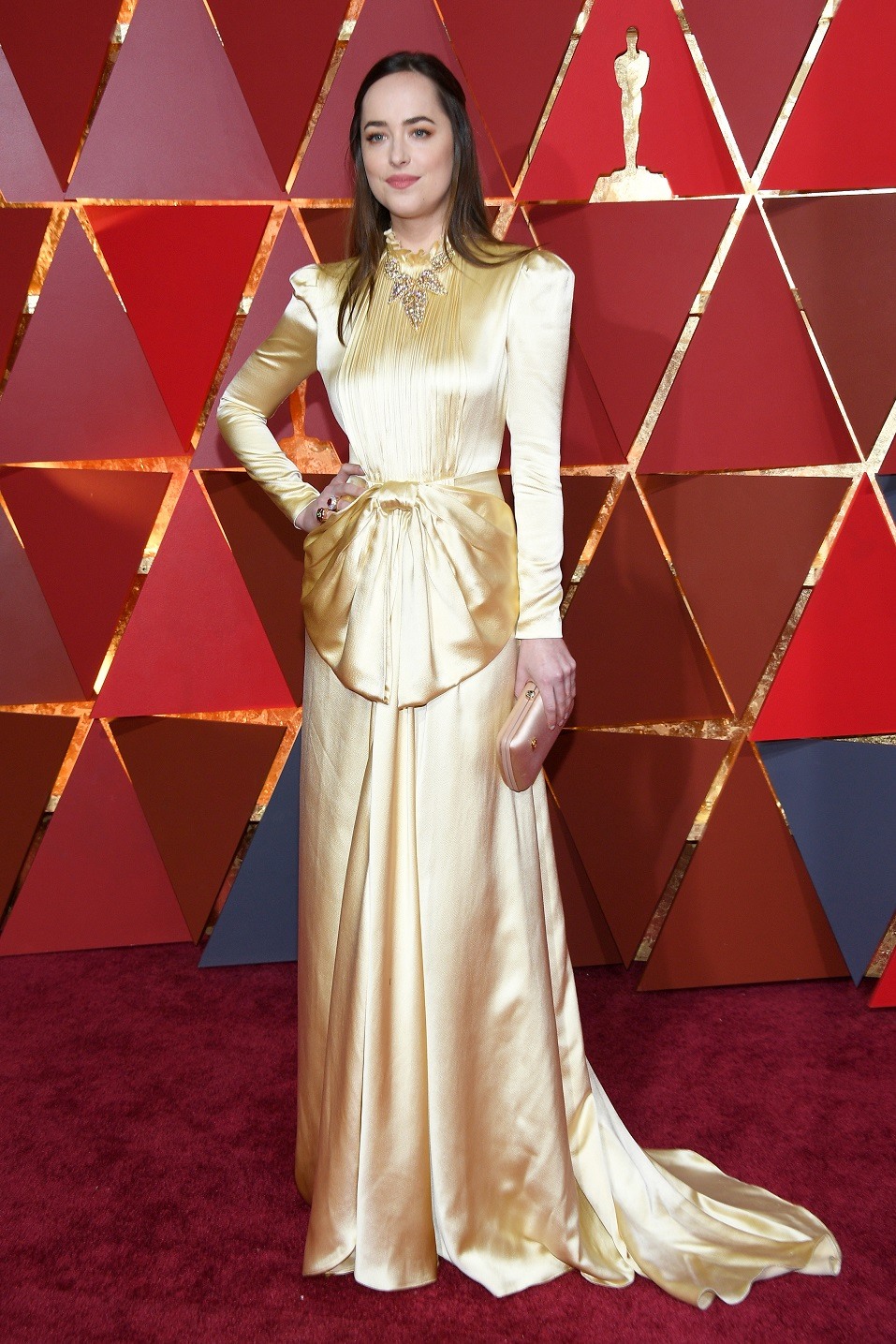 Though Gucci artistic director Alessandro Michele is one of the most coveted fashion designers of the moment, that doesn’t mean his outfits always translate well on the red carpet. Case in point? Dakota Johnson’s gold number. Though the actress is known for, erm, baring it all in 50 Shades of Grey and 50 Shades Darker, we’d like to argue that she was too covered up at last night’s fete.

She’s only 27 years-young, and everything about this look was wrong: The oversized bow, untidy plissé detailing, chunky necklace, and unkempt hair are just a few examples. Next time, we’d love to see Johnson wear something youthful, but tasteful. 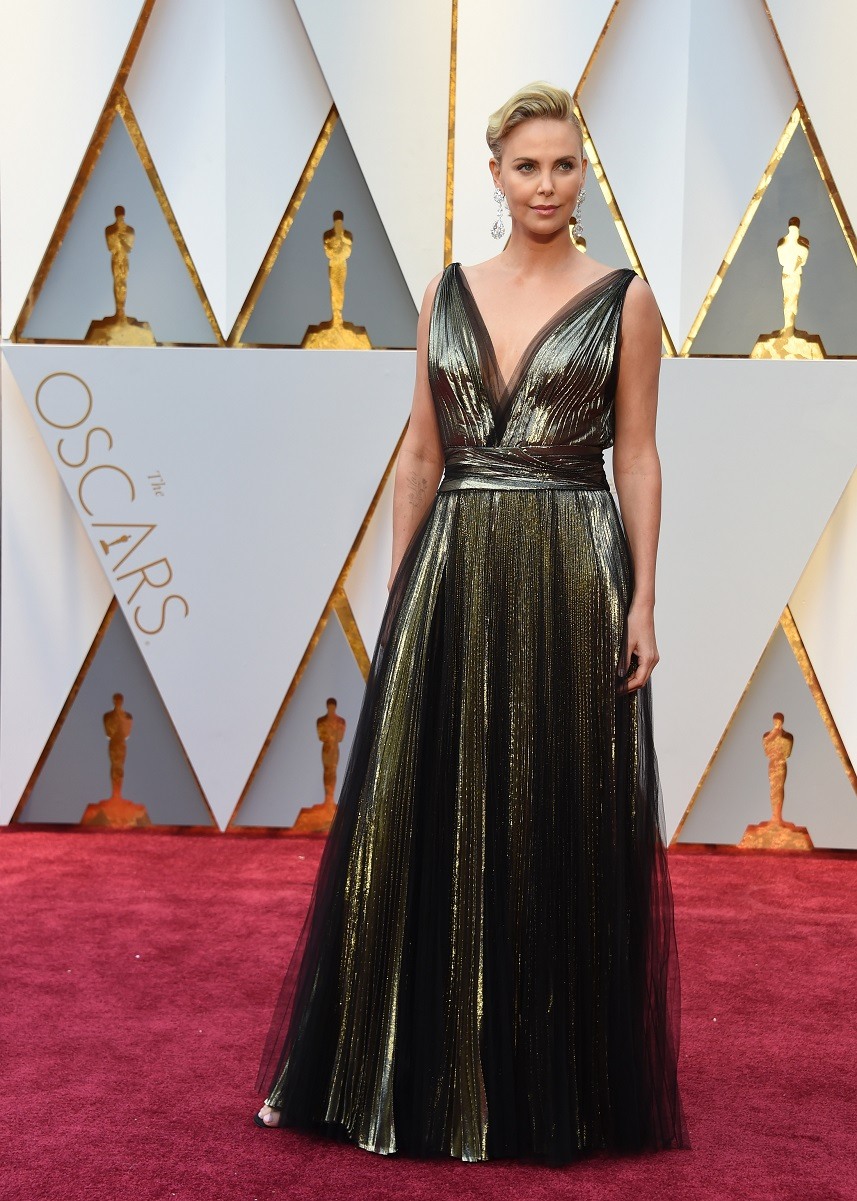 Like most of the actresses at last night’s ceremony, Charlize Theron would look good in just about anything, including a burlap sack. But this Dior ensemble missed the mark in our book. On the red carpet, Theron is known for her impeccable and tailored dresses, and a more voluminous silhouette would be more appropriate for a current nominee, not to mention the pleated gold and black tulle combination looked like dirty dish water. And what was up with that ponytail? We’re in favor of a fetching updo, but it felt sloppy. 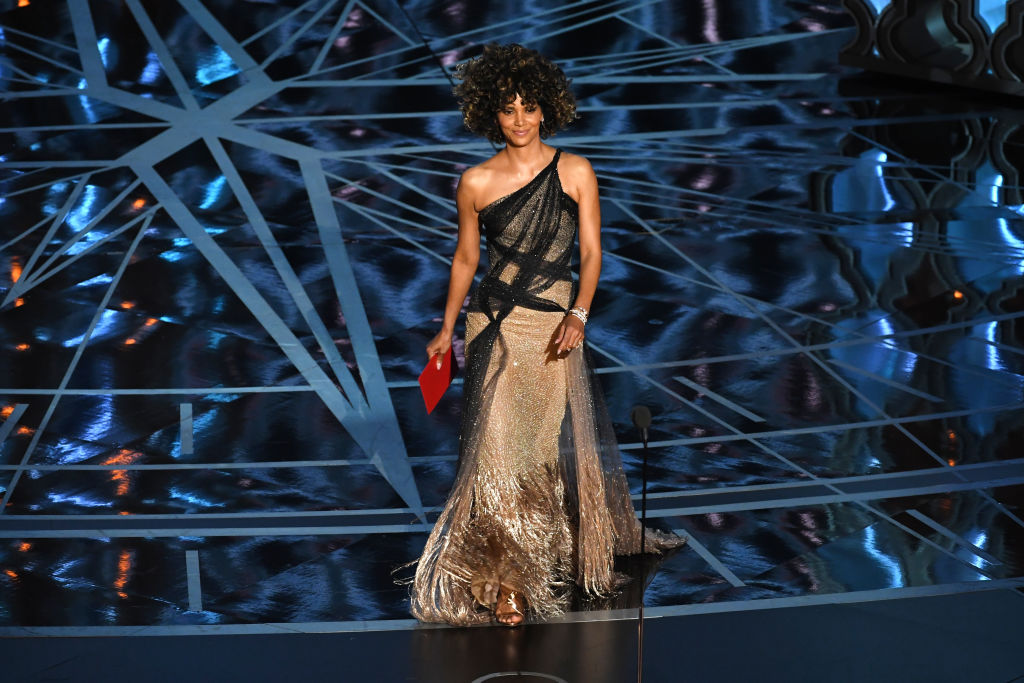 A note to Halle Berry: Studio 54 called, they want their look back. Listen, we love seeing celebrities push the envelope and play with different hair and makeup strategies; however, we wished Berry paired her curly ‘do with something more simple. We would’ve loved to see that fun hair styled with a super sleek pantsuit. 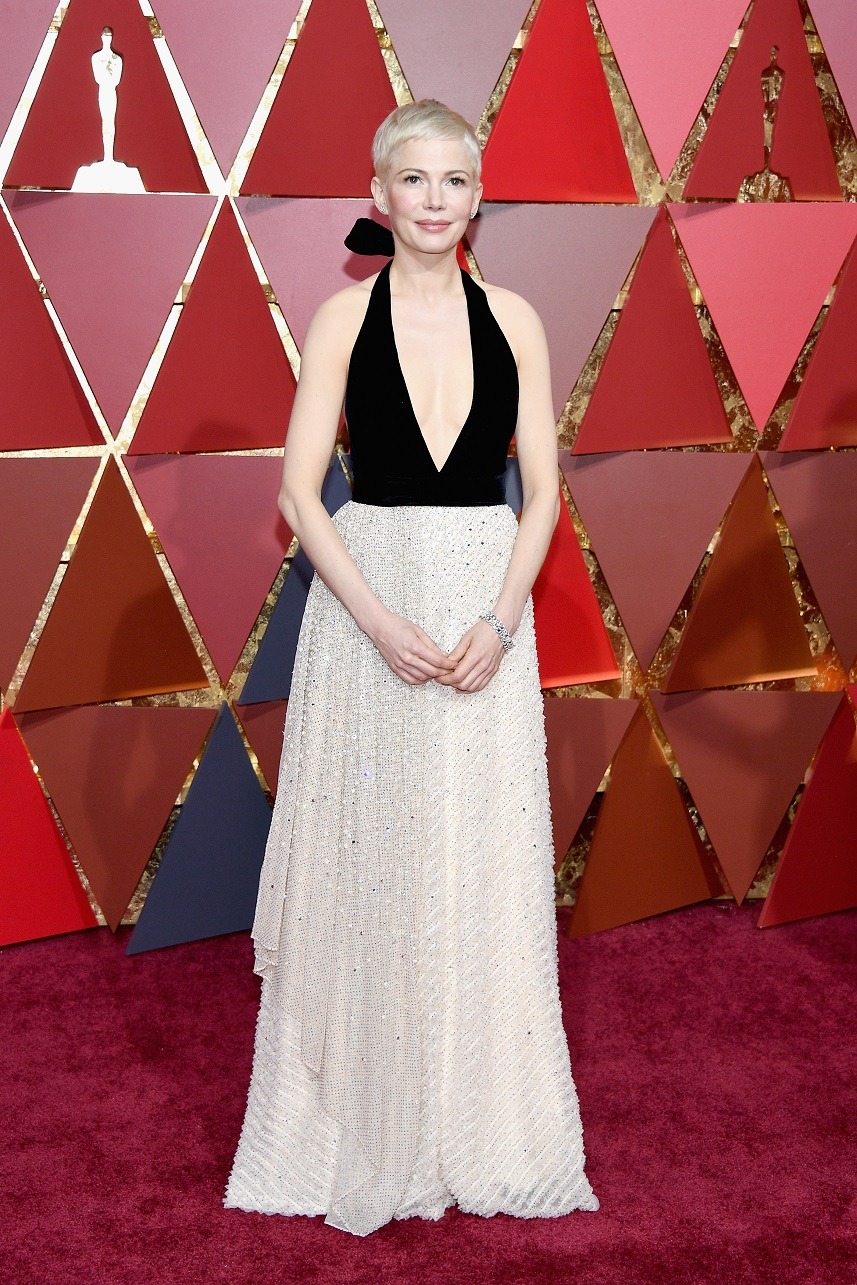 The Manchester by the Sea actress has sported some of the most memorable gowns in Oscar history — like that gorgeous saffron Vera Wang dress back in 2006 — so we were expecting big things from the nominated actress this year. Despite sporting the night’s most popular color, her Louis Vuitton dress slipped under the radar.

If you’re going to wear a simple dress, it’s important to spice up the look with some accessories — it’s the Oscars, after all! With the exception of a single cuff bracelet, which felt random to begin with, Williams was accessories-free. Consequently, the whole getup was lackluster. It also doesn’t help that Emma Roberts wore a similar, yet more stylish, dress last night. 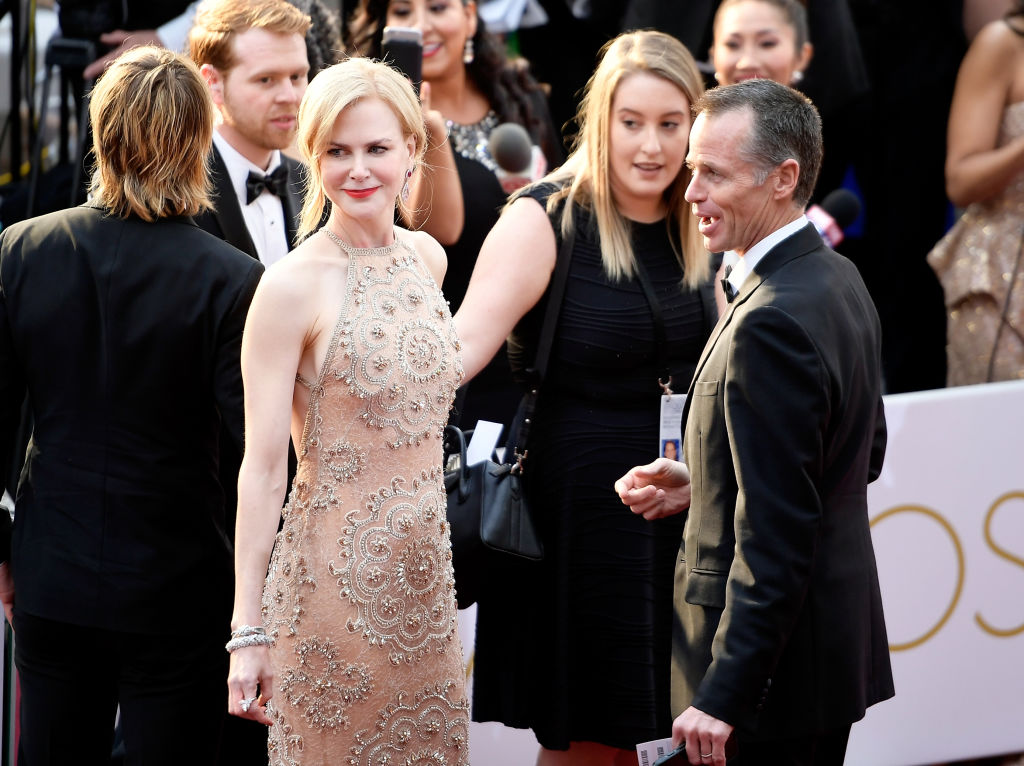 When it comes to the red carpet, Nicole Kidman is a mixed bag. While we haven’t been thrilled with any of her sartorial choices for the most recent ceremonies, we have to say her slim Armani Privé gown was divine. The hypnotic embellishments were the perfect foil to the otherwise standard halter dress. Most actresses shy away from adding even more jewels to an already sparkly dress, but we think Kidman’s scarce earrings and bracelets added just the right amount of shine. And Kidman’s ruby red lip gave this ensemble a necessary pop of color. 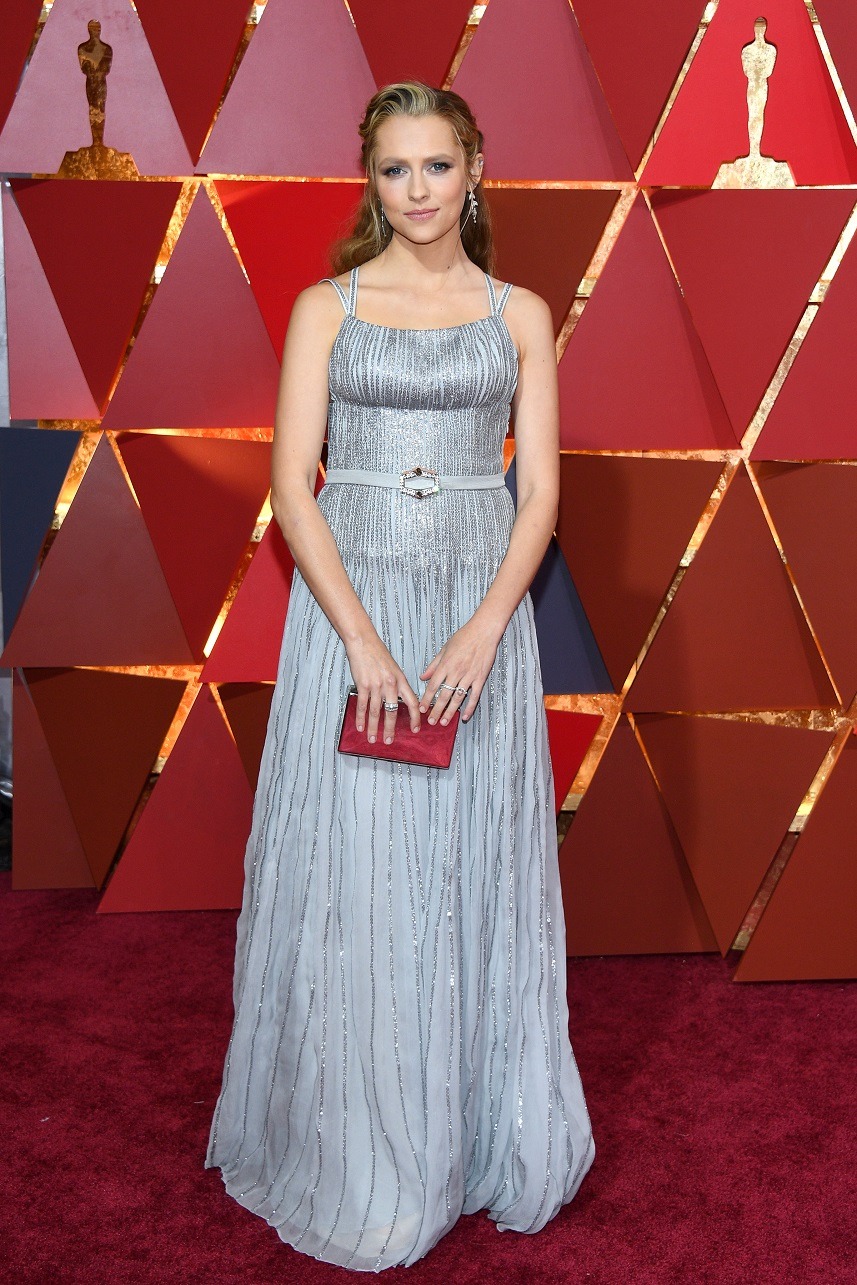 While gold reigned superior last night, there were still a couple brave silver flaunters, good or bad, that are worth talking about. Exhibit A: Hacksaw Ridge actress Teresa Palmer in a silky Prada frock. Truth be told, this wasn’t our favorite look of the night. The pleated skirt was crinkled and the arbitrarily placed belt chopped up her torso, for example. But when we heard she was wearing this tight of a dress only two months after giving birth, we couldn’t help but give her a standing ovation. 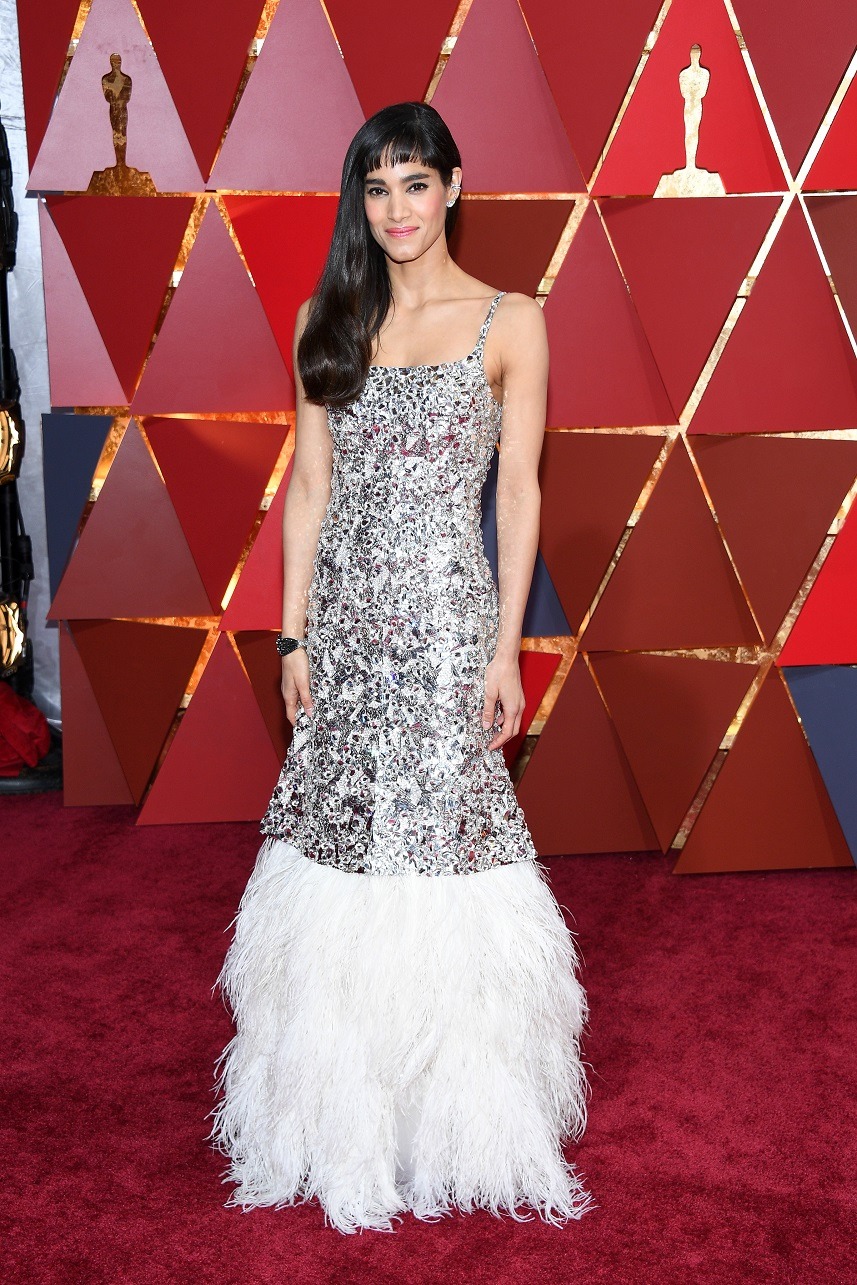 If an Academy Awards attendee wants to stand out, she might incorporate some sequins or feathers into her look, but not both. Blame it on the vibrancy of the sequins or the awkward placement of the feathers, but Sofia Boutella’s number looked more like an arts- and-crafts project than haute couture. Perhaps opting for a loose bun would’ve improved this look, but when there’s so much sparkle, there’s very little you can do for damage control. 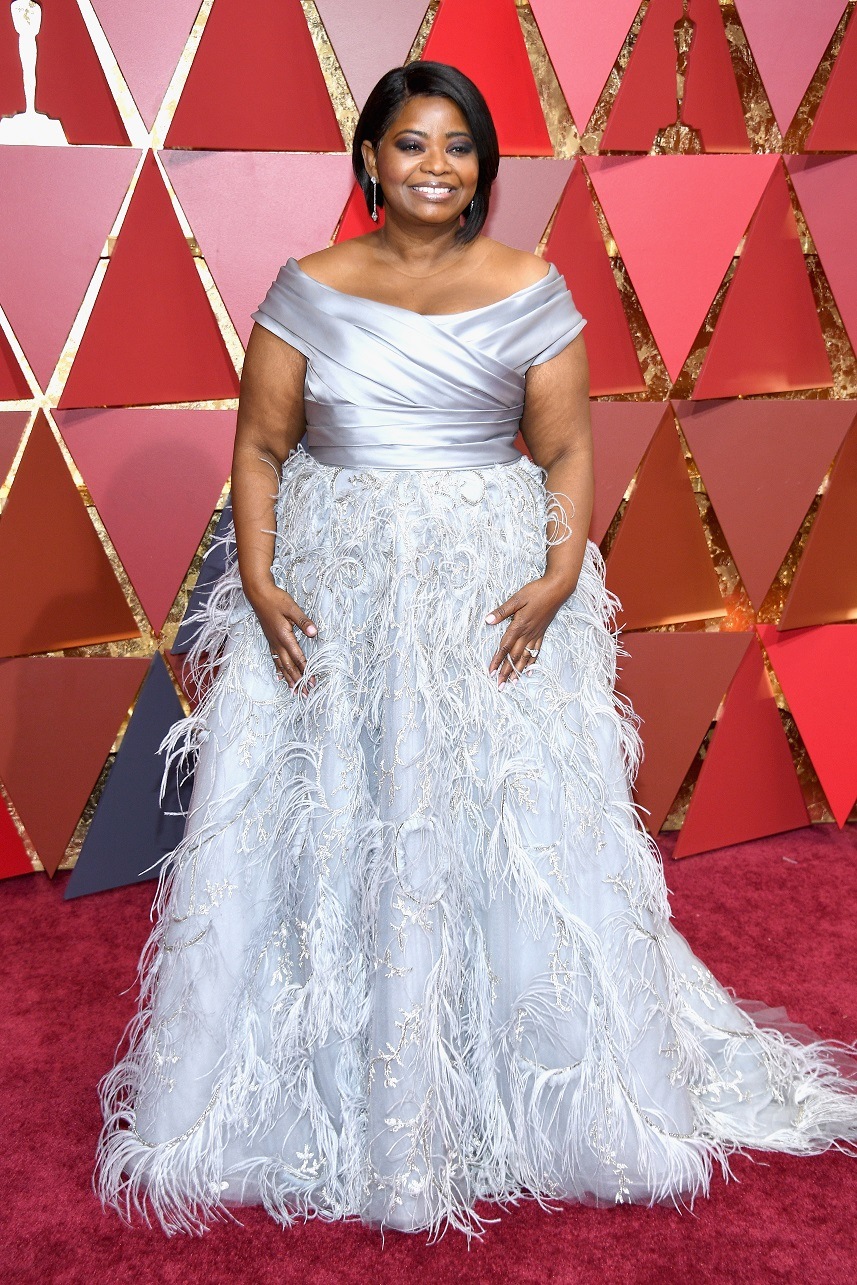 Now this is what you wear to the Oscars. If you’re a nominee, this is your time to dress like a princess. Spencer’s monochromatic feathers added some more depth to the otherwise simple silhouette, plus that frosty silver hue really shined on the red carpet. We’ll admit, it’s a lot of dress, but the Hidden Figures star smartly paired her gown with subtle Forevermark Diamond earrings. Brava!