Switching Phone Companies? How to Pick the Right Phone 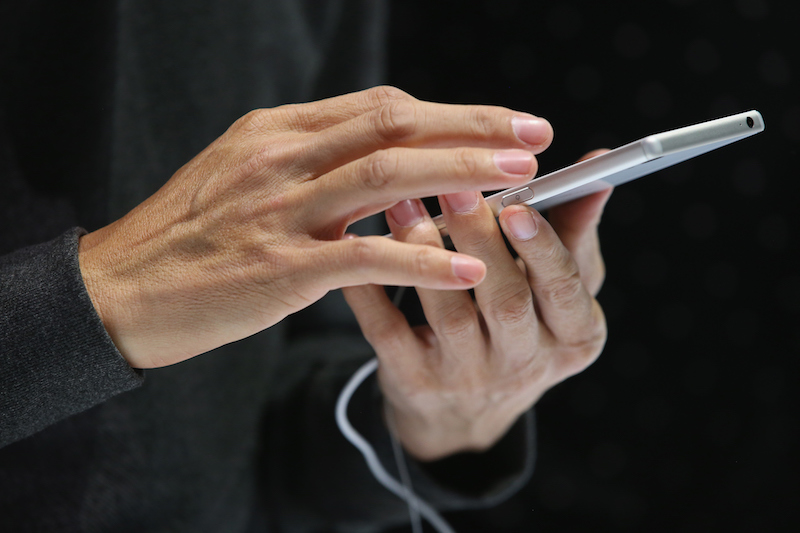 On the surface, it seems like buying a smartphone and choosing a carrier have gotten easier. Two-year contracts are largely a thing of the past, most major carriers offer good coverage across many regions and states, most of the best smartphones are available at the majority of carriers, and there’s a growing number of MVNOs and alternative carriers that offer even more options. But there’s still a question that’s difficult for most smartphone shoppers to answer: What phones make it easiest to switch carriers if, a year or two down the road, you decide that you want to change to one of the other four major networks in the U.S.?

It can seem like a complicated problem to solve because the four major wireless operators in the United States — AT&T, Sprint, T-Mobile, and Verizon — are split between two incompatible technologies. AT&T and T-Mobile operate on GSM, while Verizon and Sprint use CDMA. The two technologies are incompatible, but are used mostly for voice and text services. When 4G technology became available, major carriers agreed to use the same technology, called LTE. Which should solve the problem, right? Wrong. Different carriers use different radio frequencies to deliver service, so not all LTE-capable phones are compatible with all of those networks.

As Marguerite Reardon reports for CNET, the only sure way to determine whether the smartphone you have (or the one you want to buy) will actually work on another carrier’s network, is to check the specifications to see which LTE frequency bands are supported. You can then compare those to the LTE frequency bands that the four major carriers support.

For reference, the frequencies and bands supported by each of the four major carriers in the United States aren’t that difficult to keep track of. They fit into a succinct list, which you can use to compare against the specifications of the phone you have or the one you’re planning to buy:

The good news is that there’s an even easier way to figure out which phones make it easiest to switch carriers if you need a quick answer. Reardon reports that there are a few popular phones from three major manufacturers that should work across AT&T, Sprint, T-Mobile and Verizon: Apple’s iPhone 6s, iPhone 6s Plus, iPhone 6, and iPhone 6 Plus; Lenovo’s Moto X Pure Edition; and Google’s Nexus 6, Nexus 5, Nexus 5X, and Nexus 6P.

Samsung’s Galaxy S and Galaxy Note devices are conspicuously missing from the list because the company still customizes its phones for each carrier. So if you own or love Samsung devices, you’ll need to look closely at the specifications to spot compatibility issues if you need to switch carriers.

Another factor that you need to keep in mind when you intend to switch carriers is that even if your phone is compatible with another carrier’s network, it also needs to be unlocked to function on another network. Verizon is the only major carrier in the United States that sells 4G LTE devices unlocked, while the other major carriers will put software locks on your phone even if you’re paying full price for it. But unlocked phones are easy to find on Amazon, for instance, or you can order directly from the manufacturer.

The Federal Communications Commission requires carriers to unlock devices that customers own in full, though Reardon notes that carriers may still enforce other criteria before providing you with an unlock code. “For instance,” she explains, “the devices you’re seeking to unlock must not be reported lost or stolen and the account holder should be in good standing. T-Mobile also states in its policy that the device must have been active on its networks for at least 40 days.” You can find out the specifics of your carrier’s lock and unlock policies by checking out the AT&T, Sprint, T-Mobile, and Verizon websites.

Things are simpler if you buy a phone that’s sold unlocked, like the Moto X Pure Edition or one of the Google Nexus smartphones. (Though that can get expensive if you’re on a family plan and need multiple devices.) Both are sold only as unlocked devices, so they’re going to be compatible with any carrier’s network. You can also purchase an unlocked version of the iPhone directly from Apple, though the iPhone 6s and iPhone 6 should work across carriers once you’ve followed the procedure to get your current carrier to unlock your phone. Reardon warns that while there are a few other companies that sell “unlocked” devices, referring to budget smartphone makers like ZTE and Alcatel OneTouch, these smartphones will typically only work on AT&T and T-Mobile’s networks.

Whether you’re planning on switching carriers with your current phone, or are simply looking to purchase a phone that will afford you some flexibility in the future, it’s important to do your research. Compare coverage, compare plans, determine what you need, and pay attention to rules and policies at both your current carrier and the one you’ll probably switch to in the future.