7 Tablets You Should Not Buy for School or Work

Tablets were an important addition to the consumer electronics world when they first burst onto the scene. But these days, a variety of users have determined that there’s no reason to buy a tablet anymore. Many people make big mistakes when they’re shopping for a tablet, and plenty of others are considering purchasing a tablet even when they’re not sure whether or not they really need one.

Nonetheless, some people love using tablets, whether they’re hanging out at home, staying productive at work, or working on projects at school. Shopping for a tablet is tricky, and there are plenty of tablets that aren’t worth your money (especially when it comes to cheap models). Because there are so many manufacturers to keep on your radar and so many models to choose from, it’s important to find reviews that you can trust before making a decision or a purchase.

That’s where Consumer Reports comes in. The group’s researchers test all kinds of gadgets, including tablets, to figure out how they perform and whether or not they’re worth the purchase price. Ahead, we’ll take a look at a few tablets that earned lower-than-ideal ratings from Consumer Reports researchers. On paper, they might not seem like bad purchases. But if you need a tablet that’s going to be fast and responsive for use at work or at school, you’re best steering clear of the seven models ahead.

The Asus ZenPad 8.0 Z380CX-A2 is an eight-inch tablet with WiFi, Android 5, and the Google app store. Consumer Reports researchers appreciated that this tablet is able to run 64-bit apps, has a screen that uses toughened glass and a coating that reduces fingerprints, and offers very good display quality. However, they noted a few caveats, including the device’s low-resolution cameras (a 2MP rear-facing camera and a 0.3MP front-facing camera), its mono speaker, and the fact that its screen border is too narrow to grip securely. 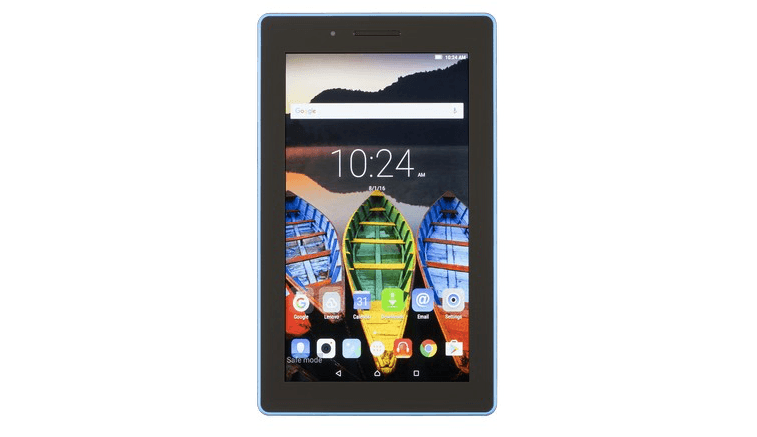 The Lenovo TAB 3 7 Essential is a 6.9-inch tablet with WiFi, Android 5, and the Google Play app store. Consumer Reports product reviewers cited very good display quality and a high-resolution webcam as benefits of this device. But they reported that it features a lower screen resolution than most other tablets they tested, and counted slower performance and a lower resolution rear-facing camera as drawbacks of this tablet. They also noticed that the screen stretches objects slightly, so that circles are a little more ovular in shape than they should be.

The Toshiba Encore 2 WT8-B32CN is an eight-inch tablet with WiFi, Windows 10, and the Microsoft app store. Consumer Reports researchers liked this tablet’s display quality, and noted that “performance was very good on this Windows tablet, as is the display.” However, they noted that this tablet‘s “battery life was just mediocre,” which isn’t ideal if you need a device that will be a workhorse in the classroom or around the office. They also reported that while the tablet offers access to Microsoft’s app store, that doesn’t function as a “one-stop content market” of the type you could find on an Android or iOS tablet.

The Amazon Fire 7 is a 6.9-inch tablet with WiFi, Fire OS 5.1, and the Amazon app store. Consumer Reports researchers liked the fact that this tablet can connect to and import files from a USB storage device, and also stated that the device supports multiple user profiles and has a very low price tag.

But they note that this tablet‘s performance, when running demanding apps, lags behind that of most other models they tested. The researchers point out that the 1.5MP rear-facing camera and 0.3MP front-facing camera are unusually low-resolution. Additionally, a major drawback is that Amazon’s app market is not nearly as large as Google’s or Apple’s, which is something to consider if you like discovering and experimenting with new apps on a regular basis.

The Samsung Galaxy Tab 3 Lite is a seven-inch tablet with WiFi, Android 4.4, and the Google app store. Consumer Reports’ product testers report that this tablet has longer battery life than most, plus a screen coating that reduces fingerprints and full access to the Google app market. But they also observed that its performance when running demanding apps leaves a lot to be desired.

They report, “in its attempt to make a tablet available for every need, Samsung offers this ‘lighter’ version of the Galaxy Tab 3 at a lower price. The display has a lower resolution than others. Demanding apps like games might be sluggish. Battery life is still quite long.” Samsung did augment the device’s 8GB of storage with a memory card reader, but neglected to include a webcam for video chat.

The Samsung Galaxy Tab E Lite 7.0 is a seven-inch tablet with WiFi, Android 4.4, and the Google app store. Though Consumer Reports product testers liked this device’s longer-than-average battery life, the swiping entry enabled by its onscreen keyboard, and its ability to connect to and import files from a USB storage device, they cautioned that its performance when running graphically demanding apps lags behind that of most other models. They also found that this tablet’s display quality was only fair, its camera was unsuitable for general photography, and while “battery life is fine, but Display and Performance are only fair,” Samsung made the unusual choice of neglecting to include a webcam for video chat.

The Nextbook Flexx 8 is an eight-inch tablet with WiFi, Windows 10, and the Microsoft app store. While Consumer Reports researchers liked this device‘s low price tag, its voice-typing feature, and its preinstalled file manager, they reported that the display quality is only fair, the 2MP rear camera and 0.3MP front camera are lower resolution than most, it features a mono speaker only, and the screen border is too narrow to grip securely. They note, “This Wal-Mart-exclusive Nextbook is one of the cheapest Windows tablets, but its screen quality and battery time suffer in comparison to others at a similar price.”