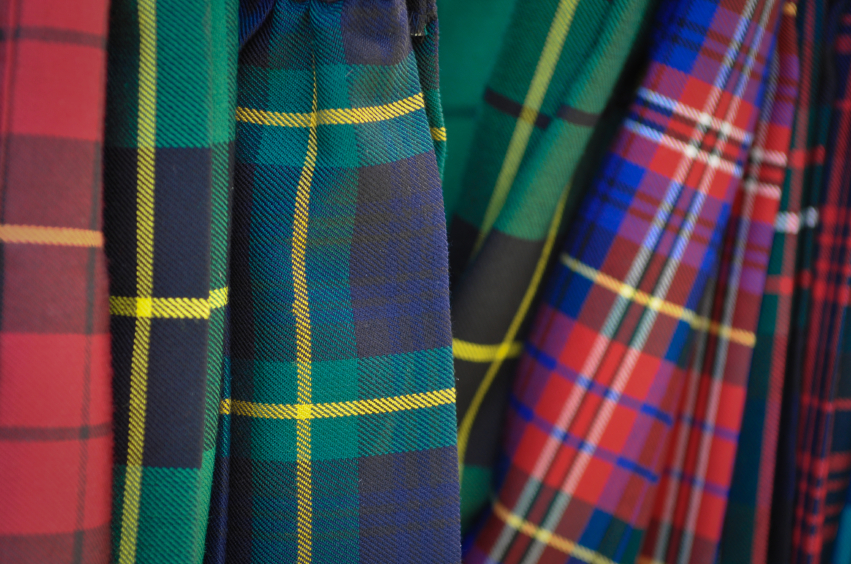 Loved by punks, hipsters, men, and women alike, tartan is one one of those patterns that never seems to go out of style. Recently, it has undergone a resurgence, solidifying its timeless appeal. While it’s not technically a seasonal pattern, it does seem to pop up more as we get closer to the holidays — probably due to its traditional red and green colors. It’s a classic menswear pattern with an incredibly rich history.

Tartan, at its most basic definition, is a plaid pattern that consists of criss-crossing perpendicular lines. The weave of the fabric itself is a simple twill, and the vertical and horizontal lines are spaced evenly apart so that the pattern appears in squares. As a whole, the particular combination of colors and the pattern that they are woven in is called a “sett.” The pattern is almost always associated with Scotland, but the earliest uses have been found far from the U.K., among the Celtic tribes of central Europe. However, the pattern definitely has set roots in the British Isles and is largely considered a Scottish tradition. In Scotland, the color and pattern of setts was originally largely determined by region. Weavers would use certain colors that were more available to them based on their location. As the cloth became more widely traded and purchasers were not limited to setts from their immediate surroundings, people were able to choose setts based on their personal aesthetic preferences — the same way it is today.

As time went on the pattern disappeared and then re-emerged; new patterns were invented and many, if not all, of today’s tartans have no direct link to any historic clans or regions. Although red is the most well recognized, the most popular tartan pattern is by far the Blackwatch plaid because it utilizes a more subdued dark green and blue color than the traditionally brighter red pattern. Today, this pattern is much more common as a shirting fabric, found in heavier pieces like flannels, seasonal wool fabrics, neckwear, and outerwear.

Now that you know all about the history of this famed and rich pattern, here are our top tartan clothing picks and how you can incorporate this timeless menswear staple into your wardrobe. 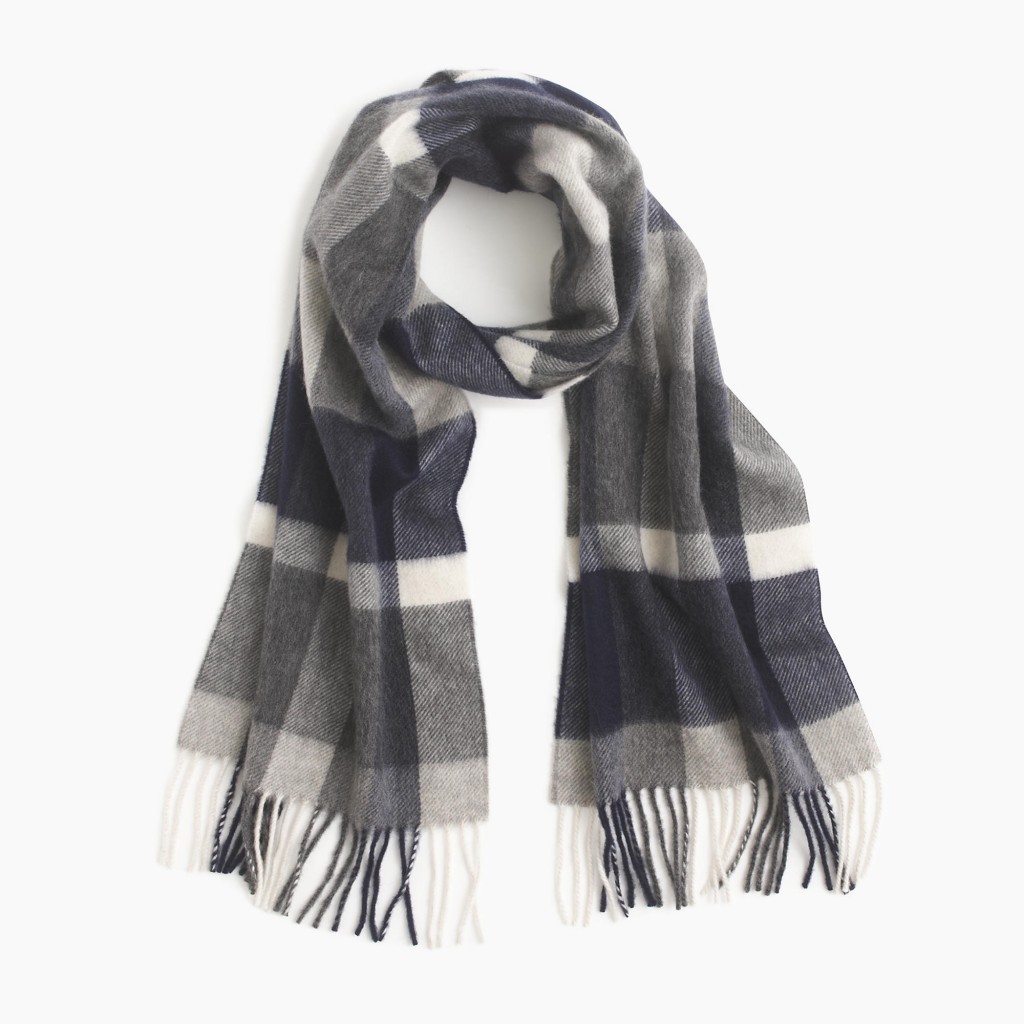 The best way to introduce tartan is with an accessory that you actually need: a scarf. It’s an easy investment and gives a slight nod to the trend without going overboard. This cashmere plaid scarf from J.Crew is warm and easy to wear with a knit sweater or sweatshirt, and thanks to the neutral pattern color, it’s easy to match and works well with practically anything.

Cashmere Scarf in Plaid by J.Crew 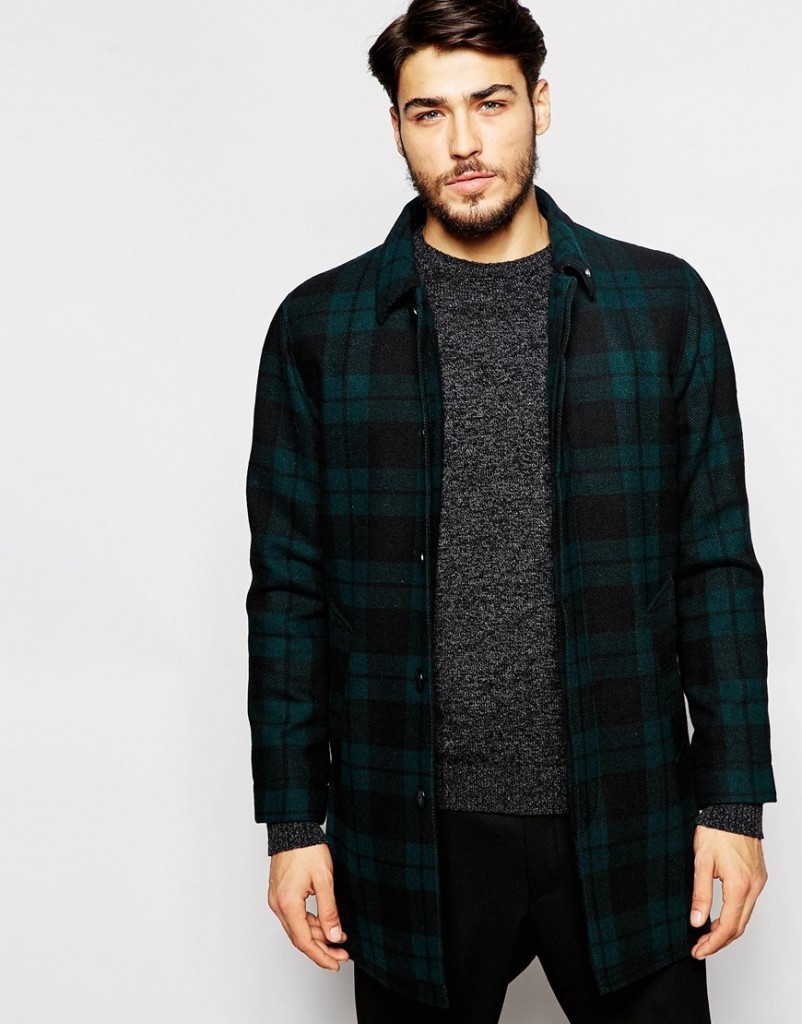 The boldest embrace of the trend is the tartan coat. If you spring for it, keep it to a varied and muted version of the Blackwatch plaid. A neutral color easily matches with casual denim, joggers, and sleek sneakers. It’s a rugged look that bodes well if the rest of your outfit is more neutral so that the tartan can take center stage. Peter Werth’s take on the tartan for casual attire allows you to throw the jacket on with your favorite pair of denim with ease.

The most obvious of the bunch, this Scotch plaid flannel shirt from L.L.Bean, which is slightly fitted, works perfectly with a pair of jeans, a V-neck pullover, or paired with a brown tweed suit. Just make sure you keep it more on the casual side. 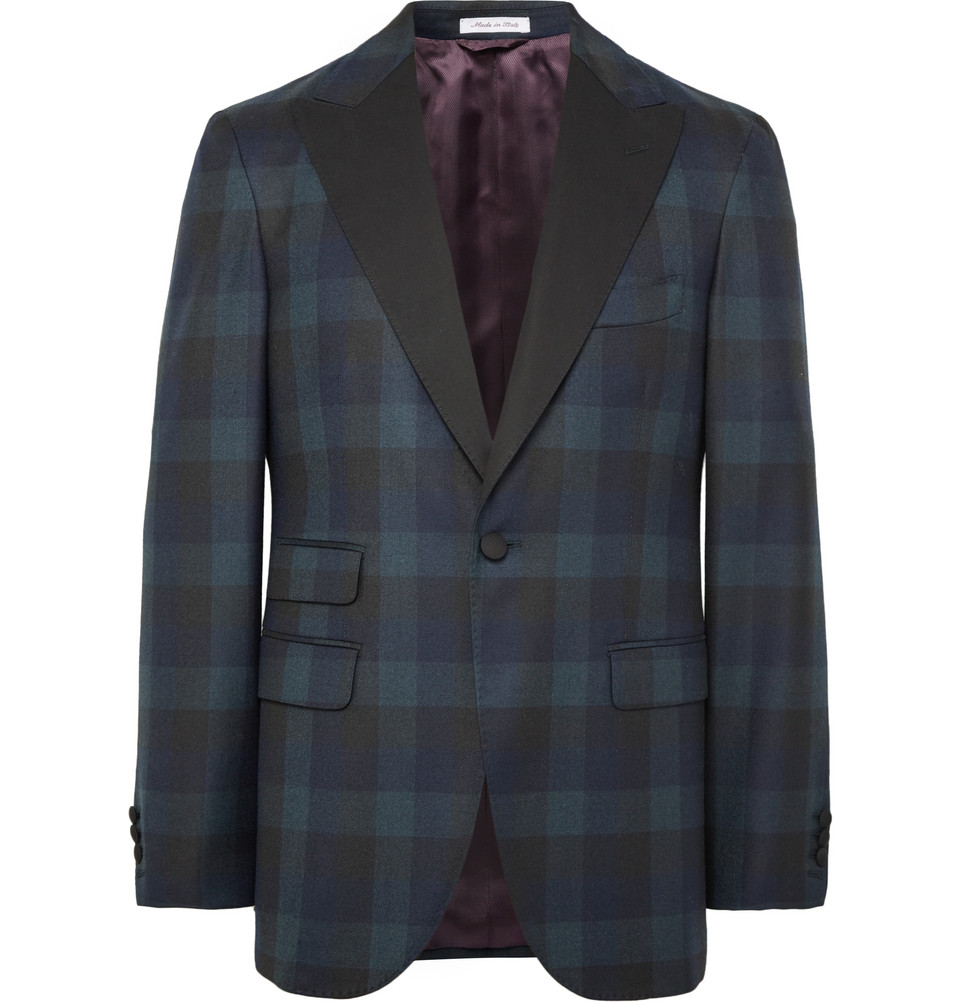 This wool tuxedo jacket in midnight blue by Michael Bastain proves that yes, tartan can be incorporated into formal attire and look more refined than you ever thought possible. Darker sets, like this one, are sophisticated and give your regular formalwear an extra punch. If you wear this one, just make sure to keep the rest of your outfit monochrome to let the jacket shine and not go too overboard with your look.

If you’re fond of patterned sweaters and cardigans, then you’re in luck because tartan is a great piece to transition into winter with to add a little brightness to the dark days of winter. Pair this tartan plush wool-cashmere blend cardigan by Polo Ralph Lauren with your favorite pair of jeans and a T-shirt and/or henley underneath to keep it casual, or a subtle dress shirt and tie underneath for a borderline-formal look. It also has collegiate-like patches on the elbows to add more texture and interest to the cardigan.