The 10 Most Stylish Guys on TV Now

We won’t tell your significant other if you don’t: You’re in a pretty serious relationship with your television. Sure, you may deny it, but the signs are all there. Do you consider On-Demand TV and Netflix the eighth and ninth world wonders, respectively? Is there a pang of resentment toward he (or she) who comes between you and your fall season premieres? Do you think of your favorite television characters more as friends than fictional personas? Do you draw parallels from several story arcs to your own life? Yeah, you’re in deep. But let’s not forget that, sartorially speaking, your slews of must-watch programs are quite influential. After all, didn’t you edit your wardrobe to reflect Don Draper’s threads just a few years ago? With a plethora of new TV shows (and even those older ones lurking in the sidelines) to obsess over, we’re breaking down the top style stars on the tube now. Read on for the 10 most stylish guys currently on TV.

Be warned, this article contains spoilers. 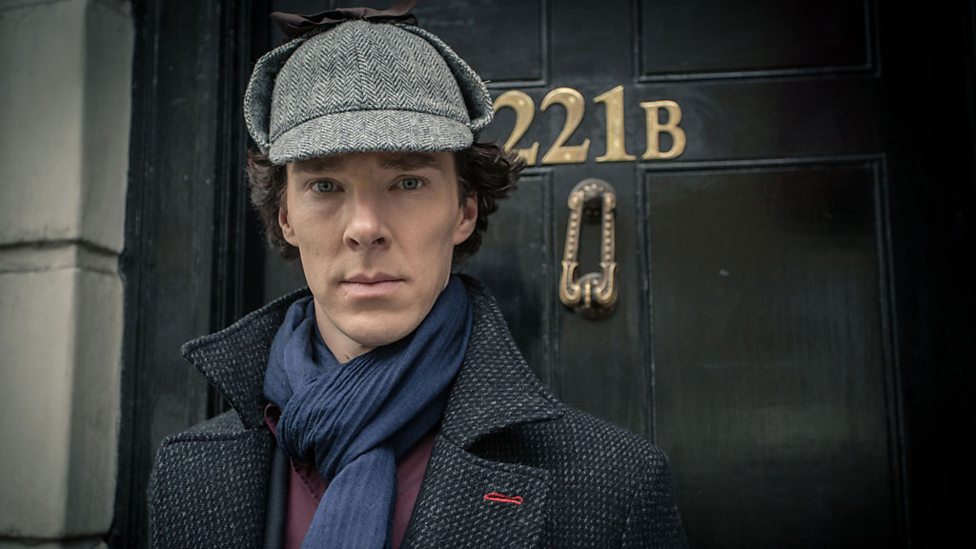 As the chillier months creep closer and closer, every guy needs a great selection of outerwear. If you’re in need of some inspiration for your coats and jackets, look no further than Sherlock Holmes. Sure, you probably admire the detective for his intelligence and witty (albeit socially-awkward) charm, but his apparent penchant for outerwear makes him a secret style star as well. His staple long tweed coat can be dressed up or down, and his wide collar is always subtly popped up, implying that he has a flare for style. Plus, his signature piece acts as a blank canvas in case he wants to add a scarf or traditional detective hat into the mix. 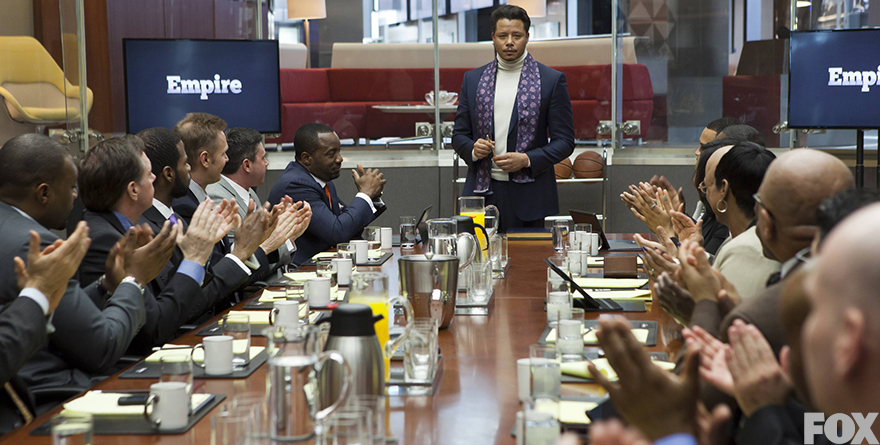 Morally sound? Not exactly. But let’s get one thing straight: The guy knows how to accessorize. Unlike your standard music execs who individualize their looks with flashy watches or crocodile loafers, this twisted mogul upgrades the standard suit with loads of printed neckwear. From silky printed neckties, to a paisley ascot tucked neatly into a white button-down, to long scarves that hang cooly along his jacket’s lapels, his style is both elegant and covetable. While we’re not sure how his punchy pieces will look with (spoiler alert) an orange jumpsuit, we have a feeling that Lucious (and his neck accessories) will be back with a full vengeance come season two. 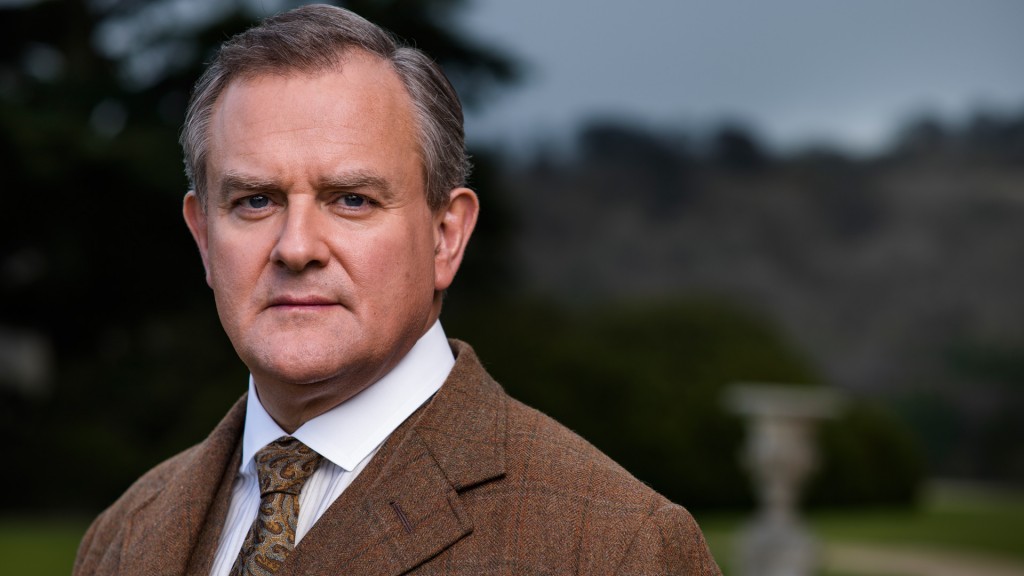 Unless you’re a one-hit wonder of the ‘90s, you’ll probably agree that the true secret to an impeccable outfit is well-fitted clothing. As the Earl of Grantham and the Viscount Downton, it’s basically Robert Crawley’s royal duty to be an exemplary model to his inferiors, cohorts, and addicted viewers, right? Whether he’s dressed for a gossipy dinner, a casual stroll through the estate, or at full attention in his militia garb, there’s never a hem too long or a coat too tight. If you want to channel your inner Robert Crawley with a perfectly tailored look, check out our easy and affordable tips for faking the perfect fit.

No stranger to the spotlight, it’s no surprise that Modern Family’s larger-than-life character is never fully dressed without a splash of a high-octane hue or attention-grabbing print. Sure, he may get some flack on the show for his loud shirts, but we commend his courage to sport brights, stripes, checks, and just about every other print on the spectrum. Not to mention that his array of pigmented buttoned-downs with an accent print along the cuff breathes some life into an everyday dress shirt. 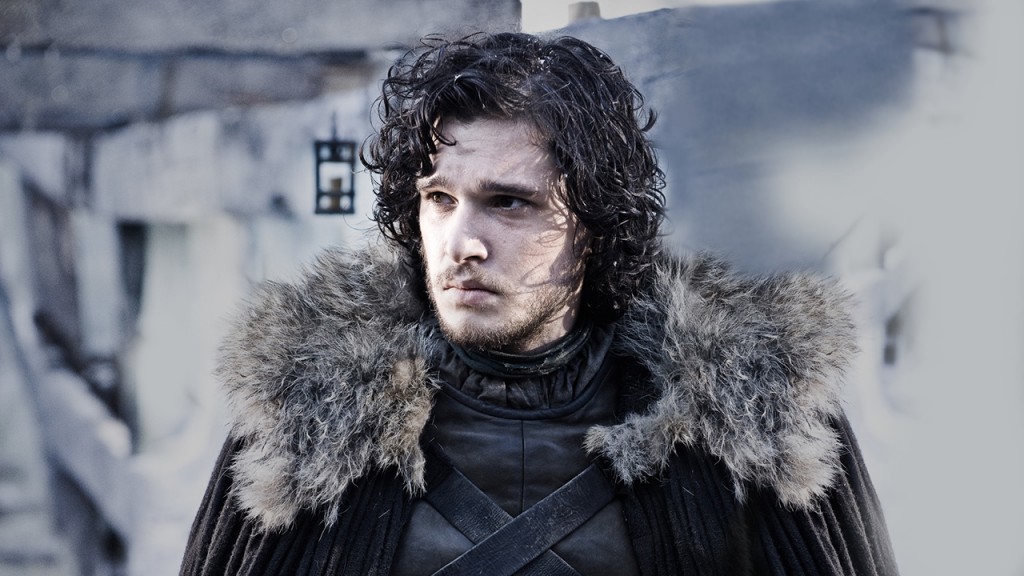 Listen, we’re just as annoyed as you that (spoiler) Jon Snow’s shocking death in the season finale may have been a (cruel) red herring. But let’s get one thing straight: Any guy who can experiment with a number of clothing textures is a friend of ours. It seems that the Stark family outcast sports every fabric available — cool leathers in blacks and browns, a more modest canvas-like texture, and those insane furs just to name a few. What’s even better? The maybe-dead hero mixes these textiles to make a ruggedly chic outfit you could easily find stomping down the catwalk at some avant-garde menswear show. And since winter is actually coming, his wooly wares serve as a practical source of inspiration. 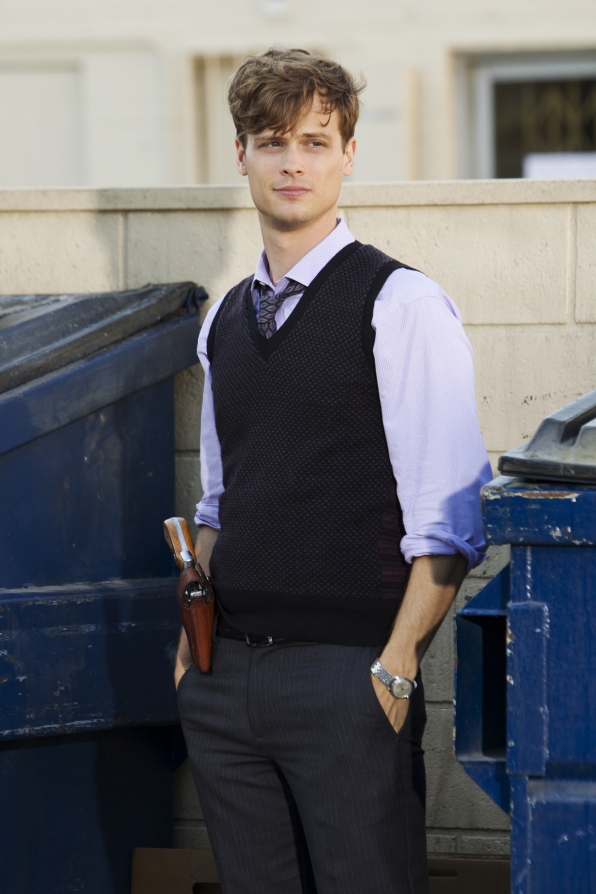 When it comes to layering, no (fictional) man aces this sartorial trick quite like Dr. Spencer Reid. The wiz kid is known for being the socially inept, brainiac of the BAU; however, his outfits are anything but nerdy or awkward. Week to week, Reid boasts a selection of sweater vests, printed button-downs, and Converse shorts. While this look may sound like it veers more towards academia than fashion, the FBI agent’s disheveled hair and lanky silhouette make his style the perfect blend between adult and hip. And at the end of the day, doesn’t every guy want to dress cool without looking like a wannabe teenager? 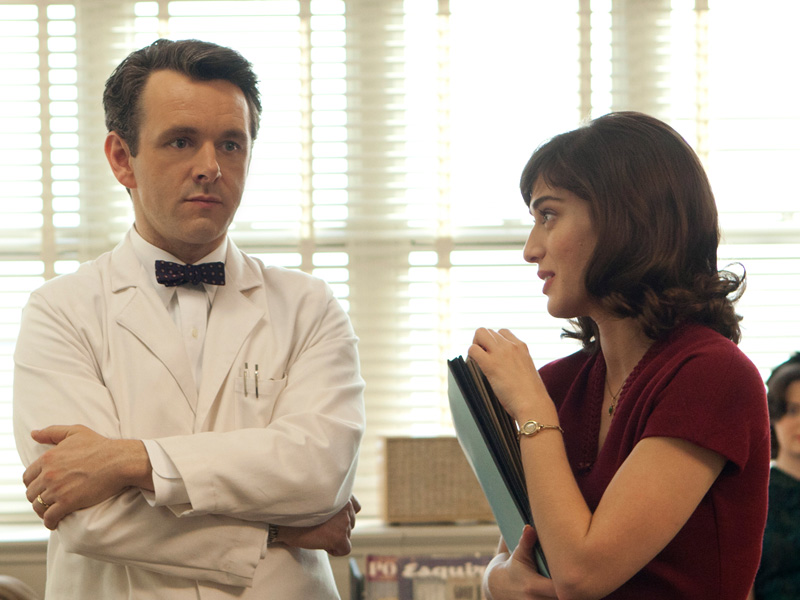 All the greats have them. Tony Manero had his St. Christopher’s pendant, and James Bond has his perfectly tailored tux. As for the famed gynecologist Dr. William Masters? He had his collection of a solid bow ties. Luckily, the Showtime adaptation of Masters’s sexual revolution did not leave out his fashion calling card. Whether paired with his sterilized doctor ensemble or a light gray suit, Masters’s signature piece adds a polished twist to any ensemble. And like any signature, his bow ties would even look quirky-cool today. 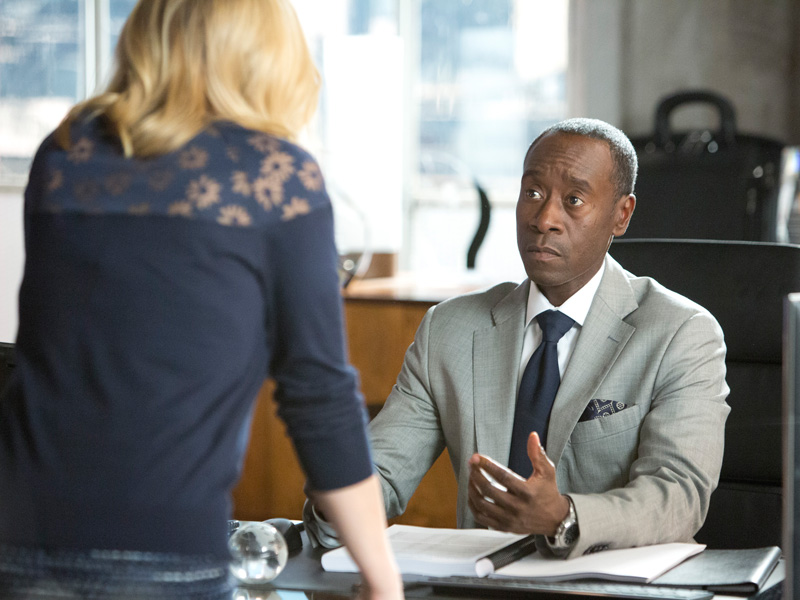 Admit it: One of the most boring things a guy can wear is a black suit. If you’re not at a funeral or formal event, there’s something a little eerie about a black jacket and suit. As a safe alternative, most guys opt for a charcoal grey suit; however, we’ve been seeing more and more guys breaking the color barrier by wearing unconventional shades instead. Jared Leto was a vision in his baby-blue tux, while Duro Olowu made fashion history with his red iteration during last year’s awards season. Less acknowledged, but equally fashion-forward, is the deceptive Marty Kaan. Wearing suits of navy, light grey, and tan, Kaan strays away from the standard dark grey suit. By opting for suits in less traditional tones, he stands out from others but magically flies safely under the sartorial radar. Style wallflowers, take note: Before you haphazardly decide to try your luck with a green suit, try a different neutral a la Kaan instead. 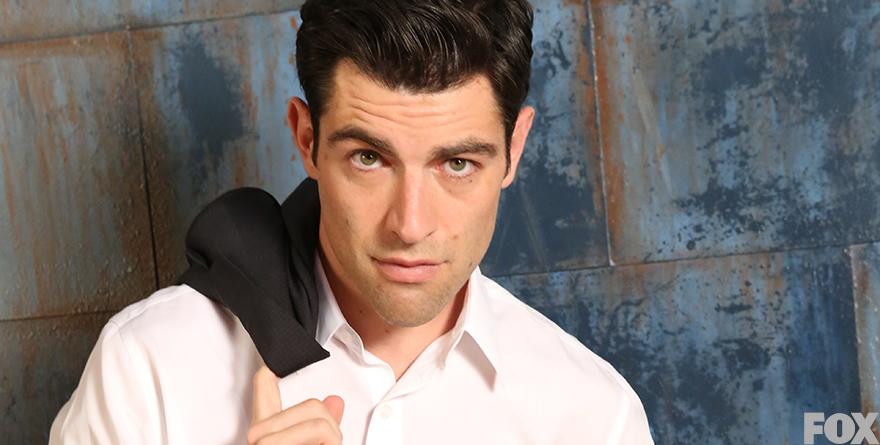 Behold: A man who truly dresses for the occasion. Sure, his driving moccasins, sharkskin laptop sleeve, and kimono robe leisure wear are all excessive, but the man has a point. There’s a time and a place for each treasured piece in your closet. While you may love a pair of brogues so much that you want to wear them all day, half the battle of being a stylish guy is styling yourself for the event. And whether he’s dressed to the nines in a suit and tie for a business venture or just relaxing with his friends in a button-down and cardigan, his look is always polished and modern. The exception is his selection of Halloween outfits — but haven’t we all had our share of fashion blunders? 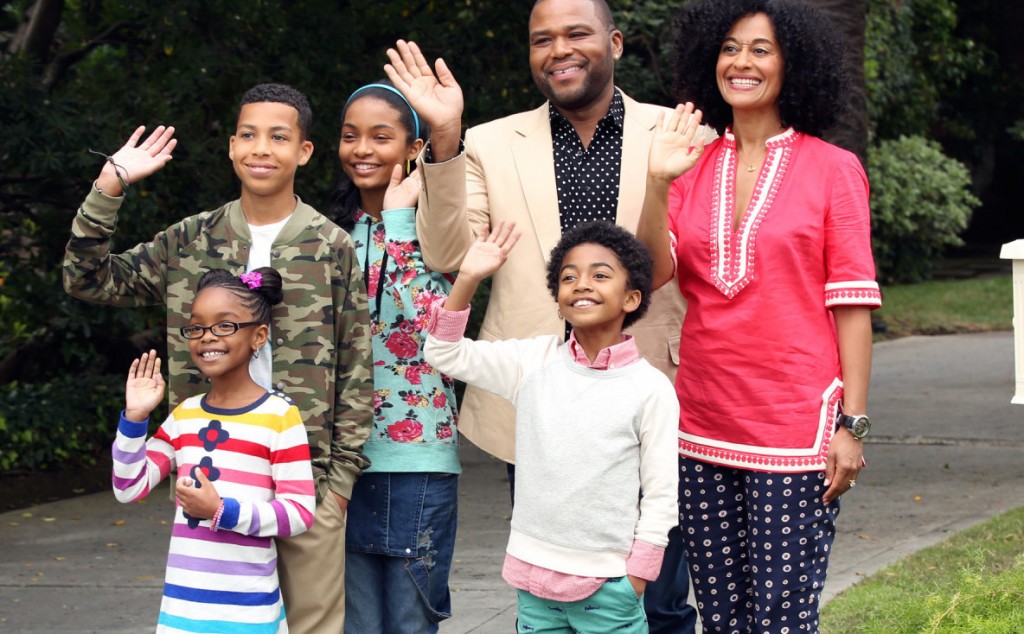 Go ahead, call the funny dad this list’s underdog. But if you’re addicted to this show just as much as we are, you’ll know that Dre Johnson never shies away from a fashion challenge. The man wears everything: bomber jackets in dreamy jewel tones, preppy quilted jackets, energized polka dot button-downs, and casual hoodies suited for the everyman. Need we say more? While it’s easy to commend a (fictional) guy for having crisp suits and cool accessories, it’s also easy for guys to aspire to be fearless with their sartorial choices. Plus, have you seen the size of his closet on the ABC hit comedy? He’s destined for style icon greatness.