5 of the Best Chromebooks for Your Buck

Thanks to the steady march of technological progress, computers are more powerful than ever before. What many computer buyers might not realize is that they don’t necessarily need the power you’ll get in a pricy computer. If your basic computing needs go no further than web browsing, bill paying, and email checking, then there’s no reason to spend a fortune on a new laptop. You can leave all of those high-priced computers to the programmers, video editors, and gamers, and put the money you’ll save to better use.

If that fits your description and you’re in the market for a new laptop, your best bet might be a Chromebook. The software in these computers amounts to little more than a web browser, but thanks to the wide range of web apps available, they just might cover all of your computing needs. Here’s a rundown of the best Chromebooks available, listed according to price. 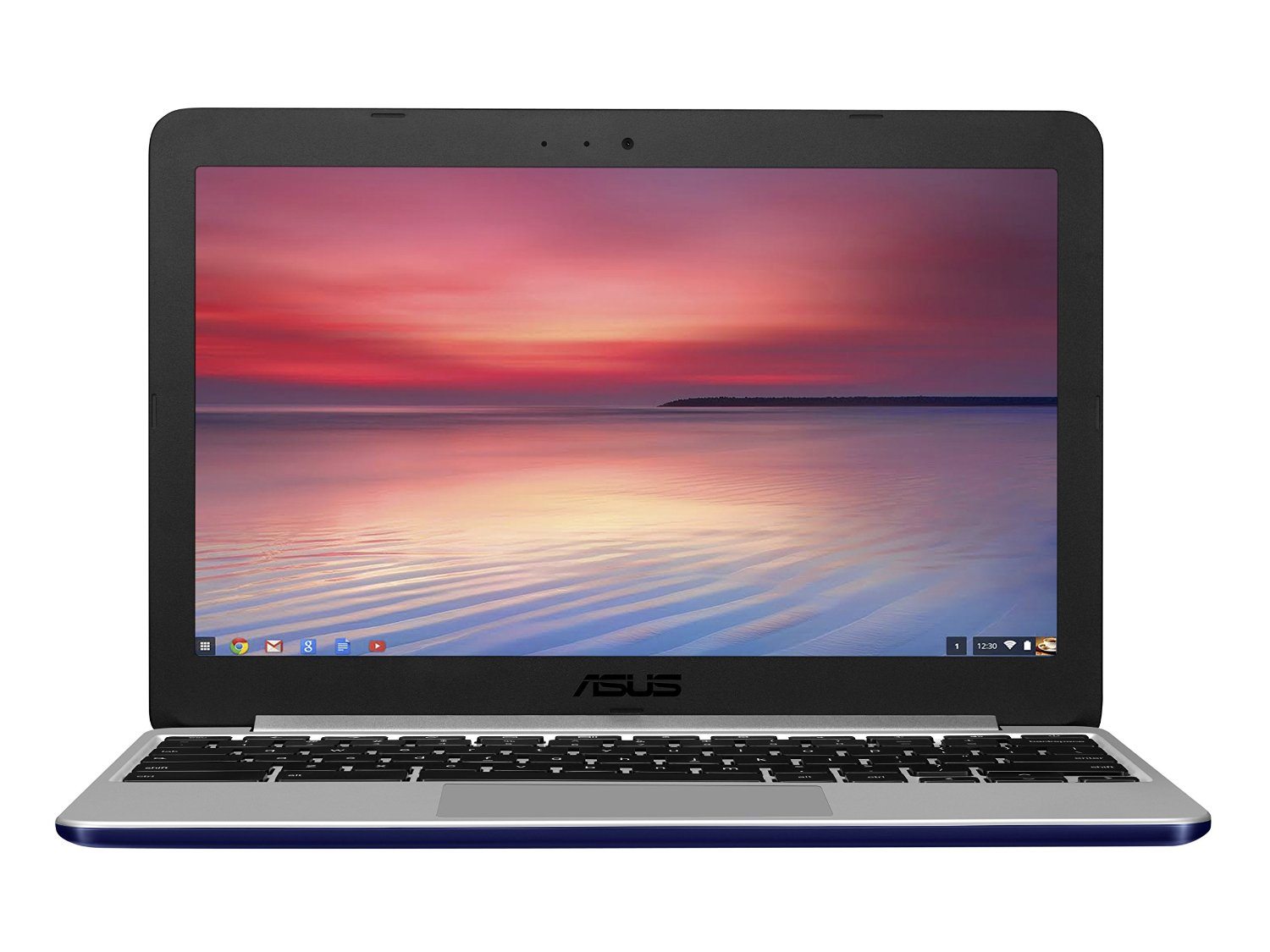 Starting at just $170, the low price point is the primary appeal of this Asus Chromebook. With its 11.6-inch display, this laptop doesn’t have a whole lot of standout features beyond that, but it also doesn’t have as many drawbacks as you might expect for such a bargain-priced device.

Its chief drawback comes in the performance category, which is limited by the computer’s meager 2GB of memory. But if you manage your tabs well and avoid over-stressing the hardware, it moves along at a reasonable clip. It’s also easily portable and boasts a battery life of over a dozen hours. 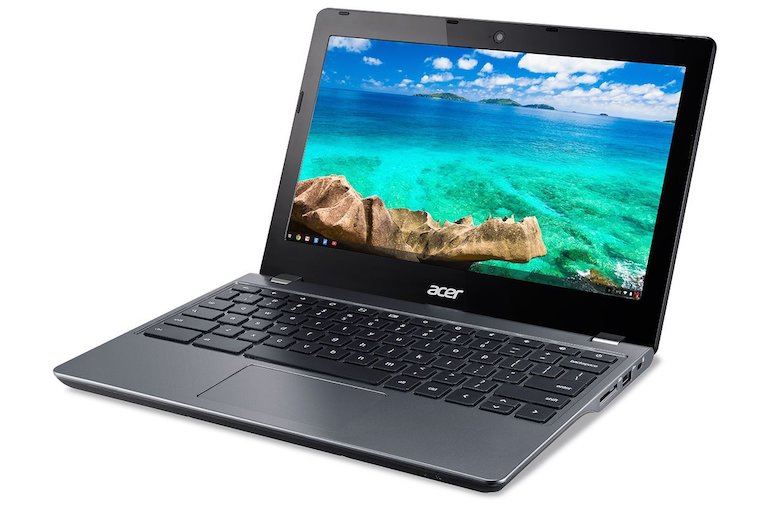 If a smaller screen will do the job, you may want to check out the Acer Chromebook C740-C3P1. It’s an affordable laptop that’s highly portable, thanks to its compact 11.6-inch screen. Aside from that, the computer holds up fairly well in terms of build quality, comfort, and performance. It also shines when it comes to battery life, offering over 15 hours in a single charge. (It’s amazing what a smaller screen can do for battery life.) While the small screen may cause a little eye strain during long sessions, it’ll still last all day, no matter how far from an electrical outlet you stray. 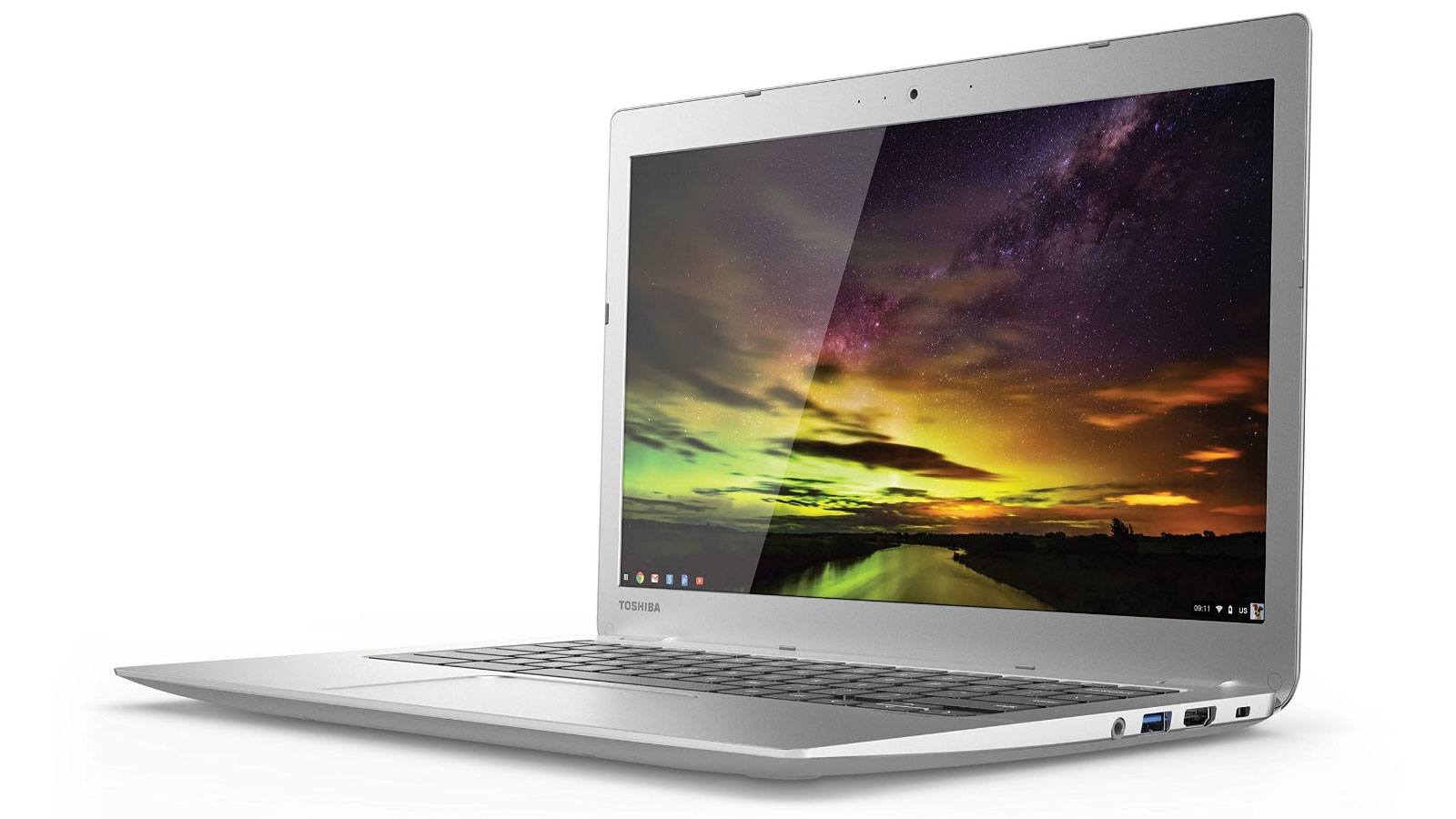 Toshiba’s Chromebook 2 performs well, though the battery does not last as long as some other Chromebooks | Toshiba

Perhaps you’re looking to spend even less on a laptop. Maybe you’re willing to sacrifice some amount of battery life and build quality to save nearly a hundred bucks. No shame in that. If that’s the case, you should look at the Toshiba Chromebook 2, a thin and light laptop with a great-looking 1080p screen.

Performance-wise it’s also a winner, seeing as Consumer Reports gave it their coveted “excellent” rating in the category. Its battery doesn’t last as long as the Dell Chromebook 13, but the machine’s lighter weight should help make up for that.

The next best Chromebook, according to both Consumer Reports (Ranked No. 2) and The Wirecutter (Ranked No. 1), is the Dell Chromebook 13. With a price starting at $430, it’s a much better bargain than the Chromebook Pixel, but it still feels like a premium product.

That feeling begins with the laptop’s carbon fiber casing, which looks great and is pleasing to the touch. And while it can’t match the speed of the Pixel, it still blows past any other Chromebook on the market. The keyboard feels great to type on, and the display is nice and sharp. The other killer feature is the battery, which lasts a solid 11 hours before you’ll have to plug it in.

The only downsides are its above-average price and weight, but those are due to the machine’s powerful processor and long battery life. If you can live with those tradeoffs, this is the Chromebook for you. 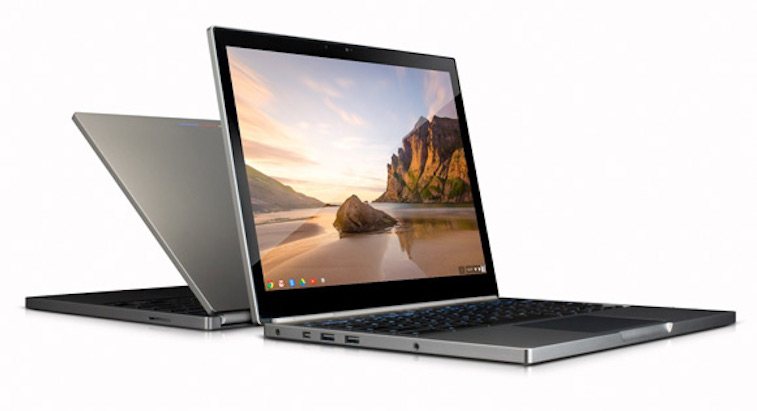 Unsurprisingly, the best Chromebook on the market also happens to be the most expensive. Designed by a team within Google itself, the Chromebook Pixel is a sleek, Apple-like laptop that exudes class. It has a high-resolution touchscreen for a display, a spacious touchpad, and power to spare. It also costs $1,000.

That price point doesn’t exactly jibe with the core idea of Chromebooks as budget laptops. That could be why Google discontinued the Chromebook Pixel. The company says it’s still committed to the product line, but hasn’t yet announced plans for a successor.