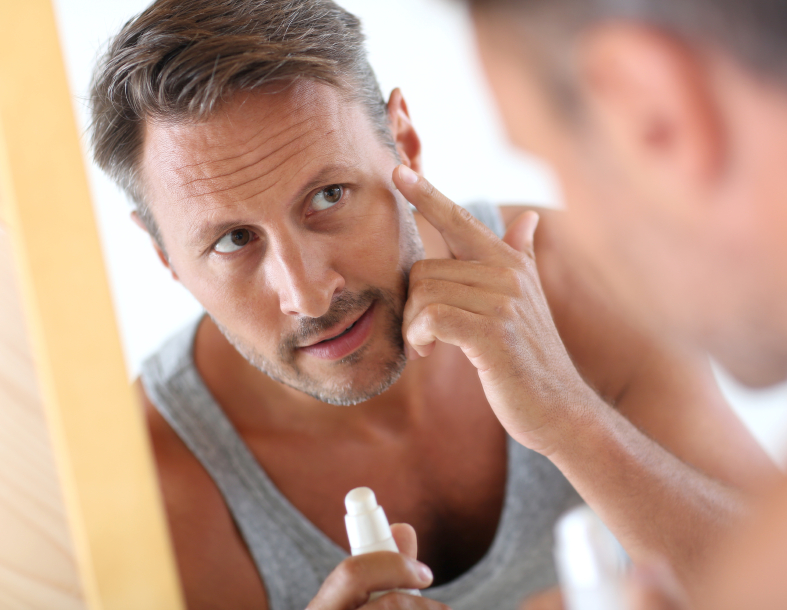 Ever since what feels like 10 minutes ago when society decided it was acceptable for men to shower regularly, it’s been difficult to navigate the world of men’s skincare. The whole metrosexual thing luckily died off pretty quickly, so there’s a lot less pressure to spend a couple hundred dollars a month on how you look. At the same time, if you want to preserve your dateability past the age when it first becomes acceptable to own a Corvette, it’s probably a good idea to do a little more for you skin than throw on some sunscreen every now and then.

Assuming you’re already at the point where you can be counted on to shower most days and use both soap (or body wash) and shampoo, you should probably consider getting started using a face wash and some moisturizer.

You could always borrow your girlfriend’s stuff and try it out, but even if you believe that gendered products are ridiculous, you also probably don’t have much interest in smelling like her orange-chocolate-vanilla-lavender-brown sugar beauty products.

The better idea is to buy some for yourself, but if you’re reading this article, you probably don’t know much about what it is you’ll be buying. You can always walk into the store and pick up some obnoxiously-branded, masculine man face wash and accompanying man-moisturizer, and you probably won’t hurt yourself if you do, but it helps to at least have an idea of what you’re looking for when you walk through the door.

Face wash is a good idea because your face accumulates all kinds of sweat, oil, and dirt throughout the day. Shampoo running off your hair doesn’t do a very good job of cleaning all that off, and washing it directly with body soap is a little harsh. Face wash gets the job done without drying your skin out or leaving you more oily than you were when you started.

As far as both hygiene and attractiveness go, I highly recommend that you avoid ever being described as “oily.” 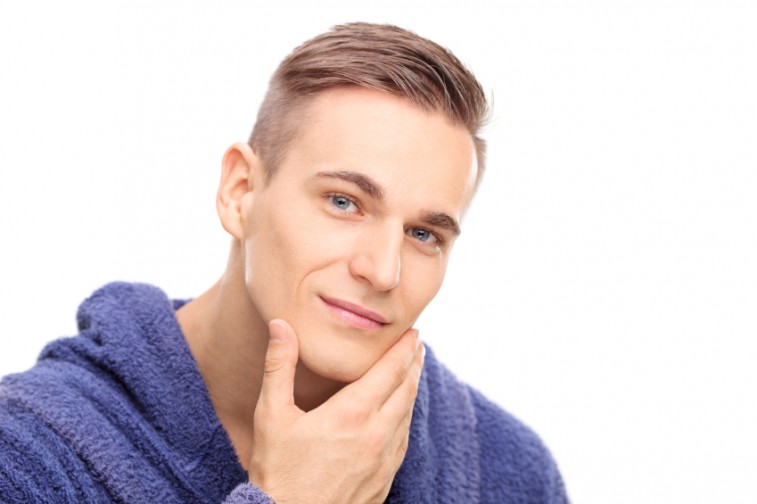 To help preserve your youth as long as possible, it’s also a good idea to follow up your face wash — which you can easily do in the shower — with some moisturizer. Don’t try to use moisturizer while you’re still in the shower, though. That will go poorly.

The added benefit of using moisturizer is that it will also help prevent oily skin. That may sound a little counter-intuitive, but it’s true.

There are all kinds of moisturizers you can use, and even men’s moisturizers can get expensive quickly. If $50 for what really just amounts to some fancy face lotion sounds crazy, you’re in luck. You don’t have to spend an arm and a leg on fancy face lotion to get something that’s high quality and worth using.

If you like the Neutrogena face wash, you can double up and also get Neutrogena Triple Protect Face Lotion for Men, but Nivea has quite a few products that would be great choices as well. Nivea Men Original Protective Face Lotion is a great basic moisturizer, as is its Energy Moisturizing Face Lotion.

None of these products are particularly expensive, nor will they take much time out of your day. If you’re looking for a way to take your personal hygiene to the next level, they offer a great return on your investment. They’ll keep you looking young and handsome for years, and best of all, as long as you don’t go overboard with the pomade, you’ll never run the risk of being called “oily.”