Samsung revealed evolutionary updates to two popular handset models this week, the Galaxy Note and the Galaxy Edge. The Note 5 and Edge+, both available August 21, sport 5.7-inch screens and Android OS 5.1 Lollipop. The new devices are also the first to support Samsung’s mobile payment service, Samsung Pay, which launches in Korea next week and in the U.S. on September 28.

The Edge and especially the Note have carved out a niche for themselves among Android loyalists, and further cement Samsung’s position as the top Android device manufacturer. The Note is one of the best-selling “phablets” — the nickname for smartphone/tablet hybrids — and the Edge was widely popular due to its innovative curve screen despite shortages at launch.

Both devices sport a 16-megapixel rear-facing and 5-megapixel front-facing camera, and come in either 32 or 64GB capacities running on the company’s new Exynos 7420 eight-core processor with a 5.7-inch Super AMOLED display. Traditional and wireless charging is supported, with a full charge possible in less than 90 minutes.

The Note 5 and Edge+ both are made of metal and glass, a departure from the plastic Samsung smartphones of the past. The company switched to more premium materials earlier this year, no doubt in response to chief competitor Apple’s preference for metal over plastic and more demanding consumer tastes.

The Note 5: A step up in quality 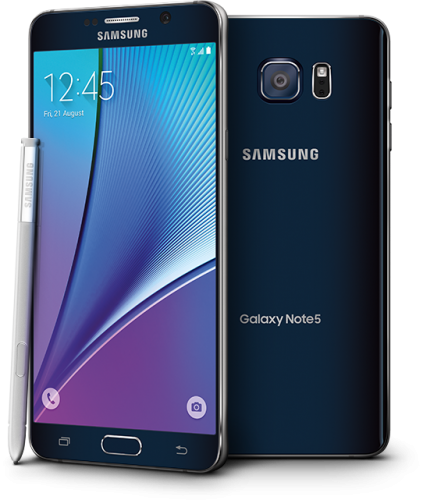 The Note 5, while mostly an evolutionary release, still has features that are sure to attract new buyers. The Verge’s Dan Seifert described the Note 5 as “a blend of the Galaxy S6 introduced earlier this year and the Note 4 from last year.” This is due to the fact that the Note 5 now makes use of the same materials — metal and glass on both the front and back — that the S6 did.

Wireless charging is a nice feature, something that Samsung is pushing heavily in some of its lineup in an effort to differentiate its devices from Apple. It has also shrunk the Note somewhat. The Note 4 has the same 5.7-inch screen, but a thinner and narrower case along with a curved back make it seem like less of the extremely large phone that it is.

Like any Note, it includes the S-Pen stylus. For quick notes the device will now allow you to draw on the screen even when the display is “off.”

There’s even a cool new feature for YouTubers that allows for livestreaming to the service directly from the camera app itself. That feature is found on the Edge+ as well, Samsung says.

The Note 5 is available in White Pearl, Black Sapphire, Gold Platinum, and Silver Titanium. Pricing will be set by the carriers, but expect the pricing to be similar to the Note 4 at its launch.

The Edge+ builds on the original 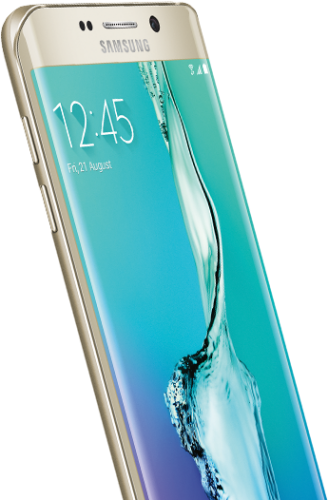 No doubt the coolest feature of Samsung’s Edge lineup are their curved screens. Samsung actually misjudged the original Edge’s potential popularity the first time around, leading to shortages in the original version and a lot of unhappy customers, according to PCWorld.

Samsung’s not making the same mistake twice, improving on its manufacturing process to produce more Edge+, and including a larger 5.7-inch screen in a package that is only 12 millimeters longer and 5 millimeters wider. The battery is slightly larger than its predecessor, and charging speed has also been improved.

Of course, the device’s curved screen is still the main attraction. The edges of the screen that curve are where your select navigation and control buttons sit, and are able to change operation based on the apps you use. Samsung says it has improved the software here so that these buttons will not only allow you to access frequently used contacts but apps as well.

While it’s not perfect yet, the functionality tweaks are beginning to improve a device that at first seemed a little gimmicky to some. There has been talk about curved displays for years, and Samsung deserves at least some credit for making it a reality.

Like the Note 5, the Edge+ is also expected to be available in White Pearl, Black Sapphire, Gold Platinum and Silver Titanium. Both devices are available for preorder immediately before their launch on August 21.

The Note 5 and the Edge+ are the first two devices to support Samsung Pay, the company’s response to Apple Pay. Like Apple Pay, Samsung’s version also works on the NFC platform for contactless payments. However the company also is promoting another technology called Magnetic Secure Transmission, or MST.

MST works by transmitting a magnetic signal to traditional card card readers while the phone rests on the swiping slot, which most modern card swiping devices should be able to receive. Samsung also will beat Apple Pay to the punch in offering store-branded credit cards, likely due to the addition of MST as a mobile payment option. Retailers don’t have to add contactless payments technology to their registers in order to support Samsung Pay.

While users of the Note 5 and Edge+ will have the Samsung Pay preloaded, owners of the original Edge and other select Galaxy S6 should receive the new services as part of a software update within the next several weeks. As mentioned previously, Korea will get Samsung Pay first on August 20, followed by a launch in the U.S. on September 28. Samsung officials say other countries will come online in the coming months.