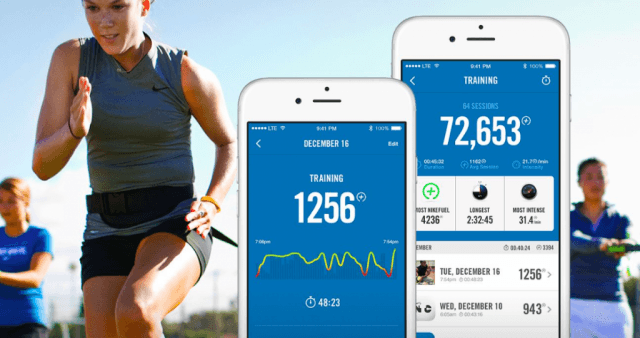 A big but largely unspoken problem with fitness tracking bands and smartwatches is that their biometric measurements are often inaccurate. Mark Sullivan reports for VentureBeat that Nike and Apple have agreed to settle a class-action lawsuit alleging that the companies sold the Nike FuelBand fitness tracker even though they knew that the device’s biometric measurements were inaccurate. Nike will pay $2.4 million in claims to people who bought the FuelBand between January 2012 and June 2015. Apple, which sold the FuelBand in its stores until March of this year, won’t pay anything.

The plaintiffs in the lawsuit argued that the calorie burn, steps, and overall activity measurements collected in the device’s NikeFuel dashboard were inaccurate. They also alleged that Nike and Apple continued to market the product even with knowledge of the flaw, which Sullivan characterizes as “the dirty little secret of fitness trackers in general.”

Many fitness trackers do present accurate or nearly-accurate information, but just as many do not. Sullivan notes that an excellent way to illustrate the accuracy problem is to wear several types of trackers for the day and compare their results (an experiment that several tech reviewers and bloggers have tried). The data the different wearables offer won’t be the same; in fact, the results they present can be wildly different. But devices don’t come under much scrutiny in terms of the data they collect and present to users.

Sullivan explains that fitness trackers often claim to offer wearers insight into metrics like “calorie burn,” using readings from several sensors to collect data, and employing an algorithm to extrapolate insight from that data. But in the case of many devices, these sensors and algorithms overreach.

Sullivan notes that the data collected from an accelerometer, for instance, “can’t possibly” contain the depth of detail about a user’s body and activity that would really be necessary to measure weight loss, monitor blood measure, or offer insight into the quality of a night’s sleep. And device makers aren’t honest about these shortcomings.

Consumers generally “let fitness tracker makers off the hook” by saying that the numbers are only relative and can still help them increase the number of steps they take or improve the amount of time that they’re active. In other words, instead of looking for insight in the number themselves, wearers simply look for positive and negative changes in the data points the device collects daily. But in Sullivan’s estimation, the acceptance of this limited type of utility sets an extremely low bar for fitness trackers. Our low expectations for these devices likely corresponds with our willingness to stash them in a drawer after mere weeks or months of use.

Because many basic fitness trackers consist only of a piece of plastic, an inexpensive accelerometer, an app, and a handful of algorithms, Sullivan thinks it’s likely that we’ll see more lawsuits like the one against Nike and Apple as the fitness tracker market matures. He asserts that consumers will need to insist on more accurate data, and those in the media will need to do more to distinguish the accurate products from the inaccurate ones.

Nike isn’t the only manufacturer with a problem, and high-end smartwatches are no less prone to the problem than more affordable fitness bands. Jacob Kastrenakes reports for The Verge that what should be a simple function of the Apple Watch — its ability to tell if you’ve been standing enough — is unreliable. So unreliable, in fact, that its reminders to stand function as a regular, reliable timekeeping function regardless of how active the wearer has been.

The watch challenges wearers to stand up at least once during 12 different hours of the day. But Kastrenakes explains that that part of the Apple Watch’s activity tracker is “kind of wonky. As in, it doesn’t really work — but it also doesn’t work with such incredible regularity that it actually helps me to tell the time.” The watch often doesn’t register an hour of working at a standing desk, or even time spent walking around an apartment to cook and clean. “You have to get up, walk an appreciable distance, and only then will it give you credit.”

When Kastrenakes doesn’t do that, he reports that the watch alerts him with a pair of taps and the message, “It’s time to stand!” whether he’s been standing or not. The reminders always come at ten minutes before the hour, which has the unintended effect of providing a signal that time is passing. But no matter how useful it seems to have your watch tap you on the wrist each hour, the failings of the Apple Watch’s activity tracking capabilities hardly seems worth celebrating.