The Most Daring ‘Naked Dresses’ at Cannes, Including Kendall Jenner’s

As per usual, the 2018 Cannes red carpet is filled with stunning fashion. This year, however, in addition to being stunning, much of the fashion is also pretty risqué. Read on for a look at some of the most daring “naked dresses” that made appearances at Cannes this year. 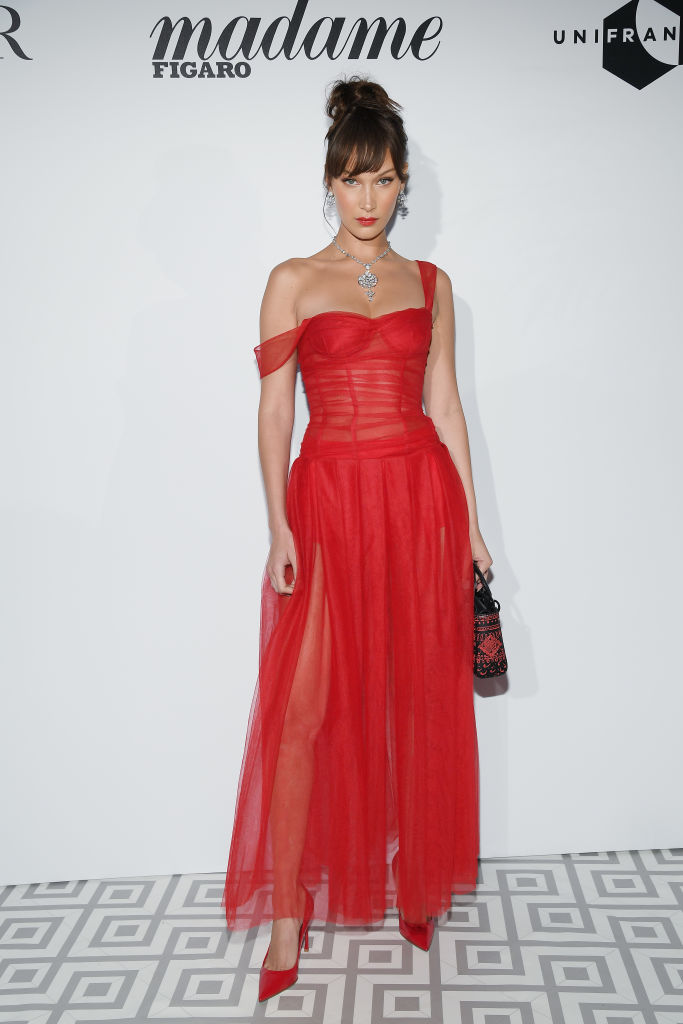 The monochromatic look is not the nakedest this year. | Pascal Le Segretain/Getty Images

Bella Hadid and Kendall Jenner have been having all sorts of fun at Cannes this year. The model pair have stunned in every outfit, but the sheer red Dior dress Hadid wore to the 71st annual Cannes Film Festival dinner at JW Marriott was particularly a head-turner.  The dress was a vibrant, sheer red (paired with a matching lip) that went down to model’s ankles, exposing an equally vibrant red shoe.

Next: This Versace dress has not one but two major slits. 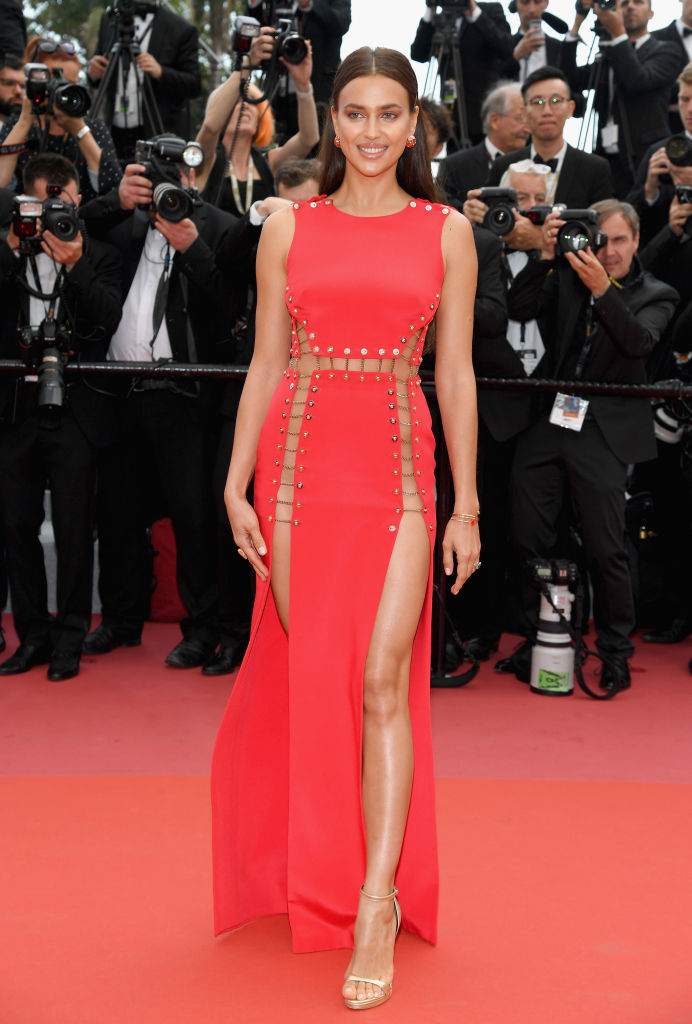 There is no hiding anything. | Pascal Le Segretain/Getty Images

Shayk was seen heating up the 2018 Cannes red carpet in her red-hot, hip-baring Versace dress. The dress features two extreme slits that go all the way from the floor up to just below her chest. The pieces of fabric used are held together with silver chains and Medusa studs, signature Versace elements. 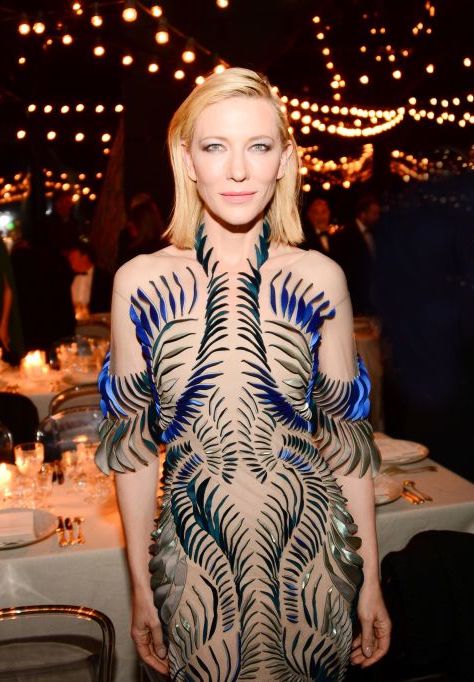 Most of the fabric matches her skin. | Anthony Ghnassia/Getty Images for Kering

Cate Blanchett stunned at the Women in Motion Awards Dinner. “Standout Cate Blanchett came ashore like a sea goddess in Iris van Herpen’s couture creation that echoed the work of Alexander McQueen,” reads Vogue. Wearing a dress with a majority of the fabric matching the actress’ skin-tone, the dress appeared more revealing than it actually was. Either way, the bold blues and whimsical shapes featured throughout most definitely made Blanchett stand out.

Next: Kristen Stewart took off her shoes (again) on the red carpet. 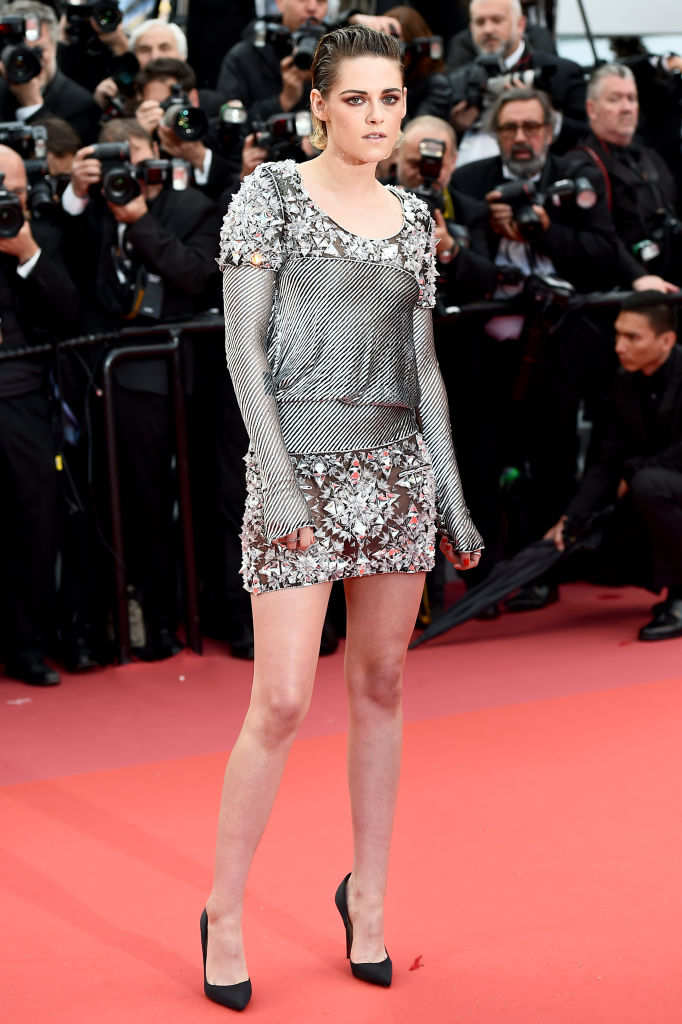 There are some carefully placed sparkles. | Vittorio Zunino Celotto/Getty Images for Kering

Kristen Stewart looked like an absolute rockstar in a silver minidress with long sleeves by Chanel. The transparent bottom portion of the dress gave the actress legs for days, especially when paired with her black Christian Louboutin heels (which she took off while still on the red carpet).

Next: Araya Hargate also wore a see through dress. 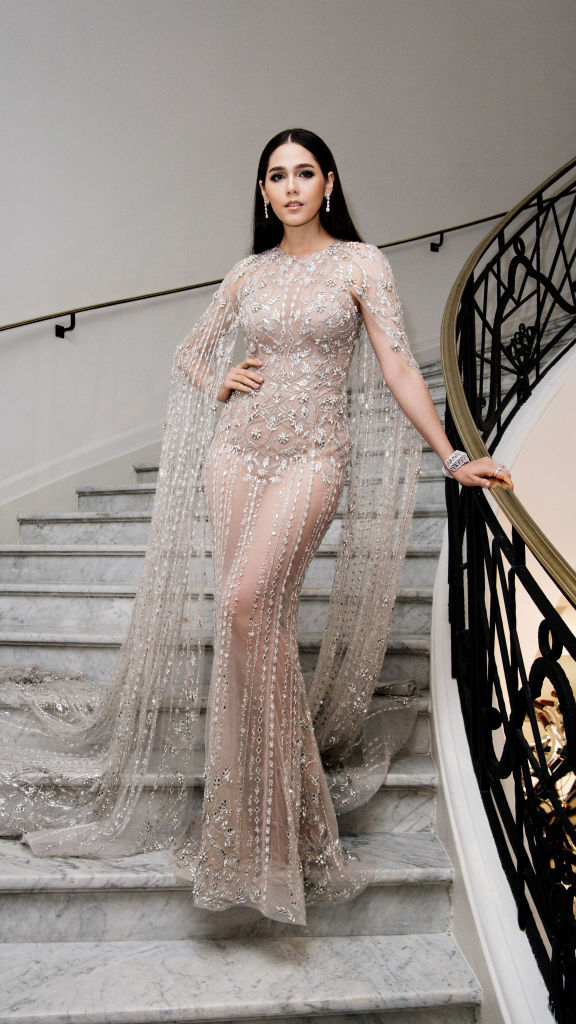 That’s a lot of fabric for something see-through. | Gareth Cattermole/Getty Images

Araya Hargate is an actress who attended the festival for the premiere of her latest film,  Sink Or Swim (Le Grand Bain). She wore a long, sheer Ralph & Russo dress that cascaded past her feet and pooled on the floor around her. To match the sparkle of her dress, she wore equally sparkly rings, a bracelet, and earrings. 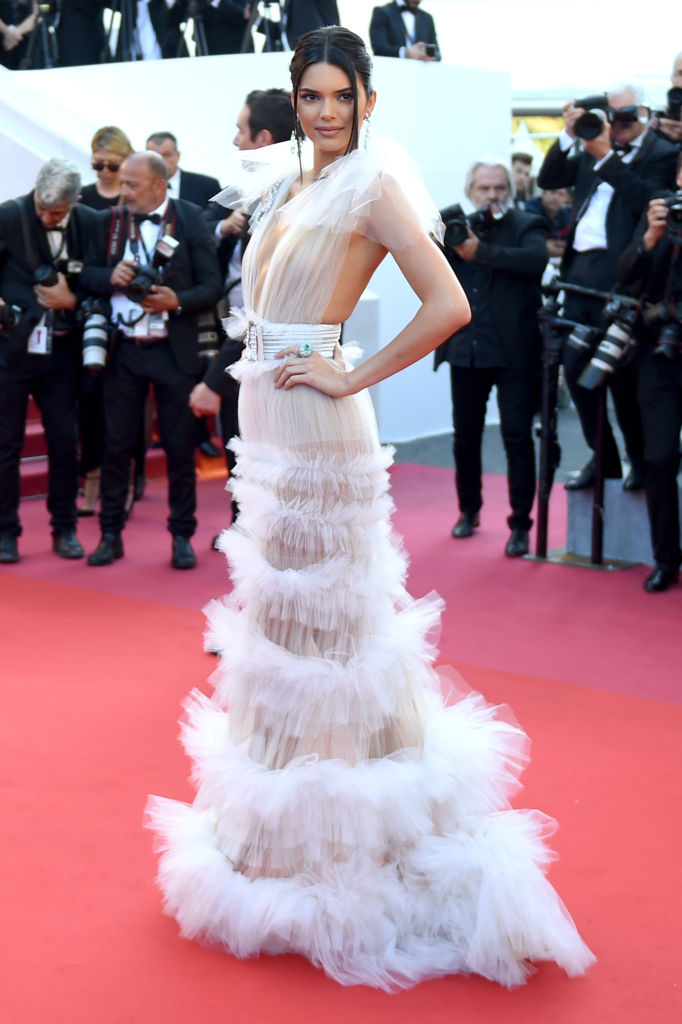 Kendall left nothing to the imagination. | Antony Jones/Getty Images

Jenner walked the Cannes carpet in a Schiaparelli Haute Couture from their Fall/Winter 2017-2018 collection. While sporting the completely sheer dress she wore nude underwear and opted to go braless on top. Her jewelry was by Chopard.

“With its many tiers, and its wispy fabric, Jenner’s look bordered on bridal, but the risqué, naked element of the dress was in keeping with the model’s style,” reads Harper’s Bazaar.

Next: This Victoria’s Secret Angel wore a see through dress by Roberto Cavalli. 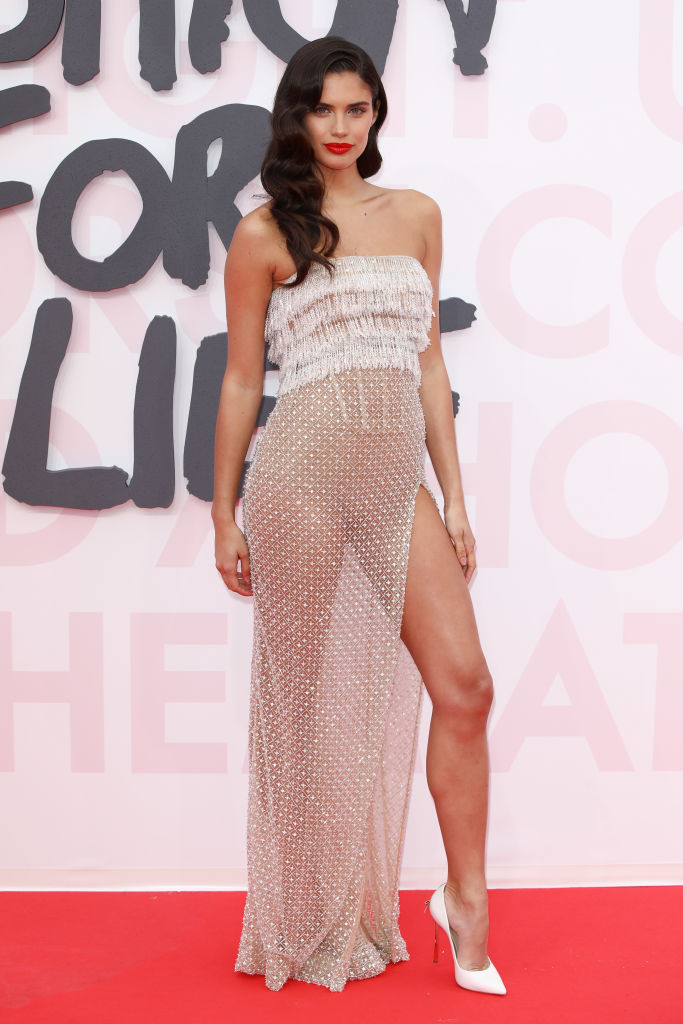 She looked stunning in the sheer material. | John Phillips/Getty Images

Sara Sampaio is a Portuguese model best recognized for being a Victoria’s Secret Angel. At the Fashion for Relief event held by Naomi Campbell, she wore shiny, translucent dress that certainly turned heads.