Uniforms are a big part of the Olympic Games. A gold medalist’s uniform is seen by millions of people around the world during the competition and after. And their outfit might even end up on a box of cereal. Find out which Olympic athletes have some of the most memorable uniforms of all time. 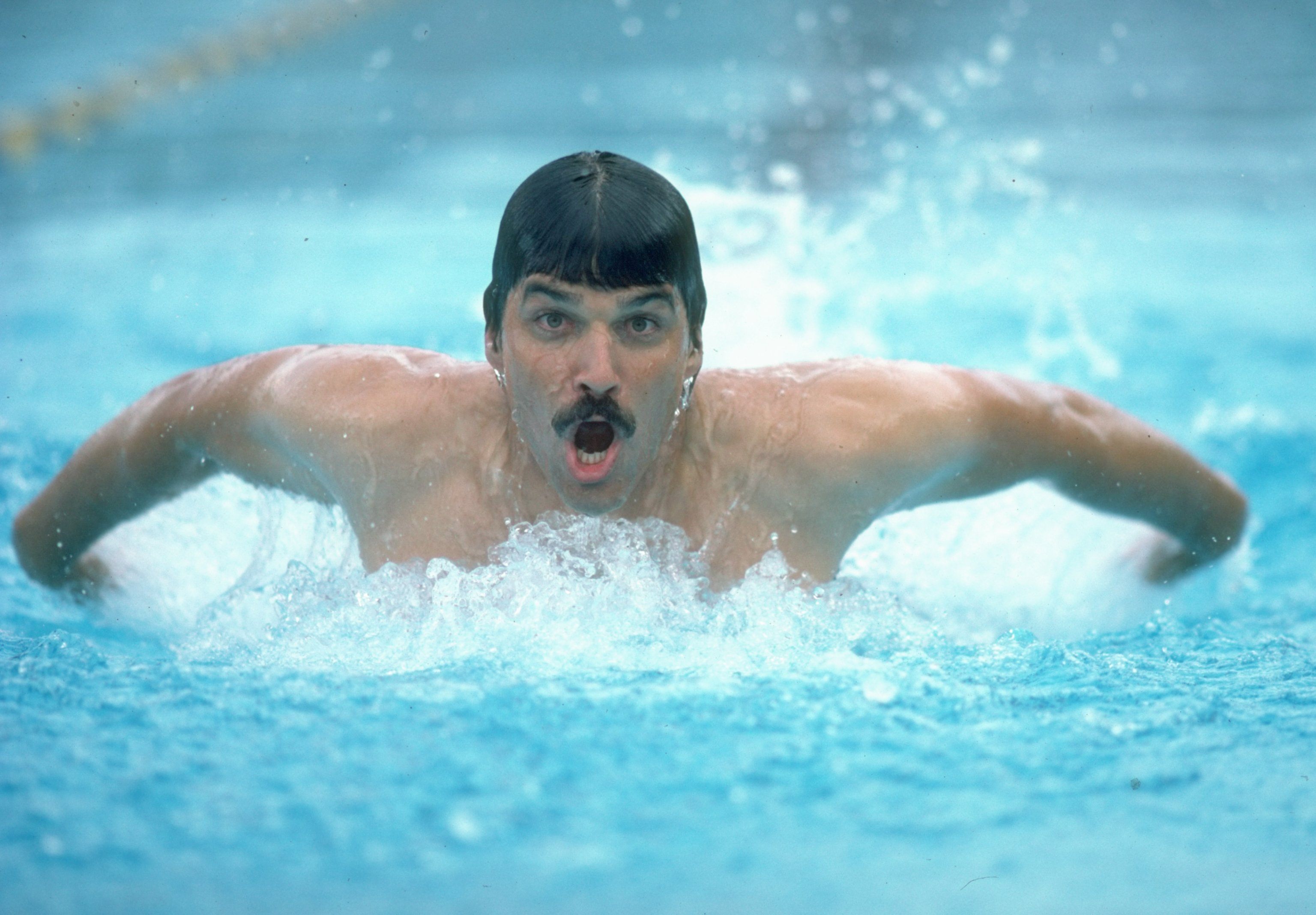 It was more his lack of uniform that was surprising. | Tony Duffy/Allsport

Swimmer Mark Spitz isn’t exactly known for his memorable uniform. Rather, he’s known for his lack of uniform. Spitz typically swam without goggles or a cap. In 1972, he won a “record seven gold medals across individual and team competitions, with all seven times setting world records,” according to Biography. 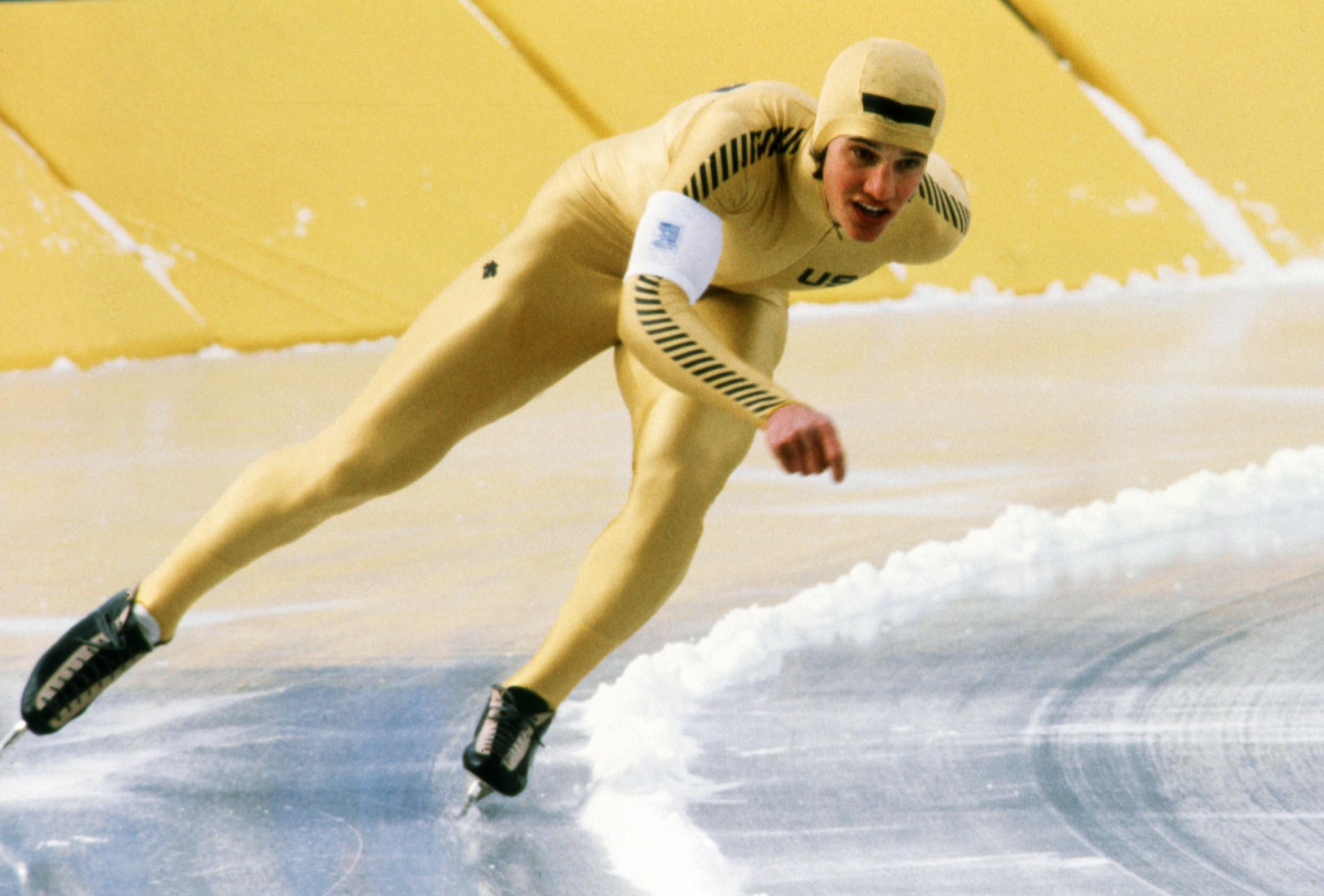 He definitely went for the gold. | AFP/Getty Images

In 1980, speed skater Eric Heiden skated to victory wearing a gold suit. Heiden is considered to be the greatest speed skater, winning five gold medals and setting Olympic and world records. At the 1980 Olympics, Heiden was the only American to take home gold besides Team USA’s “Miracle on Ice” hockey team, according to USA Today. 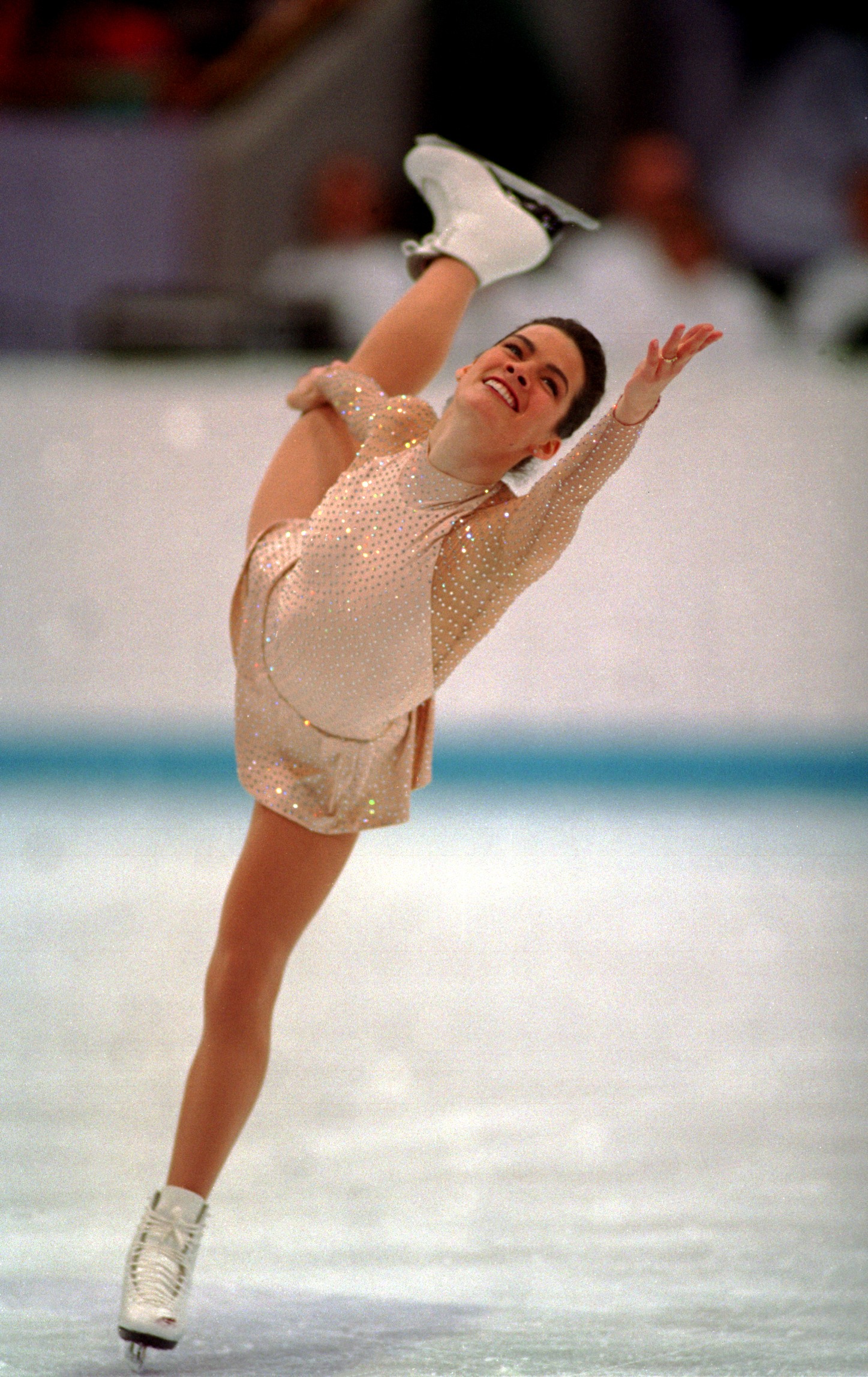 It was more the situation surrounding the event that was notable. | Clive Brunskill/Allsport

Fashion designer Vera Wang designed figure skater Nancy Kerrigan’s uniform for the 1994 Winter Olympics. The uniform was a subdued nude color with lots of sparkle. “This is more pressure than an Oscar dress in a strange way,” Wang told the Associated Press. At the Olympics, Kerrigan took home silver, according to Good Housekeeping.

Hint: This figure skater’s medal is on display in a museum. 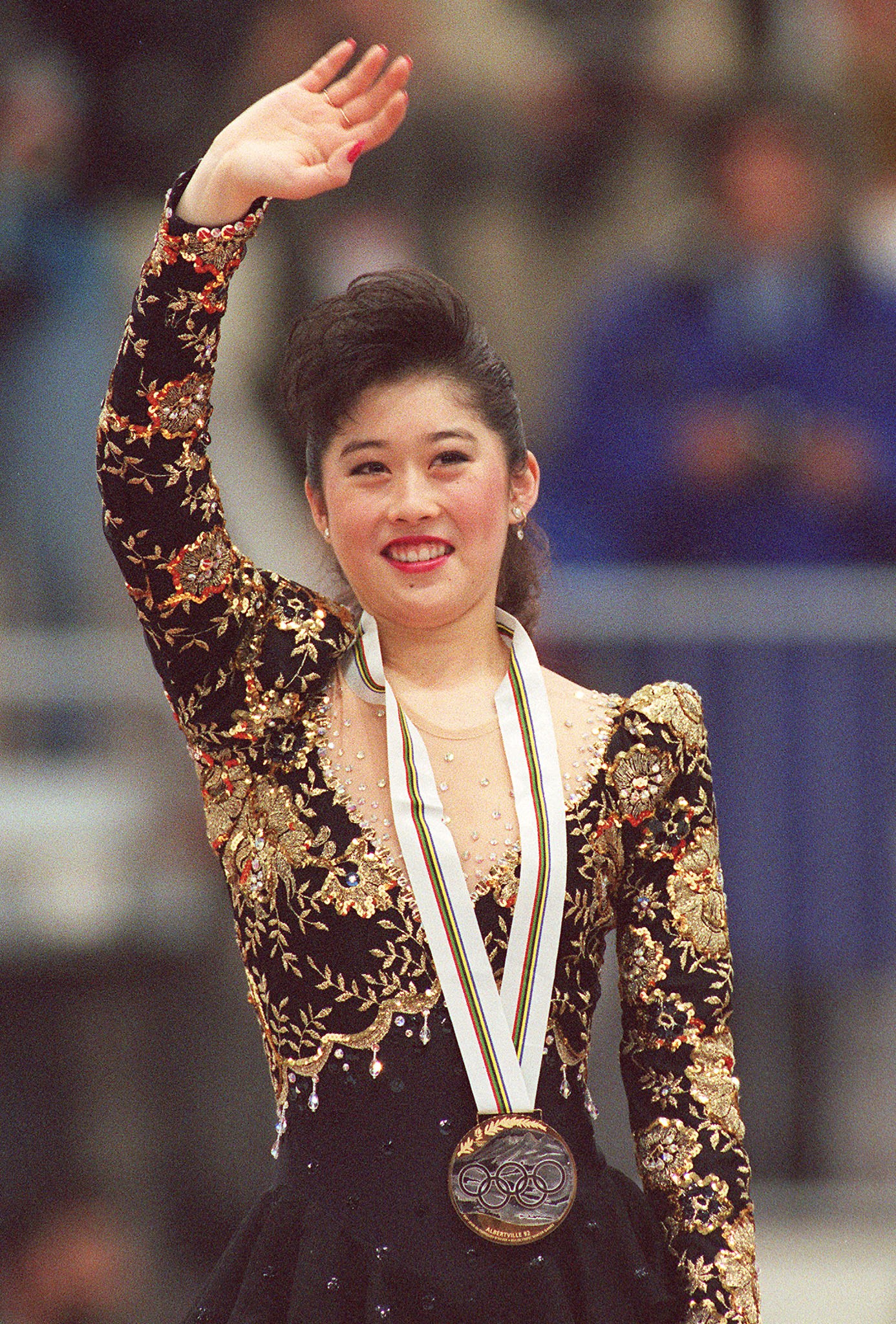 She gave her medal to a museum. | Eric Feferberg/AFP/Getty Images

Figure skater Kristi Yamaguchi skated to victory in the 1992 Winter Olympic Games, wearing a black and gold embellished uniform. But she didn’t keep her gold medal, according to the Huffington Post. “I probably wouldn’t want to just throw it in this pile here, so the Olympic medal is in Colorado Springs at the U.S. Figure Skating Museum and Hall of Fame,” Yamaguchi told the Huffington Post. “It’s in good hands.”

Hint: One of the most memorable uniforms is one piece of clothing. 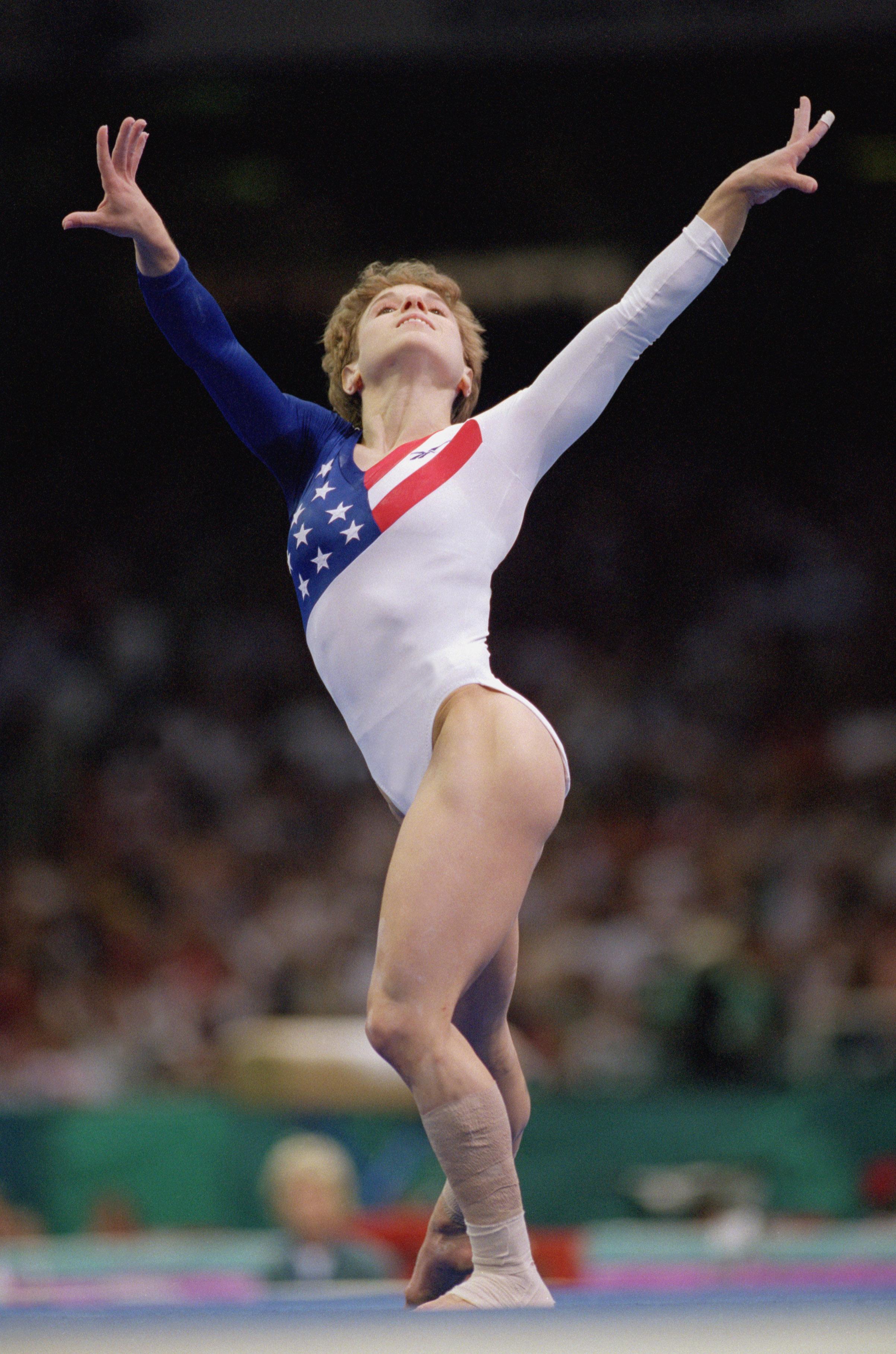 Her patriotic uniform and her performance went down in history. | Doug Pensinger/Getty Images

One of the most memorable uniforms ever worn by an American Olympic athlete was the leotard gymnast Kerri Strug wore at the 1996 Olympic Games. Her patriotic leotard combined with her extraordinary performance made her time at the Olympics so memorable. She famously earned Team USA an all-around gold medal by competing on an injured ankle, according to Good Housekeeping.

Hint: Real gold was part of this athlete’s uniform. 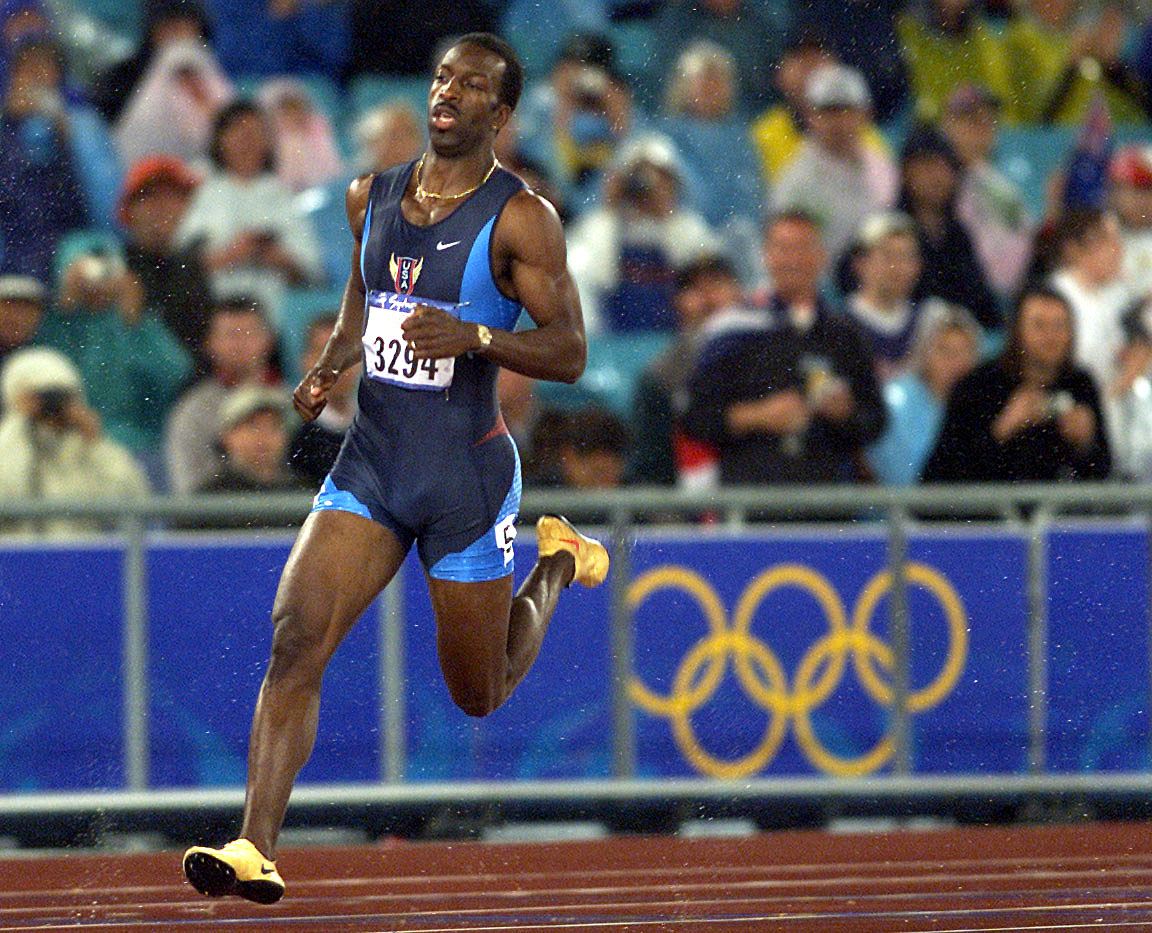 He became known as the “man with the golden shoes.” | Hamish Blair/Allsport

Sprinter Michael Johnson donned gold Nike shoes during the 1996 Olympics. He said he was going to win gold in the 200-meter and 400-meter races, according to the Bleacher Report. And he went on to win gold in both events. Then and there, Johnson became known as the “man with the golden shoes” and later wore shoes woven with actual 24-karat gold, according to Good Housekeeping.

Hint: This figure skater is known for her simple and classic taste in uniforms.

In 1998, figure skater Michelle Kwan, competed in a simple uniform while her competitors were skating in elaborate designs. For the Olympic Games, Kwan worked with Vera Wang to create her look. “I preferred a simple, elegant look,” Kwan told W magazine. “I didn’t want to distract the beauty of what was on the ice.”

Read more: The Cool Gear Nike and Ralph Lauren are Supplying to the 2018 Olympic Team