The Perfect Place to Find a Classic Wardrobe 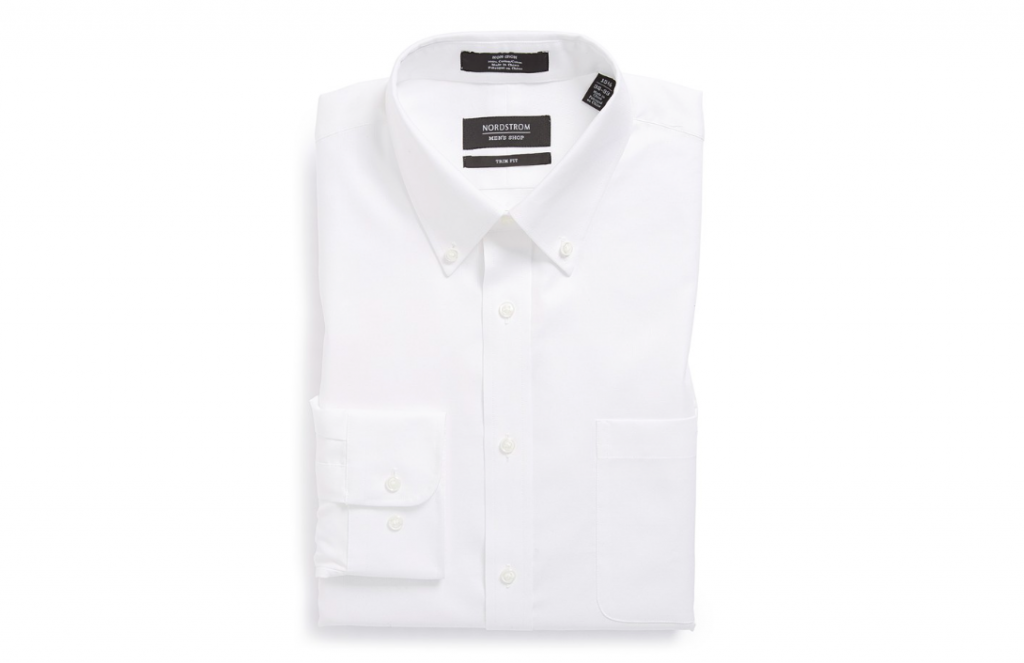 If you’re like the average mall-going guy, you’ve probably walked into Nordstrom to look for a sweater, shop a shoe sale, or browse the latest collection from your favorite designer — all without really knowing much about the department store. It’s just a department store, right?

Well, it turns out that Nordstrom is a little more than your run-of-the-mill department store. It’s been around for more than 100 years, much longer than some of the other names that you associate with classic men’s style. And in that time, Nordstrom has been passed down through generations of the original founder’s family, and has grown into a destination not just for an impressive array of designer collections, but for its own collection of classic men’s clothing, which is a one-stop shop for all the foundations of a versatile wardrobe.

It all started in 1887, when John W. Nordstrom left Sweden for the United States. He was just 16 years old, and arrived in New York with $5 in his pocket and without any knowledge of English. He worked his way across the United States by laboring in mines and logging camps, and in 1897, he went to Alaska and the Klondike in search of gold. He returned to Seattle two years later with a $13,000 stake and partnered with shoemaker Carl F. Wallin to open a shoe store, called Wallin & Nordstrom, in 1901 in Seattle.

The brand grew, and in 1923 the partners opened a second store in Seattle. When Nordstrom retired in 1928, he sold his share of the company to two of his sons, and when Wallin retired in 1929, he also sold his interest to the Nordstrom sons. A third Nordstrom son joined the team during the Depression in 1933, the year when an accountant reportedly told them that the business was worthless.

Nonetheless, Nordstrom thrived, and the three brothers built the company into the largest independent shoe chain in the United States. But it soon expanded beyond shoes, acquiring Seattle-based clothing store Best Apparel in 1963 and Portland fashion retailer Nicholas Ungar in 1966. In the late 1960s, the company was turned over to the third generation of the Nordstrom family, and in August of 1971, it went public. It continued to expand, opening Nordstrom and Nordstrom Rack stores across the United States, eventually opening its website, and expanding orders to ship overseas. The company currently operates a total of 323 stores in 39 states.

Today, you can shop an impressive assortment of designer collections at your local Nordstrom or online. But the company also makes its own line of classic men’s clothing — a collection that can form the foundation of any modern man’s wardrobe. So we’ve compiled a shortlist of our favorite pieces from Nordstrom’s own labels, ones that will mesh well with your existing wardrobe, whether you favor preppy sweaters and rich colors, or minimalist silhouettes and muted tones. 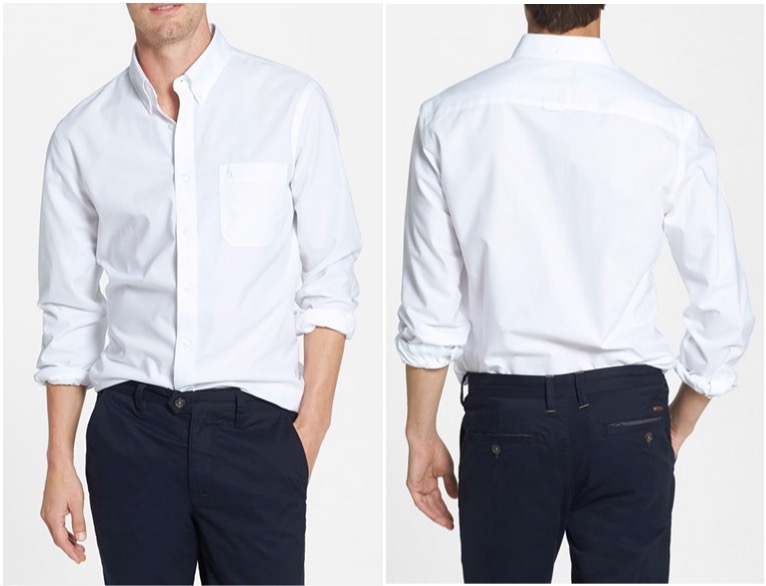 A great place to start, whether you’re just building a work-appropriate wardrobe or whether you’re revamping it for a new season or a new year, is with a high-quality Oxford shirt. The trim-fit sport shirt from the Nordstrom Men’s Shop is constructed of 100% cotton, and is offered in a classic white that will look just as good with your favorite suit in the office as it will with a pair of rigid jeans on the weekend. 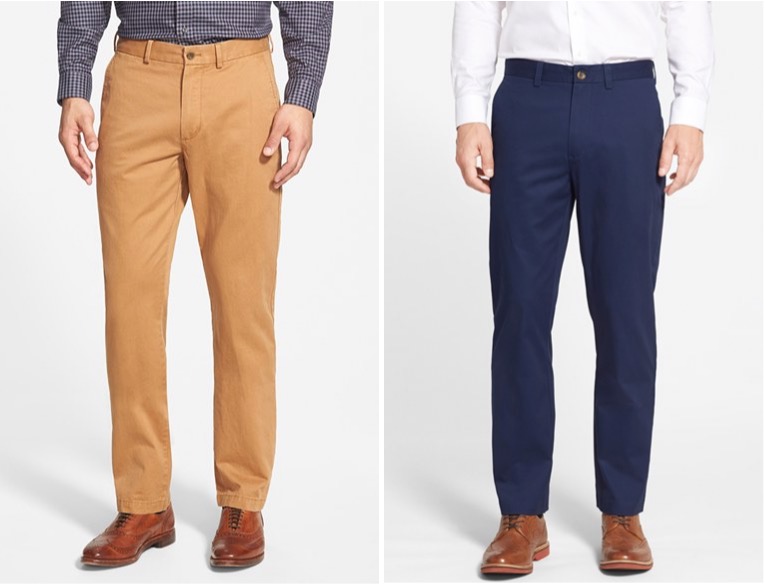 Another great piece that should be a staple in your wardrobe — whether for the work week or for weekends — is the perfect pair of chinos. A great candidate is Nordstrom’s straight leg chinos. The cut is simultaneously flattering and comfortable, and the chinos are offered in a wide range of sizes and inseams to help you find your perfect fit. Select from a range of versatile colors in a wrinkle-free or washed finish to find a pair that’ll work year-round. 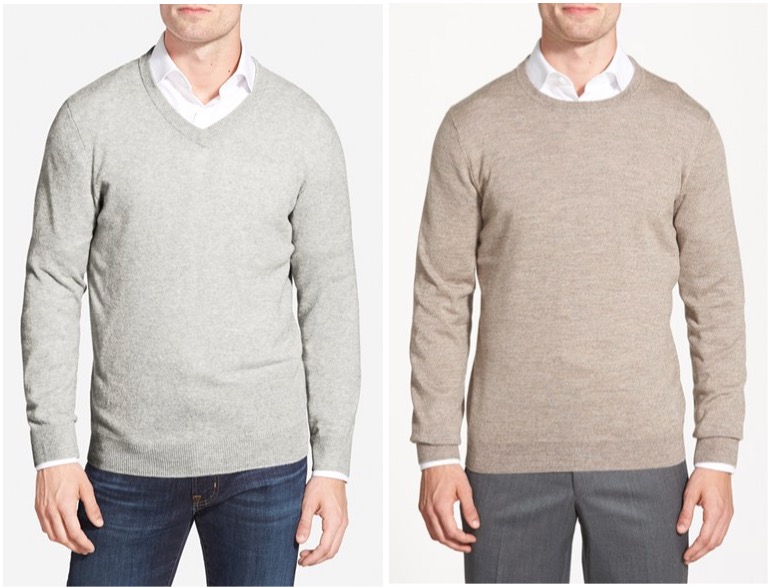 If you’ve still got some long, cold months ahead of you, then it would be wise to stock up on lightweight but warm layers that help you get more mileage out of the clothes you already have and wear everyday. Add a versatile sweater, like a cashmere v-neck or a merino wool crewneck, to layer over dress shirts or tee shirts. Choose from classic shades like navy, black, charcoal, oatmeal, heather grey, or even red. 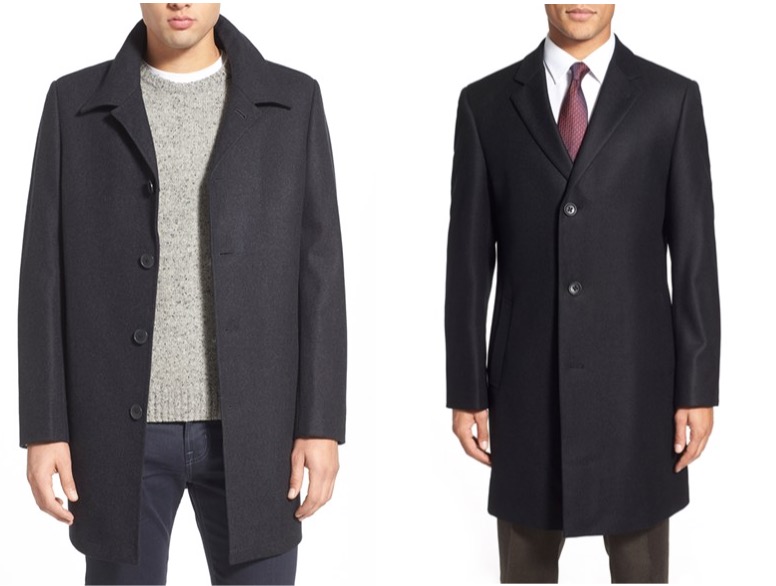 Guys living in particularly cold areas should always have a versatile coat, and Nordstrom offers several options for shoppers who want a a classic style that won’t break the bank. The brand’s wool-blend car coat is a great option that layers equally well with a suit and tie or with a pair of jeans and a warm sweater. For an even dressier option, go for the wool-twill topcoat, which features a notched lapel and a three-button closure. 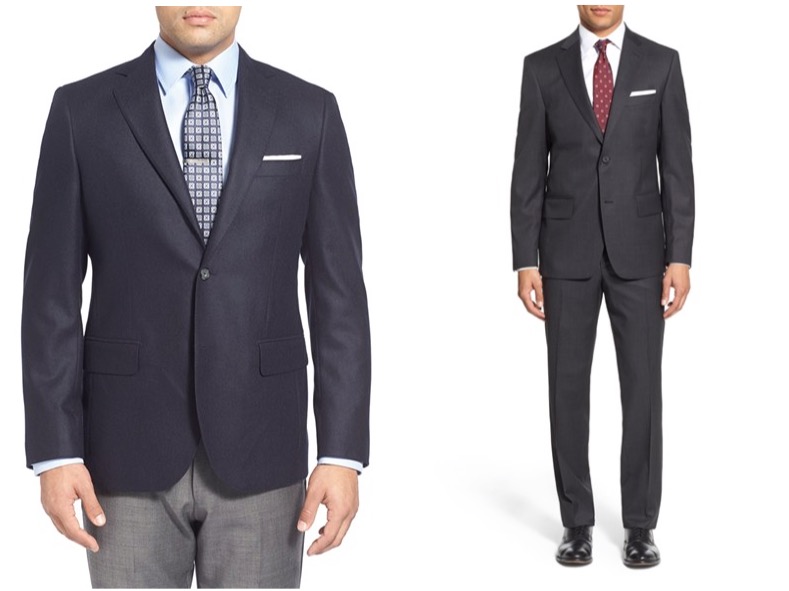 Finally, what piece of menswear is more classic than a great suit? Join the generations of working men who’ve been outfitted in suits by Nordstrom and other American clothiers with a classic suit, like Nordstrom’s dark checked wool suit or its solid wool blue suit. Or, if you’re looking for something to mix and match with the trousers you already have in your wardrobe, consider the herringbone wool sport coat or the luxurious cashmere sport coat from the brand’s high-end John W. Nordstrom line.