The Problem With Google’s Android One Phones 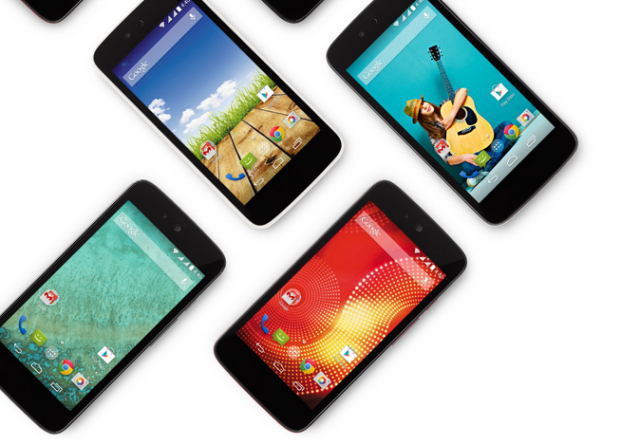 Google announced its Android One line of cheap smartphones, intended for buyers in emerging markets, last September. At the time, the company touted the initiative as the fix to bring “the next five billion” users online, with its promise of low-cost hardware, the latest version of the Android operating system, and the full complement of Google’s mobile software.

As Mark Bergen reports for Re/Code, Android One was counted among the many efforts to spread Internet access globally, and was seen internally as an attempt to avoid “another China,” where Android is popular but typically comes without access to Google’s service. It was also seen as a hedge against Facebook, which is becoming the gateway to the Internet in many parts of the world. But so far, it’s accomplished none of those goals.

Android One began with a splashy marketing push, but has been a disappointment ever since. Consumers and manufacturing partners have been reluctant to get on board. The program spread quickly, most recently reaching its seventh country, Turkey, in May. Google is expected to announce an additional OEM partner in India, which would make the 11th Android One device. Each existing Android One device runs on Android Lollipop 5.1, and Google is moving toward updating them to the next version — a rarity in emerging markets. But Google has largely failed to get those phones into the hands of consumers.

Analysts estimate that in the program’s first 100 days, about 700,000 Android One phones were shipped, mostly in India. The same number shipped in the subsequent five months. As it did in India, Google recruited national manufacturers in Indonesia and Bangladesh. But those hardware partners are still growing, and lack the muscle of larger Android phone manufacturers, like Samsung. Neil Shah, a director at Counterpoint Research, told Bergen that “Google has been able to rope in ‘local kings.’ But the competition has been even more aggressive than the Android One phones. The sub-$100 retail dream and the corresponding execution didn’t go exactly as it was planned.”

Part of the problem was that Google forged partnerships with country-specific hardware manufacturers, instead of global giants. These local manufacturers were a logical target, since they are growing across Asia and are willing to adhere to Google’s requirements for Android One. But their target market, of super-cheap phones, is cutthroat and pits them against global giants like Samsung and Motorola plus newcomers like Xiaomi. To succeed, manufacturers need profit or volume. In a market where margins are razor-thin, Google’s Android One program has delivered neither.

Because Android One offers little room for innovation, thanks to its prohibition of software customizations, the best that manufacturers could hope for is volume. But the Android One smartphones haven’t gained traction in a competitive market — in part because Google’s hardware partners have largely “bailed” on marketing the devices. Source familiar with Android One’s launch in India told Re/Code that Google failed to assemble a viable strategy to sell the phones, and most phones sold in India and in similar markets are sold in small, rural retail outlets. Google’s decision to delay offline sales for three months also upset retailers.

Google seems to have failed to foresee its marketing issues, as it also failed to predict the internal stress that the initiative has reportedly caused. Bergen notes that a central goal of Android One is to get more devices running on the latest version of Android, but that necessitates the coordination of updates across all of the Android One handsets in seven different markets — a taxing and “thankless” task for Android engineers. Google is also troubled by the lack of revenue from Android, and by the challenges of getting people to use Android and the latest version of Google services. In India, for instance, many Android users turn off Google Now because it uses too much data.

But Bergen notes that it will take time for Google to encourage the mobile industry to run more current and more uniform software. That’s an ambition where playing the long game is most likely to pay off, and Bergen notes that Android One is similar to Google’s Chromebooks program. The inexpensive PCs first launched in 2011, but are just now beginning to claim noteworthy market share. It’s possible that Android One smartphones, similarly, could need several years to take hold among consumers.

But in the meantime, Google has some problems to solve with the program. The Economic Times reports that the three Indian smartphone manufacturers who initially created Android One phones have no plans to develop further devices for the platform. Micromax, Karbonn, and Spice are clearing out the stock they have at discounted prices, and Intex, Lava, and Xolo, which planned to join the program, aren’t as enthusiastic about it now.

Despite speculation that Google will discontinue the program altogether, the company says that it’s pushing ahead with the initiative. “We’re not backing away from the programme,” Caesar Sengupta, vice president of product management at Google, told the Times. “We’ve learnt a lot from the initial round with our partners and they have learnt in terms of device availability, in channel and others. Over time, as we work with our partners, we will keep working on making sure that we do things much better.”