7 Things Everybody Lies About on the Internet 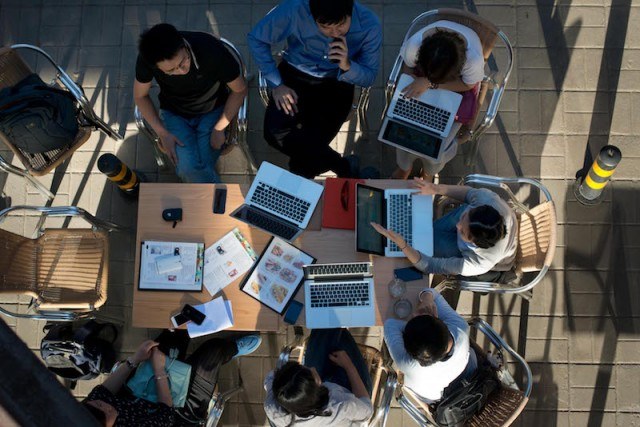 From Facebook to Tinder, there are plenty of places online where people can and do lie about themselves. Researchers have found that it’s particularly common to lie on online dating profiles, where as many as 80% of users lie a little bit, particularly about their appearance. Users of online dating sites and apps tend to lie about their more positive physical qualities, which they exaggerate marginally to increase their chances of attracting interest from potential partners.

But it’s not just on Match.com or Tinder that people lie. Lies are also common on Facebook, on Instagram, and on all of the social networks and apps that people use to connect with others in some way. And a desire to make oneself look more attractive isn’t the only motivation for lying online. A Consumer Reports survey found that 25% of respondents falsified information on their Facebook profiles to protect their identity. In fact, plenty of advice columnists (and people who are skeptical about human nature) note that it may be wise to assume that everybody on the internet is lying about everything until you have proof that indicates otherwise.

So, what kinds of things do people lie about on the internet? What sorts of lies have become so routine that you’ll want to take related claims with a grain of salt? Read on to check out a few of the things that just about everybody lies about on the internet. You may never look at your social media friends or your dating matches the same.

People lie about a lot of things online, including their basic biographical information | iStock.com

Rebecca Greenfield reported years ago for the Atlantic that there are many lies you can get away with on Facebook (and a few lies that you can’t). Facebook won’t let you lie about your name thanks to its real-name policy. The social network also makes it pretty tough to lie about your email address, unless you want to create a fake email account, which, nonetheless, can likely be linked to you.

But on Facebook and on other major social networks, there are plenty of basic pieces of biographical information that you can get away with lying about. You can use any photo you want on your profile. You can lie about your interests, about the languages you speak, or about where you live, where you were born, where you work, and where you went to high school or college. You can also lie about your religious views or political views, which can make for some good jokes.

And on dating sites, plenty of people lie about how much money they make or even whether they’re actually still married. People think that they can get away with all kinds of lies online — and they often do if the people who interact with them aren’t at least a little bit skeptical.

Surprisingly enough, people lie about their interests not only in dating apps, but also on major social networks | Anthony Wallace/AFP/Getty Images

Kashmir Hill reports for Forbes that Facebook users who are most dedicated to fooling Facebook to preserve their privacy take it upon themselves to create “a false-information security system.” By making up life events and falsifying information about their experiences, their religious beliefs, and their relationships, or adding random interests to their profiles, Facebook users can tell the social network “just enough lies as to destroy the value and compromise Facebook’s ability to sell you.”

Kids and adults alike lie about their ages and birthdates online | Source: iStock

People lie about their age just about everywhere on the internet. People fudge their birthdate to make themselves look younger on online dating sites, of course. (If you’re a middle-aged online dating user, don’t be surprised if you match with at least a few people who aren’t being entirely truthful about their age.) You should also be aware that some of the college friends you’ve reconnected with on Facebook are probably fibbing about exactly how old they are. But it’s not just middle-aged internet users who lie about their age online.

Plenty of young people lie about their age, too. For instance, many children sign up for a Facebook account before they’ve reached the required 13 years of age. The Guardian reports that as many as 80% of children lie about their age to use sites like Facebook. And it’s safe to bet that plenty of underage college students have fibbed about their age to look 21 before they’re really legal. You should never trust that anybody on the internet is being truthful about their age. So if that’s a detail that really matters, you’ll want to verify it in real life before trusting the age on someone’s Facebook profile.

People pretend that they’ve read articles and news stories online, even when they haven’t | iStock.com/imtmphoto

You’ve probably had the experience (usually at a cocktail party or dinner party) of mutely nodding while people discuss a book you’ve never read, or a film that you’ve never watched. But that happens even more often, and to even more egregious degrees, on social networks like Facebook. As Karl Taro Greenfeld reports for the New York Times on the phenomenon of faking cultural literacy, “It’s never been so easy to pretend to know so much without actually knowing anything.”

You need only take a cursory look at your Facebook News Feed to realize that people routinely comment on articles that they’ve never read, weigh in on films that they’ve never watched, talk about books that they never finished, or offer their ill-informed opinions on the scandalous headlines attached to news stories that they haven’t even bothered to click on. Many Americans do nothing more than skim news headlines — but that doesn’t stop them from offering their opinions on the article or subject at hand despite their decision to avoid the act of reading.

Greenfeld notes how we feel the need to pretend that we’ve been keeping up-to-date with popular stories and news:

Whenever anyone, anywhere, mentions anything, we must pretend to know about it. Because we spend so much time staring at our phones and screens, texting and tweeting about how busy we are, we no longer have the time to consume any primary material. We rely instead on the casual observations of our “friends” or the people we “follow” or, well, who, actually?

According to Chartbeat’s CEO, there’s no correlation between the number of times that a piece of content is shared and the amount of attention an average reader will give that content. When somebody posts about or comments on a news story on Facebook, it’s safer to assume that they haven’t read it than to think that they have.

People do their best to look attractive online, even if that means doctoring their photos | iStock.com/cyano66

People on every social network edit and Photoshop their photos — and lie about it no matter how obvious it is that the photos have been doctored. Some people post Instagram photos with the hashtag #nofilter, even when the photos have very clearly been run through an enhancement app or have had at least one filter applied on top of them.

Other people Photoshop their Facebook profile photos. In the process, they usually end up showing off their poor Photoshop skills, and betraying exactly which parts of their appearance they’re insecure about. Few people pretend that they don’t choose their most flattering photos to share on their social media profiles. And just about everybody knows which angles and what sort of light make for the best-looking selfies and photos.

It’s safe to assume that just about everybody you interact with online is showing off their best side in their photos. And it’s also safe to imagine that at least a few of them have had the help of Photoshop, or at least a selfie-enhancing app, to look their best on the internet. It’s no secret that people lie about their height, weight, and body type on dating sites, so it probably shouldn’t surprise you that people aren’t entirely honest with their photos, either.

6. How great their life is

People lie about what they’ve read so that they look smarter. They lie about the ways they enhance their photos so that they look more attractive. And they also lie about how great their life is to look more successful and more interesting than they really are. People don’t post Instagram photos or write Facebook posts about the parts of their lives that are boring or aren’t going well. Deliberately or subconsciously, we all curate what we post on social media in order to create a specific image — an image that we usually want to look flattering, positive, and attractive.

People tweet that they’re out on the town when they’re actually hanging out at home. They embellish the details of their vacations, and make their jobs sound more exciting than they actually are. They tell those white lies because they’re worried that other people think that they’re boring, or because they want to impress their friends and acquaintances, or even because they’re jealous of all the fun that other people seem to be having, according to their social media profiles. They also opt not to share the bad things that are going on in their lives.

By lying about how things are going, or exaggerating their successes and downplaying their failures, people lie to others and to themselves. It’s relatively harmless if you consciously remind yourself that it’s happening. But if you lose sight of the fact that people post only their proudest moments and best photos on their social media profiles, you may end up feeling just a little bit boring or inadequate. Just remember that nobody’s life is really as great as it looks from their Instagram page or Facebook profile.

7. Who they really are

Though it may not be as common as the other kinds of online lies, many people do create fake profiles online | Spencer Platt/Getty Images

Given the fact that the long history of online manipulation and social media lies practically stretches back to the beginning of the internet, it should surprise no one that people lie about who they are online. Despite Facebook’s real-name policy, there are plenty of people who create fake Facebook profiles.

Alicia Eler reports for ReadWrite that there are a few reasons why people have fake profiles on the social network. Some want to keep their controversial artistic work separate from the profile where they interact with family members. Others want a profile that’s consistent with the pen name they use for blogging or publishing. Others create fake profiles for their comedy characters. And still others create fake Facebook profiles for work.

It takes only a cursory familiarity with the phenomenon of “catfishing” to worry that everybody you encounter on a dating site is using a false identity. Some people may be lying about who they are, but as long as you exercise common sense and preserve a healthy measure of skepticism, you’ll likely be in a good position to avoid putting too much stock in potentially deceptive profiles.