7 Things You Need to Remember When You Visit a Barbershop

A trip to the barber may be just another routine appointment on your busy calendar. But when it comes to maximizing your next cut, are you on your best barbershop behavior? Mind your manners with these etiquette rules for the modern man about how to appropriately behave at the barbershop — from watching the clock to keeping it clean plus the right way to leave a tip.

1. Remember that patience is a virtue

Don’t go to the barbershop in a rush. | iStock.com

Any barber worth his salt is likely a busy barber — and they also don’t rush a haircut. So, if your main hair man is running behind, do your best to exercise patience. And it’s likely not his fault anyway. His earlier appointments may have arrived late or have unexpectedly required some extra time in the chair. It’s best to allow yourself at least a 30-minute buffer before your next engagement — just in case. 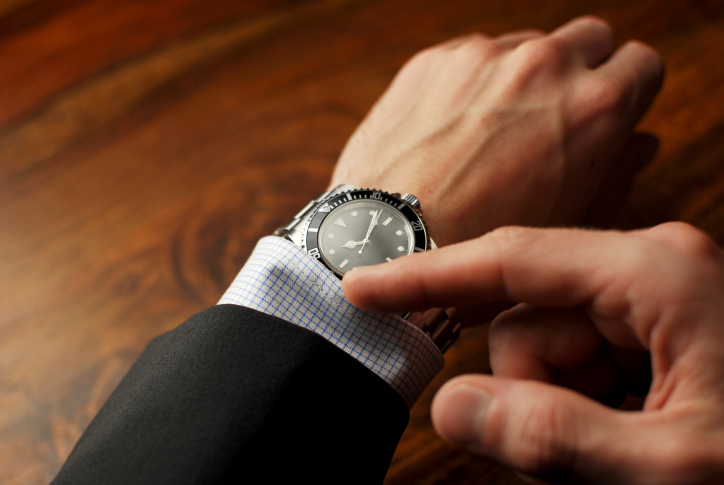 Make sure you are on time to your appointment. | Thinkstock.com

Which brings us to another important etiquette rule: Try your best to always be on time. If you are running late, call the shop and let them know. It’s common courtesy and you’ll do your part in keeping your barber right on schedule.

Wash you hair before you go to the barber. | iStock.com

Hair is best cut when it’s in a natural state — sans product. Even hat hair can negatively affect a cut because it changes the texture of your hair and creates cowlicks. Frank Sariles, Baxter of California’s resident barber couldn’t agree more. “Hat hair and/or gunk can impair your barber’s ability to cut. Coming in with a clean head of hair will be greatly appreciated by your stylist — and you’ll leave feeling like a million bucks,” he told Birthbox Man.

Make sure you don’t move a lot in the chair. | iStock.com

If you’re an expressive conversationalist, dial it back a few notches at the barbershop. Talking with your hands is fine, but watch out for head movements. You’ll make your barber’s job a lot harder if you’re nodding and bobbing your head in rhythm to the chat session. “If your barber places his hands on your head to steady it, that’s the international sign to stop moving,” J Clark Walker of Fellow Barber in New York City’s West Village told Business Insider.

As for those topics of conversation, Joey Tasca of Freemans Sporting Club’s F.S.C. Barber thinks that there’s little that’s truly off limits. “It’s a barbershop and we are guys,” he said. “At the end of the day, they’re just words and if you can’t handle it, go to a salon. One of my favorite things about where I work is the conversation with the people who come into the shop.”

Speaking of shop talk, this is not the time or place to have a phone conversation. It’s rude not only to your barber, but also to the fellow patrons at the shop. If you must have a line of communication with someone else, then text. But, if you want to develop rapport with your barber, put the smartphone away and focus on the present conversation at hand.

5. Get an attitude adjustment

It’s great to be particular about your hair, and to really care how it looks — more men should, in fact. But make sure it doesn’t translate into an unattractive, high maintenance attitude. If you’re concerned the cut is not going the way you like, say something immediately. Don’t wait until your barber is finished and ask him for a total restyle.

In that same spirit, you’re at the barbershop, not a magic show. Your barber may be known to wield a pair of scissors like a magic wand, but he’s not a magician. “Bringing an inspiration photo is always helpful,” Walker said. “But your haircut isn’t going to be a dead-ringer for the one in the photo.” Women know this better than anyone. The person in the photo may have a different hair texture and scalp quality not to mention a different facial structure. Plus, the photo may have been edited for maximum hair potential.

6. Have a little faith

Relax, there is a reason why you went to an expert. | iStock.com

Trust your barber, and don’t be a backseat stylist. As Walker put it: “Let the barber choose the tools. Don’t demand a scissor cut because you think it finishes better.” There’s a reason why you’re going to a barber, and relying on his hair expertise comes with the territory. The same goes for those inspiration pictures that you may be bringing into the shop. While it’s good to know what you want when it comes to your next haircut, your barber will likely be able to provide the best advice as to if you should, in fact, chop your hair like the model’s in the photo. 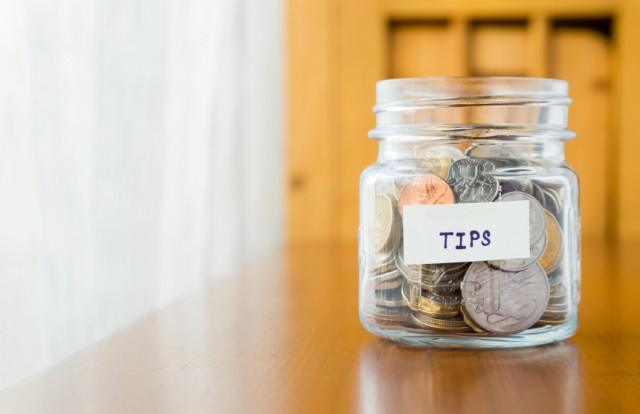 Give a good tip. | iStock.com

If you want to establish a good relationship with your barber, tipping — and tipping decently — is recommended. It’s also a way to acknowledge that you like the cut. But how much to tip? It’s better to not look at this barber bonus in terms of percentages when it comes to a basic haircut. After all, you’re not tipping the waiter at a restaurant; it’s more personal than that. So the rules are slightly different.

“To me, anything $10 and over is considered really good,” said Tasca. Want to get even more personal? Hand the tip directly to your hair whisperer rather than the receptionist, and shake hands on that solid styling session.