At some point in every woman’s life, it’s inevitable that she’ll want to make a major change to her appearance. Whether it’s triggered by a breakup, mid-life crisis, or you’re simply bored and ready to overhaul your look, it’s completely natural to revamp your aesthetic every now and then. And one of the easiest ways to change your appearance is by experimenting with new hair styles. If you’ve always had long hair, test out a pixie. If you’ve always been blonde, go black. However, please avoid these 11 hair disasters on your mission to a new appearance (we’re begging you). 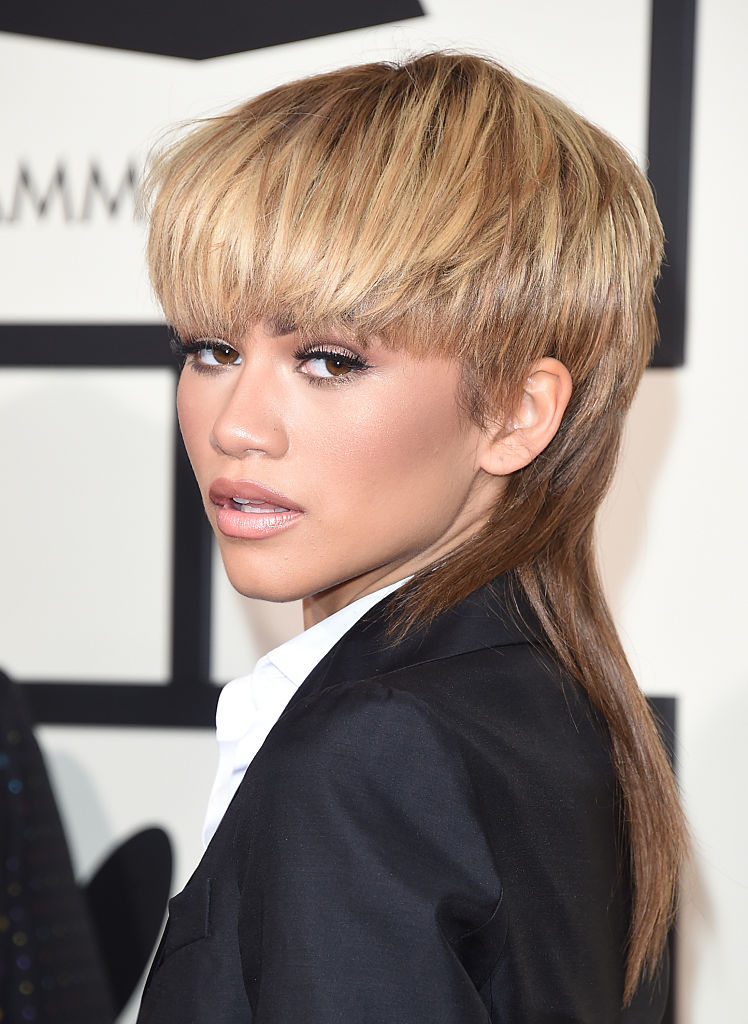 We love Zendaya, but this look missed the mark. | Jason Merritt/Getty Images

For the most part, every single thing actress and singer Zendaya touches turns to gold. However, we saw an exception to this when she styled her hair into a bowl cut mullet. The choppy layers surrounding the bowl, unblended highlights, and shaggy back were a disastrous combination. Learn a lesson from Zendaya, and avoid a bowl cut of any type! 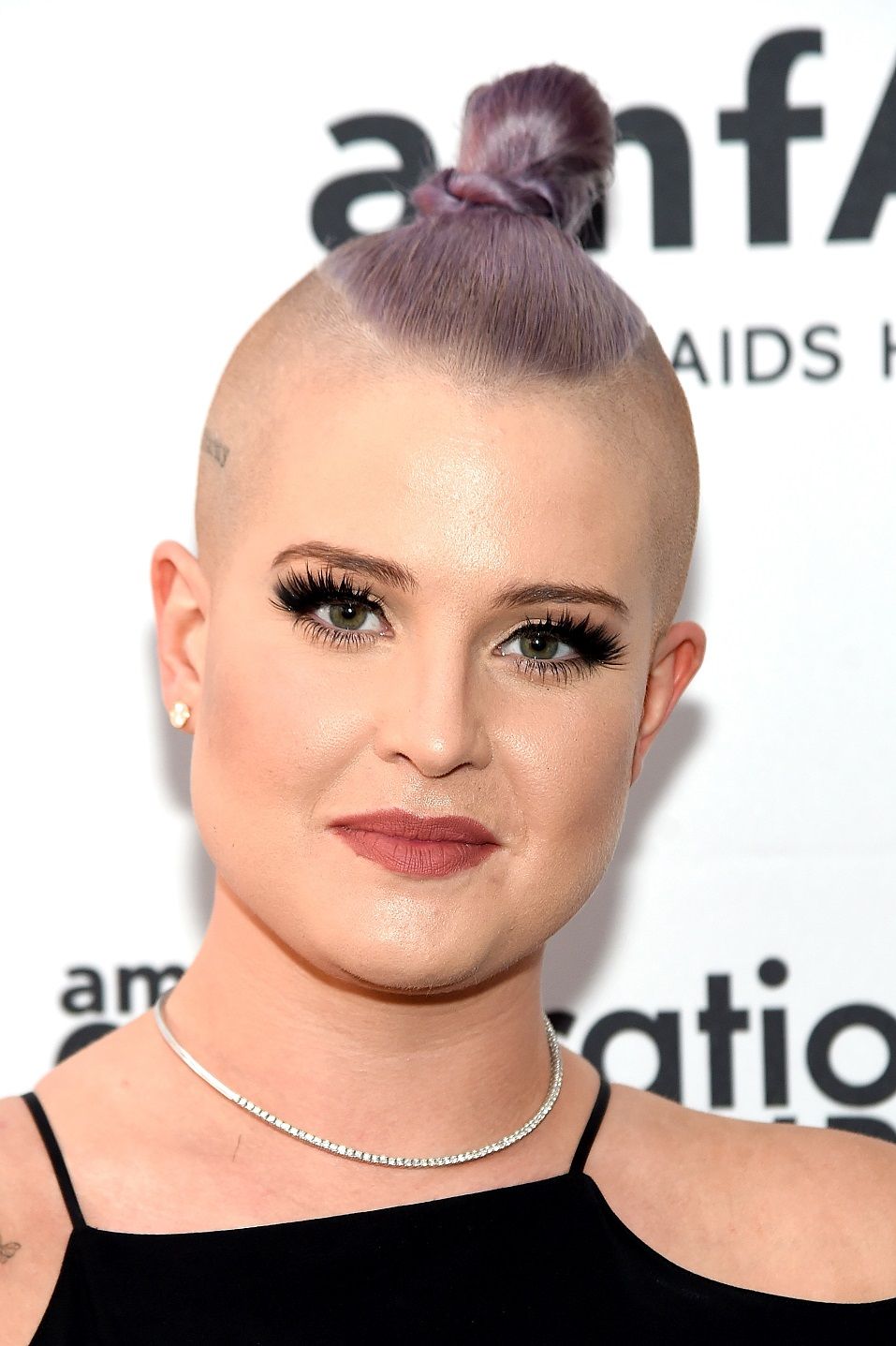 Kelly Osbourne sported a daring bun that was just too much for us. | Jamie McCarthy/Getty Images

Kelly Osbourne is known for her experimental and constantly changing looks. She’s a total hair chameleon, with some styles working decidedly better than others. Her mohawk bun, for example, is one style that didn’t do Osbourne any favors. A word of advice? If you’re interested in shaving your head, just do one half so you can still throw it to the side if you want to change it up later on. 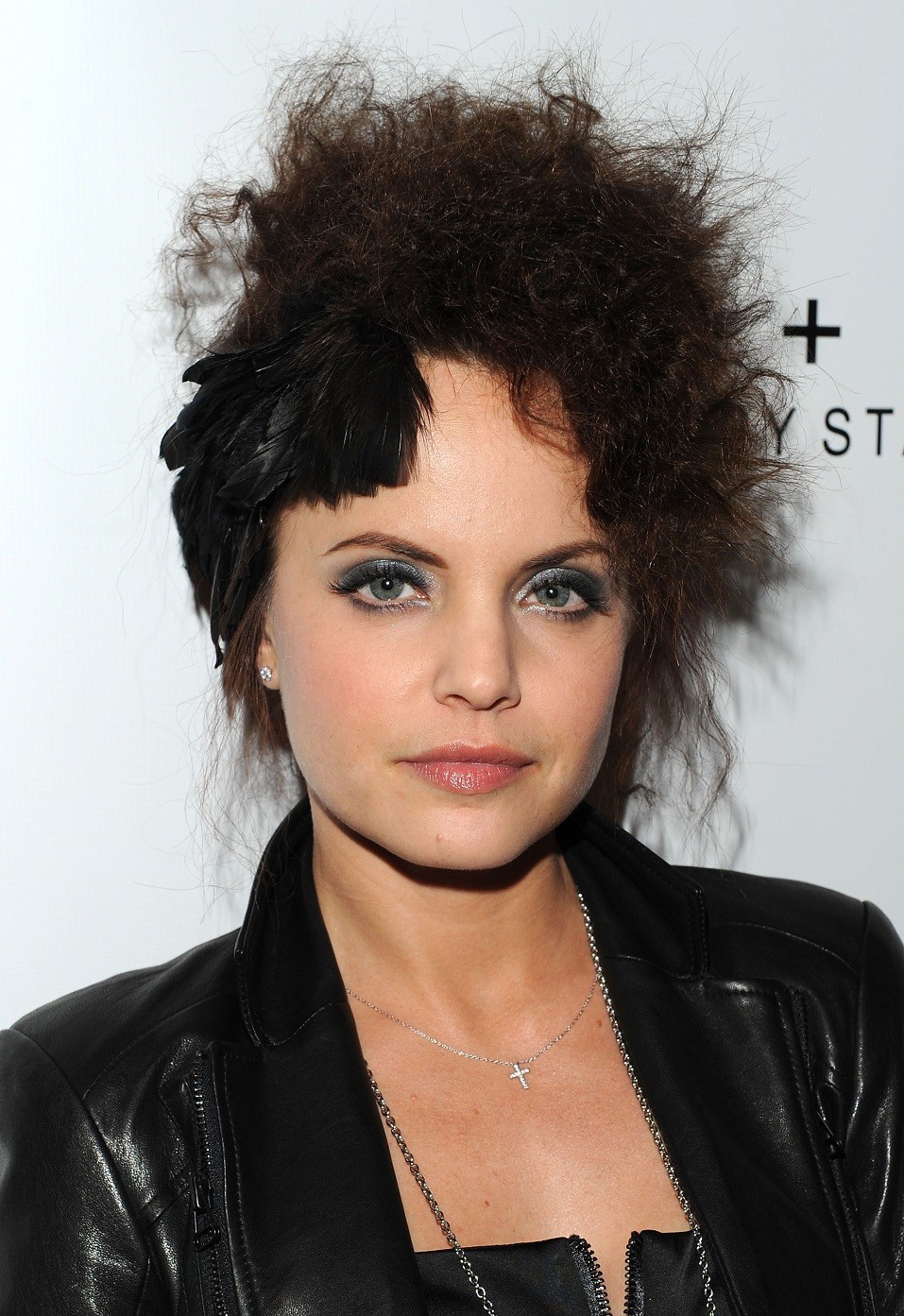 Every woman with curly hair knows the struggle of dealing with frizz when it’s humid. To avoid recreating Mena Suvari’s red carpet frizz overload, make sure to blow dry your hair using a large roller brush, straighten it with a flat iron, and most importantly, apply a hydrating and smoothing oil. 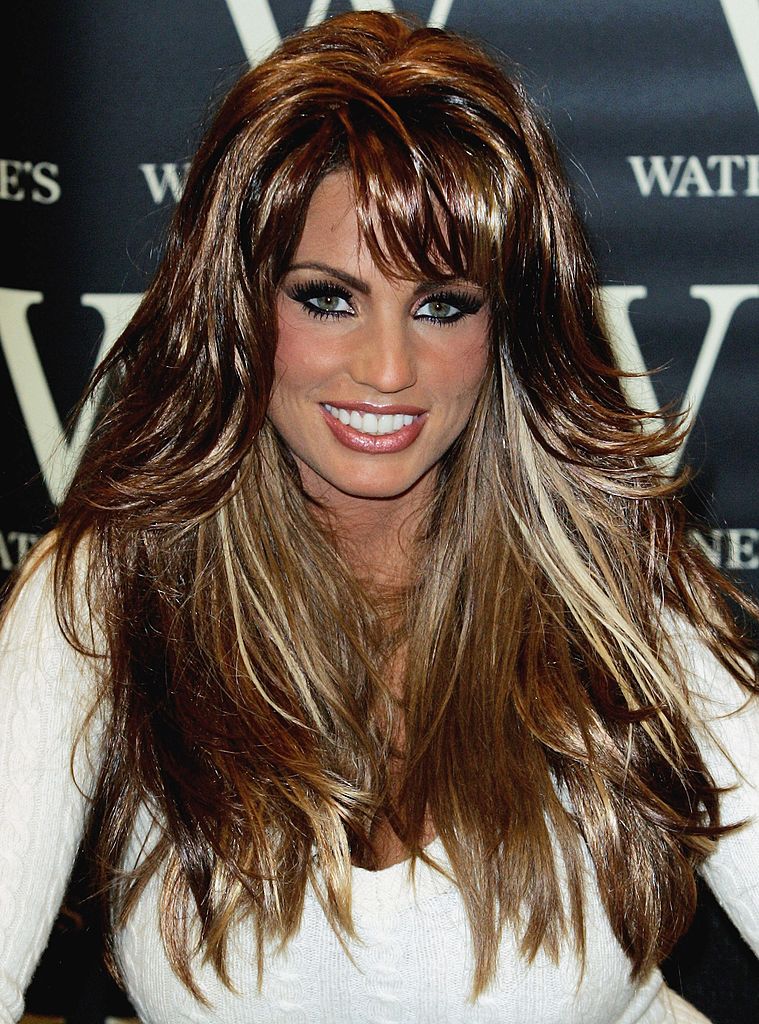 Katie Price should have opted for a more subtle contrast. | Gareth Cattermole/Getty Images

If you want to add more color to your hair, sharply contrasting streaks are the last thing you should opt for. As Katie Price unfortunately demonstrated, streaks that are more than a few shades lighter than your natural hair color will only wash you out. Balayage, a subtle ombré, or natural looking highlights are far more attractive alternatives. 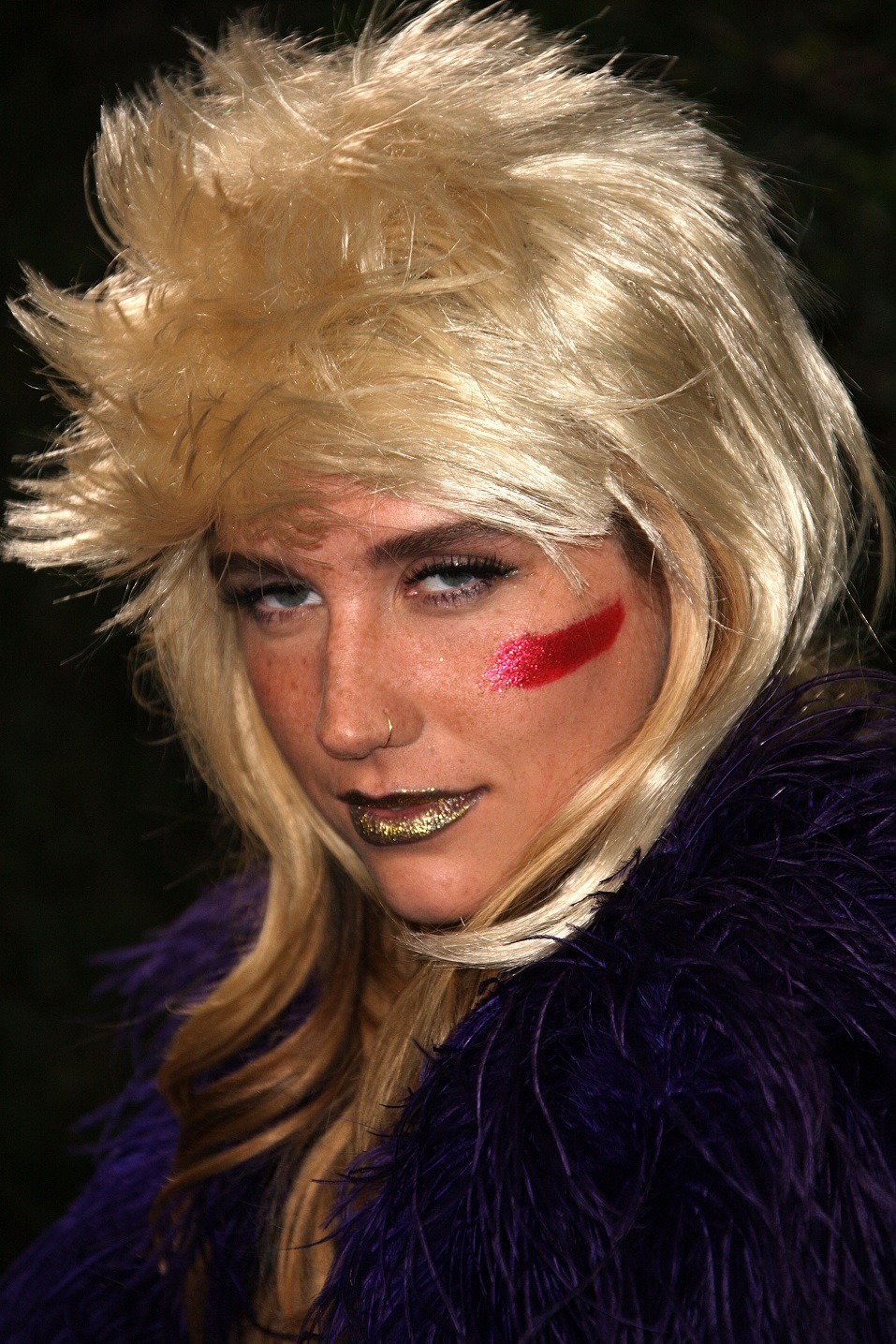 Ke$ha’s known for daring looks, but we draw the line at this hair style. | Frederick M. Brown/Getty Images

Ke$ha has established herself as the bad girl of pop music, but we think she took her rock and roll look a little too far when she displayed a full mullet at the 2010 American Music Awards. If you want to debut an edgier hairstyle, test out a choppy pixie instead. This mullet needs to stay buried in the ’80s for men and women alike. 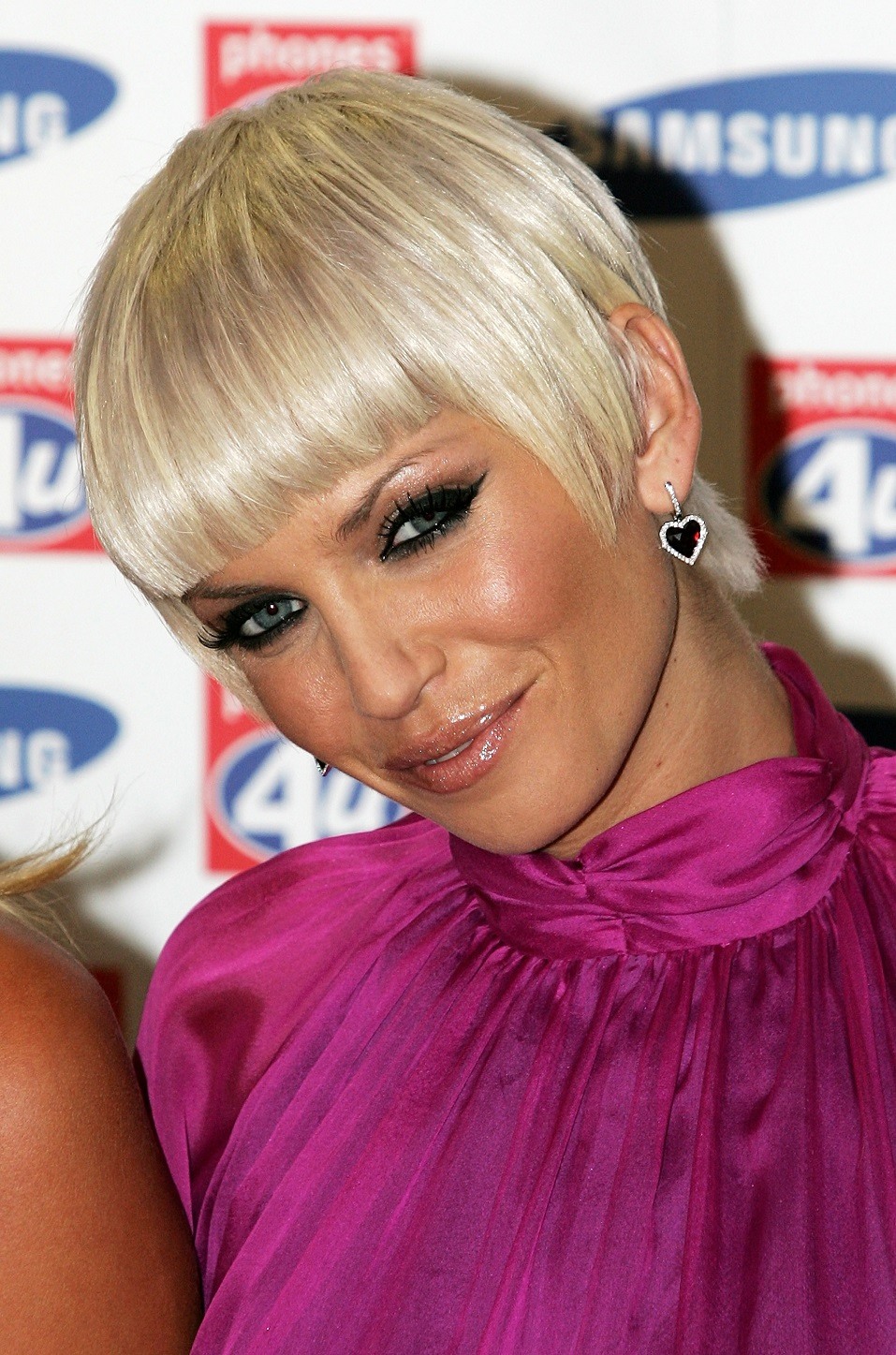 Kudos to Sarah Harding for trying something different, but this cut is pretty severe. | Rosie Greenway/Getty Images

When you think of the Star Trek movies, a fabulous sense of style probably isn’t first thing that comes to mind. As such, it’s best to avoid any Star Trek-inspired cuts. Unfortunately, Sarah Harding once made the mistake of turning her head into a Spock helmet, and you certainly don’t want to do the same. 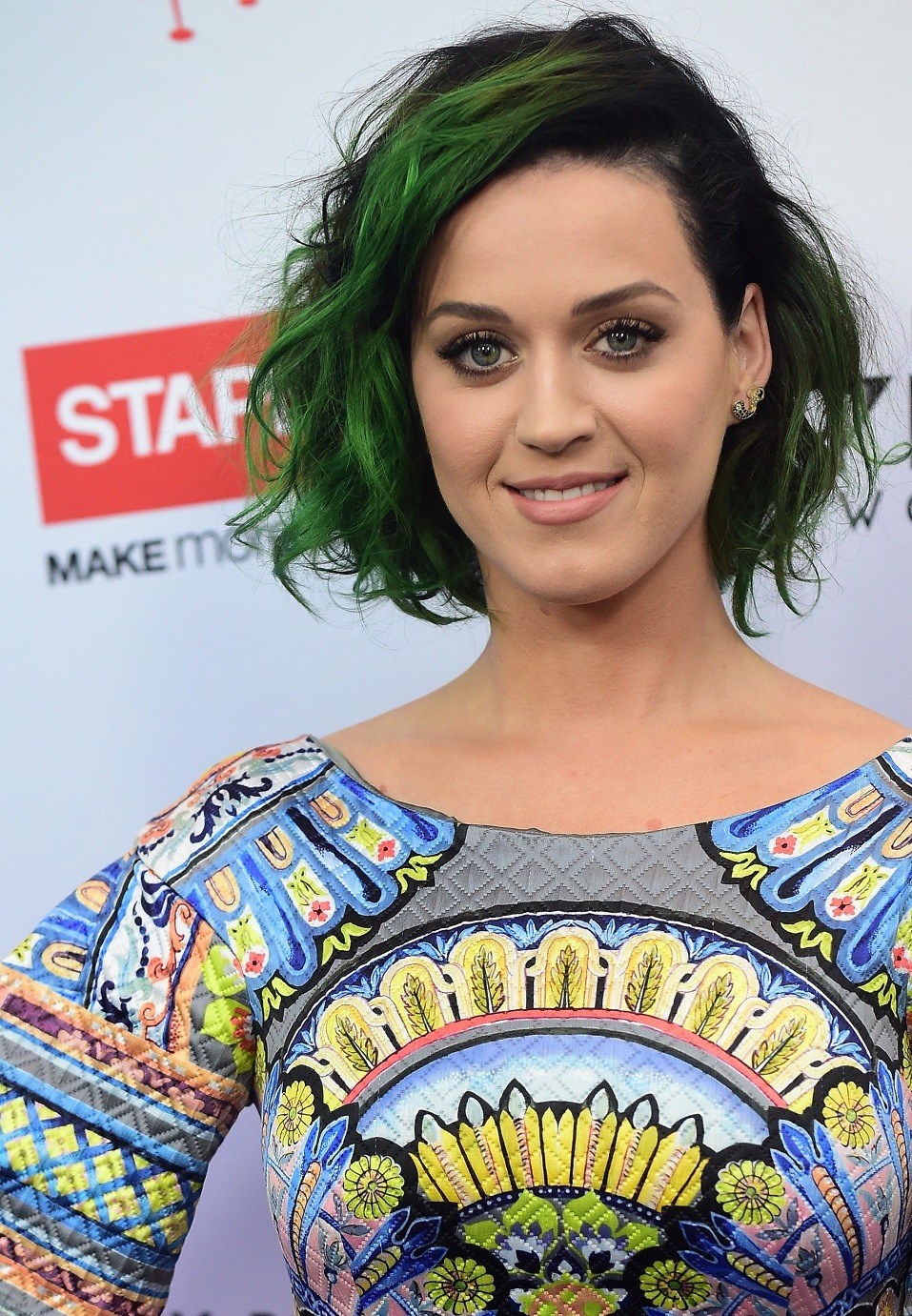 Katy Perry is a master at pulling off colorful wigs and wild hair dyes. She’s rocked bubble gum pink, baby blue, banana yellow, and a purple ombré (just to name a few). However, Perry hit a major speed bump when she tested out green streaks. This style just looked too grungy and slimy. A word of advice? Don’t go here. 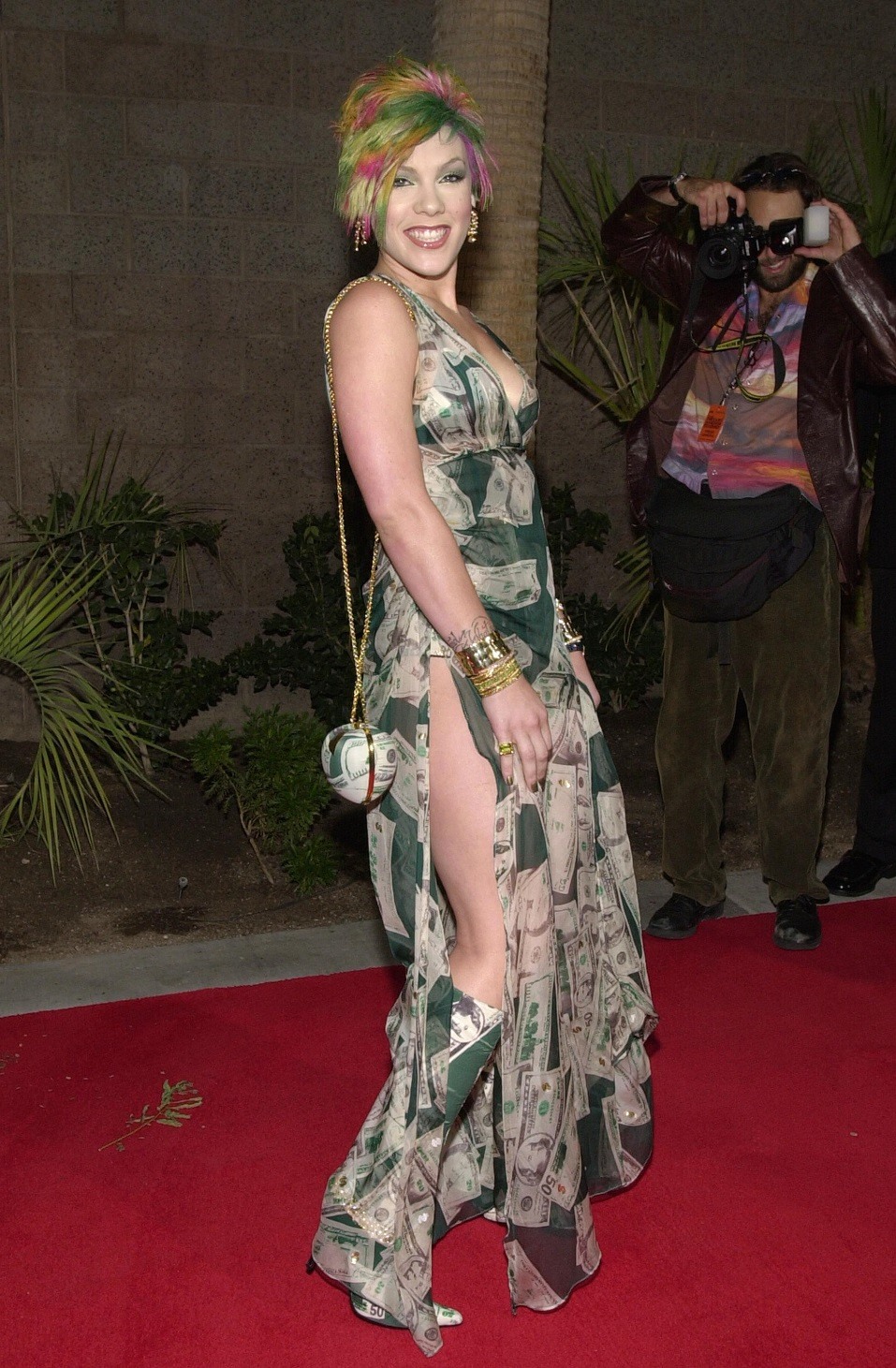 Pop star Pink takes her name very seriously, so we were all very confused to see she’d strayed from her usual hue at the Billboard Music Awards a few years ago. This peacock hairstyle, sadly, was not flattering in any way. If anything, the rainbow bob further clashed with her moss-green, money-print gown. Needless to say, we’re glad she hasn’t repeated this style since. 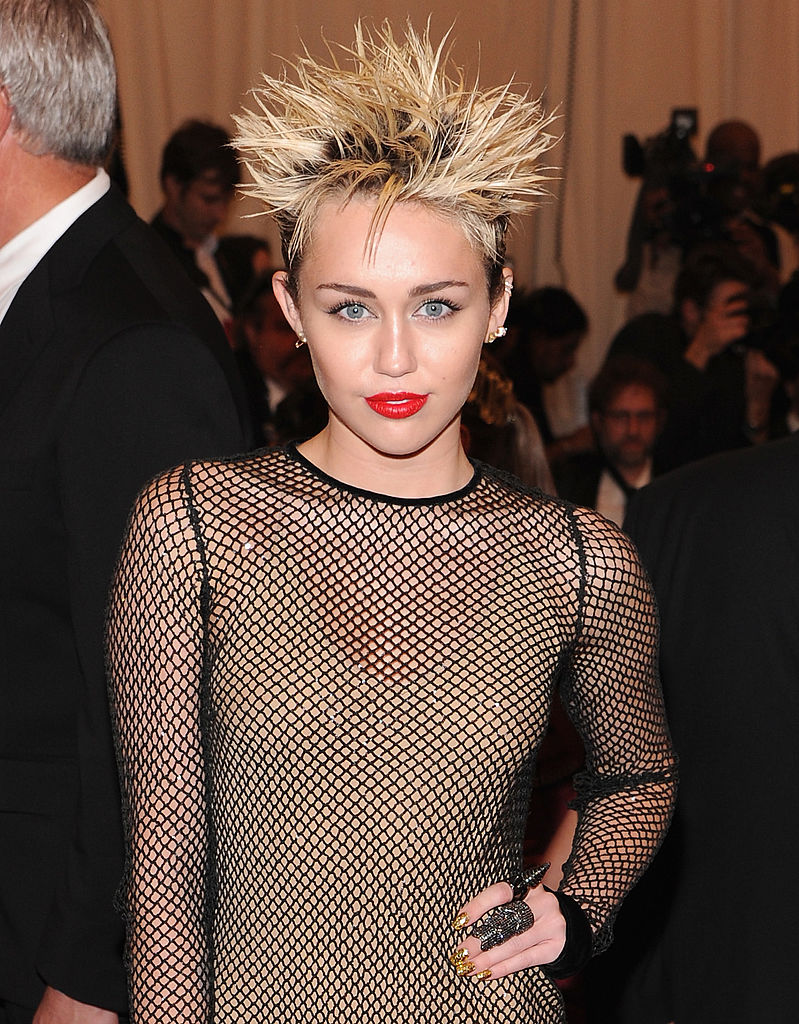 Miley Cyrus’ look was fine for a costume gala — just don’t try this one for everyday events. | Jamie McCarthy/Getty Images

As many stars are known to do, Miley Cyrus drastically changed her appearance around the time of her split from Liam Hemsworth (but don’t worry, the pair are now back together and once again engaged). At the 2013 Chaos to Couture Costume Gala, Cyrus looked like she’d stuck her finger in a power socket. If you’re interested in replicating her spikes, remember this electrocuted hairstyle is best suited for Halloween. 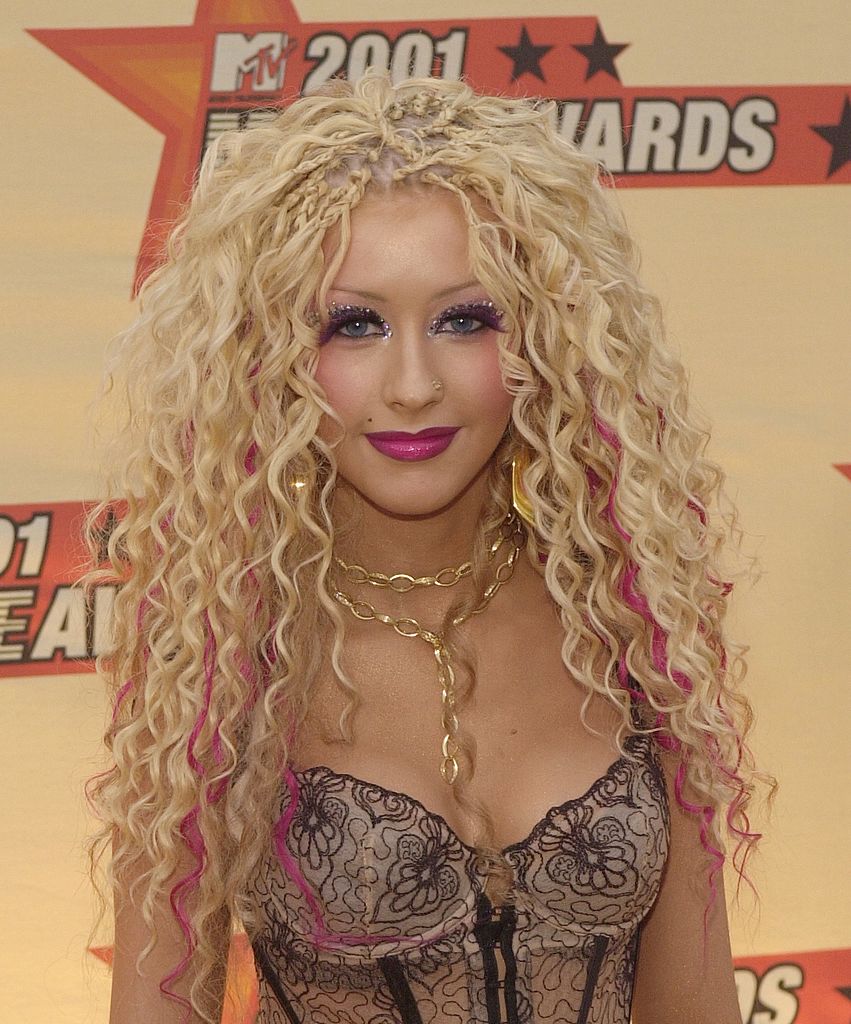 Christina Aguilera certainly made a statement with this hair style. | Chris Weeks/Getty Images

The ’90s were not the most polished or refined era for Christina Aguilera. Although the pop star today looks as classic and glamorous as Marilyn Monroe, we’ll never forget the eccentric hair styles she displayed during her early career. The dreads were a low point, and her pink-streaked perm was just as bad. If you’re looking for curls, go for soft and loose waves instead of tight ringlets. 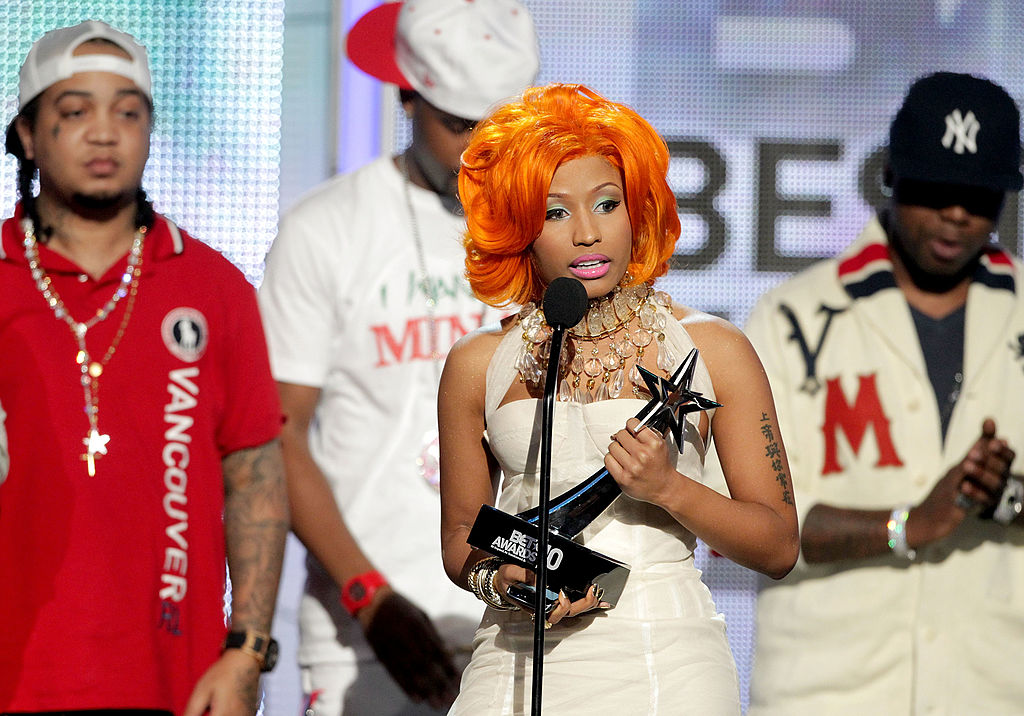 Nicki Minaj loves a good wig, but we were all pretty confused by her choice of flaming orange hair at the 2010 BET Awards. Minaj may have taken her inspiration from the Flintstones, which is never a good look outside of a costume party.