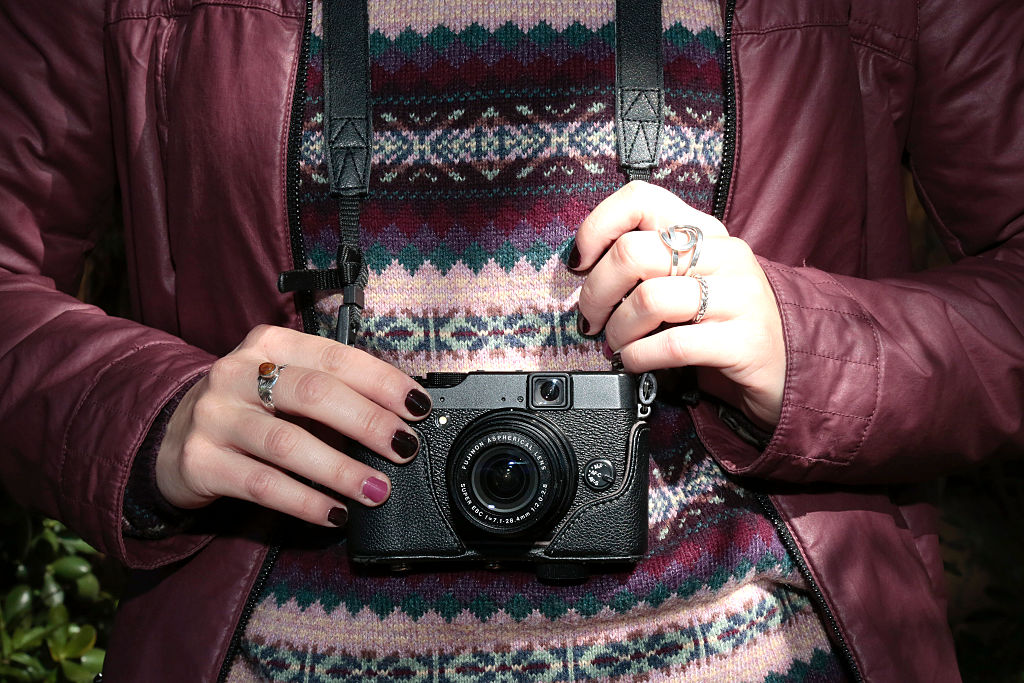 Shopping for a new camera? These are the features that you don’t need | Miquel Benitez/Getty Images

Shopping for a new camera is confusing and time-consuming. There are sensors to compare and megapixels to count. Depending on your budget and your skill level, there may be lenses to evaluate, and viewfinders and screens to try out at the local electronics store. There are always reviews to read. (And camera shopping mistakes to avoid.) But whether you’re comparing two cameras or haven’t even begun to think about how to narrow down your options, you should know that there are a few features you really don’t need on a new camera.

The problem is something akin to the dilemma of buying a new smartphone. There are features that you absolutely, definitely want on a phone. (Not just because they’re new and exciting, but because they’ll give you the closest thing to a guarantee that your device will be fast, fun, and easy to use.) But there are also features that you really don’t need in a smartphone. They’re often redundant or unnecessary, or they’ll cost you a lot more than they’re worth. Or, they may simply be more about marketing than about real-life functionality.

Features run the same sort of gamut when it comes to cameras. There are some features that you’ll definitely want on a new camera, whether you’re shopping for a point-and-shoot or a DSLR or something that falls somewhere in between. But there are also some features that either won’t help you create better images, or will just cost you too much, particularly if you’re looking to stick to a strict budget. Read on to check out the features we’d recommend avoiding if you’re in the market for a new camera. 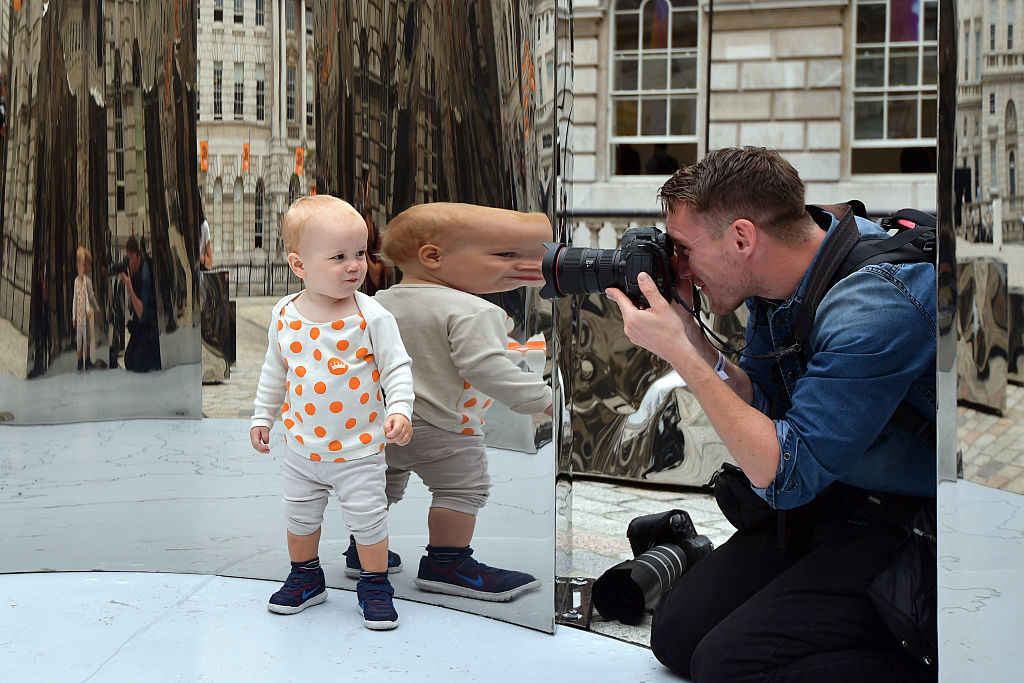 It’s a common misconception that focusing on pixel count is a sure way to pick the best camera. Unfortunately, there isn’t a single specification that can tell you which camera is right for you, and that’s especially true of the camera’s megapixel count. For context, one megapixel contains one million pixels. But knowing exactly how many pixels a camera’s sensor contains isn’t quite as useful as you might think.

It’s true that the component you need to understand when you’re trying to figure out which camera will take the best photos is the sensor. But looking at the number of megapixels isn’t a reliable way to figure out which sensor is the best. The sensor, which captures the light and is the logical counterpoint to film in a digital camera, translates the light that enters the camera into an electronic signal. The image processor uses that signal to create the image.

The larger the sensor, the bigger the pixels can be. And the bigger the pixels, the more light they can collect (which results in better photos for you). A camera with a larger sensor will generally take better images than a camera with a smaller sensor, even if they feature the same number of megapixels. The pixels on the bigger sensor will be larger and let in more light, which will yield superior images with better dynamic range and less noise. This makes it obvious: More megapixels aren’t always better. And that leads us to our next piece of advice. 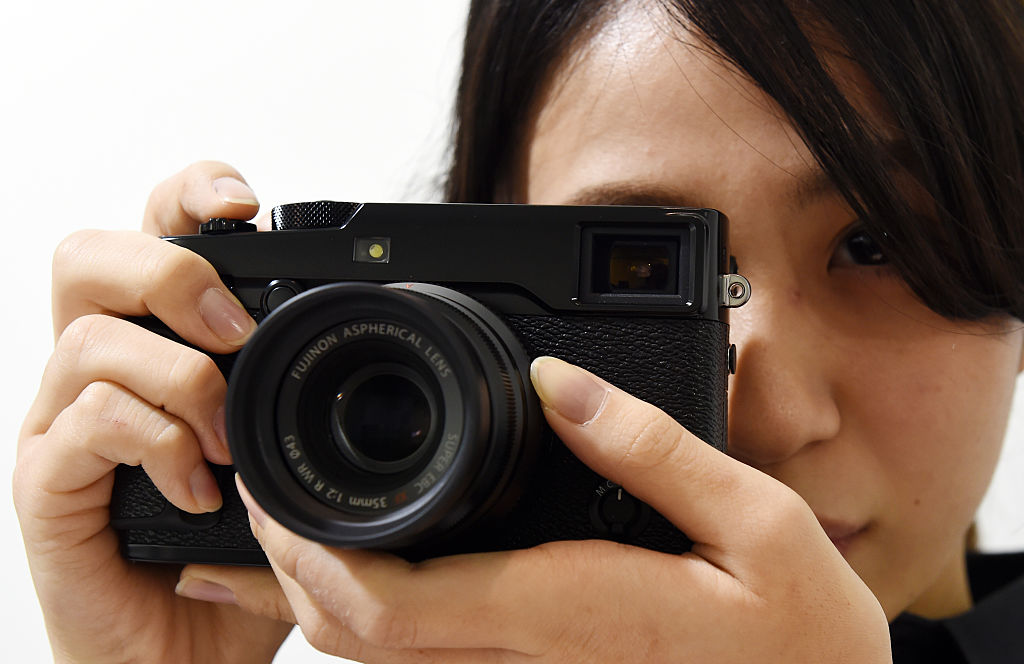 A more important measure of a camera’s image quality is its sensor, and this is one area where bigger is better | Toshifumi Kitamura/Getty Images

You now know why a higher megapixel count isn’t necessarily a feature that you need on your next camera, but it’s also worth knowing the details about the sensor. In fact, the sensor is more important than the number of megapixels, since the size of the sensor determines the size of the pixels. In both DSLRs and mirrorless or compact system cameras (CSC), there are a few sensor sizes to know: full-frame, APS-C, APS-H, Four Thirds, and Micro Four Thirds.

A full-frame sensor measures 24x36mm and is equivalent in size to 35mm film. Full-frame sensors are large and expensive, and are most often found in DSLRs. DSLRs create great images but may be bulkier than what you’d actually like to carry around. Compact DSLRs, which are a little less powerful but still produce great images, use an Advanced Photo System, or APS sensor. APS-C sensors measure 14x21mm to 16x24mm, and APS-H sensors measure 28.7×19.1mm. As you move down the lineup, Four Thirds cameras feature a 13×17.3mm sensor (and use a 4:3 aspect ratio instead of APS’s 3:2 ratio). Micro Four Thirds cameras are mirrorless systems that use the same sensor size as Four Thirds, but the quality of their images isn’t quite as high.

As with any other tech component, there’s no one-size-fits-all advice when it comes to sensor size. But we have some general advice. Anyone who wants to build a photography business should choose a camera with a full-frame sensor or high-end APS sensor. If you just want to enjoy your photos yourself, and perhaps print some images to display at home, an entry-level DSLR or a CSC with a large sensor will be a good choice. If you primarily want to shoot video, a mirrorless camera with a large sensor can be as good as, or better than, a DSLR. 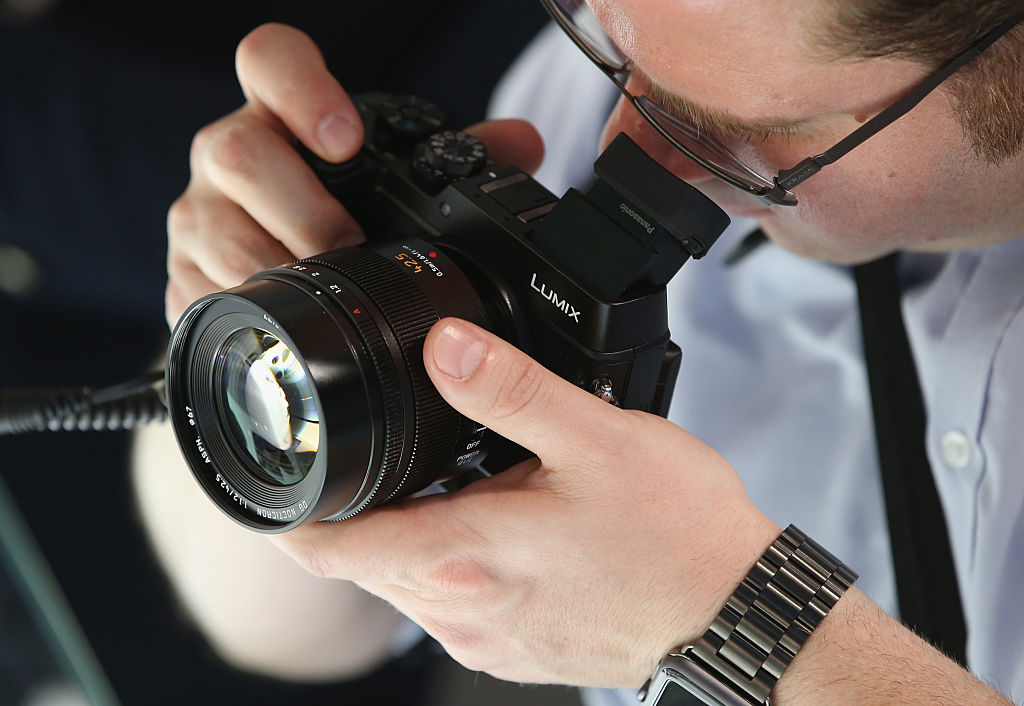 If you’re primarily buying a camera to take highly-detailed videos, you have our permission to skip this section. (You may, in fact, have a good reason to look for a camera with 4K video recording capabilities in this case.) But for shoppers who mostly want a camera to take still photos, 4K video isn’t necessarily a must-have feature. 4K video simply means video that’s about 4,000 pixels across — which makes it significantly larger than 1080p footage, which is 1,920 pixels across. 4K is significantly more detailed than 1080p footage, and has twice as many pixels horizontally and four times as many pixels in total.

Digital Photography Review notes that there are some benefits to adopting a 4K workflow even if you don’t need the extra resolution quite yet. Those benefits include the ability to capture better 1080p footage, more flexibility to crop or zoom, the ability to create higher-resolution stills from your videos, better stabilization options, and easier green screen shooting. The problem is that you’ll also need to upgrade your file storage, potentially your computer, your display, and perhaps your video editing software.

The bottom line is that a camera with 4K recording capabilities can be a great investment if you’re a pro or want to be. But if you’re primarily shopping for a camera to take still images, or don’t foresee viewing any videos you do take anywhere other than your computer, then shelling out for a 4K-capable camera probably isn’t worth it just yet. Most people don’t have a display where they can watch 4K content, which means that it won’t look a whole lot better to them than HD video. 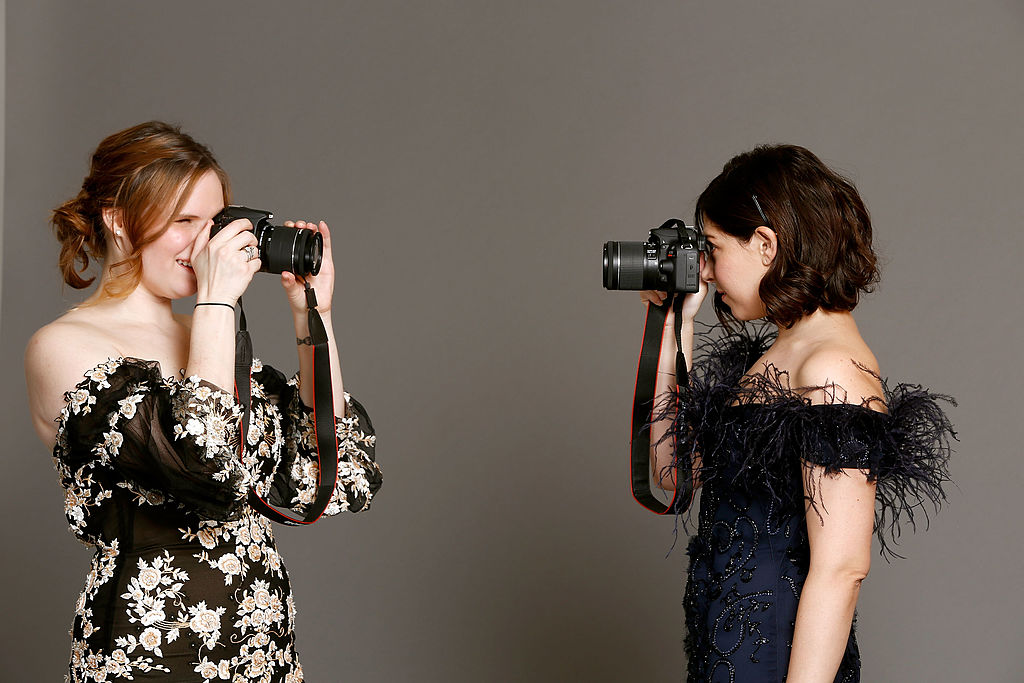 Not every camera supports interchangeable lenses. (In fact, DSLRs and mirrorless systems are typically the only camera types that do.) If you’re looking for a sophisticated systems with advanced capabilities, chances are good that you’re looking at a camera that supports a variety of different lenses. But particularly if you’re just getting familiar with the process of shooting with a sophisticated camera, there’s no reason to spend tons of money on a package that incorporates lots of different lenses.

That’s because nobody but you can tell you which lenses you’re going to need. Sure, there are general guidelines about what sorts of lenses are good (you’re going to want fast lenses and large maximum apertures), but nobody but you can tell you, definitively, which focal lengths you’re going to like best for use on your new camera. Photographers can’t even agree on whether fixed “prime” lenses or zoom lenses are “better” buys. There are some popular lens formats, like standard zoom lenses, telephoto zoom lenses, and fast prime lenses. And there are many lenses that are versatile and useful in a wide range of situations.

But for the most part, you aren’t going to know what lenses you really want until you’re familiar with your camera and have discovered your shooting style. The moral of the story is that while it may be tempting to save money on a package that bundles in a lot of lenses, it’s better to use your new camera for awhile and then determine which lenses you’d like to add, rather than trusting the judgment of the camera store or the big-box electronics retailer.

If you’re a little overwhelmed by the idea of interchangeable lenses and are planning on purchasing a camera with a single lens, we also have some advice for you. This is particularly important if you’re hoping to find a camera that offers some zoom capability. Cameras can offer two different kinds of zoom: digital and optical. You’ll want to avoid relying on digital zoom, since digital zoom isn’t really zoom at all.

In fact, a camera with digital zoom capability simply enlarges the center of an image, which is a great way to see your image quality take a very fast nosedive. Many, many cameras incorporate digital zoom, so you don’t necessarily have to steer clear of it. But you should never buy a camera on the basis of its digital zoom capabilities. If you need zoom, look for cameras that offer optical zoom. And if you don’t trust yourself to remember that you really don’t want to use digital zoom, then look for a camera that lets you disable digital zoom (or at least warns you when you’re about to use it).

If you’re comparing two cameras with different zoom capabilities, turn digital zoom off on both while you’re testing them out. If you’re weighing your options and comparing cameras, you may find yourself comparing cameras that offer optical zoom and cameras that offer higher resolution. Take a look at the images that each camera produces (online reviews can be very helpful) and think carefully about how much zoom you expect you’ll need to get the images you want. 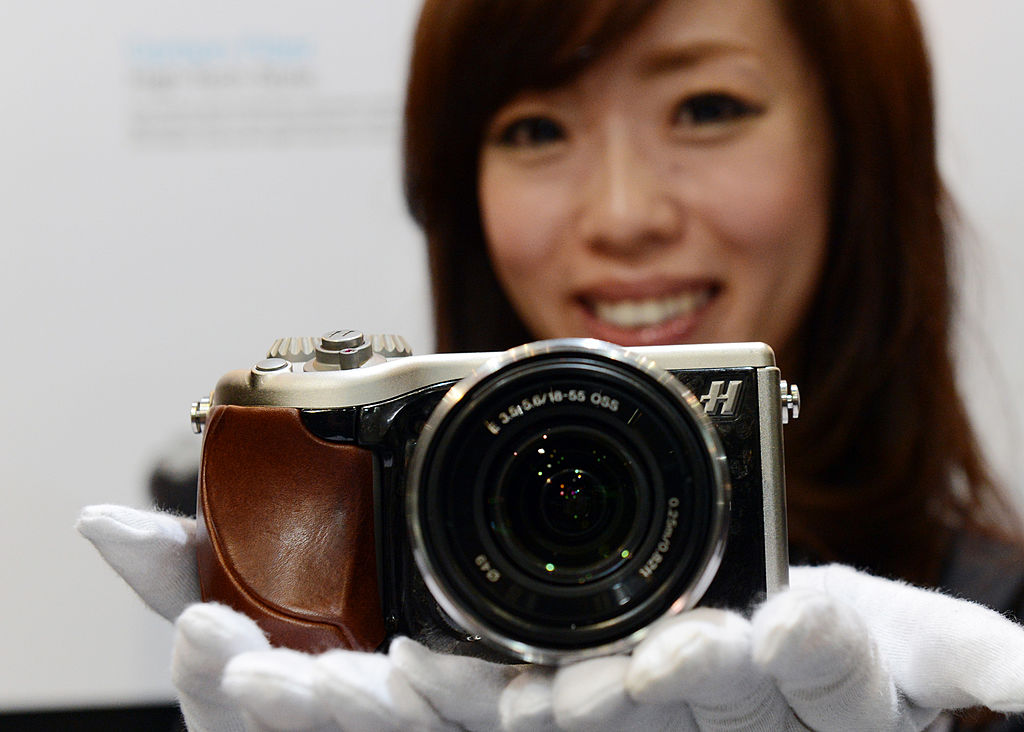 There are all kinds of features that camera manufacturers use to set their offerings apart from those of other camera makers. But don’t be swayed by fancy marketing of features that relate to a camera’s flash. Just about all standalone cameras have decent built-in flash capabilities. In fact, they’ll likely be much better than what you’re used to using on your smartphone, regardless of which camera manufacturer or model you choose.

If you really want to get pro-level photos, you aren’t going to do that by relying on the camera’s built-in flash. Instead, you’ll want to invest in an external flash, and perhaps in some lighting equipment specifically designed for photography. By using an external flash, you’ll be able to control the strength and direction of the light. The results will be so good that you’ll never go back to using the camera’s built-in flash — which means that you shouldn’t pay extra for impressive-sounding flash features in the first place.