Want a Windows 10 Phone? This Is the Cheapest One Yet 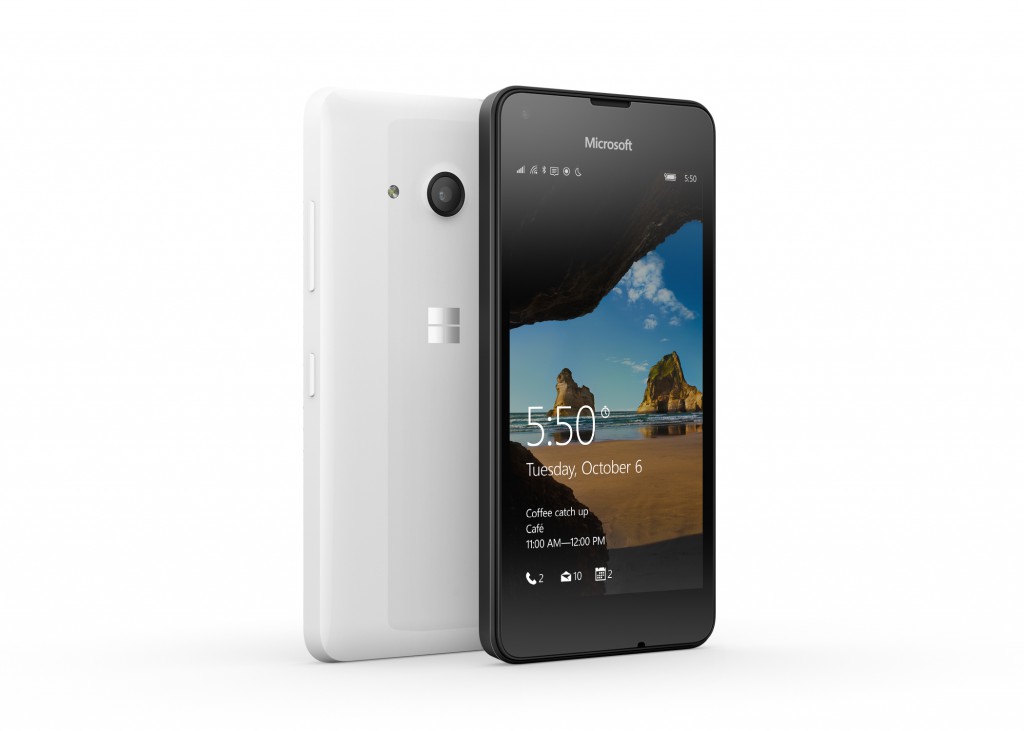 If you were hoping to get a phone that runs Windows 10, but aren’t willing to shell out for a brand-new flagship Lumia 950 or 950 XL, then you’re in luck. Windows 10 is now available via the $139 Lumia 550, which Microsoft announced in less than a minute back in October and just launched for Windows fans who want the latest operating system and apps without a sky-high price tag.

As Microsoft announced via a blog post, the Microsoft Lumia 550 is the most affordable smartphone that runs Windows 10. Sales of the phone are beginning first in Europe, and will begin in other countries “in the following weeks.” Microsoft explains, “From the moment you turn on the Lumia 550 smartphone, you’ll experience Windows 10, signature Microsoft apps and services such as Microsoft Office (Word, Excel, PowerPoint), Cortana, OneDrive, Outlook Mail and Outlook Calendar, and Skype on a premium 4.7” HD display.”

If you use a Windows hybrid like the Surface Pro 4, a smartphone that runs Windows 10 can be a great choice. Microsoft notes that if you create a Word document on your tablet, you can save it to OneDrive and access it on your phone. That means that you can proofread it on your commute home on the train, or continue working on it with the Office apps that come preloaded on your phone. Or if you’re using Cortana on your Windows laptop and ask her to remind you to pick up milk at the grocery store on the way home, the alerts will sync across devices and your Lumia will notify you at the right time and place.

The Lumia 550 features a 4.7-inch HD screen and is powered by a Qualcomm Snapdragon 210 1.1 GHz quad core processor and a removable 2,100 mAh battery. It features 1GB of RAM and 8GB of internal memory, plus a 5MP rear-facing camera and a 2MP front-facing camera. As Tom Warren notes for The Verge, the Lumia 550 is still a low-end device, so it won’t support Windows 10 Mobile features like Hello and Continuum. But the phone will be capable enough for most users, especially because it supports LTE. It will also support the Glance Screen feature, which will enable it to show the time, the date, and your notifications when the device is in standby.

Warren notes that the Lumia 550 also looks just like any other Lumia that Microsoft has offered in recent memory, with black and white models available. The company has revealed that the phone will cost just $139, but we’re not sure yet when it will be available for purchase in the United States.

As Dan Seifert reports for The Verge, it’s probably been a while since the average smartphone user gave much thought to a phone running Microsoft’s software. But the new Lumia 950 and the super-sized Lumia 950 XL are aimed directly at the best iPhones and Android flagship phones. The Lumia 950s were the first phones that Microsoft released with the Windows 10 operating system, which Seifert explains is “Microsoft’s answer to not only desktop platforms, but also mobile operating systems like Android and iOS.”

Seifert characterizes the new operating system as Microsoft’s “Hail Mary” for its mobile efforts. It’s this operating system that the company is hoping will get developers to pay attention to its platform, which, as The Cheat Sheet reported this fall, offer some features that neither Android nor iOS smartphones are competing with. None of the new Lumia phones are likely to be bestsellers, but they’re a chance for Microsoft to help both consumers and developers understand what Windows on a phone looks like.

The Lumia 550 isn’t an impressive flagship phone — a bar that even the Lumia 950, by many critics’ estimation, has fallen short of achieving — so its success or failure will be determined by the merits of its software. Windows 10 illustrates Microsoft’s efforts to fill the gaps between smartphones, PCs, and tablets, and for many consumers who use and like Windows on their other devices, a Windows 10 phone offers a compelling way to go when replacing an old smartphone.