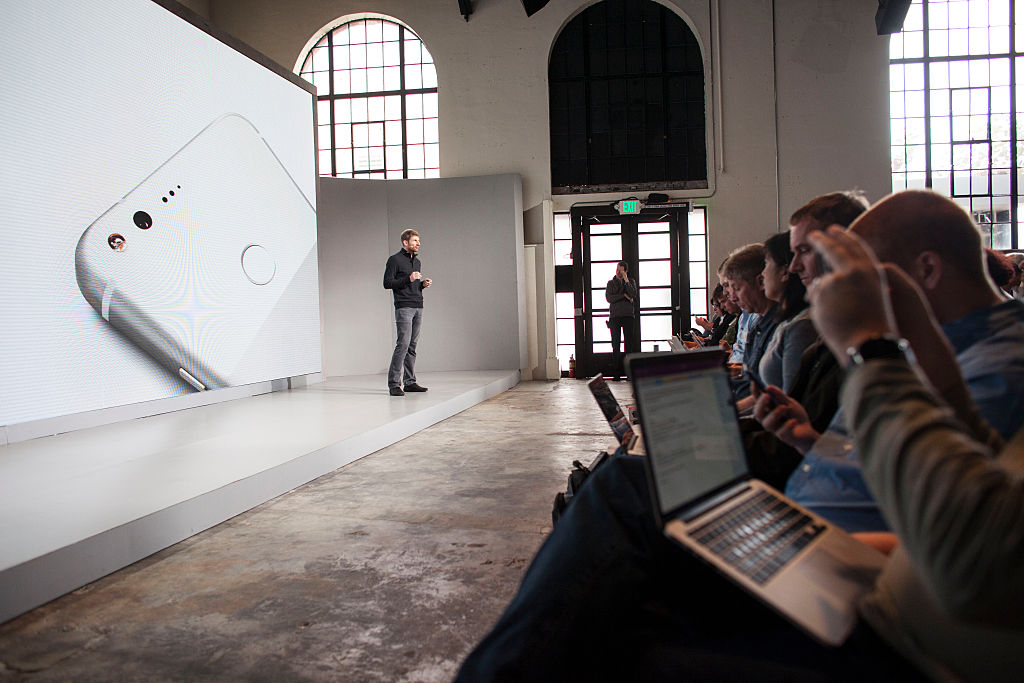 Excited about Google’s new Pixel? It may be the best Android phone of 2016 | Ramin Talaie/Getty Images

There are tons of great Android phones on the market. Android fans can find high-end phones with advanced components and innovative features. They can find mid-range phones that offer premium specifications at affordable price points. And they can even find extremely budget-friendly phones that offer a surprising amount of power despite their low price tags. But there are some notorious drawbacks associated with Android phones at all price points, including slow updates thanks to phone manufacturers.

1. The Pixel offers the same specs as many high-end Android phones, but a higher-performing camera 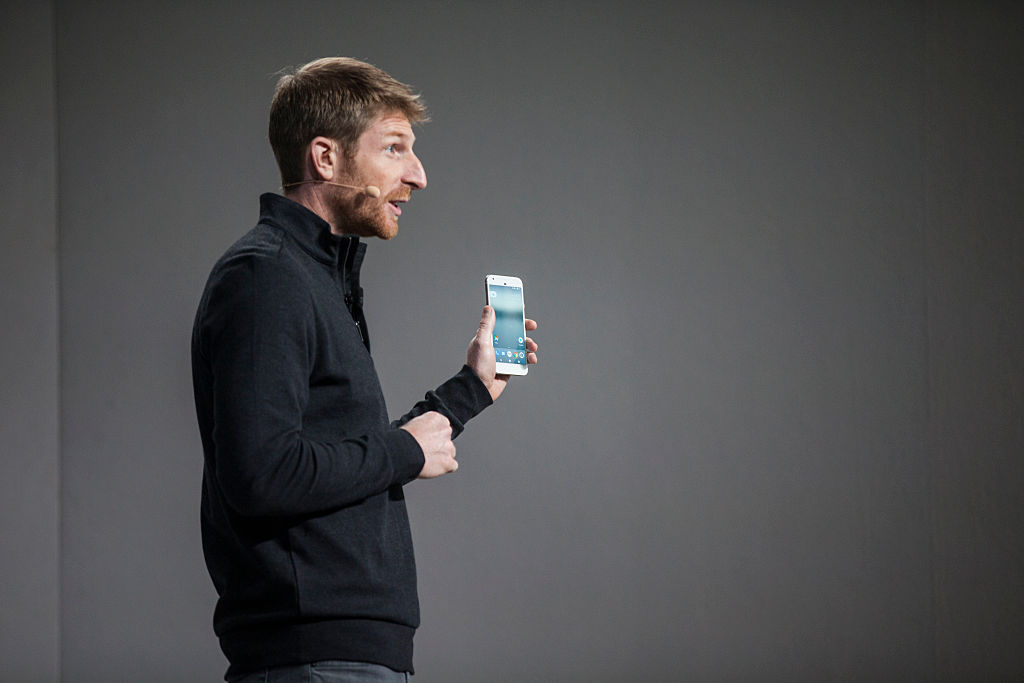 The Pixel features the same sort of specs and components found in other high-end phones, but with a camera that DxOMark reports performs significantly better | Ramin Talaie/Getty Images

The Pixel competes with the year’s best Android phones both on features and price. Slashgear’s JC Torres notes that while the screen size, screen resolution, and battery size vary depending on which model you go with, “you will mostly be getting the same core set of features whichever you choose. That includes a Qualcomm Snapdragon 821, 4GB of RAM, up to 128GB of storage, so on and so forth.” This just so happens to be the same set of specs you can expect from any 2016 Android flagship. (And, for the record, you can choose either a 5-inch model with an HD display or a 5.5-inch model with a QHD display.)

Google didn’t make a big deal of those specs at its hardware event. In fact, the only component it really talked about was the 12.3MP camera. Google is proud that the Pixel’s camera is the best of the best according to DxOMark, thanks in part to video stabilization that doesn’t use traditional optical image stabilization (but is also the subject of some conflicting claims in the DxOMark review). Nonetheless, the fact remains that the Pixel offers the same specs as many other Android flagships, but offers a camera that performs better than the systems seen in those phones.

2. The Pixel is a pure Google phone, not just a pure Android one 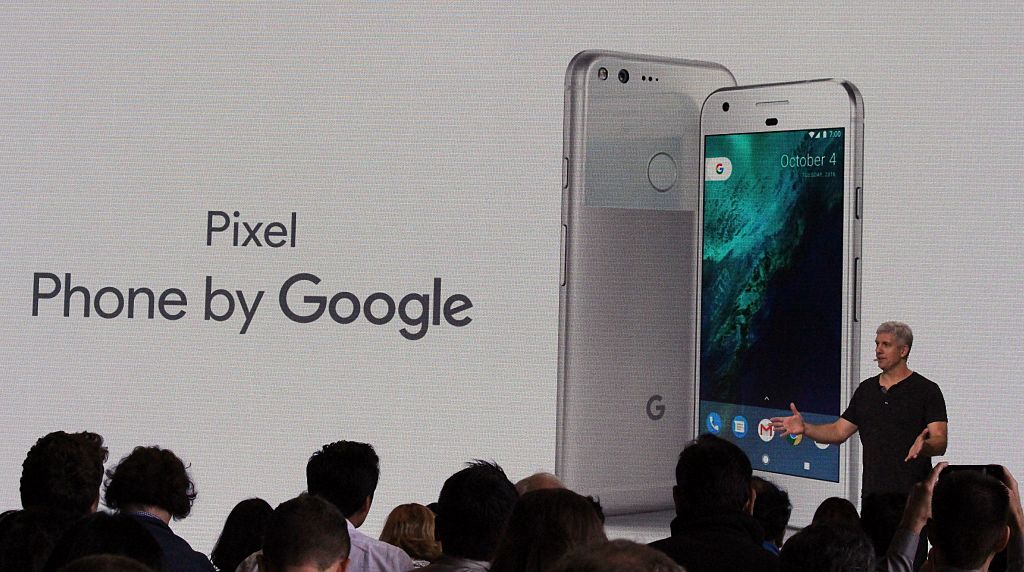 According to The Verge’s Dieter Bohn, the Pixel offers “Google’s ‘opinionated’ take on Android.” It turns out that that’s very different from the “Pure Android” that Google offered on its Nexus phones. Android on Nexus phones was always stripped down. It felt almost bare without the bloatware from carriers and smartphone manufacturers. But the Pixel version of Android is pure Google, not pure Android. Which means that the Pixel runs Android as Google wants it to be run: with Google apps and services front and center.

As Torres explains of the Pixel’s software, “you will be running Android 7.1 Nougat, but Google almost wants you to forget that. Instead, it wants you to feel like you are using a Google phone. Google branding, Google chat apps (Duo and Allo), Google Photos and Google Cloud and, of course, the all new Google Assistant.”

Torres adds that Google Assistant was “the centerpiece of Google’s October announcement, almost to the point that the Pixel merely becomes the vehicle on which Google Assistant arrives in your hands. AI and machine learning is Google’s future computing vision, and, admittedly, nowhere does it really say it has to be running on Android.” 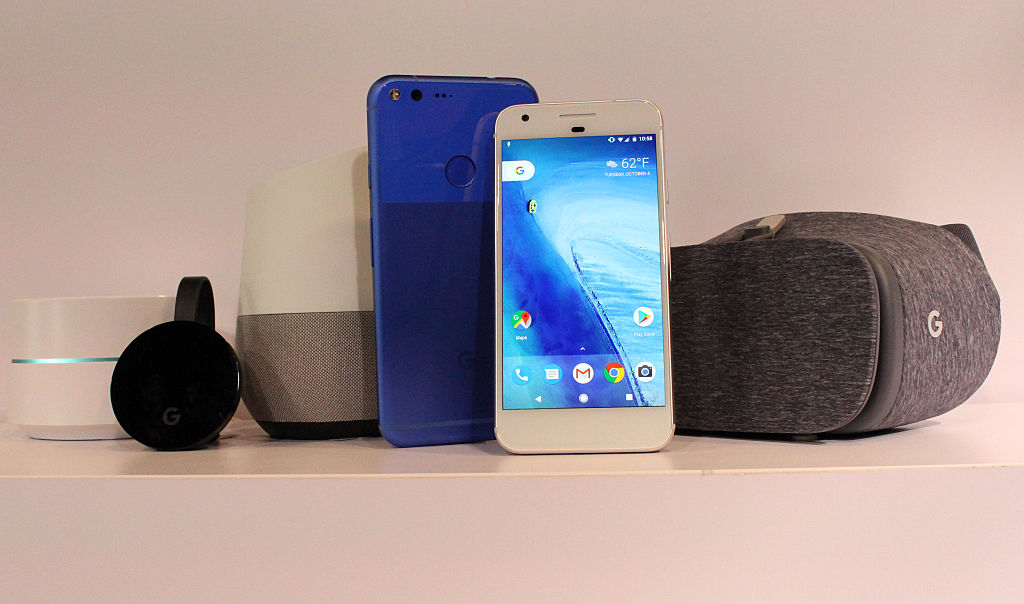 By designing the software and hardware of the Pixel itself, Google built its phone like Apple builds the iPhone | Glenn Chapman/Getty Images

With the Pixel, Google is acting like an original equipment manufacturer. As Torres explains, Google has “seen the value of a business model that resembles Apple’s iPhone strategy.” In following that strategy, Google has “pitted itself against its own hardware partners.” Google is competing with Samsung, LG, HTC, and Huawei by designing the hardware of the Pixel. But it’s also acting like Apple, designing the software and the hardware on which it runs.

Torres points out that Google itself isn’t handling the production, just as Apple outsources those stages to partners like Foxconn. “But for all intents and purposes, it is the Pixel’s creator. And, this time, it is calling all the shots.”

The tight integration of hardware and software is one of the perennial advantages that the iPhone has over Android phones, but the Pixel closes that gap. With the Nexus line, Google still had to meet its manufacturing partners halfway on the design of the devices. With the Pixel, Google has designed the software and hardware to work seamlessly together. The Pixel is 100% a Google phone. SlashGear notes that this shift in strategy may cause a few problems for Google. Because Google won’t make all of the Pixel’s features available on other phones (more on that later) it could force manufacturers to implement their own features. Depending on your outlook, that could either cause a new kind of fragmentation, or lead to more innovation.

With the Nexus, Google had a model where it could push updates as quickly and frequently as it wanted to (like Apple can with the iPhone). The Pixel continues in that direction. Google is in control of everything about the platform, but some are concerned that that control comes at the expense of openness. The Nexus was the most open line of Android devices. The Pixel has proprietary features and a much more closed approach — which makes it much more like Apple’s iPhone.

4. The Pixel is a premium phone, not just a reference design 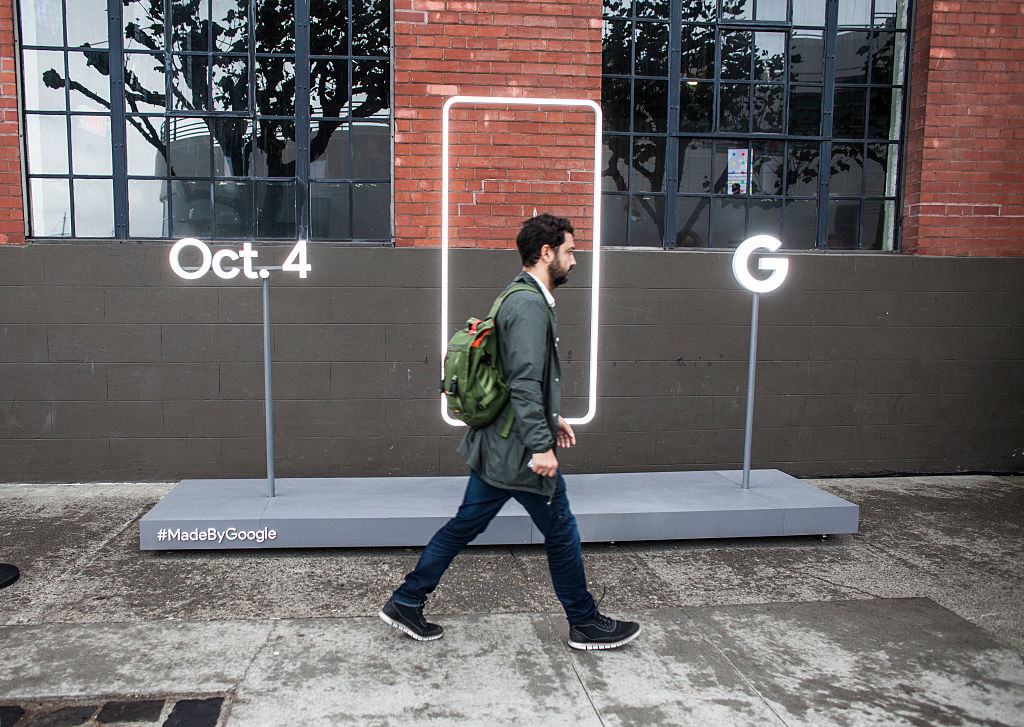 The Pixel is a polished, premium smartphone that lots of consumers, not just developers, are going to love | Ramin Talaie/Getty Images

The Pixel may sound like a Nexus phone, but the Pixel is actually very different from a Nexus device. Unlike Nexus phones, which primarily appealed to developers and power users, the Pixel is a premium phone meant for consumers who want high-end phones (speedy components and refined design included).

The version of Android run on Nexus devices was bare without manufacturer or carrier bloat, and Google didn’t take the opportunity to add much of its own bloat either. But with the “pure Google” software approach of the Pixel, the phone offers a refined user experience that dovetails with its premium hardware. The “pure Android” approach of the Nexus, on the other hand, simply highlighted its appeal as a device for developers.

It’s difficult to tell how “hackable” the Pixel will be. In Google’s attempt to make an Apple-like premium phone, its proprietary software is key to the Pixel’s success. Torres notes that there’s so far no hint of factory images, unlockable boot loaders, or the other puzzle pieces needed to develop custom ROMs for the device. It seems unlikely that Google will make the Pixel as hackable as the Nexus, and even if it does, that some features won’t make it to third-party Android ROMs.

Torres notes that there was a major outcry when Google began replacing Android Open Source Project apps with its own suite in Nexus and Google Play edition devices. A vocal contingent of users was upset about the move away from open source and simplicity. The Pixel takes the approach much further in order to create a premium and unique device. In addition to standard Google apps, services including Google Assistant, Duo, Allo, Photos, and Cloud are at the center of the Pixel experience. Google Assistant and some of the cloud backup features are unique to the Pixel, at least for the time being. Which brings us to our next point.

5. Some of the Pixel’s best features won’t be available on other Android phones 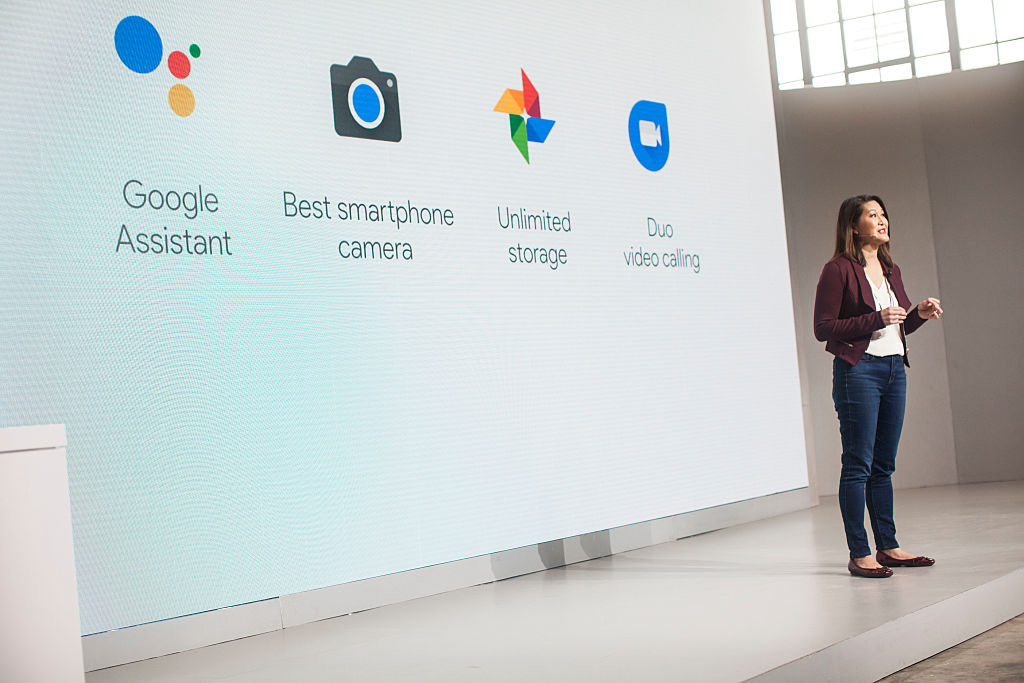 Many of the Pixel’s most attractive software features aren’t coming to other Android phones. Sarah Perez reports for TechCrunch that some Pixel features won’t be arriving in the Android 7.1, the new version of the operating system, for other Android phones. That includes features like Google Assistant, Google’s built-in customer support service, unlimited and free backup of full-resolution photos and videos, and Smart Storage. Perez reports that some of the omissions make sense.

For instance, only Pixel phones will ship with the new quick switch adapter that makes it easier to move data from iPhone to Android, since the feature requires the adapter cable. The Pixel’s camera app is tied to the phone’s hardware, and the Sensor Hub processor relies on tightly integrated sensors and connectivity. Bundling in the free and unlimited photo and video backup seems like a smart marketing choice.

But the version of Android 7.1 that ships to other phones will lack Google Assistant, which is Google’s answer to Siri, Cortana, and Alexa. Google Assistant is much more robust than Google Now, but may not come to other Android phones anytime soon. Perez writes, “Given Assistant’s increased prowess, it’s disappointing that it’s not immediately replacing Google Now in the Android 7.1 update. That doesn’t mean it won’t ever arrive on other Android devices – limiting Assistant to Pixel indefinitely would be crazy – but it’s definitely not coming via a free Android update in the near-term.”

The choice may seem like a strange one coming from the company behind the world’s most popular operating system. But since Google is trying to make the Pixel succeed as a premium smartphone, it has an interest in keeping the phone’s features proprietary. If the features that make the Pixel most attractive become common among high-end smartphones, people won’t have to buy the Pixel to get them.

6. The Pixel phone will get Android updates first 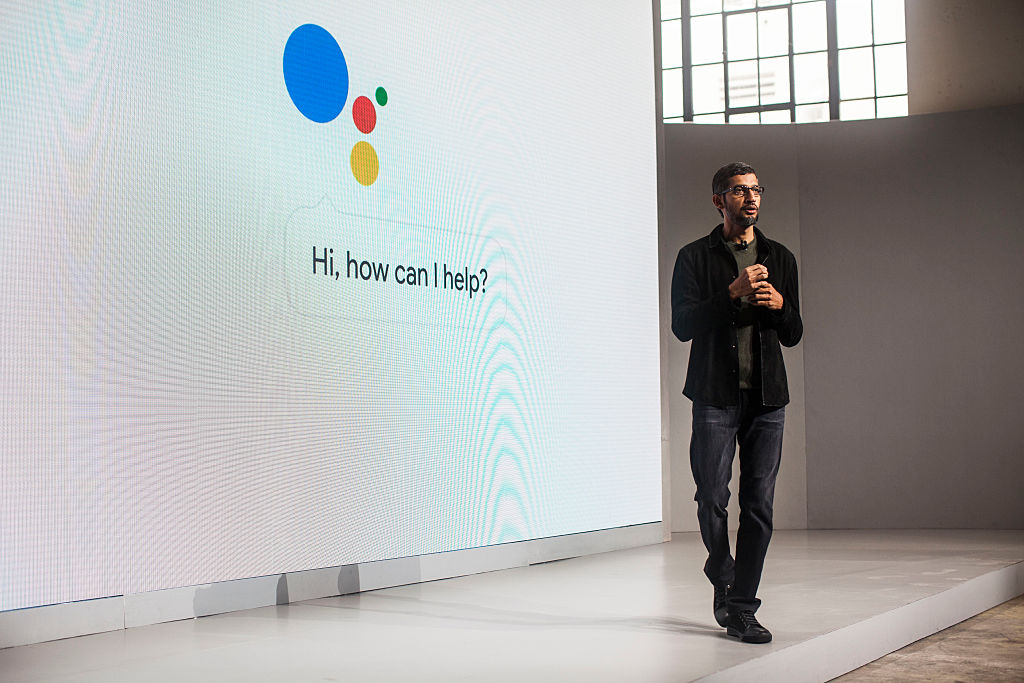 Like Nexus phones before it, the Pixel is one of the few phones that will get prompt and reliable Android updates as they become available | Ramin Talaie/Getty Images

One of the biggest benefits of buying a Nexus phone was getting new Android updates first. David Pierce reports for Wired that the best Android phones “have almost always been Google’s own Nexus devices, from the Nexus One to the Nexus 6P.” He explains that Nexus phones “offered high-end hardware specs and (usually) refined design with truly current software, which is otherwise entirely too hard to come by in the Android world.” Pierce explains that the Pixel runs Android Nougat 7.1, “a software update so new it didn’t even exist until today.”

For Android fans for whom the latest software is non-negotiable, the Pixel is the best Android phone of the year. Pixel phones will have immediate access to Android updates, since they’ll come from Google as soon as they’re finalized and ready. For people who are concerned not only about getting the latest features, but ensuring that their devices are as secure as possible, this is a simple but significant advantage that makes the Pixel better than most other Android phones on the market.