What a Man’s Watch Says About Him

With everyone connected at the hip to a smartphone (or two), there is never a time when you really don’t know the time — with or without a wristwatch. The traditional timekeeper may no longer be needed to track the hours and the minutes, but that doesn’t mean it has lost its relevance in today’s male wardrobe. Truly a timeless accessory, the watch wields a significant amount of power in a small package. It doesn’t just tell the time of day, it can tell a lot about the person wearing it — from his personal style to his personality, priorities, and, yes, his pay grade (sometimes). No matter what watch you wear, you’re making a statement about who you are and what’s important to you.

So now that we’ve established that your watch is doing the talking, here’s what a selection of watches might be saying about you. 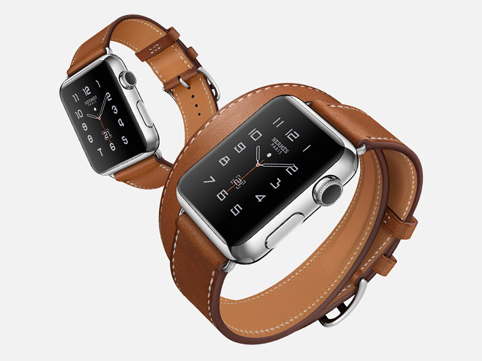 The smart watch comes in many forms; you may be most familiar with the Apple watch. With a number of design customizations available, it’s turned into quite a versatile option that can be decked out in a handsome Hermes leather strap or rendered in a more sporty aluminum or rubber. Be careful, though, before you wear your phone on your sleeve. You run the risk of many thinking that you’re (a) that nerdy tech guy or (b) way too important for his own good. But, who is anyone to judge? You thrive in fast-paced environments and may need to send and receive notifications immediately — and never miss the second a text or a social media notification comes in. It does give new meaning to watching the clock. 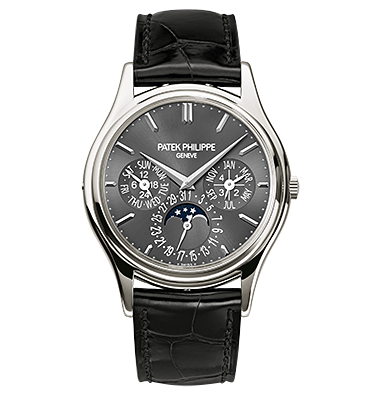 If Patek Philippe is part of your vocabulary, then you’re no stranger to the status watch, which obviously comes with a hefty price tag. While you may only flaunt the significant dollar signs on your wrist in a subtle fashion — after all, these aren’t necessarily the biggest and boldest of watches — there is no hiding the luxe nature of the coveted timepiece.

Whether you purchase this watch for the beauty of its impeccable craftsmanship or simply for bragging rights among the boys, there is no denying that you will be identified for your opulent taste, your apparent professional success (or your pedigree), and your equally rich bank account.

Note: The Rolex does fall within this category. But a Rolex often tells a slightly different story about its owner. It can be an understated, timeless and respectably masculine accessory if you don’t flaunt the hell out of it. The brand is one of the most powerful in the world, and also one of the most imitated. Wear the real deal quietly — not on a pedestal — and respect will be yours. Otherwise, you may be judged as a fraud or as quite the salesman.

Standing out from the crowd is not the purpose of the standard watch. And the man wearing it won’t be remembered for this part of his wardrobe — and that’s OK He could be thought to be the ultimate pragmatist; the consistent follower of the status quo. He likes the look of a watch and maybe occasionally consults it for its actual purpose but sees no purpose beyond that. After all, this is the Everyman timepiece; the accessible accessory that’s often indistinguishable from its dime-a-dozen counterparts. That’s not to say that there are not plenty of polished, handsome options out there — a Timex being one of them. These models just simply don’t have the hyper-luxury craftsmanship or the namedrop-worthy brand behind them. 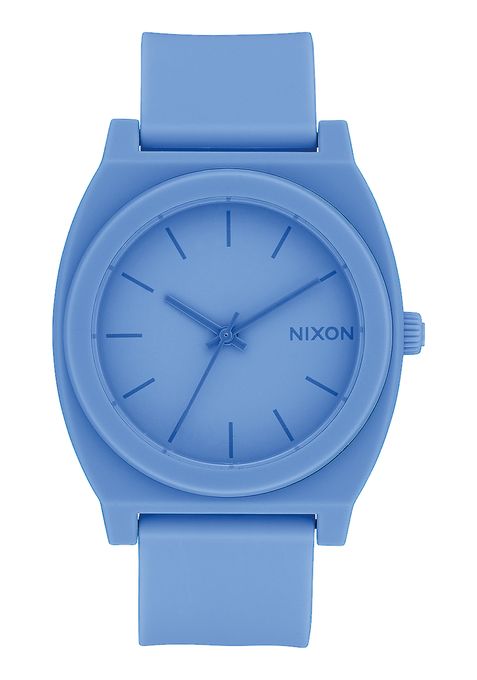 Also known as the fashion watch, this stylish timepiece is designed to be noticed — and not necessarily for its horology or its Swiss pedigree. It’s not really the most expensive or well-crafted timepiece in the room, nor one that will look relevant after a few seasons, but that doesn’t matter to the wearer who is much more concerned with the bling factor wrapped around his wrist.

With such an accessory, you may be automatically seen as a rapper wannabe (especially if you’re wearing a gigantic Casio G-Shock digital watch), a trendy hipster (Nixon might be your go-to), or as one of the party boys, depending on the style of watch you choose.

Sometimes interchangeable with the likes of a status watch — but not always — the sophisticated watch exudes a polished suave factor that’s as smooth as the case that houses it. This type of timepiece (think Cartier) doesn’t necessarily have to have the price tag or the watch collectors’ reputation of its status counterpart, but it often does.

However, what it does have is an undeniable attention to detail — from silky smooth cases to impeccable crowns and exposed screw bezels. Strap on all that sophistication and you’ll be thought of as one who surely enjoys the finer things in life — from cars to custom suits to cabernets — while finding himself at no shortage of art galleries and cocktail parties.

You don’t need your watch to do your bidding. You’re quietly confident, and while it may seem that you’re sitting on the sidelines, that couldn’t be further from the truth. Integrity, loyalty, and respect run through your blood, and you care about the integrity of your watch, too. Shinola’s made-in-the-USA watches fit right in line with your M.O., where the spirit of Americana mixed with solid design and craft-inspired quality cannot be beat.

Not to be confused with the smart watch, this version is a whole new ballgame. It may not track your heart rate and every move you make, but this watch is for the sports-minded who want a bit more of a traditional (non-“smart”) look on their wrist. Omega is the obvious fit here; they’ve been the official timekeeper of the Olympics and other international sporting events since we can remember. And a man who wears an Omega may be an athlete, or not, but his lifestyle is likely thought of as an active one and he’s always running the race of life with a competitive streak that’s not short on power and style. 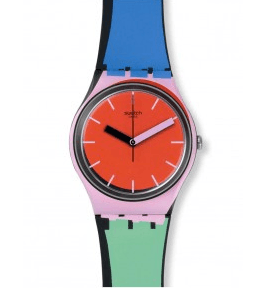 You might be a hipster if (a) skinny jeans are your middle name; (b) you look straight out of Williamsburg; (c) you never leave home without a hat; (d) you’re a musician or an artist, or you act like one; and (d) if you’re always wearing a Hipster Watch.

This timepiece is basically just like it sounds — it’s built for the hipster set. It’s a little bit unconventional but style-setting, all with a heritage heart at the core that tells a story — and the time. Swatch couldn’t be more of an ideal fit for the hipster set, what with its Swiss pedigree in combination with a millennial mindset and all kinds of artsy collections. 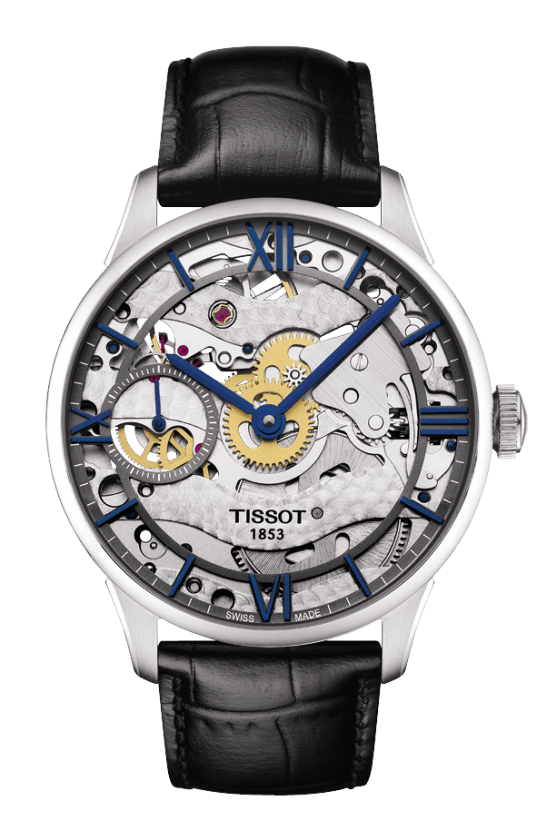 Not knowing exactly where it stands on the totem pole of timepieces is the Waffler Watch. It could also be dubbed the wannabe watch. These models may look like they have quite the pedigree from afar, but come a bit closer, and the bragging rights diminish. But that’s not to say that a waffler isn’t a decent option. A Tissot watch is a great example. It has a luxe look and a solid reputation, but the easily accessible price range keeps it out of the big leagues. The man who wears one may be a bit non-committal or conflicted on his priorities. Unwilling to commit the dollar signs to an investment timepiece, he opts for a look-alike.

Telling the time is the last thing that a Novelty Watch does well. Where it does gain brownie points is the pure whimsy it garners from its wild and wacky design. It is attention-grabbing but not for the same reasons as, say, that luxe piece of art on the wrist of a Cartier collector. Those who gravitate toward a Novelty Watch likely have a quirky personality, are the life of the party, and aren’t afraid to let their fun flag fly high — they may even change their watch as much as they change their outfit. Nooka has a host of unique and unreadable gadgets from which to choose if the hours and the minutes don’t matter so much to you. Or, go for the Tokyo Time Evolution Barcode IP Black LED Watch, which looks like something from Star Trek. 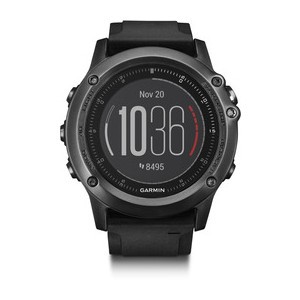 While a number of similarities may exist between the Athletic Watch and its counterparts, the Smart Watch and the Sport Watch, this one is really designed with the dedicated athlete in mind. The wearer of this watch doesn’t have a love of sport, he practices it — from the triathlon titan to the mega marathoner and consistent CrossFitter.

While the Athletic Watch tells the traditional time, it also tracks performance stats such as heart rate, distance, calories burned, and pace. Far more functional than beautiful, there are still some sleek enough options out there. Garmin is the obvious choice with a number of options based on level of technology capability, including a first-of-its-kind high-resolution, GPS/GLONASS mapping watch. However, many of the sports-minded titan brands such as adidas and New Balance also have legitimate training watches, too. 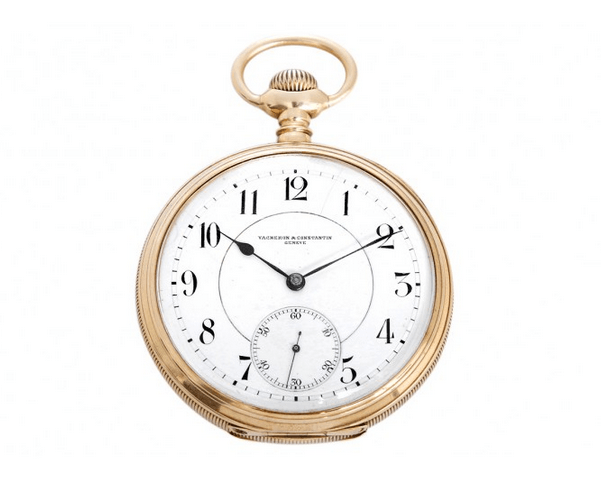 No watch list would really be comprehensive without the inclusion of the Pocket Watch. Yes, the pocket watch. Many of the most prestigious brands like Vacheron Constantin and Patek Philippe have beautiful heritage pieces — some of which can be found on sites like Portero, an authentic, pre-owned luxury jewelry hub. This type of watch is a vintage treasure, and often a collector’s item, but it takes a certain measure of an old soul to carry one. He has no use for the hustle and bustle of rat-race society nor the constant dinging of a smartphone social media update. And, yes, he really does use his watch to tell time.