What Comes After Apple’s 3D Touch? 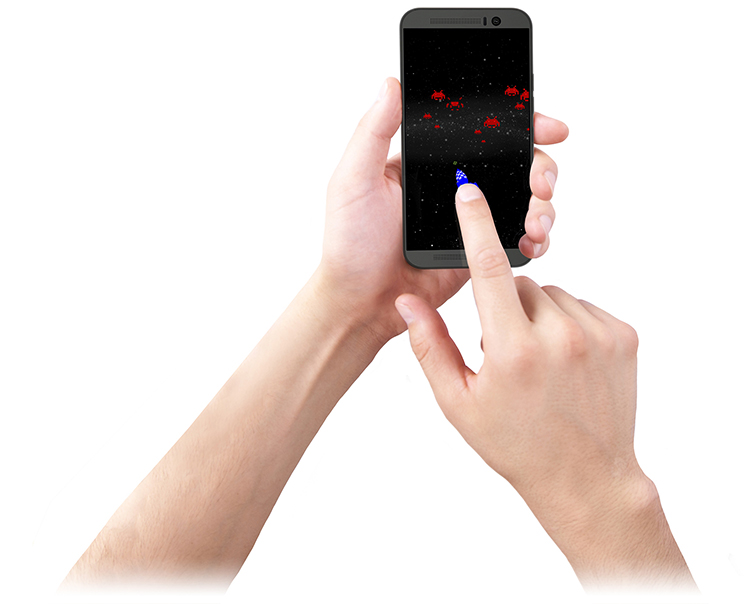 Apple made a splash when it introduced 3D Touch, the pressure-sensitive touchscreen technology that brought new gestures like Peek and Pop to the iPhone 6s and iPhone 6s Plus. By determining how deeply you’re pressing the screen, 3D Touch enables you to preview content or gain quick access to common app actions just by pressing the app’s icon on the home screen. But now that the novelty has worn off and the ever-active rumor mill has turned its attention to newer iPhones (and, occasionally, the relatively slow adoption of 3D Touch), you may be wondering: what comes next after what Apple’s termed “the next generation of multi-touch?”

If the touchscreen technology being developed by a startup at Carnegie Mellon University is any indication, the screen on your next phone may be able to determine the exact angle of your finger when you touch it, enabling a new array of intuitive gestures. The Carnegie Mellon startup, called Qeexo, explains that the technology, called FingerAngle, “extends the touchscreen experience enabling novel interactions from handsets to wearables.”

The technology detects the pitch and yaw of your finger on the screen, which makes for better control not only on a smartphone, but also on the limited real estate of a smartwatch’s tiny touchscreen. The technology would offer an easy way to zoom in or out, dial the volume up or down, or even scroll up and down through content. As Andrew Liszewski reports for Gizmodo, what’s perhaps the most impressive aspect of the FingerAngle technology is that its abilities are enabled entirely by software, so that instead of having to buy a new phone to get the feature, you’d just need to upgrade its software.

The researchers behind the project developed an algorithm that enables a smartphone to estimate the position of your finger, in 3D, as it makes contact with the display. That estimate includes the angle of your finger relative to the display, as well as any rotation as it makes contact. The shape of your fingertip when it’s pressed against a glass display is distinct based on which part of the finger is making contact, and at what angle. Just by looking at the shape of the spot formed by your finger on the screen, the algorithm can figure out what your finger is doing in relation to what’s being displayed on the screen.

That could make it a lot easier to complete tasks on a smartphone or smartwatch. To complete rotations on a touchscreen currently requires the use of two fingers, even though a device like a smartwatch hardly has a screen large enough for two fingertips. The new algorithm enables smartwatches to detect a finger being rotated, even when it isn’t changing position on the screen. That would be useful for rotating images or rotating on-screen dials like volume controls.

And the games you play on your smartphone could get a lot more interesting, too. Instead of using the current, sloppy modes of controlling aim, for instance, players could point their finger at the display and angle it toward the target they’re trying to hit. The technology would open the door to an array of more natural gestures and controls for games and other apps alike.

As Liszewski notes, there’s no timeline as to when you might see a feature like FingerAngle implemented in Android or iOS. He thinks that since it’s enabled entirely by software, users will likely see a version of the functionality in third-party apps first. But, he adds, “It’s all dependent on who’s willing to cough up the money to license this slick technology first.”

Mark Wilson reports for Co.DESIGN that Apple has spent a considerable amount of time and money trying to solve the same problem that FingerAngle addresses. The Apple Pencil that the company introduced with the new iPad Pro users accelerometers to measure the angle of the stylus as you draw, creating thick or thin lines in response to how you use the stylus.

But the most appealing benefit of a solution like FingerAngle is that it doesn’t require any new hardware to implement. If companies like Apple and Google add the technology to their operating systems, it could come to the devices that you already own, without requiring any physical modifications. That seems possible given that some of Qeexo’s other touch technology is already implemented in some of Huawei’s smartphones.